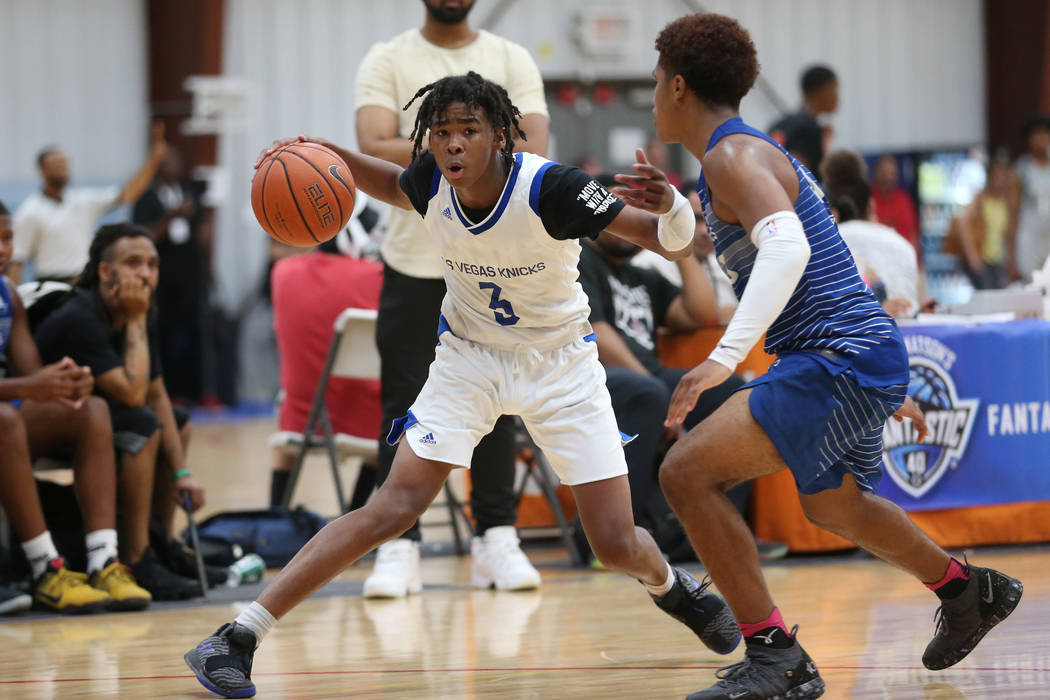 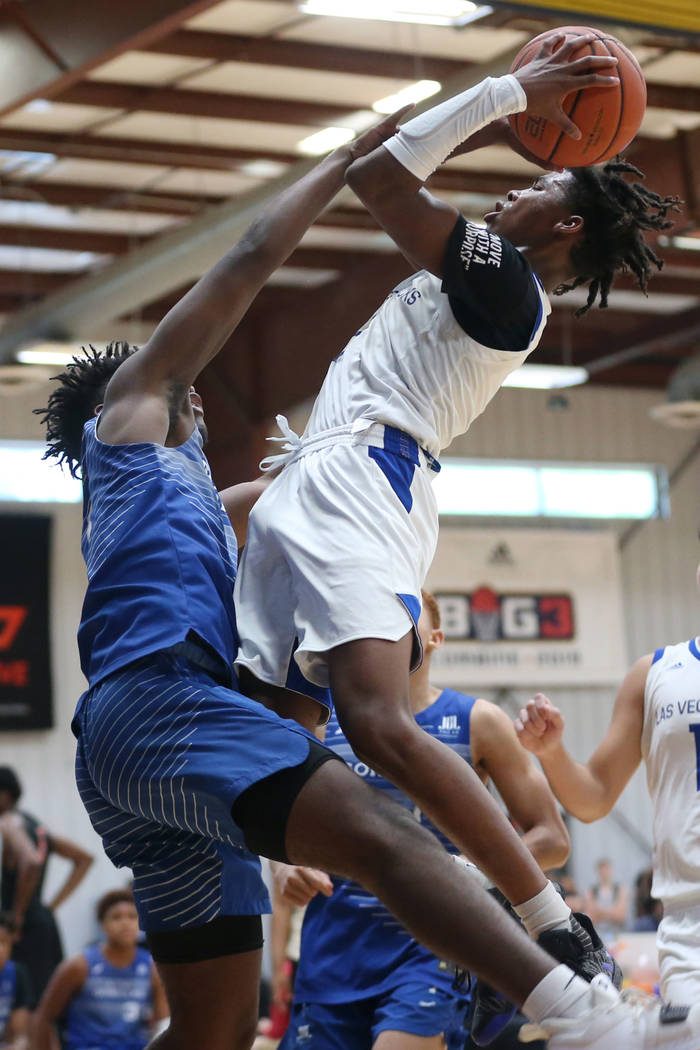 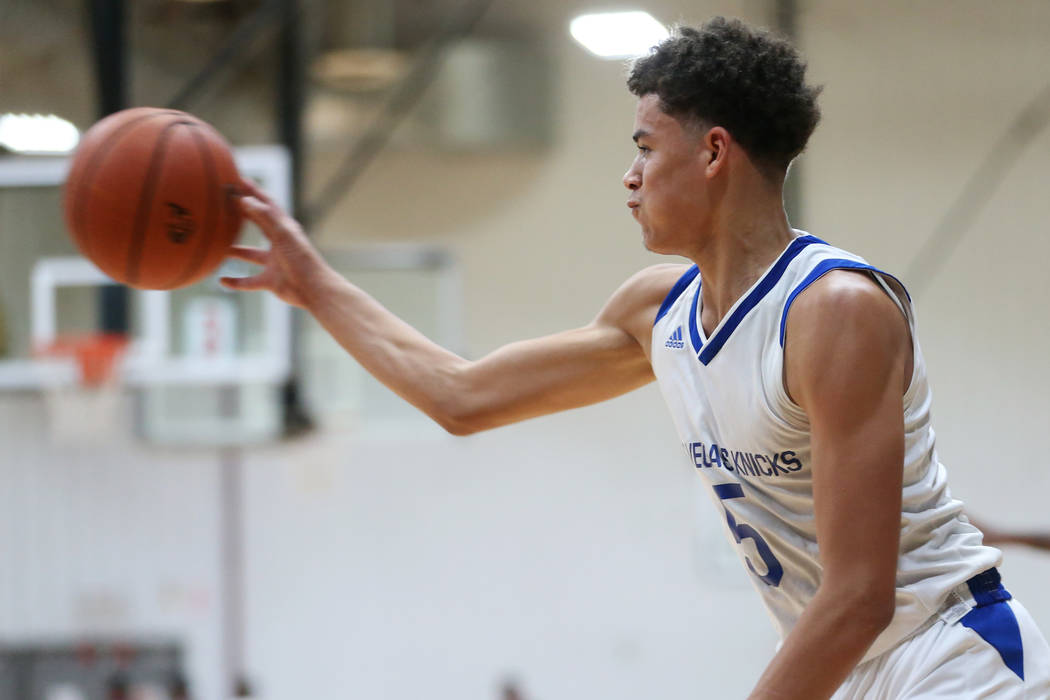 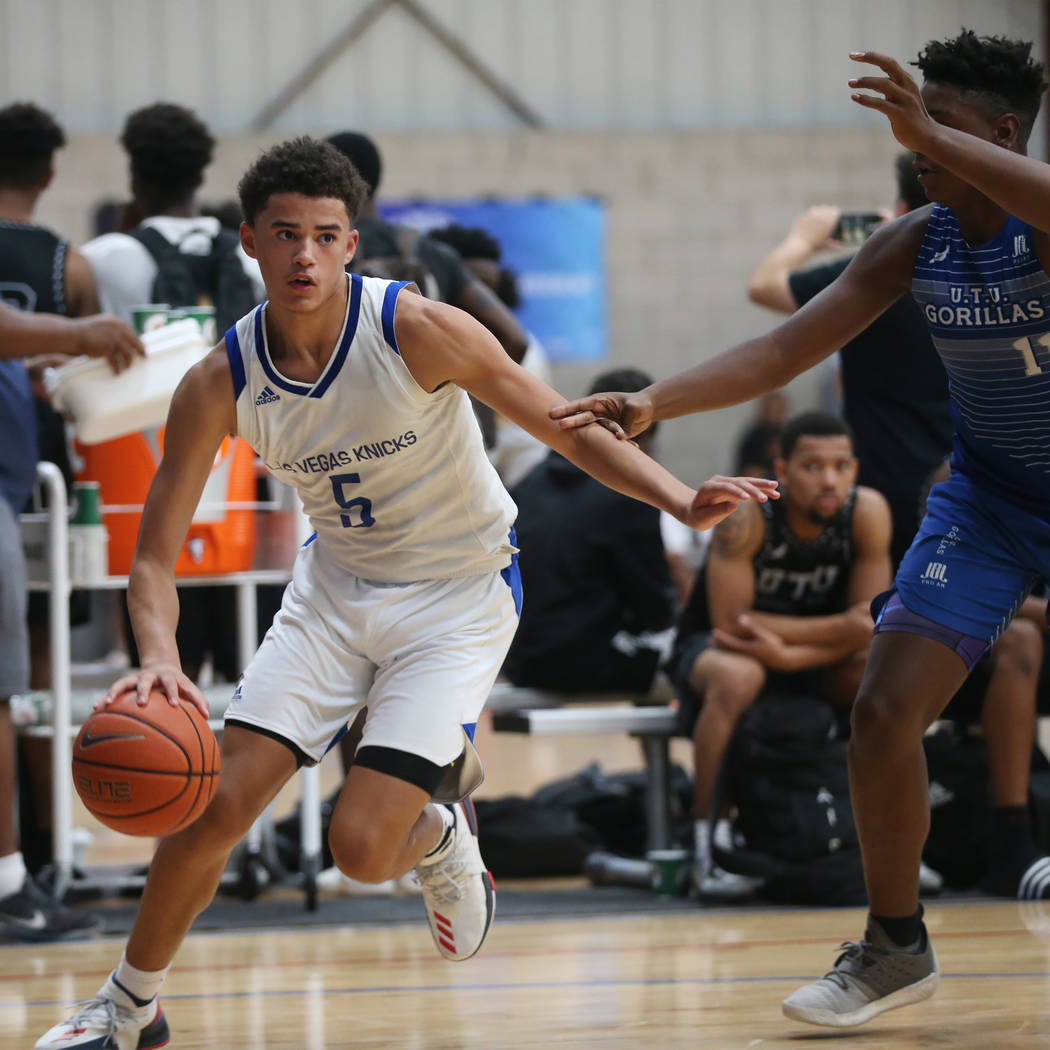 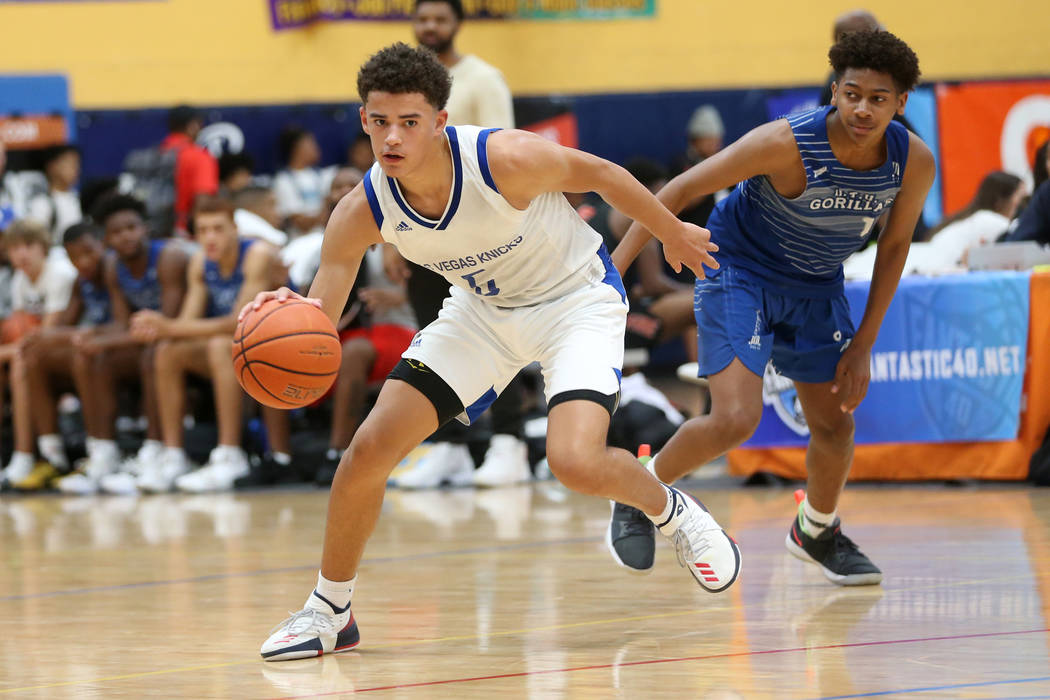 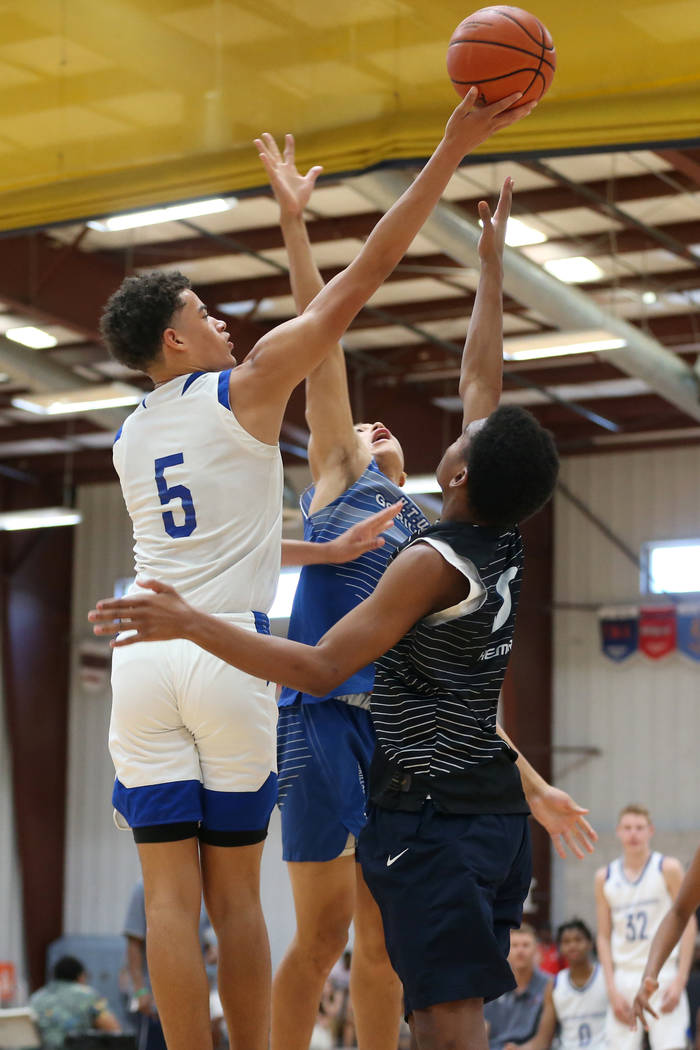 Durango High guard Keshon Gilbert first believed he could play at the Division I level after starring in a basketball highlight mixtape in the eighth grade.

He’s in a few more mixtapes now that he’s entering his junior year and has a few Division I scholarship opportunities, too.

Gilbert received offers from Long Beach State, Fresno State and UNR during his club basketball season with the Las Vegas Knicks and is positioned to become one of the top guard prospects on the West Coast. The 6-foot-2-inch point guard averaged 15 points in the spring and summer to lead the program’s under-16 team in scoring.

Gilbert arrived in Las Vegas as a freshman by way of Peoria, Illinois, and St. Louis, where as a child he began fantasizing about playing college basketball. He excelled early in his playing career and realized after seeing his highlights that he was better than the majority of his peers.

So he started working harder.

“I felt good about that,” he said of realizing his potential. “I know that there’s going to be a target on my back at the end of the day. Everybody wants my spot.”

Gilbert debuted for Durango last season as a relative unknown with little hype but a lot of potential. He scored 40 points in a game at the Tarkanian Classic and averaged 15.3 points on 54.5 percent shooting, 4.3 rebounds and 2.8 assists.

He carried his play into the club season with the Knicks and received his first offer — from Long Beach State — in May.

“It’s a blessing, honestly, because a lot of people don’t get that opportunity,” Gilbert said Friday after a victory in the Fantastic 40 at the Tarkanian Basketball Academy. “I don’t take it for granted. It’s a good feeling.”

Gilbert is a throwback point guard who seeks to involve his teammates before creating his own offense. He can score from either the paint or the perimeter and is a tenacious on-ball defender who instinctively hunts the ball.

Bigby said he thinks Gilbert can develop into a high-major prospect and is more impressed with his intangibles than his skills.

“He has the ability to take over a game offensively and make baskets,” Bigby said. “And he knows when to do it and when not to do it.”