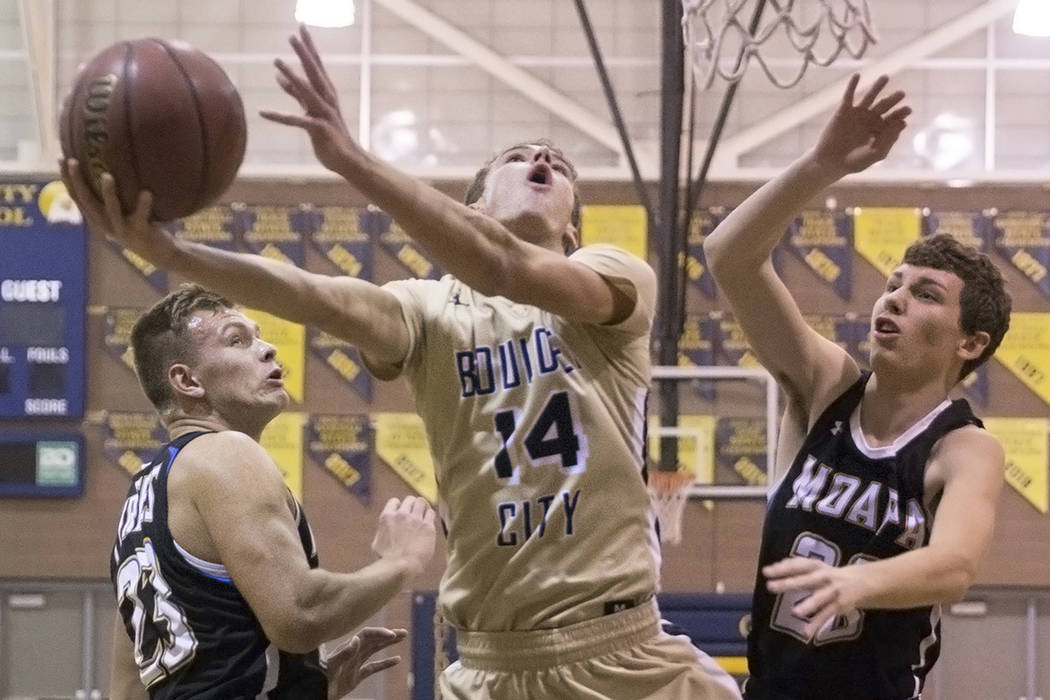 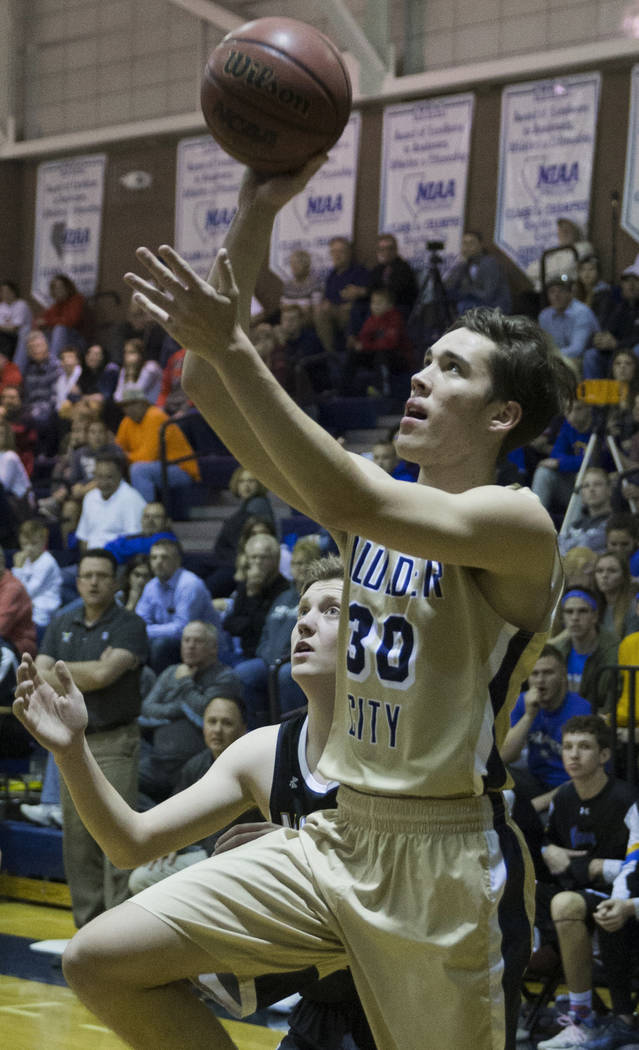 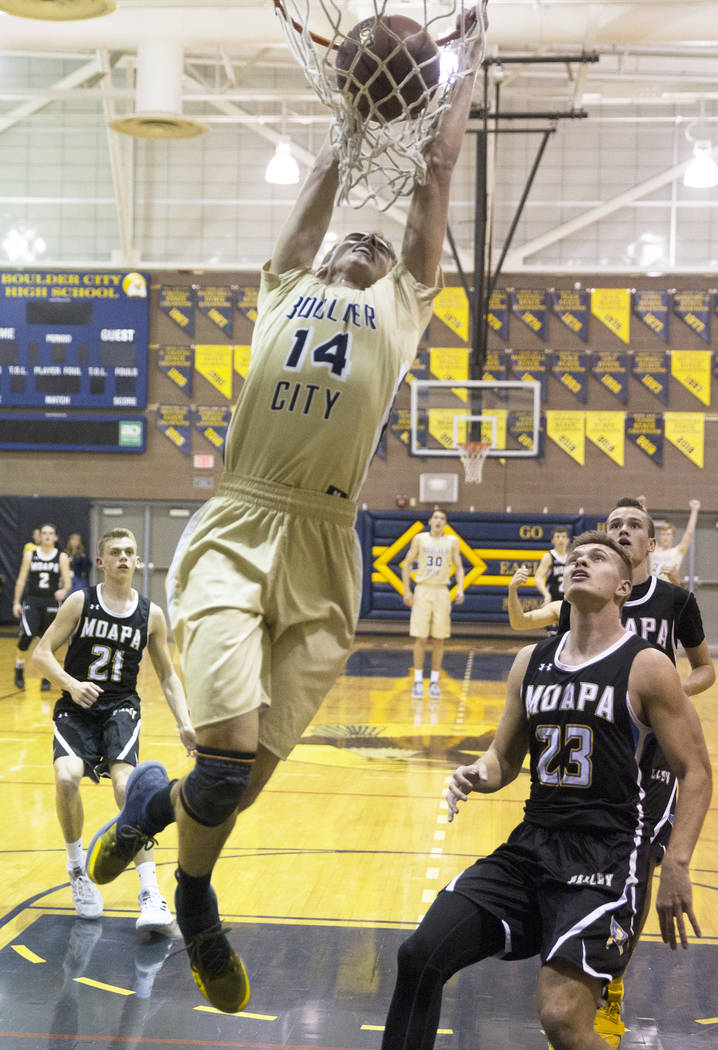 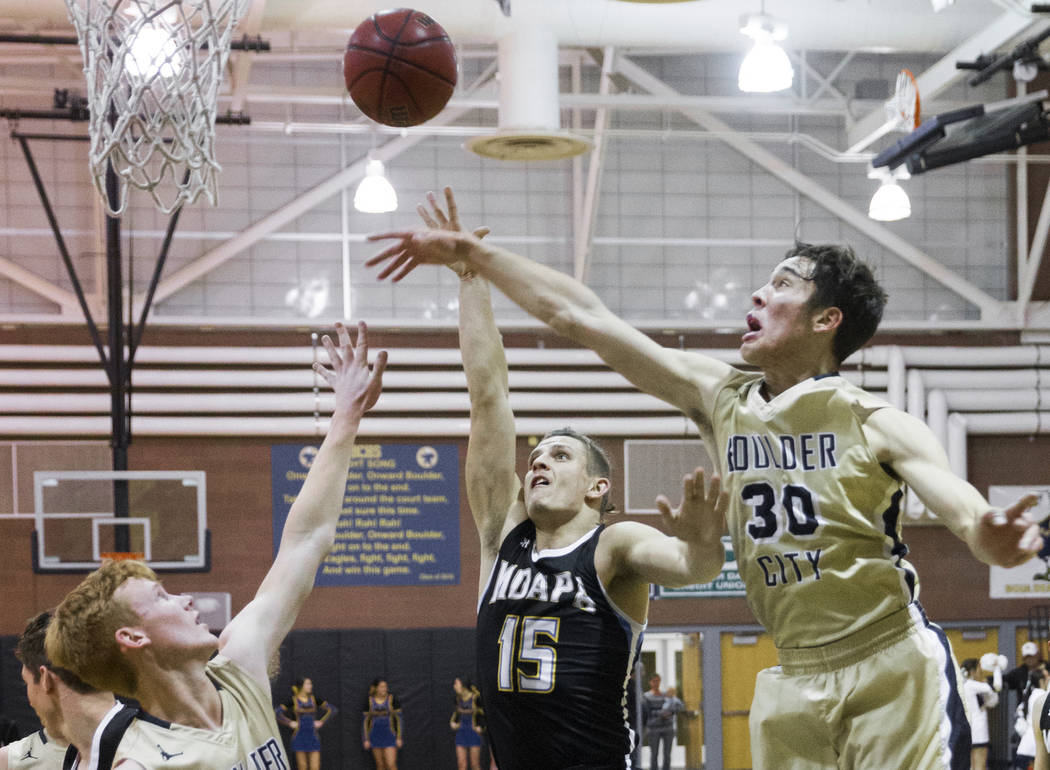 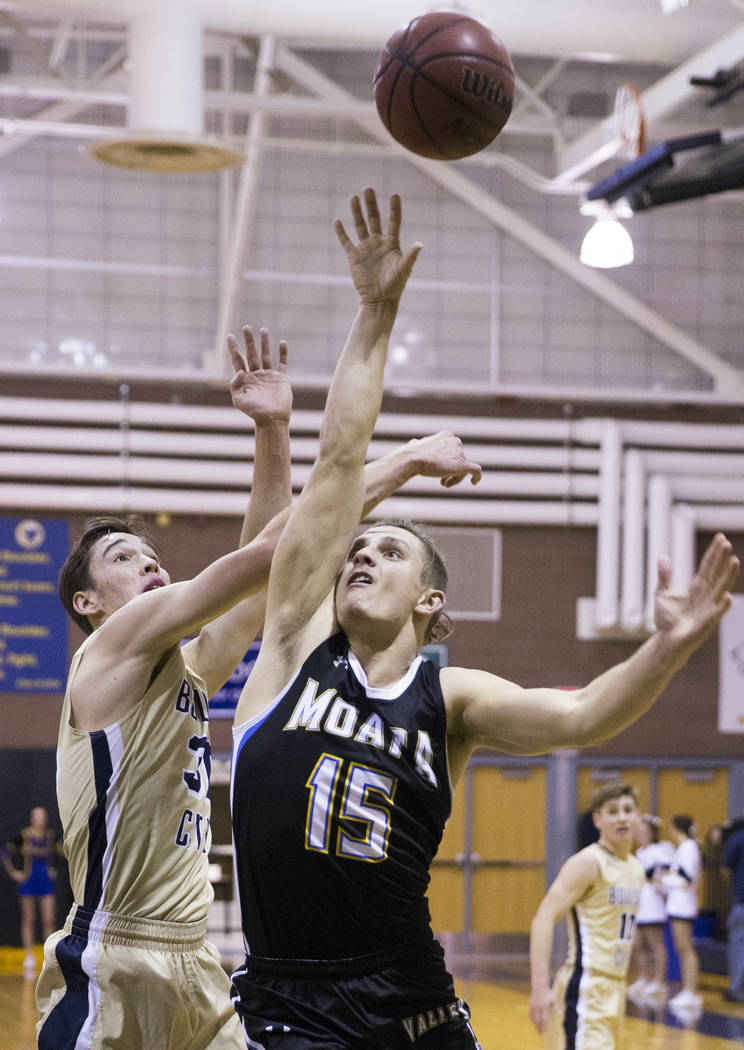 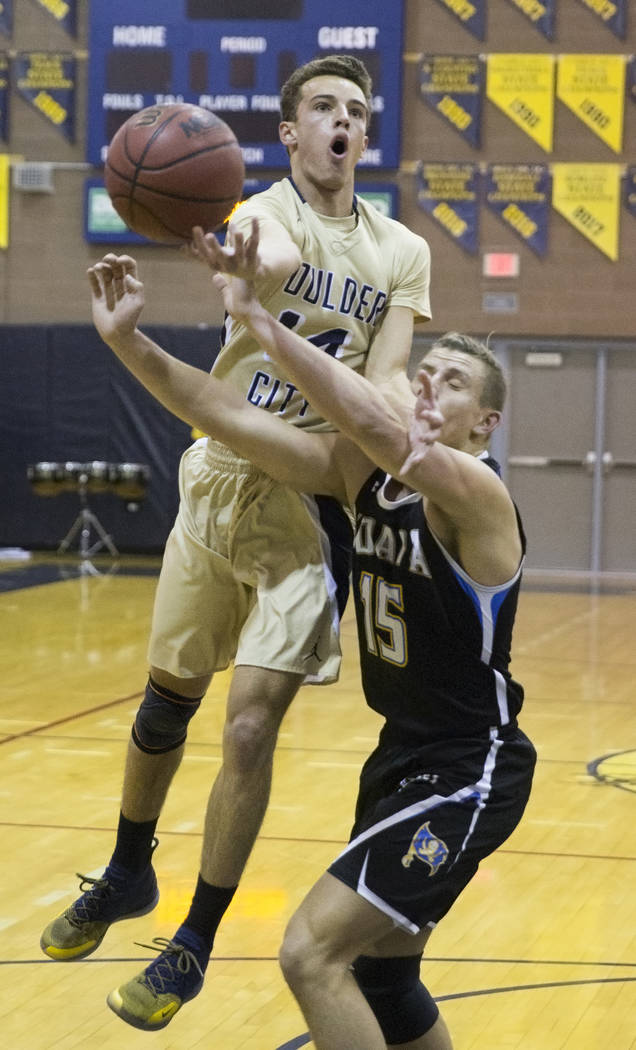 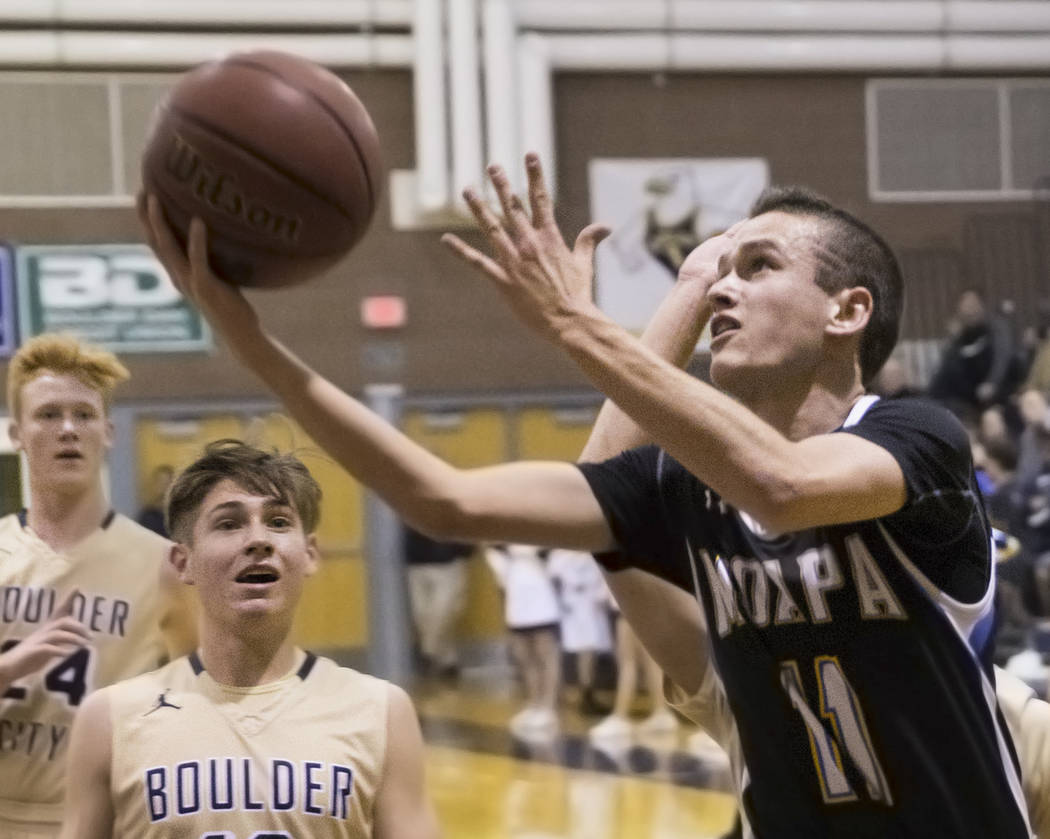 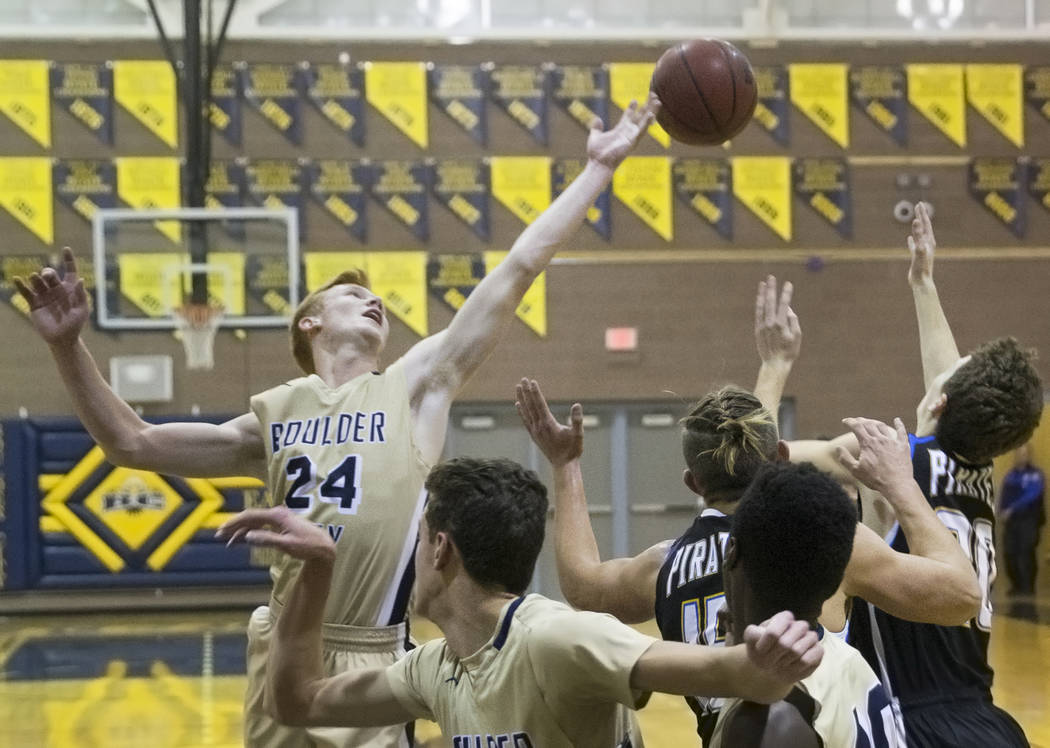 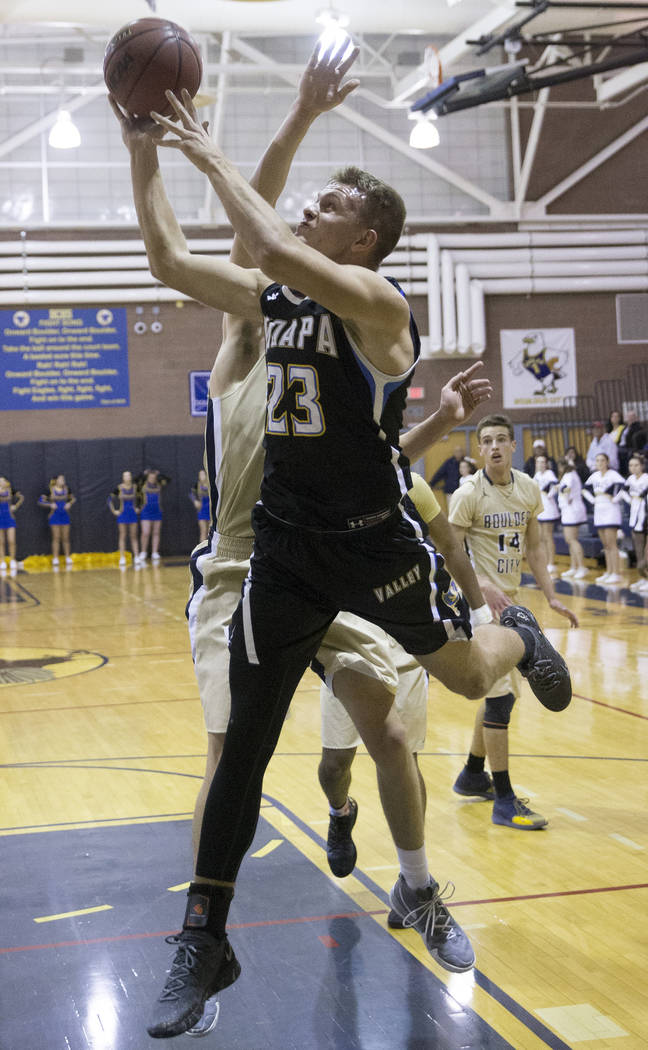 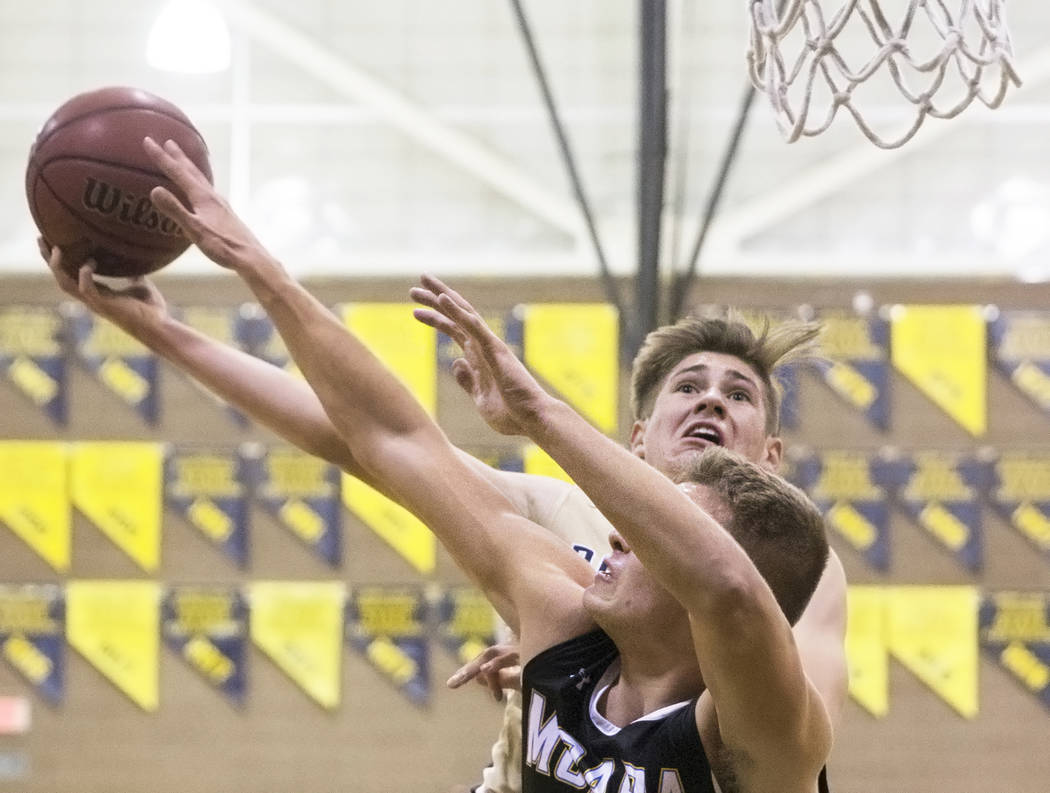 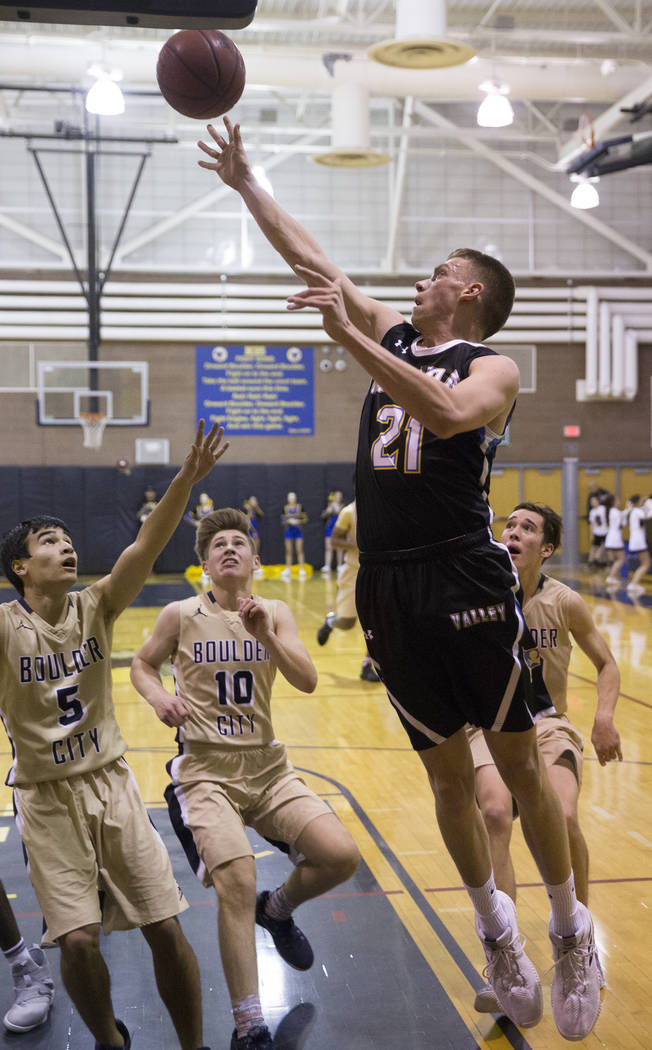 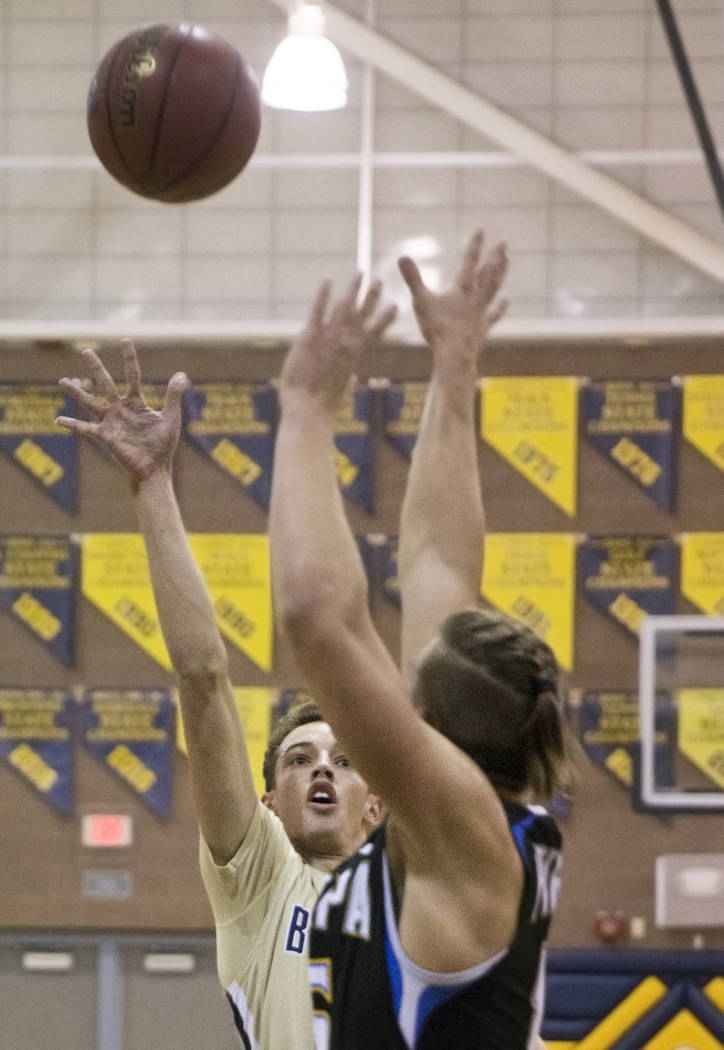 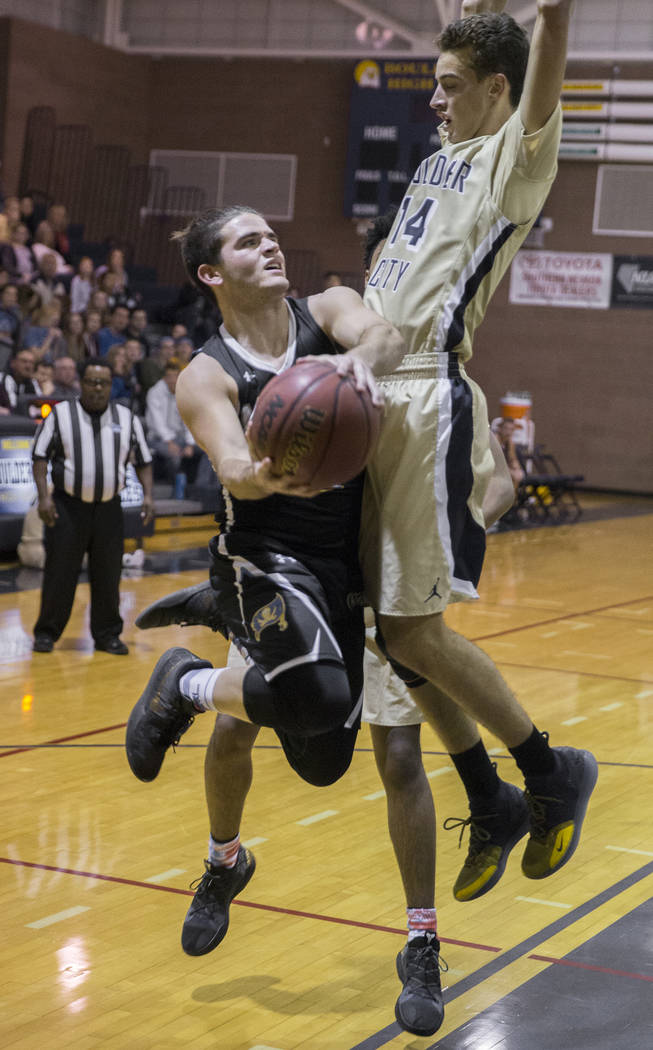 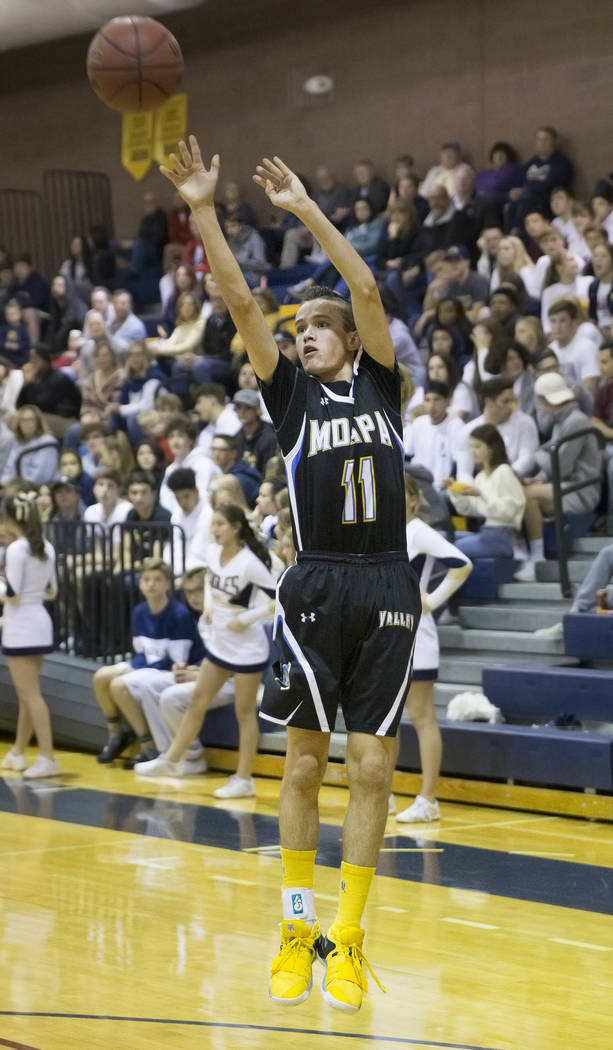 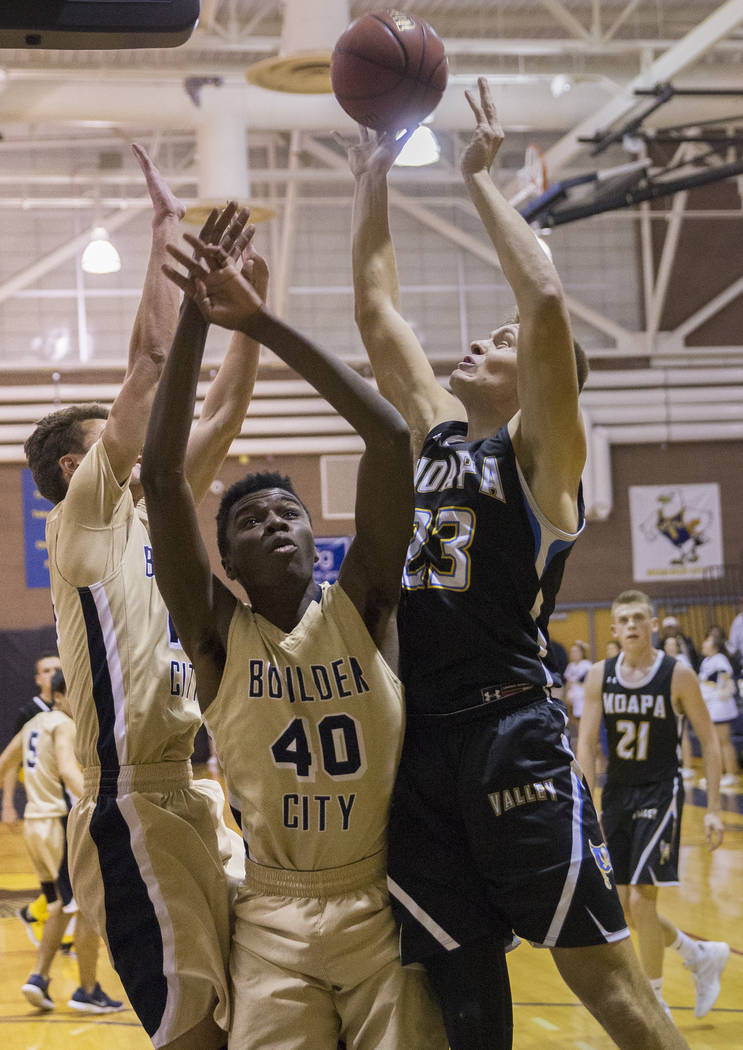 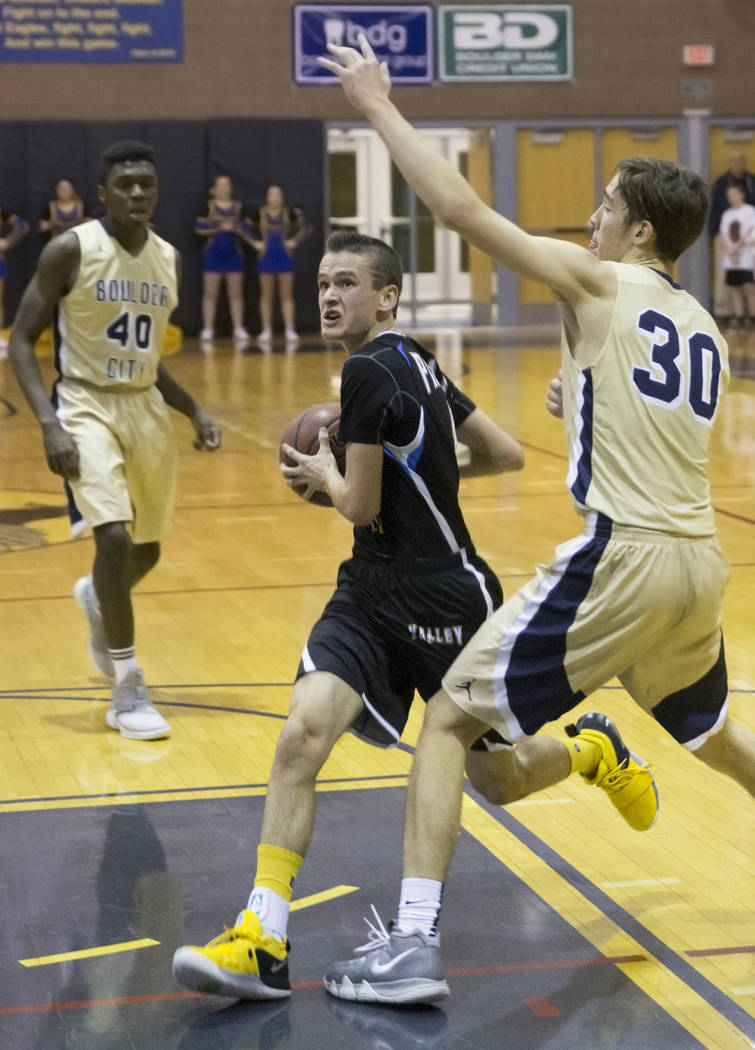 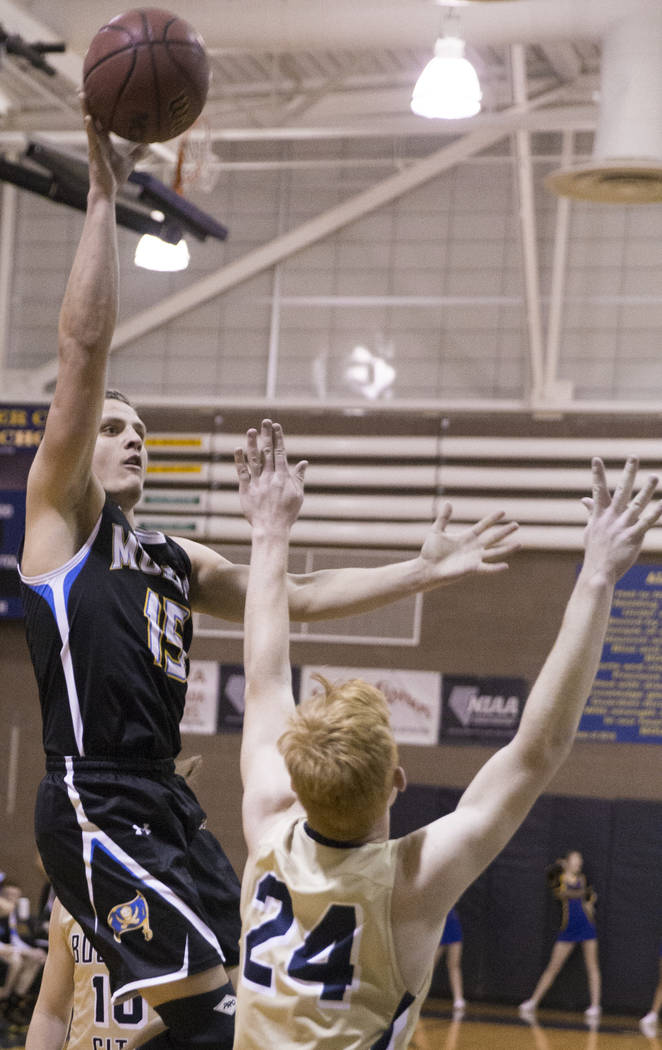 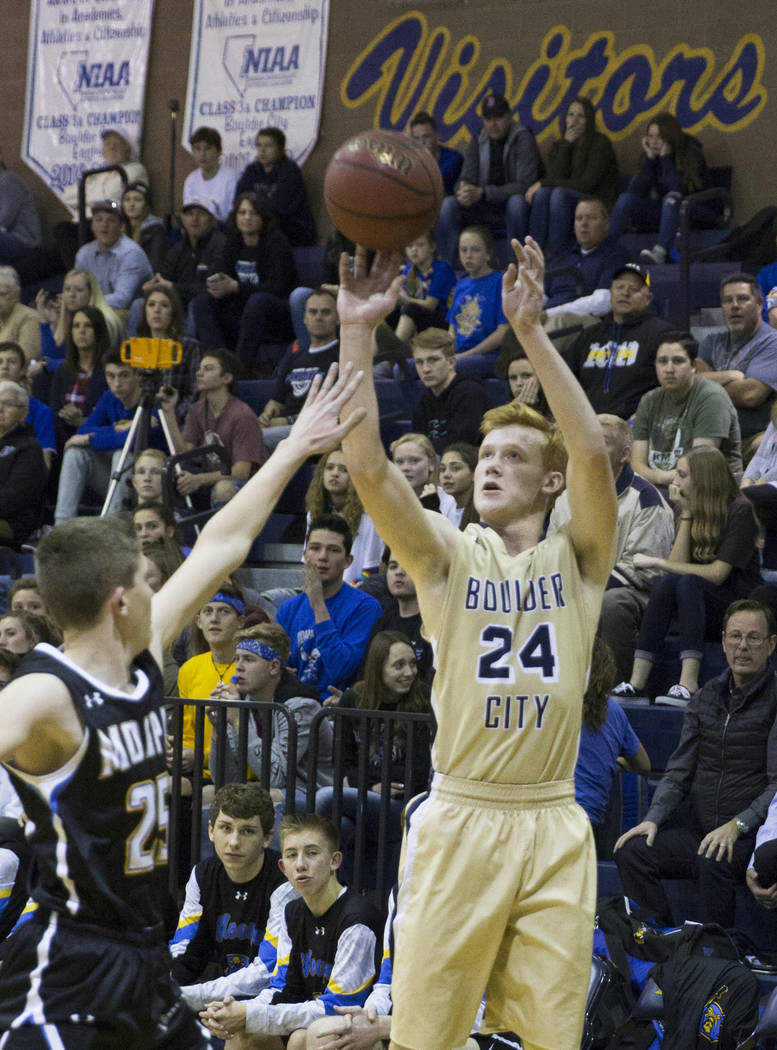 The Eagles promptly gave up a deep 3-pointer.

And then allowed only two more points in the next 3:50.

It was enough for Boulder City to open up a 13-point lead on its way to a 71-60 home win over Moapa Valley and maintain sole possession of first place in the Class 3A Sunrise League.

“I just wanted them to show some toughness,” Balistere said. “They were beating us to every loose ball and just outplaying us. I just wanted to reiterate what we’re good at. We were giving them too many open looks.”

Cameron Reese’s 26-footer with 1:13 left in the third quarter allowed the Pirates to creep within 47-43, but a three-point play by Karson Bailey just 12 seconds later started a game-clinching 11-2 run for the Eagles, who bumped the lead to 58-45 on a Derrick Thomas free throw with 5:42 to play.

Moapa Valley never cut its deficit to less than eight the rest of the way as the Eagles (18-3, 5-0 Sunrise) made 15 of 20 free throws in the fourth quarter.

“We did a nice job of grinding it out,” Balistere said. “When we needed to, we settled in.”

Ethan Speaker led Boulder City with 23 points and 13 rebounds, 12 of those defensive.

“He’s a big difference-maker,” Balistere said. “When he really puts his mind to it and gets after it, he’s a beast on the boards. I’m glad he’s on our team.”

Thomas scored 16 of his 21 points in the second half as the Eagles expanded on a 33-32 halftime lead and won for the 10th time in their last 11 games.