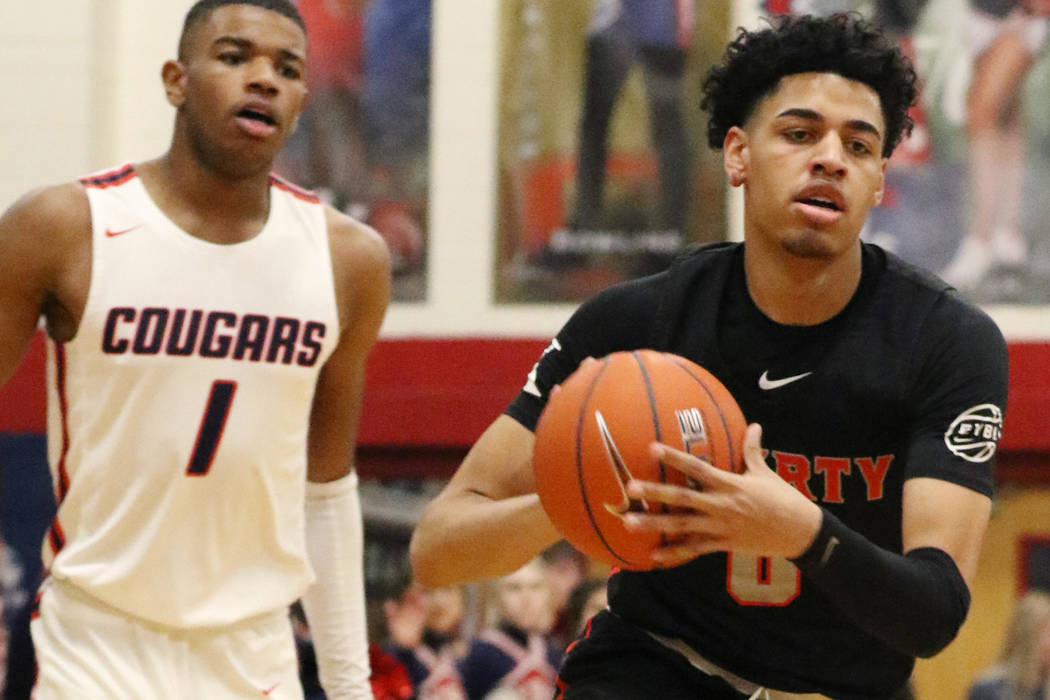 Liberty’s Julian Strawther reached the 2,000-point plateau with a 3-pointer in the first quarter as part of a 25-point night in the Patriots’ 79-52 win over Tech.

Strawther, a 6-7 forward, has signed to play at Gonzaga. Liberty coach Stefan Berg has watched him continuously add pieces to his game to become a more complete player.

“He’s very gifted basketball-wise,” Berg said. “But he puts in the work. He had a game earlier this year when he set the HoopHall (tournament) record with 51 points, and he did it with only three 3s. That shows he’s developed a midrange game and getting to the basket in addition to being able to hit long 3s.”

Berg said it’s hard to pick out any particular performances as Strawther’s best since he’s been a consistent scorer throughout his career, but one did stand out. That came during Strawther’s sophomore season, when he had 44 points on 19 shots against Coronado and made a three-quarter-court shot. That was one of his six 3s in the game, and he added 12 rebounds.

The Patriots are 9-6, 2-1 in Southeast League play, so there’s still plenty of season left for Strawther to add to his totals. Berg said he used Strawther as an example for his younger players on how to model themselves as a player and person.

“He’s a great kid. He comes from a good family,” Berg said. “He has two sisters and one of them (Paris) played at UNLV, so it’s a basketball family. He’s well-liked by his peers, teachers, administration, and he’s always a kid that represents Liberty well.”

Bishop Gorman senior outside hitter Tommi Stockham was recently named the Gatorade Nevada Volleyball Player of the Year for the second straight year.

Stockham, who has signed to play at Indiana, led the Gaels to a 34-7 record and their second state title in a row and third in her four years. She had 622 kills, 402 digs, 92 blocks and 79 aces in her senior season.

Liberty coach Rich Muraco has been nominated for the Don Shula NFL High School Coach of the Year Award.

Each of the NFL’s 32 franchises nominates a coach for the award, and the Raiders chose Muraco after his team ended Bishop Gorman’s 10-year stranglehold on the state’s top spot. The Patriots defeated the Gaels 30-24 in overtime in the Desert Region final and went on to win its first state title two weeks later.

“Obviously I’m very honored,” Muraco said. “I get to go to the Pro Bowl and take my wife. I’m not going with any thought that I’m going to win (national) Coach of the Year. People here understand the significance of the win over Gorman, but I’d guess the award will go to somebody whose team was undefeated.”