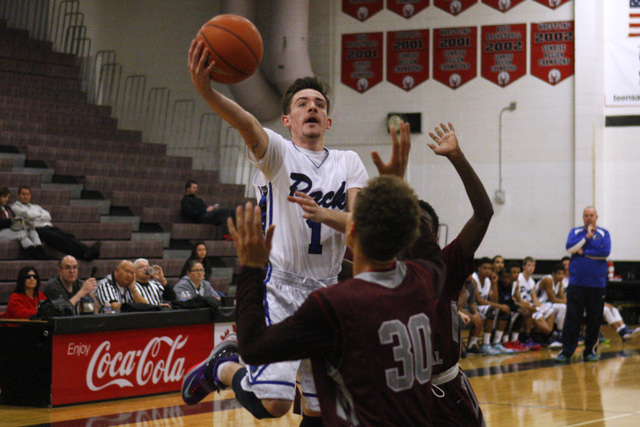 Basic guard Jared Meacham shoots over Cimarron-Memorial center Joe Tito during their Las Vegas Prep Championship game Friday. Meacham had all 18 of his points in the second half as Basic won, 78-58. (Sam Morris/Las Vegas Review-Journal) 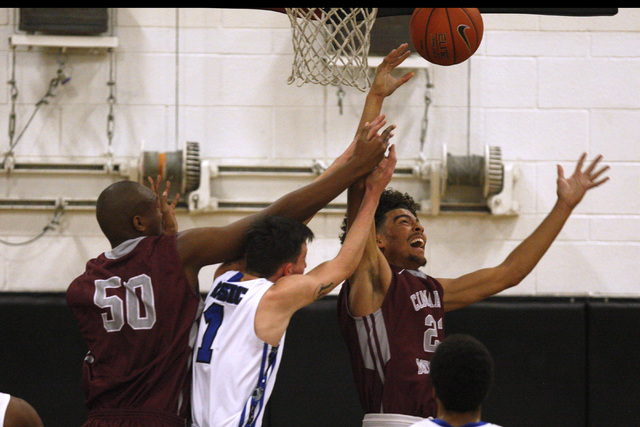 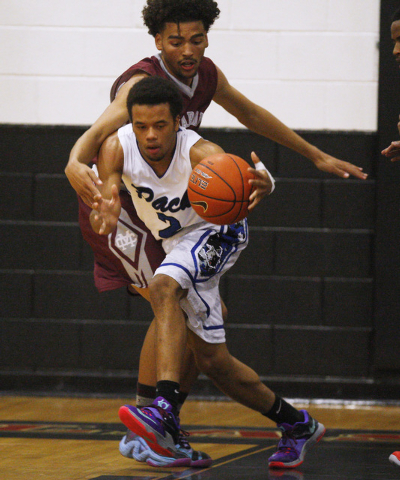 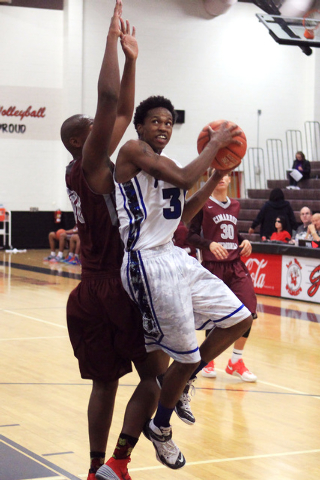 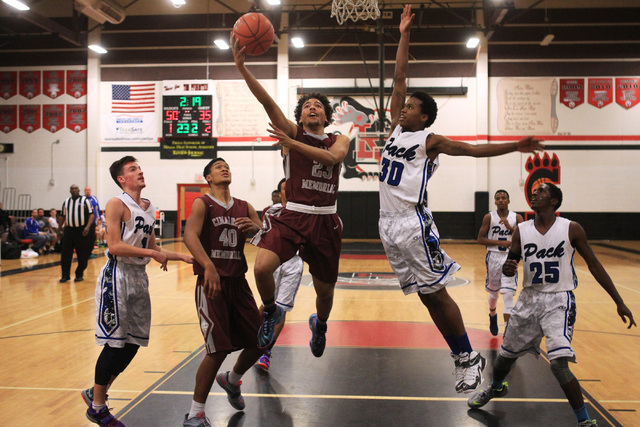 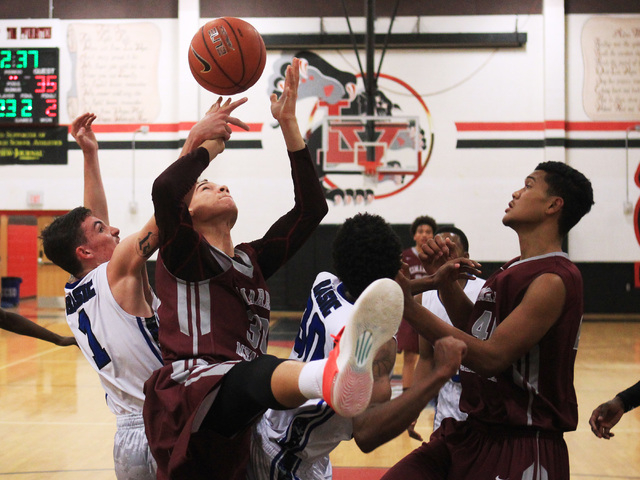 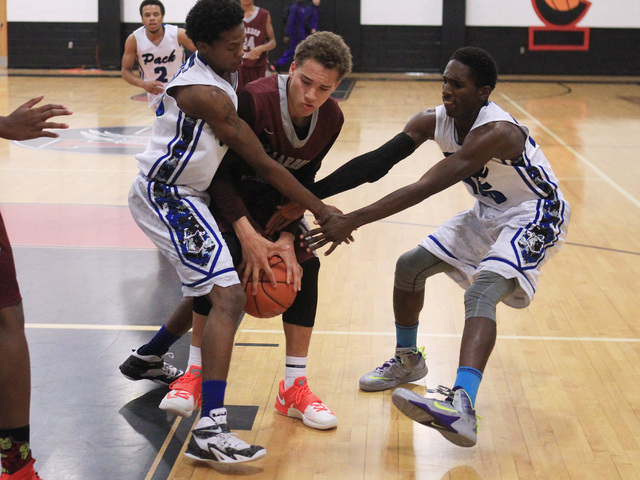 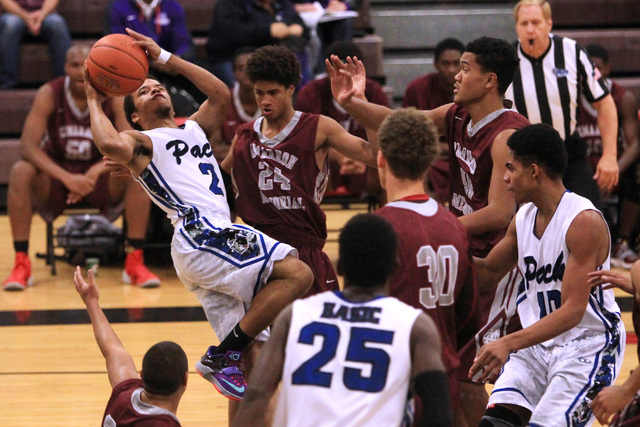 Basic’s boys basketball team has suffered some ugly losses in the early going this season, but coach Leonard Taylor still thinks his team can compete for a league title.

The Wolves showed the reason for Taylor’s confidence in the second half on Friday.

Basic opened up the third quarter with a 22-2 run and rolled to a 78-58 victory over Cimarron-Memorial in the Las Vegas Prep Championship at Las Vegas High.

“We woke up in that second half,” Taylor said. “We got stagnant in the second quarter. We just weren’t playing with intensity. We were flat.”

That totally changed in the second half, as the Wolves came out in a swarming zone defense that gave the Spartans fits. Cimarron turned the ball over eight times in the third quarter, and Basic turned those turnovers into 12 points to spark the run. For the game, the Wolves scored 36 points off 27 Cimarron turnovers.

“Those are created turnovers,” Taylor said. “We turned it up a little bit, and they couldn’t handle the pressure. That’s what that run was about in the beginning of the third quarter. They hadn’t seen that kind of intensity all night because we didn’t open up with it.”

The Wolves (8-5) also got a boost from guard Jared Meacham, who scored all of his team-high 18 points in the second half. After going 0-for-8 from the field in the first half, Meacham was 7-for-10 in the second, including 3-for-5 on 3-pointers.

“He filled it up,” Taylor said. “We made the extra pass in the second half, and it’s something we preach all the time. When we get stagnant, a lot of times we dribble up, it’s one pass and we force up a shot. We don’t succeed when we do that. When we make the extra pass and find the open guy, we have success.”

Josh Villaros also keyed the run with his ability to push the ball up the court and either find the open man or finish on the break. Villaros had 15 points, 12 rebounds, six assists, four steals and two blocked shots.

Robert Sutton added 17 points and seven rebounds for Basic, which was 21-for-34 from the field in the second half. Basic was just 9-for-33 in the first half, including a 3-for-18 mark in the second quarter.

“I said at the beginning of the season that this is the best basketball team I’ve ever coached,” Taylor said. “I think you can see glimpses of what I’m seeing as to why. If we can get more consistent, we can make a run at a conference championship. We’ve just got to play like we’re capable of against the big dogs. And right now, we haven’t.”

David McKeever, Chrys Jackson, Ryan Hafen and Kenneth Smith each scored 10 points for Rancho, which outscored Santee 38-13 in the second half.

Ten players scored for the Rams.

Liberty cut the lead to 50-48 on a pair of free throws by Errol Newman with 1:17 to play. The Patriots then forced a five-second violation to get the ball back, but came up empty on the ensuing possession.

Campbell then pushed the ball ahead to Jomar Gapusan for a layup with 44 seconds left that pushed the lead to four, and Liberty would get no closer.