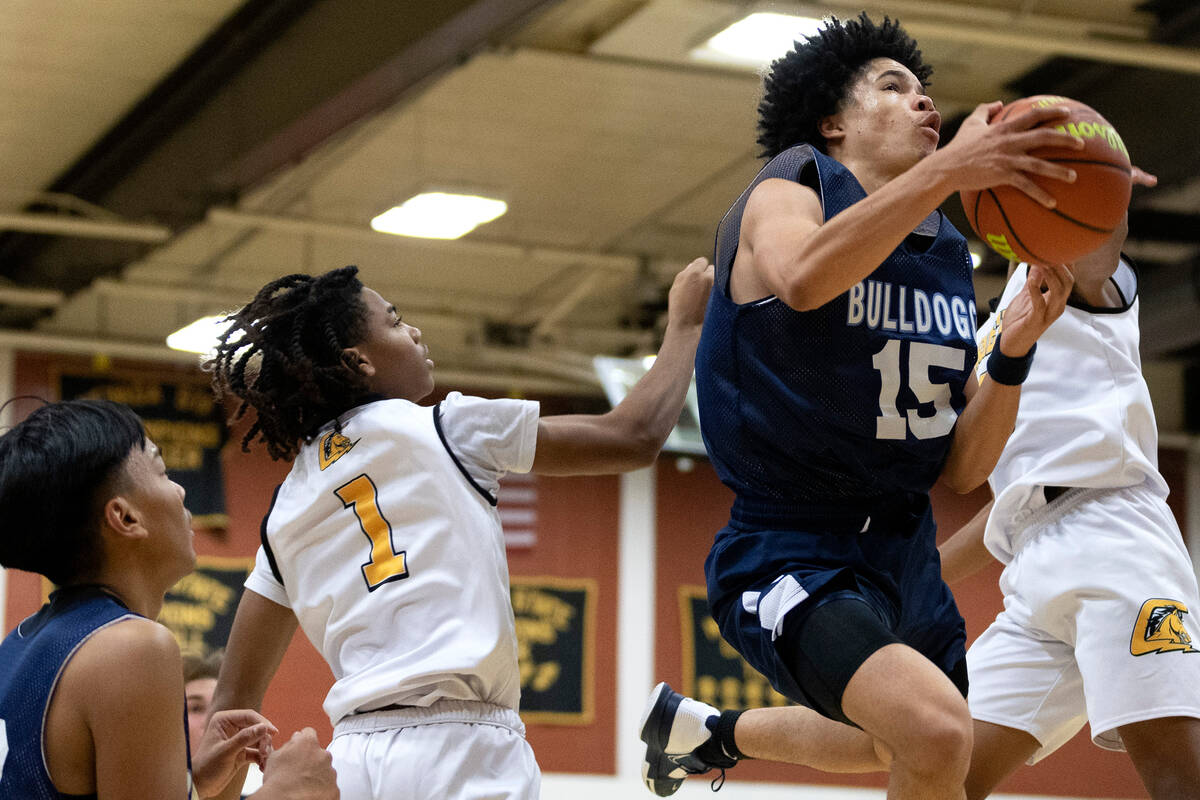 Centennial senior Elijah Burney knows as the point guard his team will go as he does.

It’s a role Burney has embraced and something that new coach Karen Weitz has asked of him.

So far, he’s been doing just that. Burney scored 19 points and added five rebounds and four steals in Centennial’s 55-35 win over Clark last week. For that performance, he was named Nevada Preps Boys Athlete of the Week.

Burney said the early success had built confidence that he hopes can carry over to the rest of his team. One thing Burney hopes to continue the rest of the season is to be a facilitator.

“I love getting my teammates involved,” Burney said. “I love seeing them score off my assists. I’ve got to do everything, get rebounds, steals, keep playing hard all game.”

Burney has heard plenty of praise from his new coach, Weitz. He said it’s been a great start to their relationship.

“We definitely have a very great connection as coach and player,” Burney said. “I just can’t wait to continue to learn from her throughout the season.”

The Bulldogs are off to a 4-1 start. Burney believes Centennial can compete in 5A and turn some heads.

“I’m excited for what we can show,” Burney said. “I feel like we’re underdogs and maybe looked over a little bit. I’m just excited.”