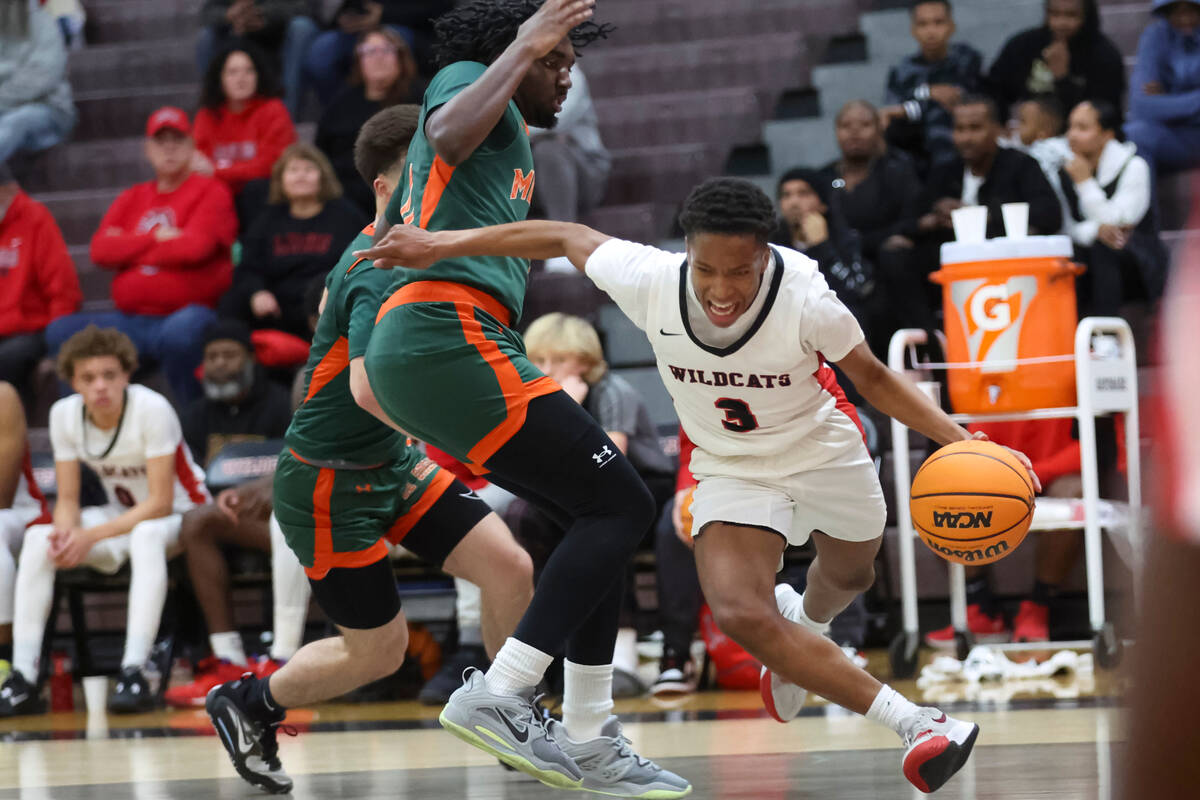 As a freshman last year, Las Vegas High guard Tayshaun Jackson was getting adjusted to the game at the high school level.

With a year under his belt, Jackson is starting to fine-tune his play as he’s getting acclimated to high school basketball.

“I want to work on my pace,” Jackson said. “I just feel more comfortable now that I already played last year. Now I feel comfortable out there.”

Jackson was comfortable last Thursday, scoring 32 points in the Wildcats’ 64-54 win against Green Valley. He also scored 21 in a 90-31 win against Doral Academy last Tuesday.

For his efforts, he was named Nevada Preps Boys Athlete of the Week.

While Jackson demonstrated his scoring prowess last week, he said it starts on the other end of the floor. He touted he and his teammates’ ability to score, but he said they play at another level on defense.

“If we play defense and lock in, we’ll be really good,” Jackson said. “We can score the ball. We all can score really well, and we just have to stop them from scoring. It’s mainly defense.”

The Wildcats made the 4A state semifinals last season. Jackson said it was an exciting experience and that it’s a motivating factor for the Wildcats to work hard to get back there.

He pointed to the team’s chemistry as a reason for its success, Las Vegas has won four of its last five games. With an expanded role, Jackson said he is looking to find his voice as a leader for the Wildcats.