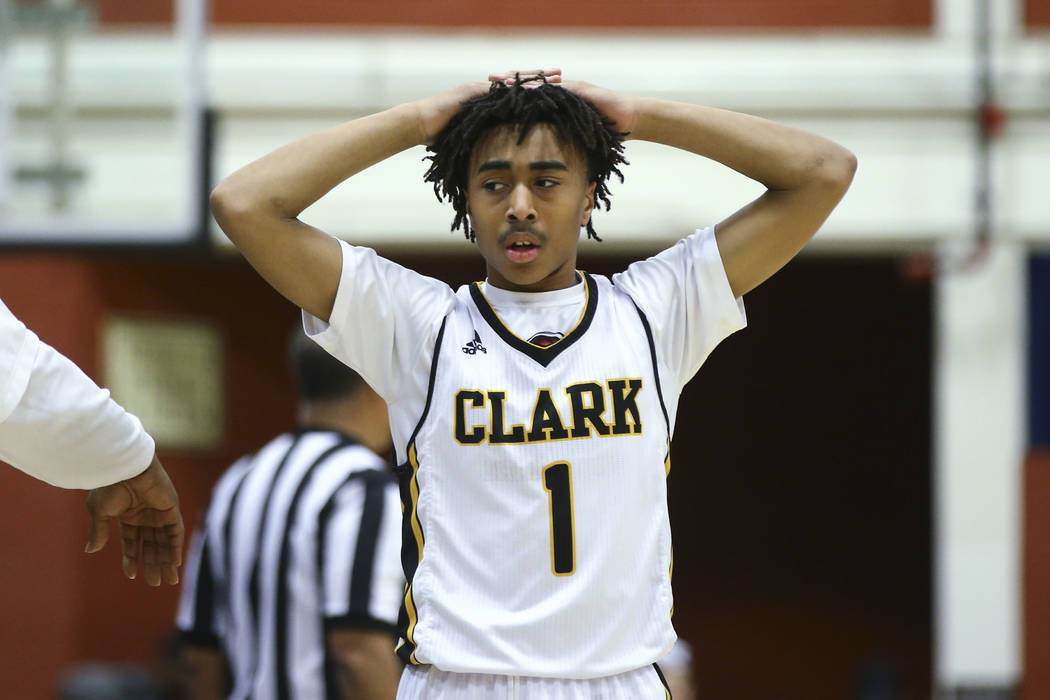 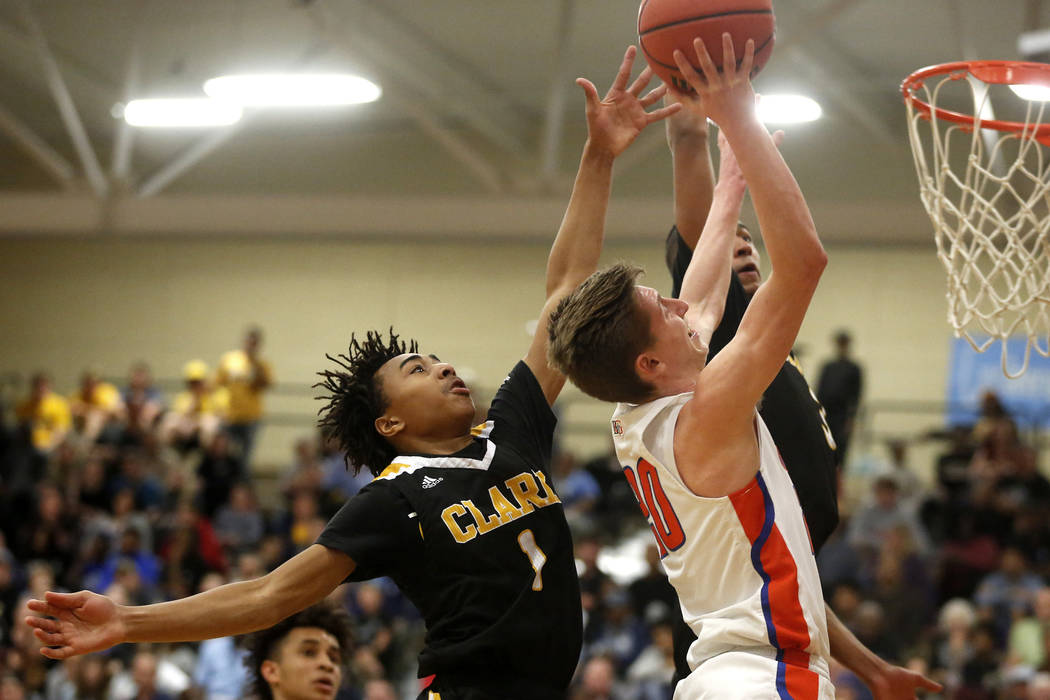 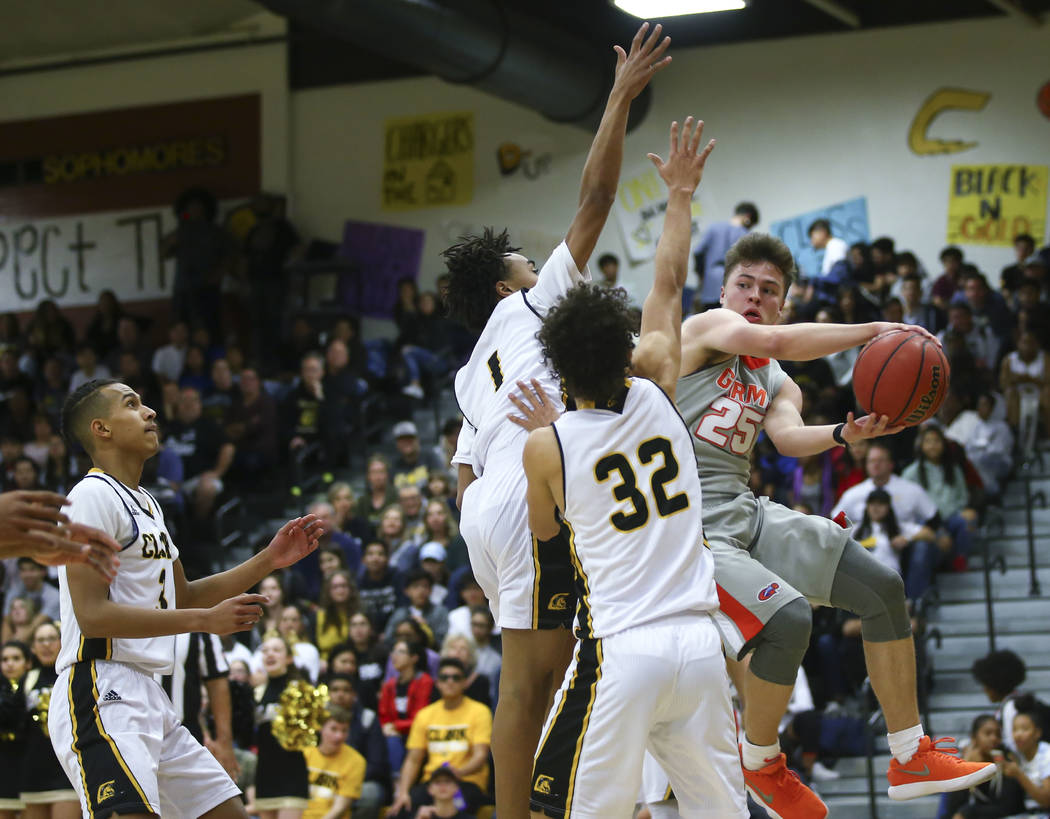 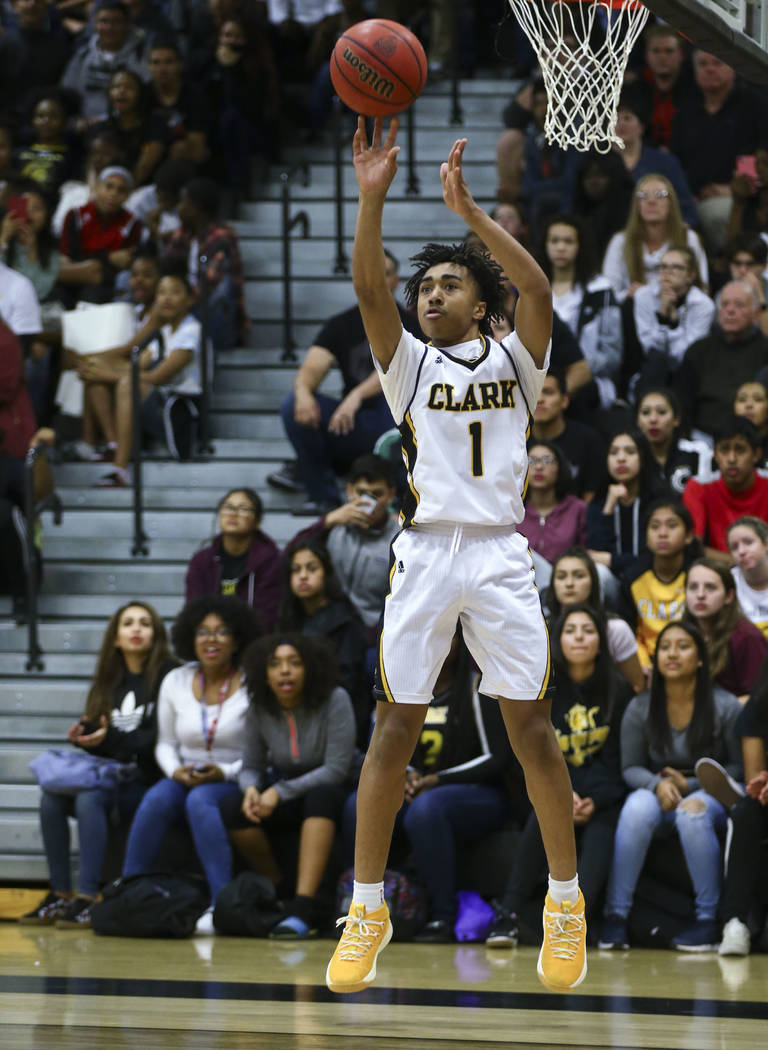 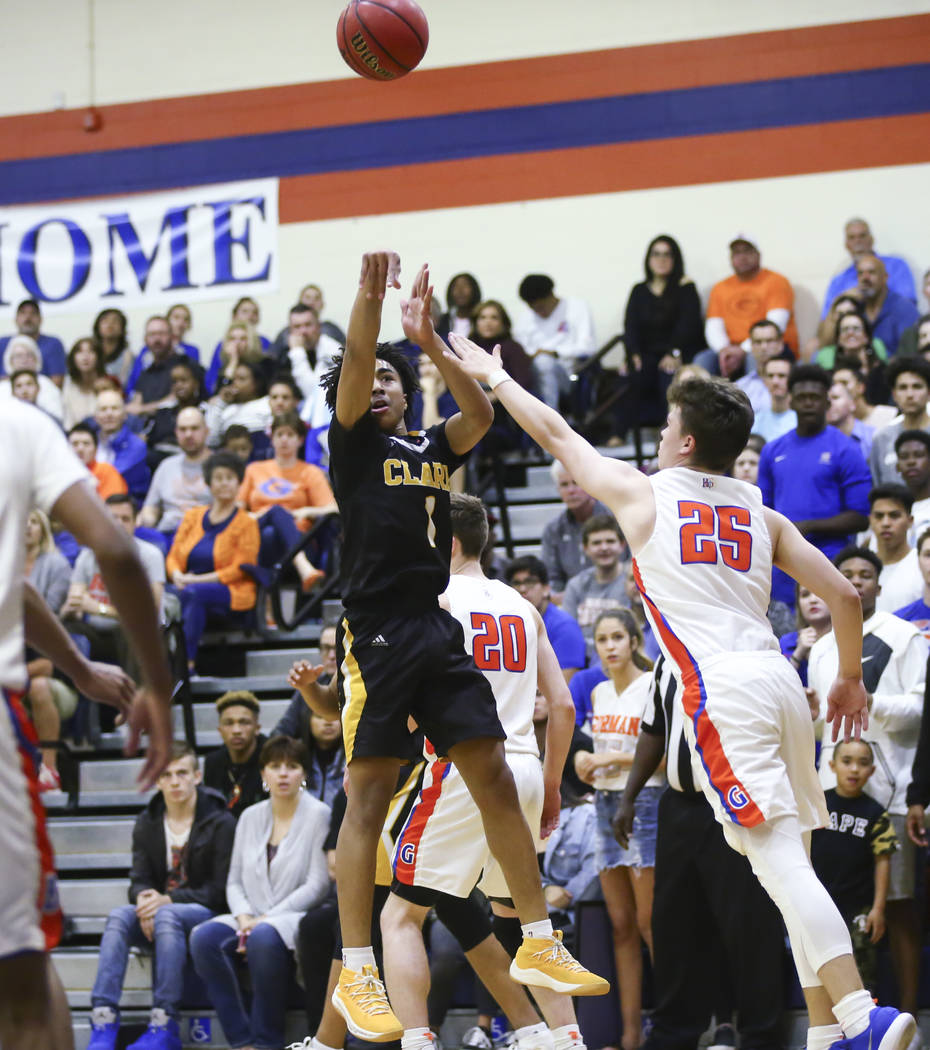 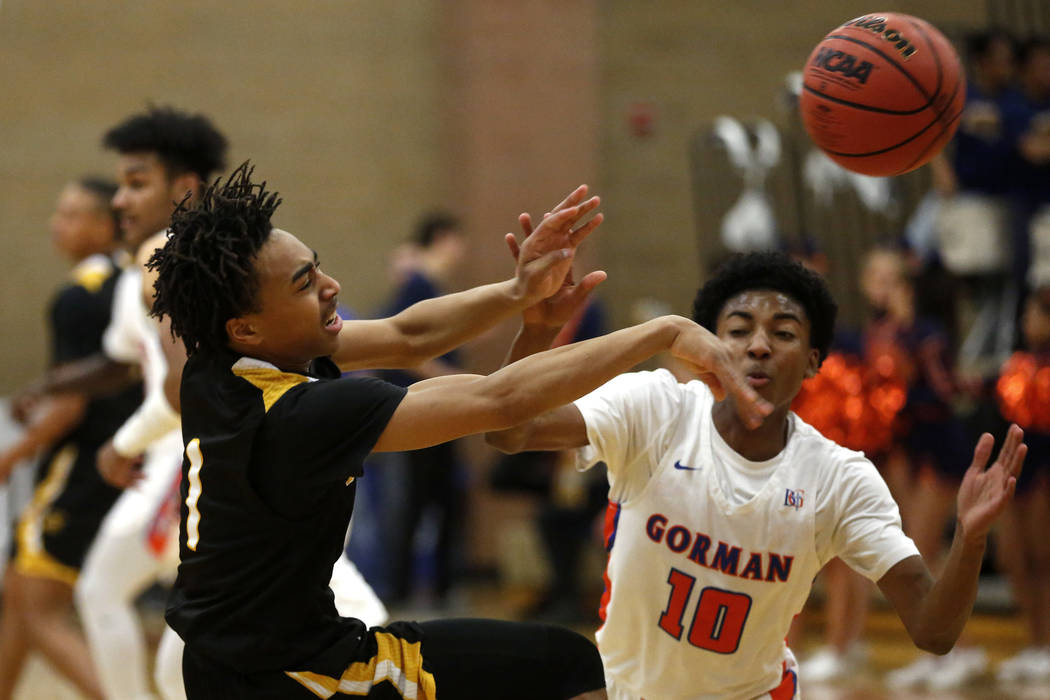 Clark sophomore Frankie Collins was always quick enough to get to the basket, always crafty enough to finish at the rim and always skilled enough to create for his teammates.

Now, he’s mature enough to know when to do what.

The 6-foot-1, 175-pound point guard has six Division-I offers after scoring one from New Mexico on Tuesday. High-major programs like Oklahoma and Texas Christian have also offered Collins, solidifying his unwavering belief that he is growing into one of the West Coast’s best primary ball handlers.

“I lead this team, and I do things that other players had to do last year…It’s a lot of fun,” Collins said. “I can do everything. I like to get my teammates involved. I like to make sure they eat, and I eat, too.”

Collins grew up in Sacramento, California, and moved during middle school to Las Vegas, where he promptly established himself as one of the top young guards in the city.

He spent a few weeks during eighth grade in Milwaukee with his his uncle, Monty Buckley — then an assistant coach with the NBA’s Bucks — to observe how professionals practiced and prepared.

“He was doing three-a-day (workouts),” Buckley explained. “It was just the mentality. ‘If you really want to do this, and you want to go to college, then let’s do this.’ It’s like anything, the more he sees you have to work and what you get out of that, the more gasoline is on the fire.”

Collins was inspired by that experience, and continues to work out multiple times a day. He earned a spot on Clark’s varsity team last year as a freshman, and averaged 6.5 points and 1.7 assists for the Chargers while finding a fit alongside several Division I upperclassmen.

“He was a tough kid, played hard,” Chargers coach Chad Beeten said. “But didn’t have much of an idea how to play.”

So Collins continued his rigorous training during the club basketball season, and was ready to assume the a bigger role for the Chargers in the fall. He’s playing at his pace this season, and has a much better feel for when to score or facilitate.

And the requisite skill to do both.

“We’ve got a high bar set for Frankie, and we’re going to keep pushing him,” Beeten said. “He isn’t even close to where he’s capable of being, and that’s a good thing.”

New Chapter.. Las Vegas ✈️ Portland.. Thank you to everyone who has helped me in any way possible to get to this point..🖖🏽 #GOVIKS pic.twitter.com/2y70QmETgB

Bishop Gorman’s boys basketball team remained No. 9 in USA Today’s Pacific Region Rankings. The Gaels (16-3) on Saturday beat rival Findlay Prep (15), then the No. 10 team in the region.

The Pilots have dropped out of the top 10.