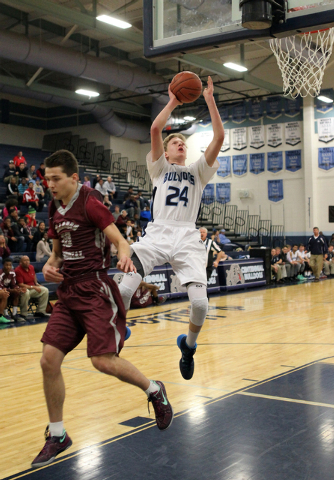 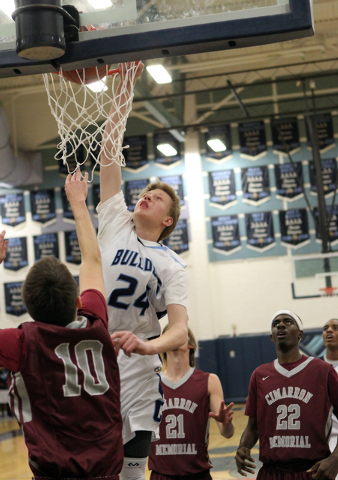 But the 6-foot-6-inch forward found the ideal place for his future with Air Force.

Scheer orally committed Tuesday to play for the Falcons.

“Basically, in my opinion, there’s no other school that compares,” Scheer said. “The education is unbeatable, I love the location, I love the weather and the coaching staff is great.”

Scheer averaged 11 points and 6.1 rebounds last season for Centennial, helping the Bulldogs advance to the Sunset Region title game. He said he was hearing from schools in the Big West, Big Sky, Ivy League and Patriot League.

“Coming into last year, he’s developed quite a bit,” Allen said. “He’s long and he’s been able to jump a lot better. He’s developed into a great player, and we’re very happy for him.”

Scheer said heading to an institution like Air Force will be important well after his basketball career is finished.

“I hear from everyone just how great the school is,” Scheer said. “I know it’s going to be challenging while I’m there, but no other school can beat it as far as what my future’s going to hold from going to this university.”

Now Scheer will focus on teaming with standout sophomore point guard Troy Brown along with senior guard Darrian Traylor, who has committed to UC Irvine, to try to do something special in his senior season. Brown is considered one of the top players in the sophomore class. Traylor missed last season because of injury.

“This year for Centennial, and I’m sure all my teammates will agree with me, we’re going for the state title,” Scheer said. “We’ve got a good team this year. We’re going to try to win this thing.”