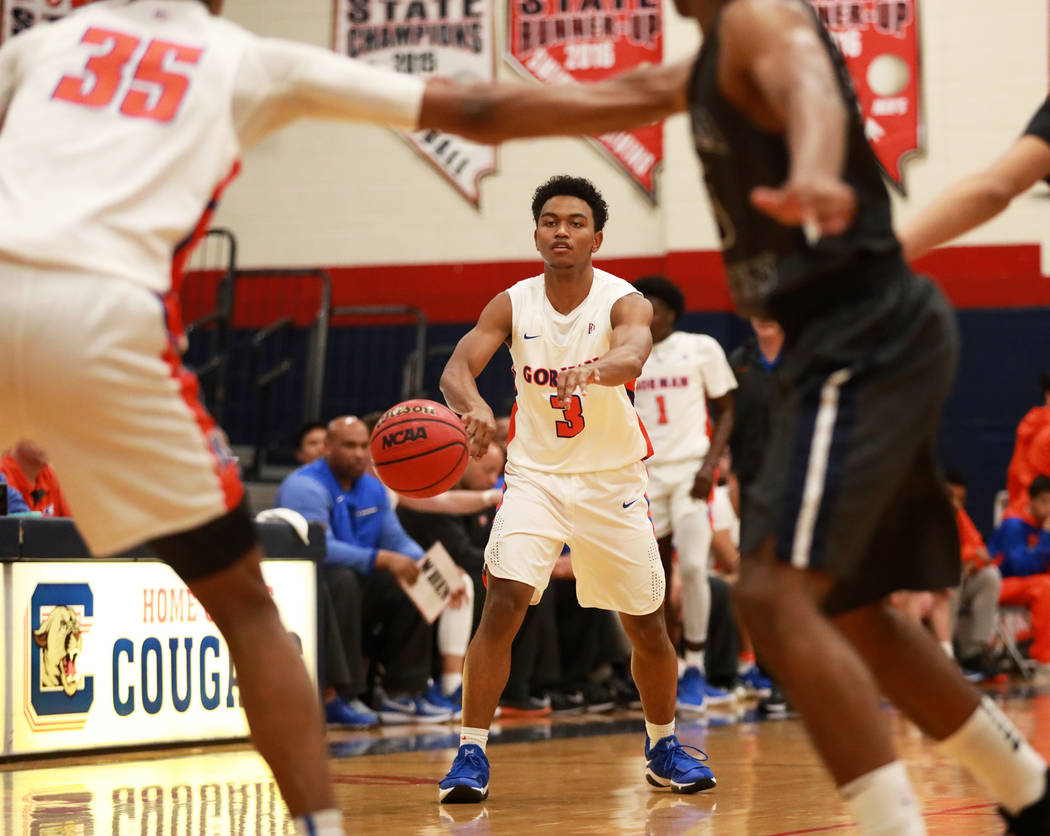 1. Bishop Gorman (15-3, Last week 1) — The Gaels made a statement by beating nationally ranked Sierra Canyon (California) on Monday, and can make another when they play Findlay Prep on Saturday.

7. Las Vegas (14-4, LW 9) — The Wildcats have won nine in a row, and play a nonleague game against Faith Lutheran on Friday.

8. Liberty (10-6, LW 10) — There may not be a more electrifying sophomore in town than Julian Strawther.

9. Desert Oasis (16-7, LW 8) — The Diamondbacks have only league games left on their schedule.

2. Desert Pines (9-8, LW 2) — The Jaguars’ record is not indicative of their talent, and could go on a run during league play.

3. Mojave (11-5, LW 4) — The Rattlers have missed the playoffs the last two years, but could crash the dance this year.

5. Boulder City (14-5, LW 5) — The Eagles have Thursday’s game against Chaparral circled on the calendar.

1. Democracy Prep (17-2, LW 1) — Other than Monday’s game at Class 4A Silverado, it’s all league ames remaining for the Blue Knights.

2. The Meadows (9-7, LW 2) — The Mustangs will put their undefeated league record on the line Wednesday at home against Democracy Prep.

3. Adelson School (7-7, LW 3) — After Tuesday’s long trek to Lincoln County, the Lions will head across town to play Lake Mead on Thursday.

1. Pahranagat Valley (14-2, LW 1) — The Panthers continue to roll through their schedule.

4. Word of Life (2-12, LW 4) — The Eagles could make the playoffs despite a putrid nonleague record.