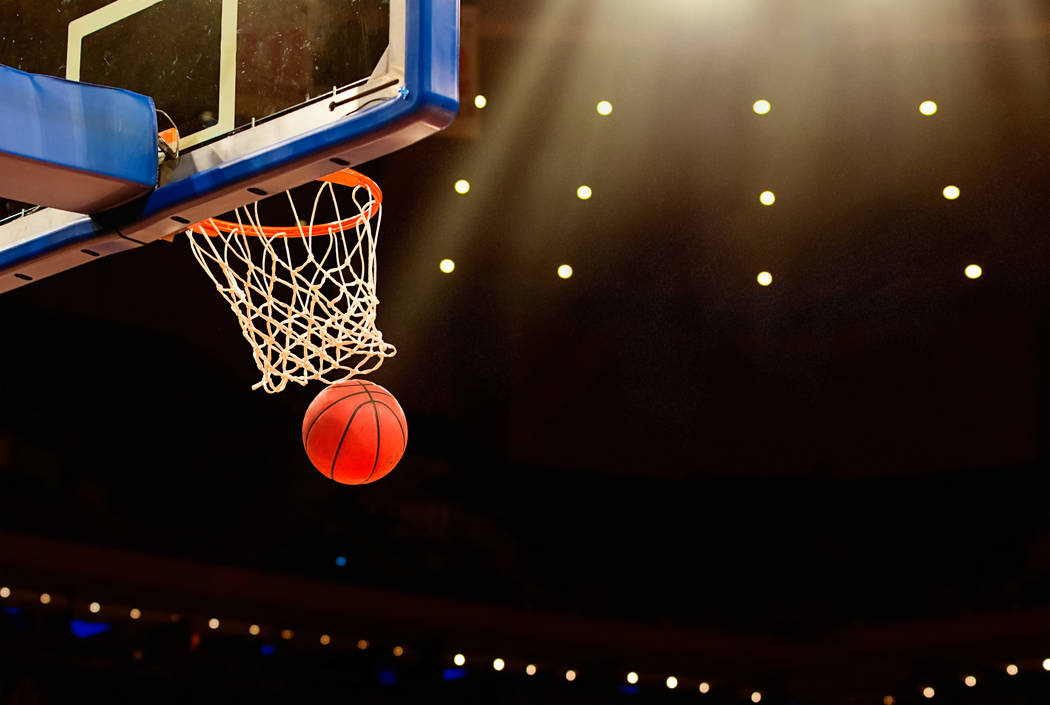 Felix Reeves scored 12 points, and Jhaylon Martinez and Ra’shjon Martinez each scored 11 points for for Coronado.

Isaiah Armstrong and JaVonte Roberts each had nine points to lead Cimarron.

Centennial 107, Shadow Ridge 93 — At Centennial, Leland Wallace had 30 points, and Jairus Dickson scored 29 as the Bulldogs outran the Mustangs.

Dickson had 13 points, and Wallace scored 10 in the fourth quarter as Centennial outscored Shadow Ridge 37-29.

Jessup Lake added 17 points for Moapa Valley, which led 36-25 at the half.

Legacy 86, Rancho 57 — At Legacy, Shamir Chambers hit six 3-pointers and scored 24 points to lead the Longhorns by the Rams.

James Brown had 31 points for Rancho.

Chaparral 71, Sky Pointe 38 — At Chaparral, Sameal Anderson scored 15 points to lead the Cowboys past the Eagles.

Iopu Tauli’ili and Emani Davis each scored nine points for Chaparral, which led 26-9 after the first quarter.

Green Valley 68, Tech 28 — At Tech, Zachary Hammer scored 18 points to lead the Gators in a rout of the Roadrunners.

Kaden Jackson scored 13 points, and Antoine Hines and Tuff Donovan each scored 11 points for Green Valley, which led 21-8 at the end of the first quarter.

Liberty 62, Basic 24 — At Liberty, Julian Strawther scored 24 points to lead the Patriots past the Wolves.

Kobe Stroughter added 13 points, all in the second quarter, for Liberty, which used a 29-4 second-quarter run to take a 43-11 halftime lead.

Spring Mountain 46, Pahranagat Valley 40 — At Alamo, Josiah Johnson scored a game-high 21 points to help the Eagles past the Panthers in overtime.

Tyquan Woods had 13 points for Spring Mountain, which scored 10 points in the fourth quarter to force overtime.

Mountain View 61, Laughlin 60 — At Mountain View, Rason McLennan hit a layup with two seconds left in the game as the Saints edged the Cougars.

Zack Wood scored 22 points, and McLennan finished with 11 points for Mountain View, which made six 3-pointers.

4
‘She’s the one’: McDonald’s selection worth the wait for Spring Valley’s Gayles 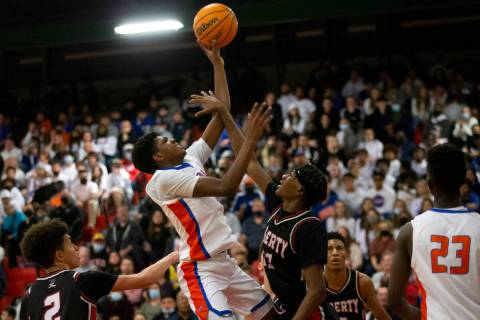 Darrion Williams hit a 3-pointer for an early lead that Bishop Gorman never relinquished en route to a victory over Liberty in the second showdown between the nationally ranked teams. 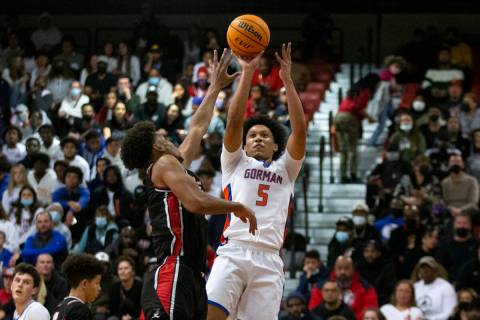 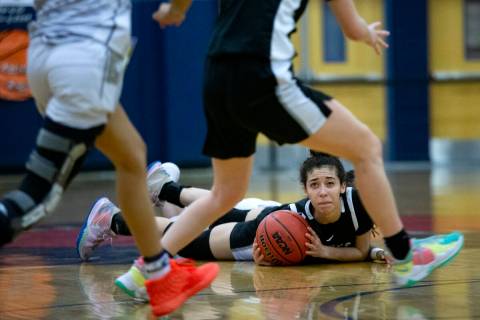 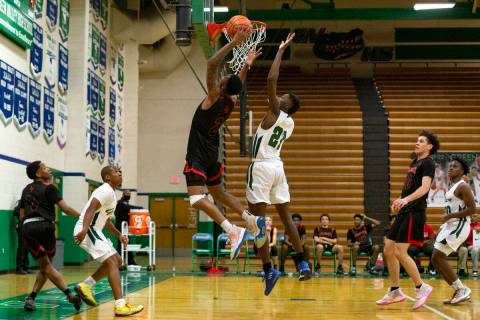 The Bishop Gorman boys and Centennial girls remained No. 1 in the Class 5A Southern Nevada basketball rankings. Gorman will play at No. 2 Liberty on Thursday. 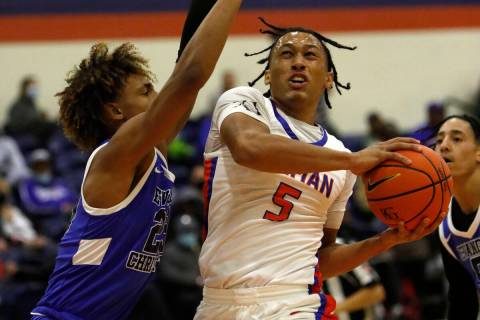 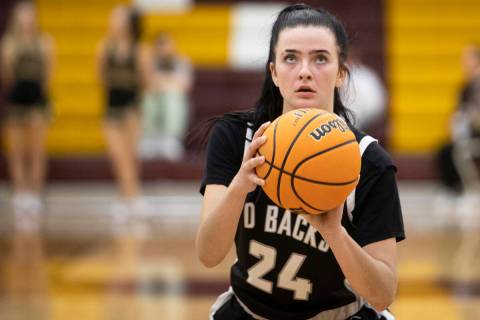