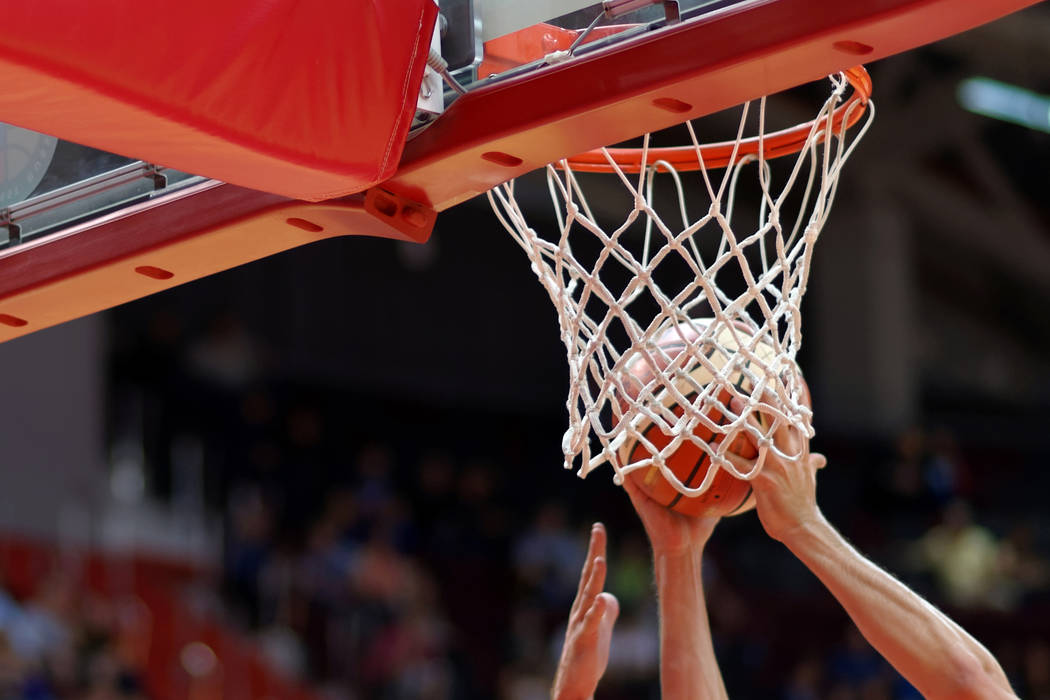 Andrew Garcia and Aaron Holloway each scored 19 points for the Longhorns, who trailed 58-46 at the half. Emmanuel Austin scored 15 points, and Rayshon Funches had 12 points for Legacy.

Mervin Soares and Kayvon Alexander each scored 15 points for Canyon Springs, which outscored the Diamondbacks, 21-16, in the fourth quarter to pull away.

Daniel Plumer had 20 points and 10 rebounds, and Najeeb Muhammad added 15 points and 10 assists for the Blue Knights, who led 41-22 at halftime.

Sierra Vista 53, Western 37 — At Western, Isaiah Veal and Antonio McCoy each scored 13 points as they led the Mountain Lions to a victory over the Warriors.

The Meadows 56, Laughlin 42 — At The Meadows, Obinna Ezeanolue led all scorers with 21 points and had 13 rebounds as the Mustangs defeated the Cougars.

Lincoln County 63, Virgin Valley 49 — At Panaca, Cody Zile had 16 points and 14 rebounds to help the Lynx past the Bulldogs.

Mojave 73, Cheyenne 62 — At Mojave, A.J. Woods had 22 points to lead all scorers as the Rattlers defeated the Desert Shields.

Pahranagat Valley 65, Beatty 35 — At Alamo, Stockton Maxwell had 22 points to lead all scorers as the Panthers defeated the Hornets.

Fabian Perez had 10 points for Beatty.

Rian Cripe scored nine points for the Sidewinders, who outscored the Thunderbirds 20-14 in the fourth quarter.