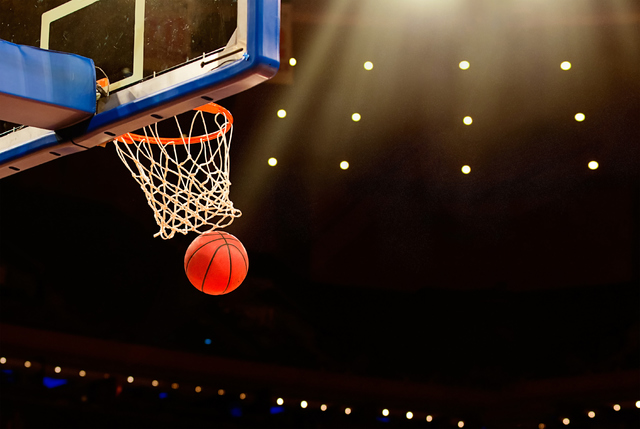 Caleb Stearman added 20 points, and Jace Roquemore and Dylan Hushaw each scored 11 points for the Falcons, who led 33-22 at halftime.

Legacy 63, Shadow Ridge 42 — At Legacy, D’Eric Marlowe led all scorers with 23 points as the Longhorns trounced the Mustangs.

Jaylon Lee added 12 points for the Longhorns, who led 30-6 at the half.

Liberty 80, Valley 56 — At Valley, Cameron Burist scored 16 points to lead the Patriots past the Vikings.

Faith Lutheran 67, Coconino (Ariz.) 37 — At Flagstaff, Arizona, Brevin Walter scored 17 points to lead the Crusaders past the Panthers in the Pepsi Holiday Tournament.

Bonanza 75, Word of Life 40 — At Bonanza, Chase Hafen scored a team-high 21 points as the Bengals rolled past the Eagles.

Kadin Warner and Devin Hansbrough each added 10 points for Bonanza, which outscored Word of Life 42-13 in the second half.

Adelson School 59, Lake Mead 49 — At Adelson School, Ben Elharrar scored a game-high 24 points as the Lions took down the Eagles.

Miles Hagan had 11 points and 15 rebounds for Adelson School.

Spring Mountain 54, GV Christian 46 — At Indian Springs, the Eagles stormed to a 42-19 halftime lead before topping the Guardians.

Battle Mountain 44, Pahranagat Valley 39 — At Virginia City, Christian Figueroa had 16 points as the Longhorns defeated the Panthers in the Comstock Classic.

Coleville (Calif.) 56, Round Mountain 25 — At Virginia City, the Wolves routed the Knights in the Comstock Classic.