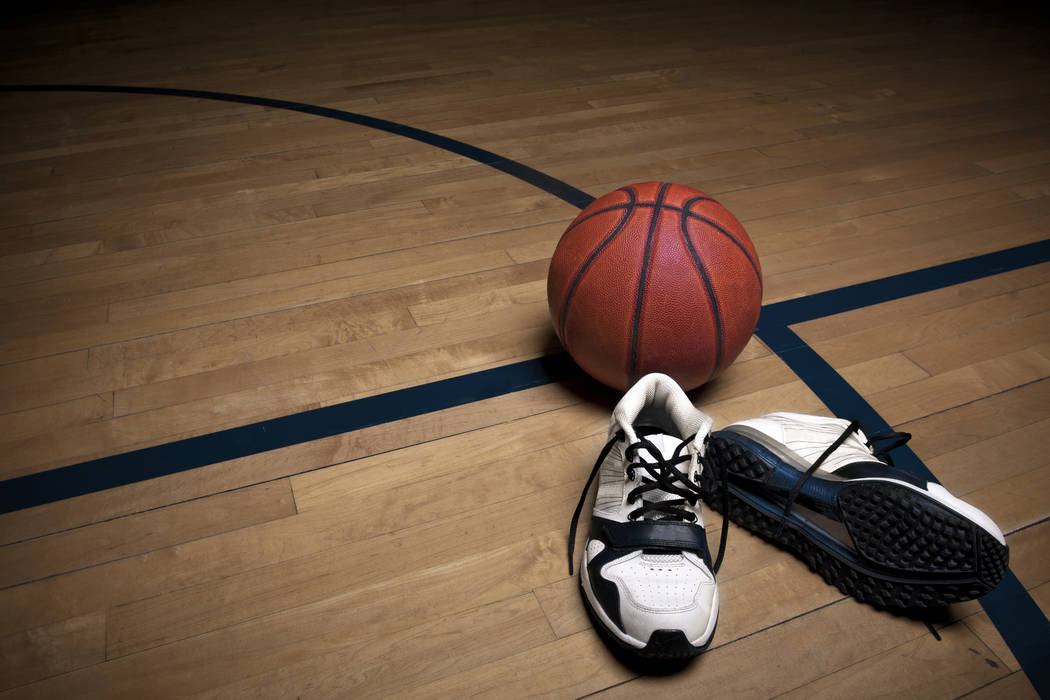 Milos Uzan’s steal and basket with 18 seconds left broke a 61-61 tie and led the Desert Pines boys basketball team to a 65-61 home win over Eldorado on Tuesday.

Uzan finished with 26 points, and Dayshawn Wiley added 15 points and eight rebounds for the Jaguars. Wiley made two free throws to seal the win.

Cimarron-Memorial 72, Foothill 70 — At Cimarron, TreVon Weathers sank a put-back layup at the buzzer as the Spartans nipped the Falcons.

Makhi Walker had 19 points, Brian Lang scored 18 points, and Isaiah Armstrong added 12 points for Cimarron, which got 11 points from Noah Do.

Cade Savell added 13 points for Desert Oasis, which led 43-31 at the break.

Martell Williams had 28 points, and Travon Martin scored 20 for Silverado.

Clark 78, Durango 43 — At Clark, Antwon Jackson had 17 points, and Jalen Hill scored 16 as the Chargers topped the Trailblazers.

Carlos Allen had 12 points, and Frankie Collins added 10 points for Clark, which jumped out to a 48-25 halftime advantage.

Jonathan Braggs had 12 points, and Mwani Wilkinson added 11 for Gorman, which led 48-37 at the half.

Legacy 72, Basic 37 — At Legacy, every Legacy player scored in a rout of the Wolves.

Andrew Garcia had 14 points, and Emmanuel Austin scored 12 to lead the Longhorns, who outscored Basic 41-14 in the second half.

John Board scored nine to lead the Wolves.

Lincoln County 48, Adelson School 47 — At Panaca, Kamdon Lewis made a free throw with no time left to lift the Lynx over the Lions.

With the game tied at 47, Lewis was fouled at the buzzer and made the first free throw for the win.

Kayvon Alexander supplied 10 points for Canyon Springs, which outscored Las Vegas 38-22 in the second half .

Rancho 53, Cheyenne 51 — At Rancho, James Brown’s 26 points helped the Rams hang on for a win over the Desert Shields.

Del Sol 55, Virgin Valley 39 — At Mesquite, the Dragons held off the Bulldogs behind Daxon Toone’s 17 points.

Dylan Sims added 15 points, and J.J. Robinson scored 14 for Calvary Chapel, which got 11 points from Paul Yoo and 10 points from Blake Box.