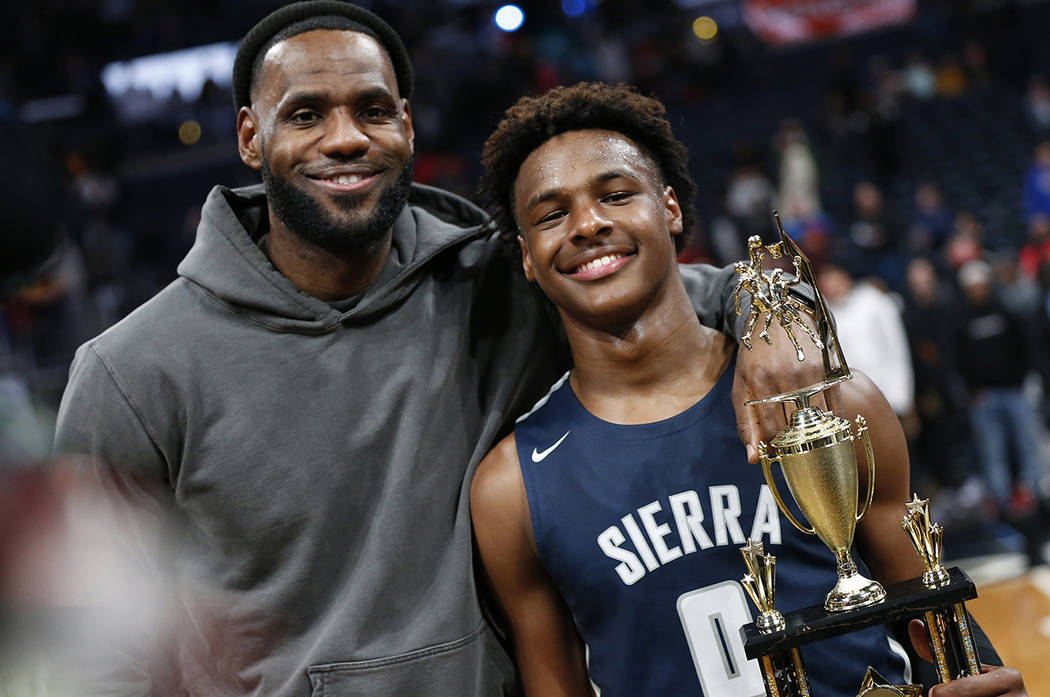 The ninth iteration of the Tarkanian Classic, which had one division get started Tuesday with the rest to follow Wednesday, could be the biggest yet.

The tournament honors late UNLV coach Jerry Tarkanian, who coached the Rebels from 1973-1992. He took them to four Final Fours and won a national championship in 1990.

“The tournament is a very big deal to me, to Bishop Gorman and to Las Vegas,” Gaels coach Grant Rice said. “To be one of the tournament directors in an event that honors Jerry Tarkanian and everything he accomplished and did for Las Vegas, and to have it grow the way it has is a great honor for me.”

Not only are there about 150 boys and 50 girls teams competing and several players who are signed with Division I colleges or being recruited by them, but the event features Sierra Canyon High School from Los Angeles and freshman Bronny James – the son of NBA superstar LeBron James.

Zaire Wade, son of former NBA superstar Dwyane Wade, also plays for Sierra Canyon, which will have showcase games at 8:30 p.m. Wednesday and 4:30 p.m. Thursday at Bishop Gorman. The gym is expected to be filled to capacity, and Gorman is anticipating having to turn late-arriving fans away.

“It’s always neat for the tournament when we have something that draws interest like (Sierra Canyon),” Rice said. “We know there are always going to be good crowds, and we’ll be ready for that again this week.”

Gorman is one of 25 local teams that will compete in the tournament, and it is gunning for its third straight title.

The Gaels will play in the 16-team Platinum Division, one of 10 in the event, along with another local team in Coronado and schools from seven other states. Overall, 25 teams from the valley will compete in the event, which is expecting plenty of attention from college scouts.

“Winning the tournament the last two years was great,” Rice said. “It’s always our goal to win it, but our biggest goal is to run a first-class tournament.”

The Gorman girls, along with Canyon Springs, Liberty and Desert Oasis and teams from nine other states are among those competing for the Diamond Division title.

In addition to Gorman, there will be games hosted at several valley high schools, the Heinrich YMCA and the Orleans Arena.

Tickets are $15 for adults and $10 for students each day. For more information, go to tarkanianclassic.com.