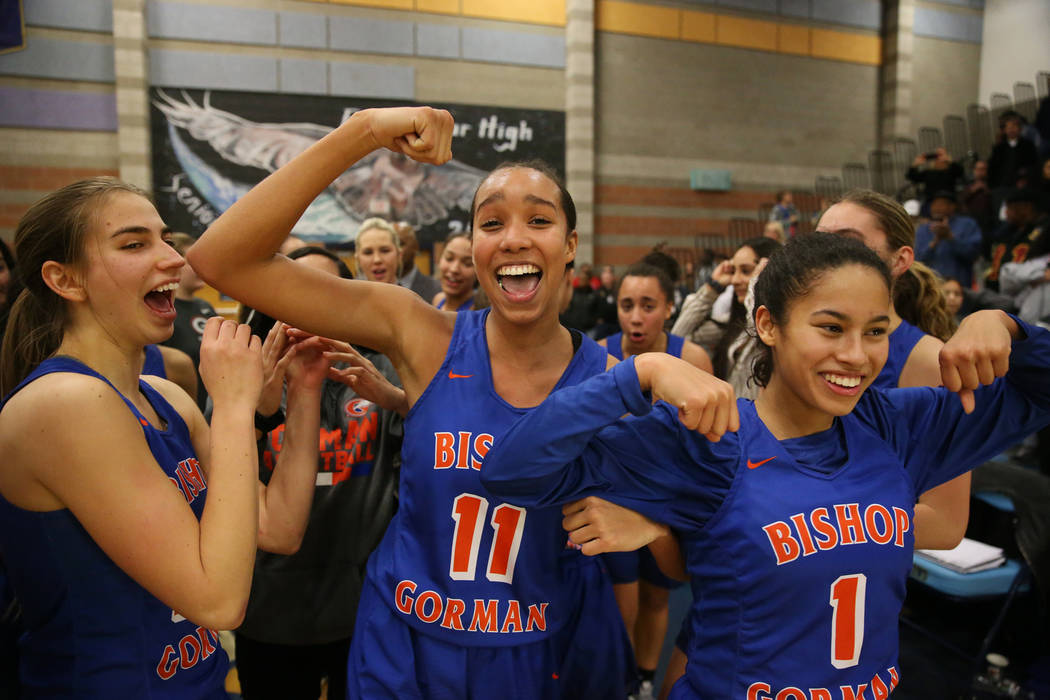 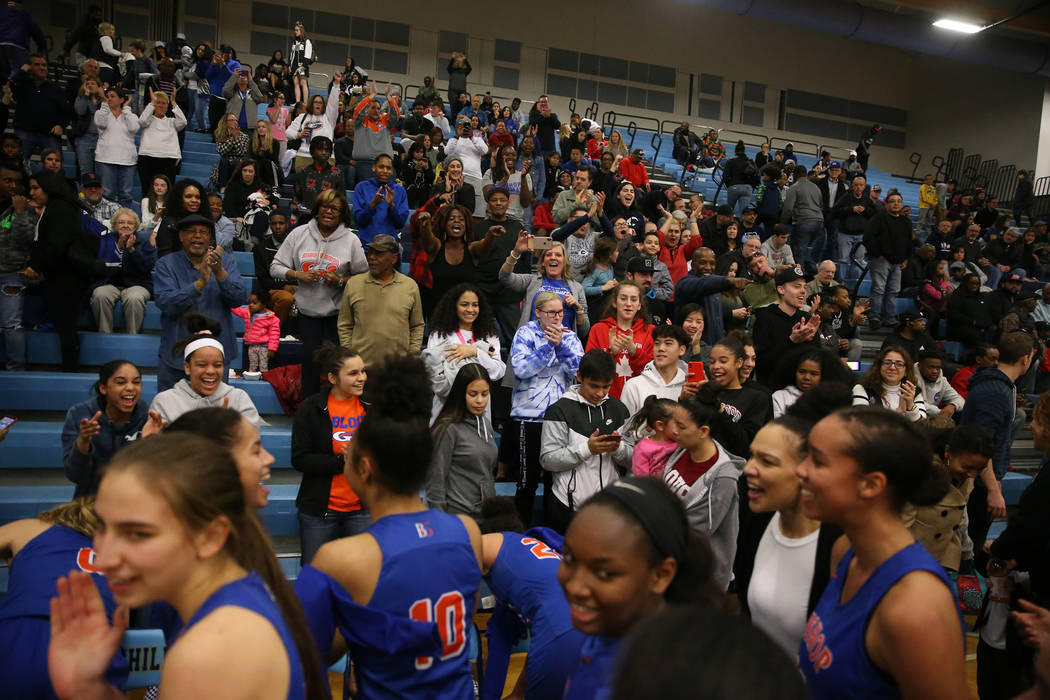 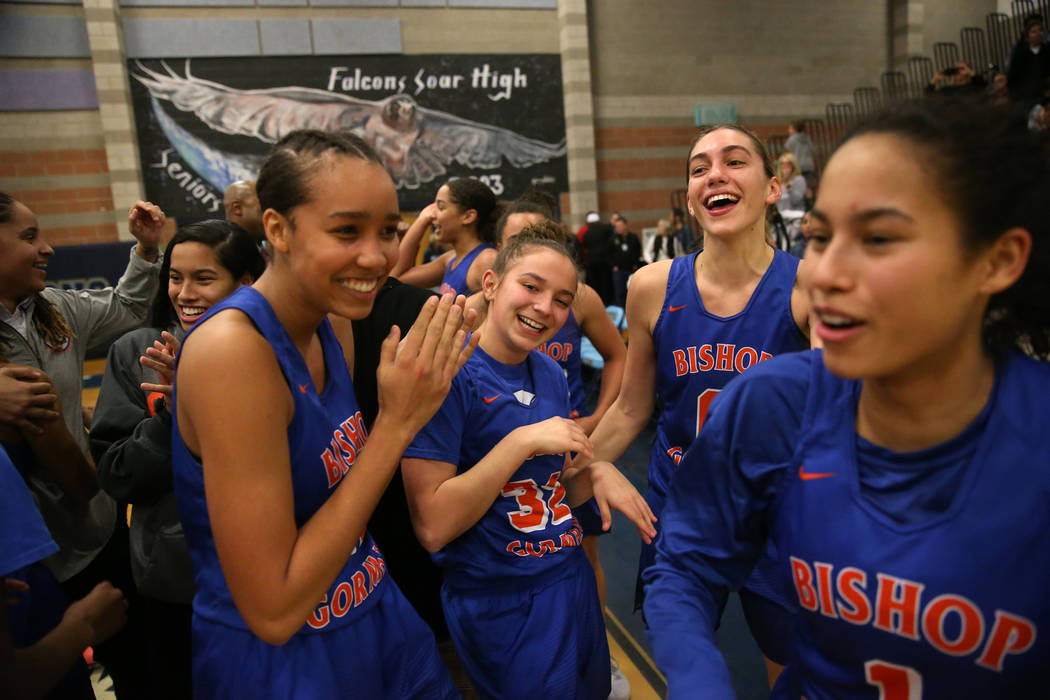 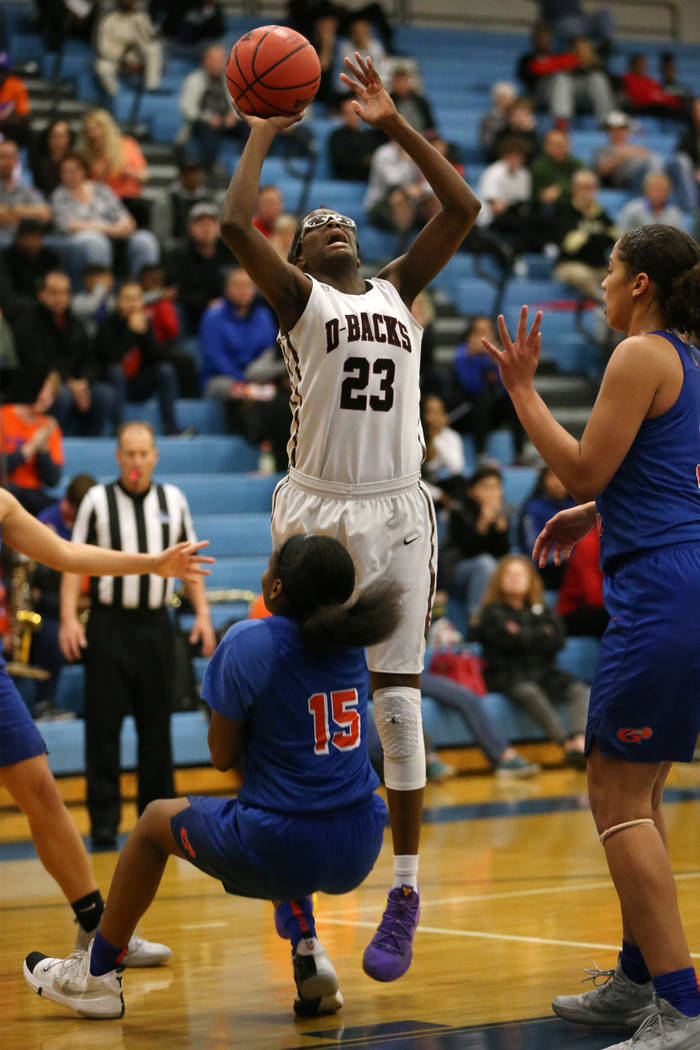 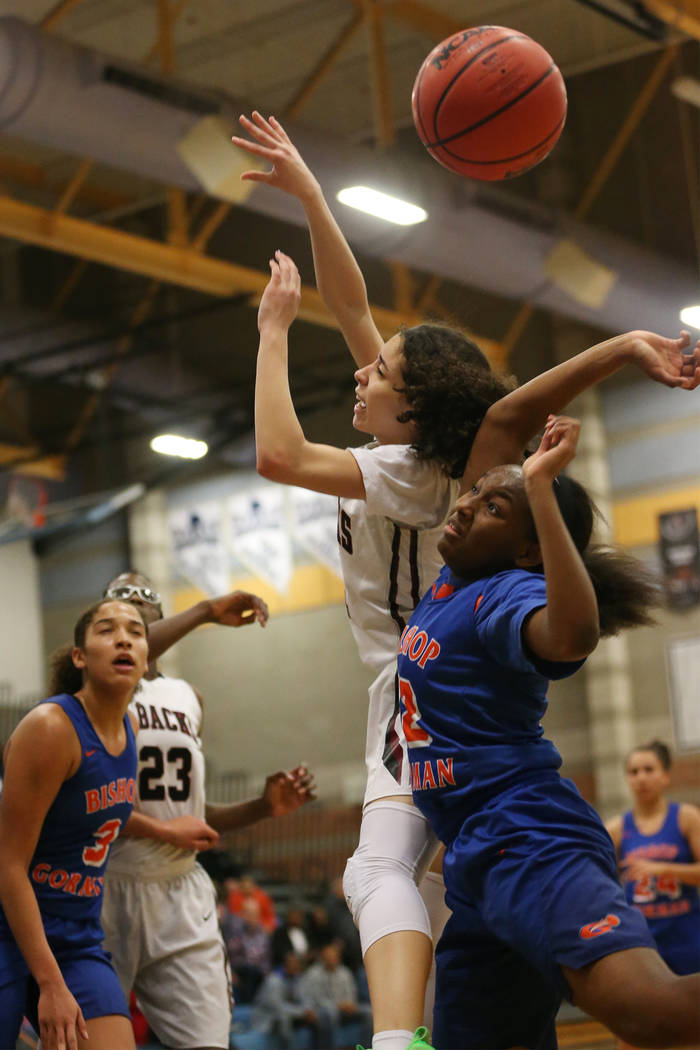 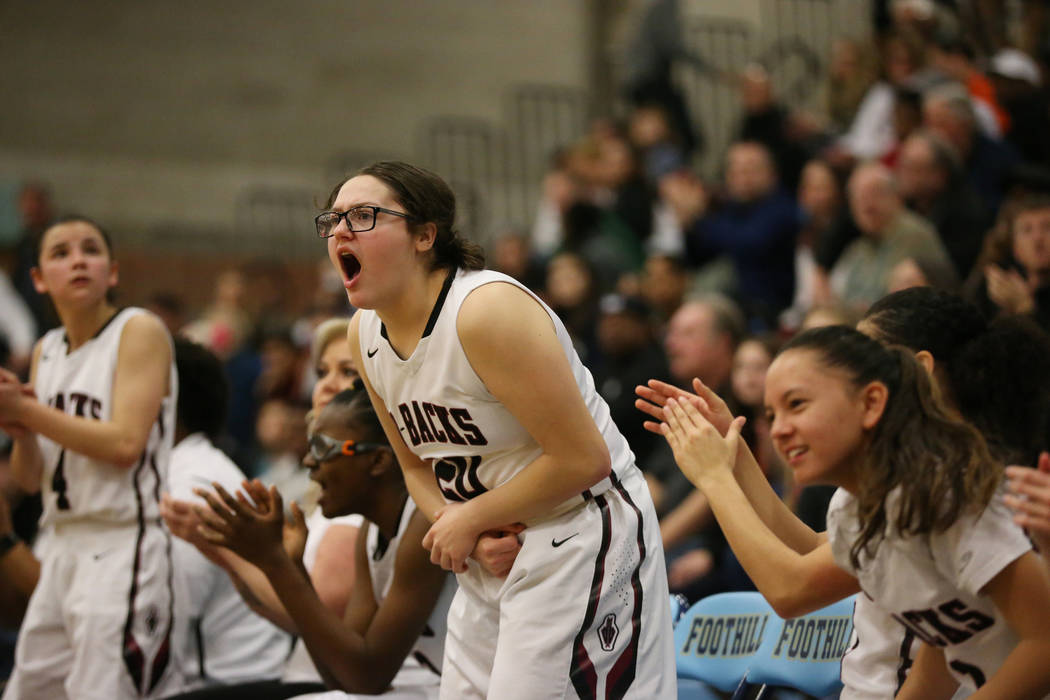 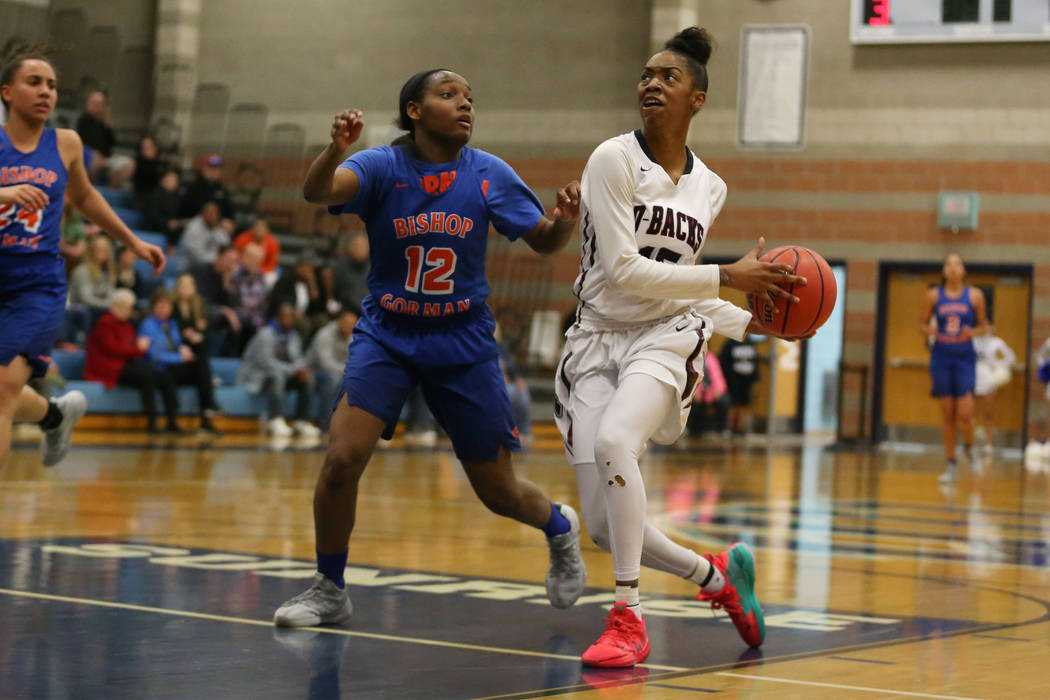 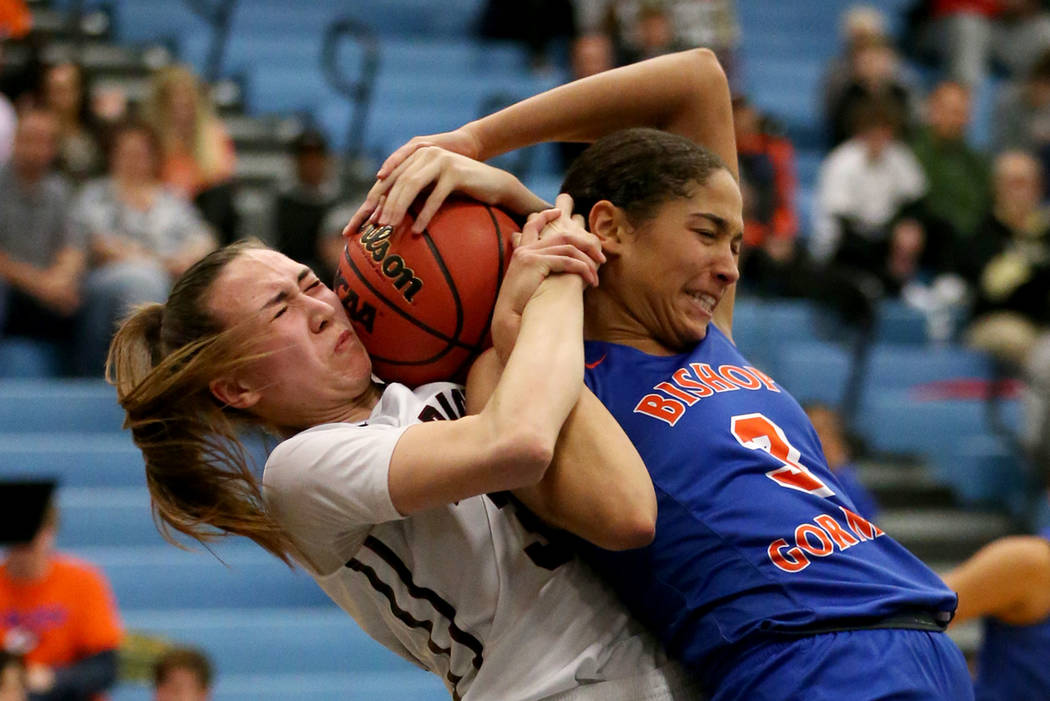 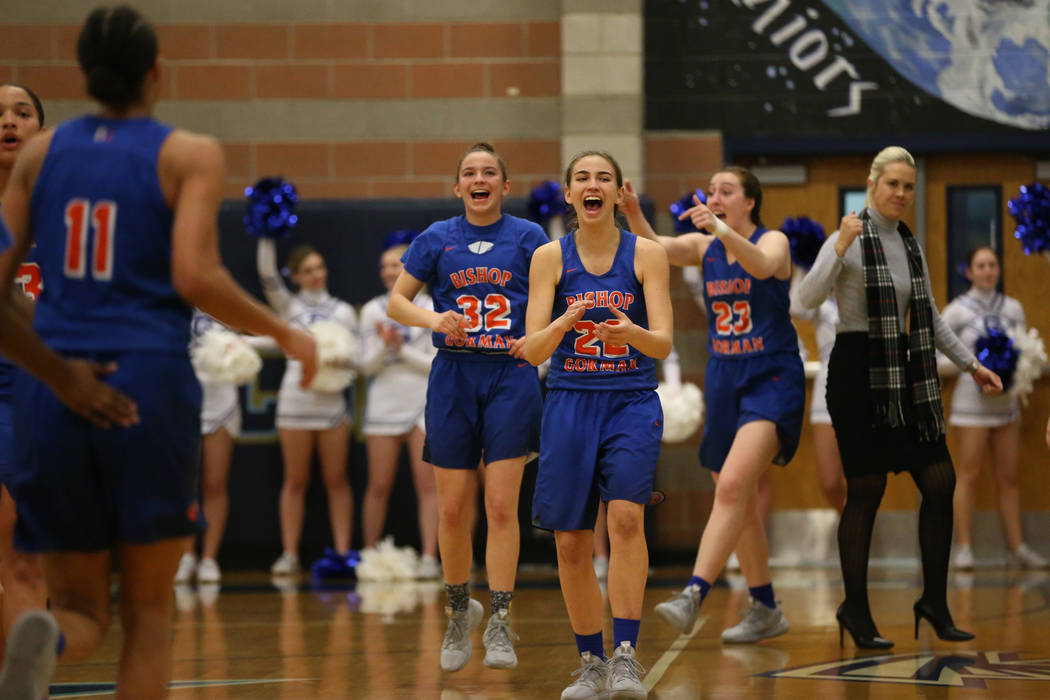 The Bishop Gorman bench reacts after a score by Olivia Smith (11) to beat the buzzer in the second quarter against Desert Oasis in the Desert Region girls basketball championship game at Foothill High School in Henderson, Saturday, Feb. 23, 2019. (Erik Verduzco/Las Vegas Review-Journal) @Erik_Verduzco 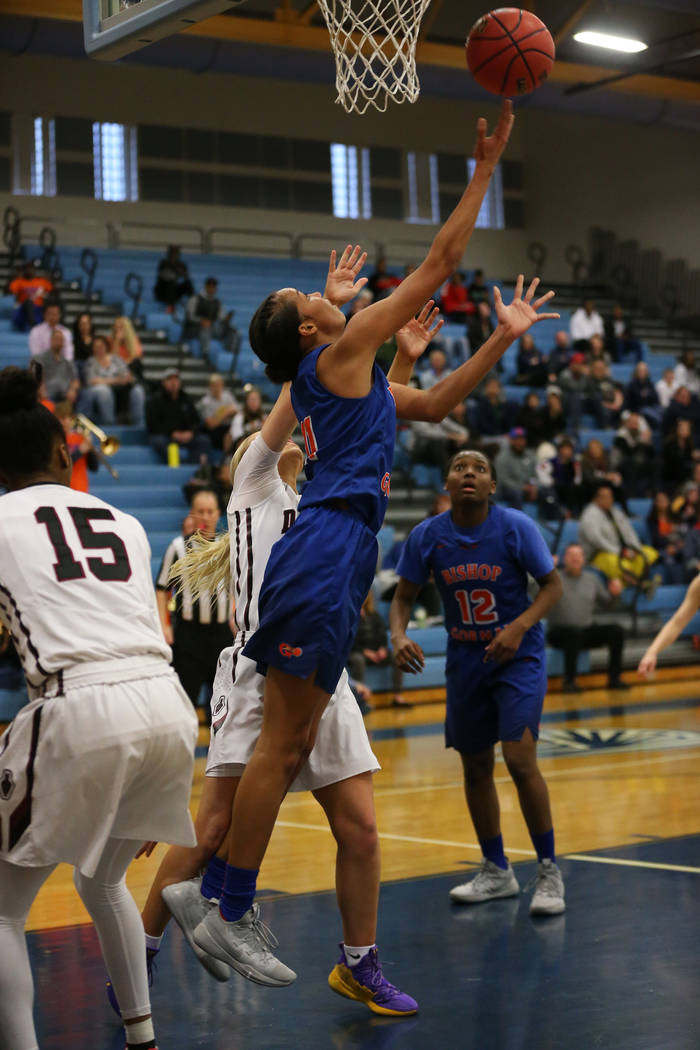 Bishop Gorman’s Olivia Smith (11) shoots the ball for a score and to beat the buzzer in the second quarter against Desert Oasis in the Desert Region girls basketball championship game at Foothill High School in Henderson, Saturday, Feb. 23, 2019. (Erik Verduzco/Las Vegas Review-Journal) @Erik_Verduzco 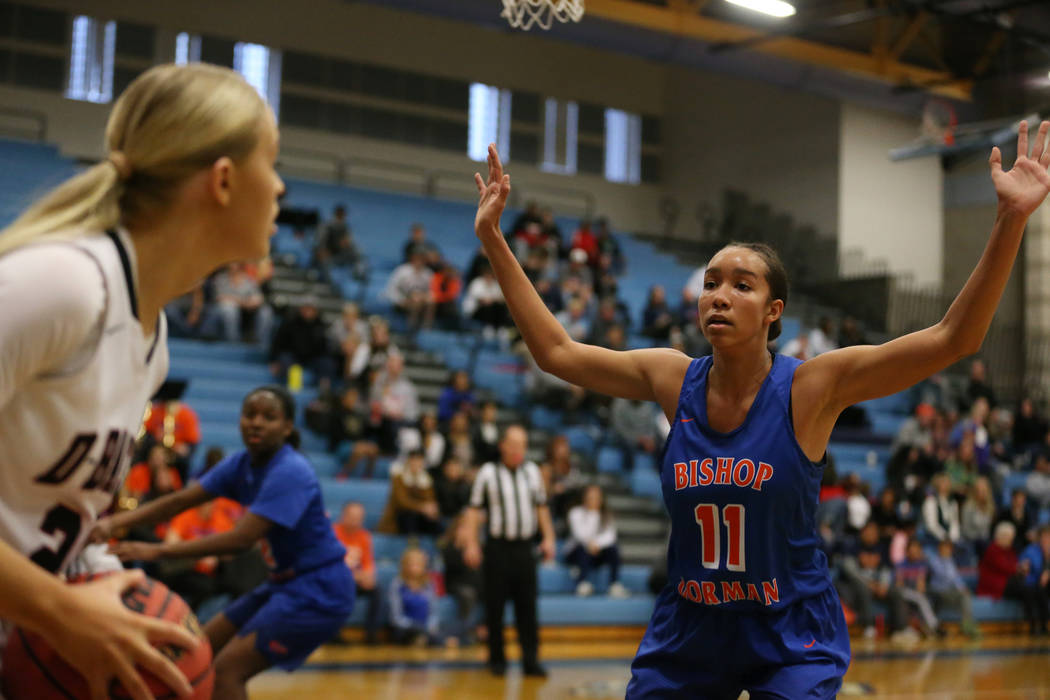 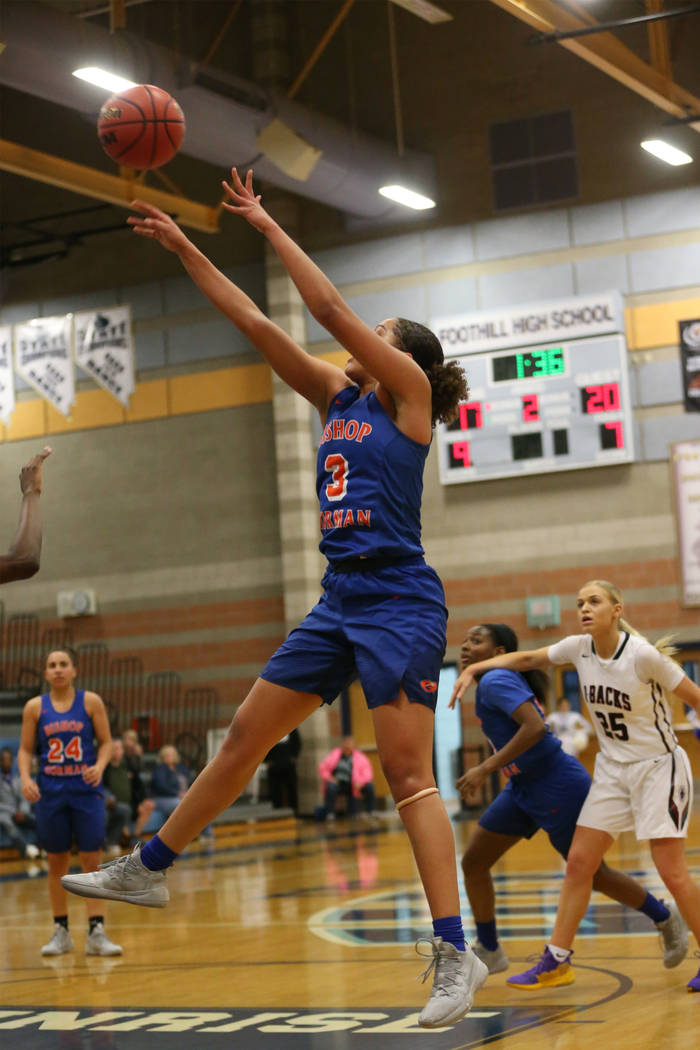 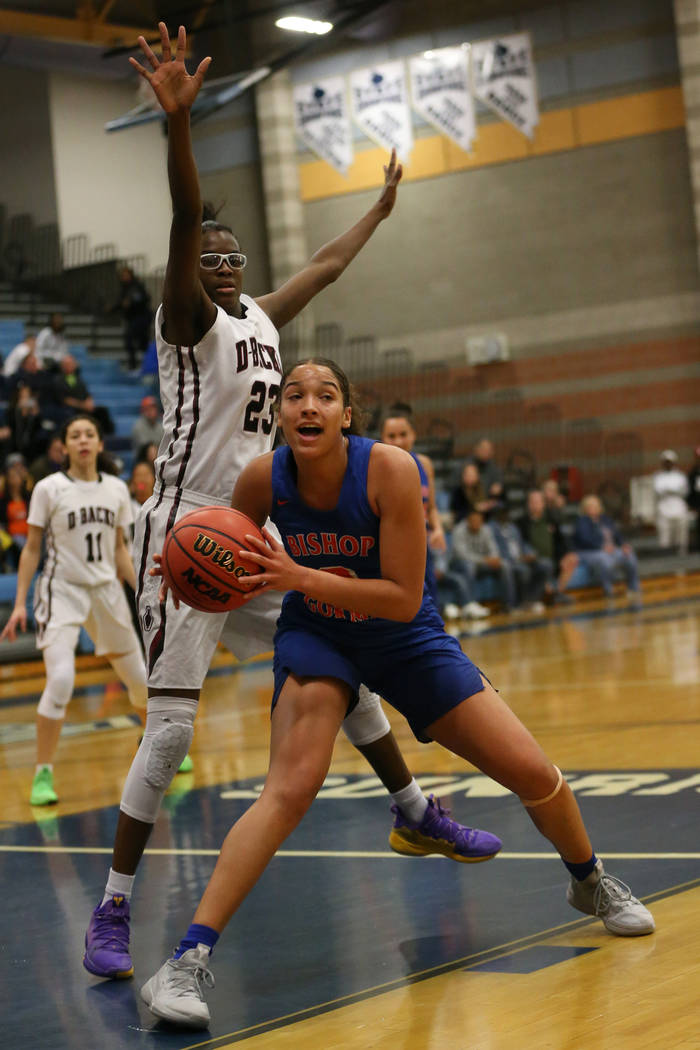 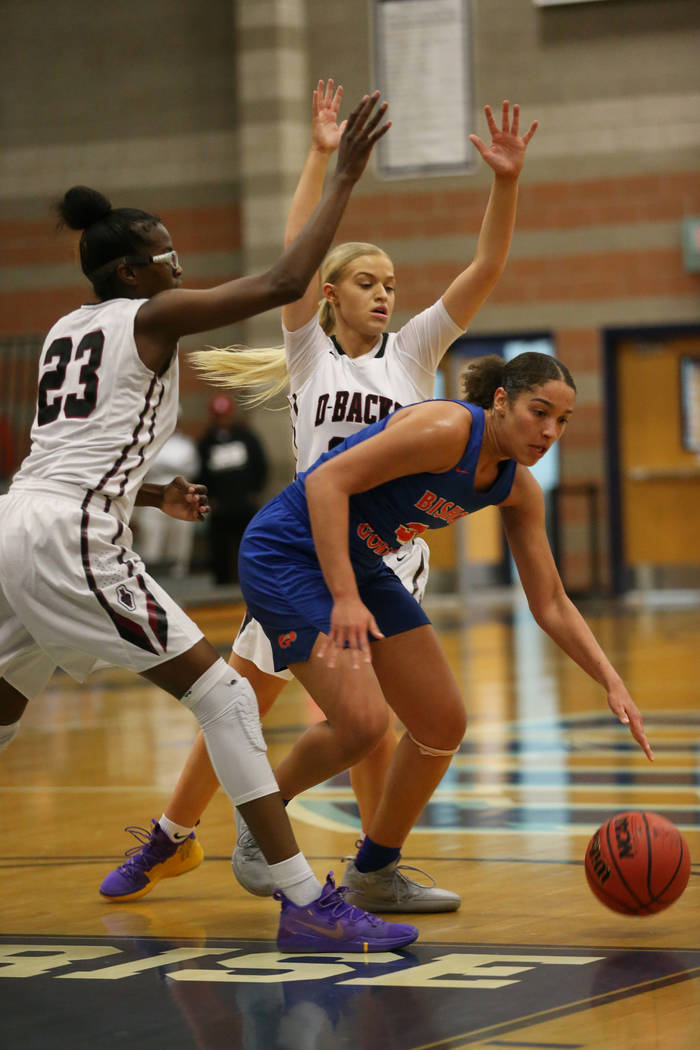 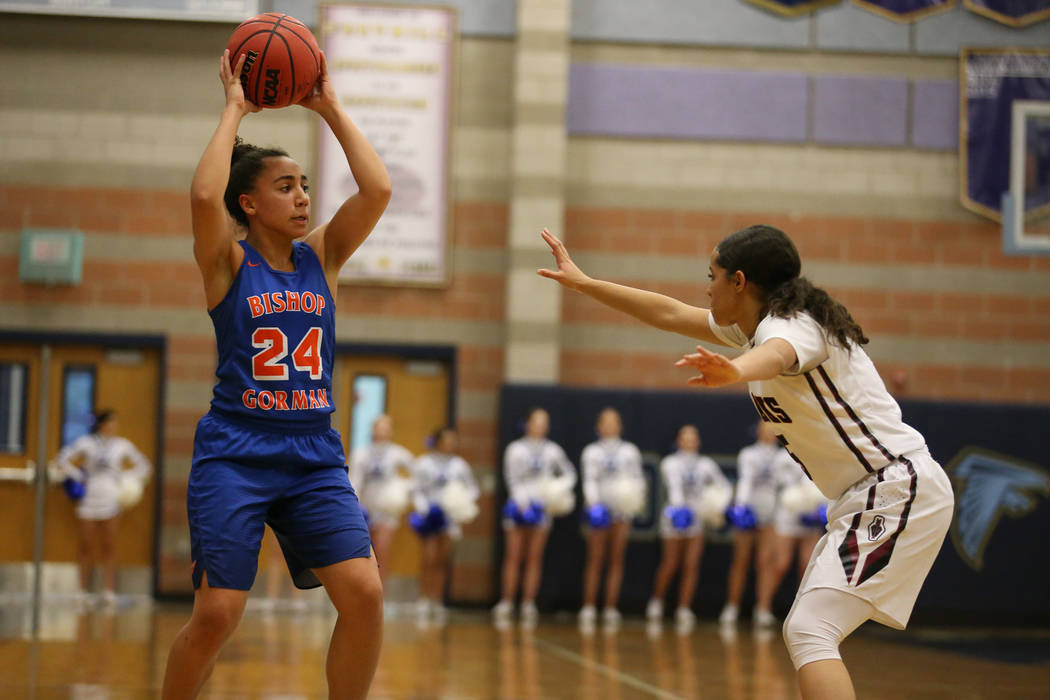 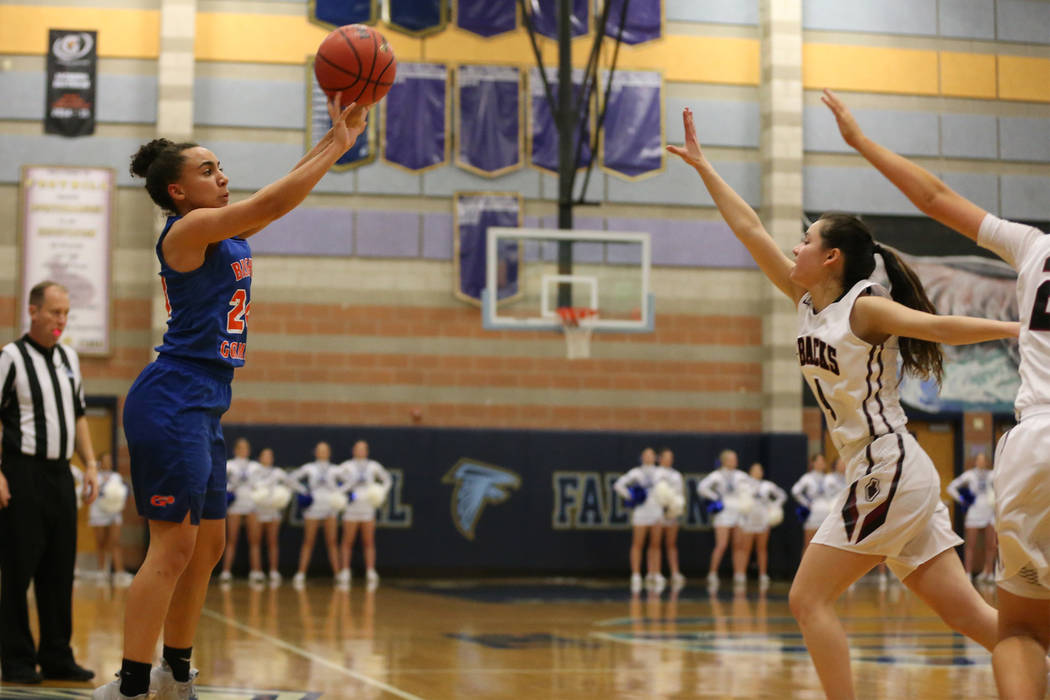 Bishop Gorman girls basketball coach Kevin Nixon says he dreamed before the year of the scenario his team was presented with in the Desert Region championship game Saturday evening.

Oh, and and most importantly, a game-winner in the final seconds.

Junior guard Bentleigh Hoskins attacked from the right wing and banked in a floater with 5.4 seconds remaining in regulation to lift the Gorman to a 41-39 win over Desert Oasis at Foothill — and its first region championship since 2010.

The Gaels stormed the court in jubilation and posed for photos with the championship trophy before departing to the locker room for an even more rambunctious celebration.

The Gaels (21-7) and Diamondbacks — Southwest League rivals who have both clinched Class 4A state tournament berths — split their two meetings during the regular season and rolled through their respective sides of the Desert Region tournament bracket to set up the third matchup before a packed gymnasium.

Desert Oasis led after the first quarter, Bishop Gorman led at halftime, and the Diamondbacks retook a 33-32 lead after the third quarter.

“Back and forth,” he said. “We knew it was going to be like that. It was no surprise.”

The Diamondbacks (20-5) made four consecutive free throws in the final two minutes to take a 39-36 lead, but Gaels senior guard Caira Young made a 3-pointer from the left wing to tie the game with 31 seconds left.

The Gaels forced a turnover at halfcourt on the ensuing possession.

Hoskins, who had a game-high 13 points, did the rest.

“That’s my shot. You can ask any of my coaches. That’s my shot. I saw it and I took it,” she said. “It feels amazing. But now we just have to get ready for Centennial on Monday.”