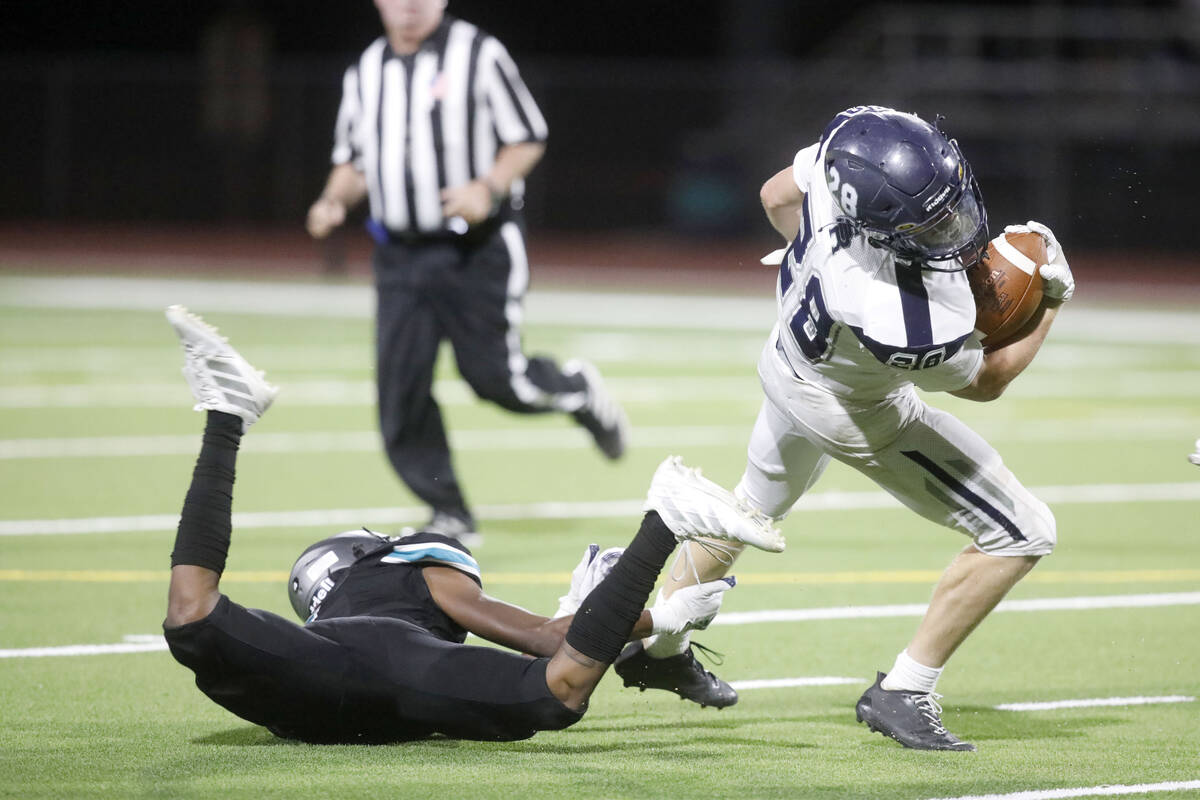 Around 4A: Silverado had last week off and will return to action on the road against Sierra Vista. … Jaquieze Holland has 548 yards rushing for Shadow Ridge in three games and faces a tough Palo Verde defense Friday. … Coronado didn’t disappoint in its opener, a 51-14 win over Cimarron-Memorial. The Cougars will host Henderson rival Green Valley on Friday. … Desert Oasis quarterback Tyler Stott threw for five touchdowns last week against Sierra Vista and will look for an encore against a Bonanza defense that gave up 56 points to Basic. … Clark has outscored its first two opponents 93-0. Do-it-all athlete D’On Williams has scored seven touchdowns — four rushing, two receiving and one on an interception return.