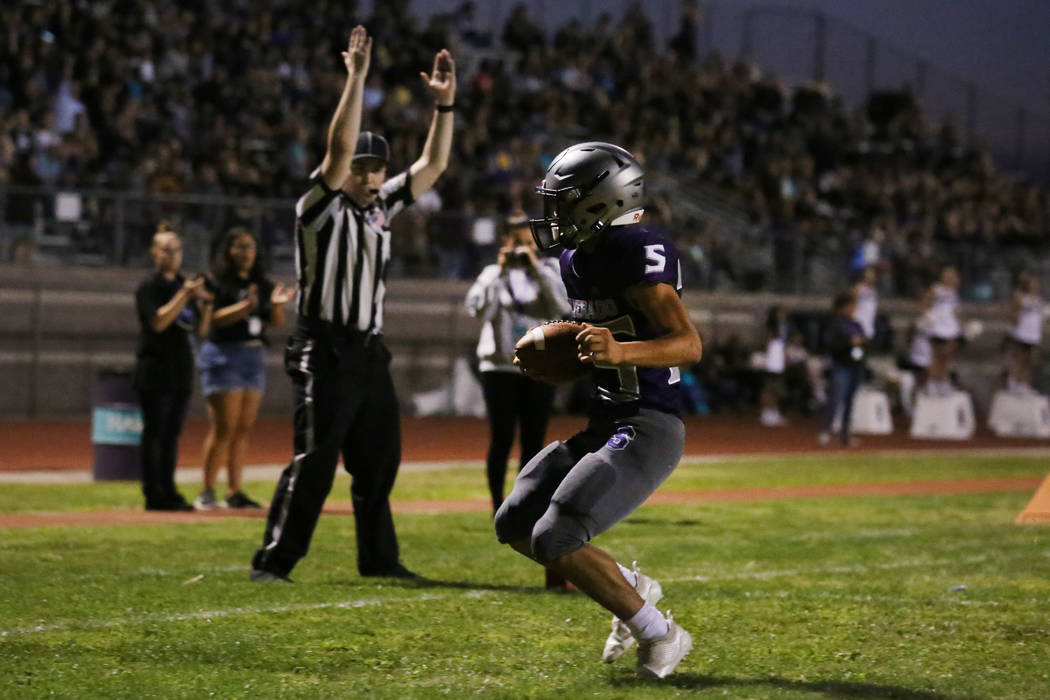 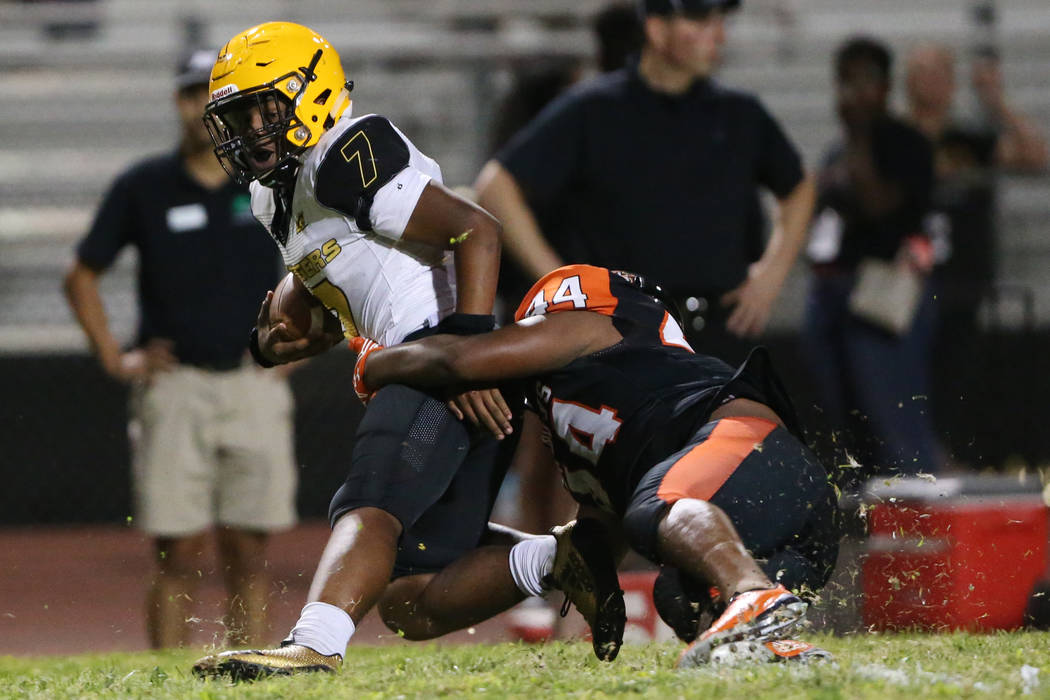 Maybe that’s because several teams had byes, so there just weren’t as many games. But the action was no less intense.

In fact, it turned out to be a wild night of final-minute heroics.

Let’s start at Liberty, where the Patriots welcomed in a Liberty squad from Arizona, a game some were calling the Liberty Bowl. The game was tied at halftime and three more times in the second half as the offenses zoomed up and down the field with little resistance.

Liberty coach Rich Muraco said both defenses got worn down by the fast tempo. The Patriots were also hurt by a pair of long kickoff returns.

Still, the Patriots had the ball late with a chance to win. But the winded Lion defense got a stop, and their offense capitalized with a 36-yard field goal in the final minute to secure the 36-33 win. The Patriots dropped to 0-5, and they’ll take a week off before beginning 4A Southeast League play.

Over at Green Valley, the Gators rallied from a 14-3 deficit with 15 straight points. But Legacy had the answer. After a Jamari Cannon interception, quarterback Evan Oleas showed off his wheels on a 15-yard touchdown run with a minute to go that lifted the Longhorns to a 20-18 win.

Legacy is 2-2 but could easily be 4-0. The Longhorns were clipped 20-16 by Paraclete (California) two weeks ago, then dropped a 38-32 overtime decision to rival Arbor View last week.

Clark won its fourth straight, this one in its Southwest League opener. The 21-14 victory over Spring Valley came on a 34-yard touchdown pass from My’Quel Johnson to Kenneth Cason with 22 seconds left. The Chargers dedicated the win to former Clark coach Larry Barnson, who died last weekend. It was a fitting tribute.

Faith Lutheran broke into the win column. After giving up a 21-7 lead, Riley Schwartz found Peyton Thornton with a 47-yard touchdown pass with 35 seconds left for a 28-21 win over Bakersfield Christian (California).

Cheyenne hung tight with Moapa Valley throughout but didn’t lead until a 25-yard touchdown connection between quarterback Devonte Armstrong and wide receiver Rayvion Brown with about three minutes left. The Cheyenne defense did its part and closed the 24-20 win with a fourth-down stop with less than a minute remaining.

Cheyenne opens its 3A Sunset League slate next week at Sam Boyd Stadium against Valley, which didn’t need any last-second offensive heroics on Friday. Neither the Vikings nor SLAM Academy scored a point in the second half, and John Baloyot’s fumble recovery late in the fourth quarter ended the Bulls’ hopes in the 19-14 Valley win.

Mountain View ended a 24-game losing streak with a 46-6 win over Beaver Dam.

The Southwest League playoff race will be crazy.

Friday’s results were more a confirmation of what was already known than actual learning, but it was exciting nonetheless.

In addition to Clark’s thrilling win over Spring Valley, Silverado fired an opening salvo with a 36-28 win over Durango. Desert Oasis continued Sierra Vista’s rough start by running away in the second half to a 56-14 victory.

Four teams make the playoffs from each 4A league. It would be the upset of the century if Bishop Gorman, which had a bye this week, isn’t one of them. That leaves Clark, Desert Oasis, Durango, Silverado and Spring Valley to battle for spots 2-4. Sierra Vista isn’t eliminated, but it needs to show something more than it has to be considered a contender.

Northwest League play gets started, and Centennial (3-0) at Arbor View (3-1) has all the makings of a league championship game.

Cimarron-Memorial (3-1) has a legitimate star in running back Jordan Norwood and opens with Shadow Ridge (1-2), which had two close losses before trouncing Mojave 40-0 on Friday. Palo Verde (3-1) is coming off its first loss and draws a team in Bonanza (1-3) that has failed to score more than nine points in any of its last three games.

Faith Lutheran (1-3) has the bye this week and carries some momentum after its first win.