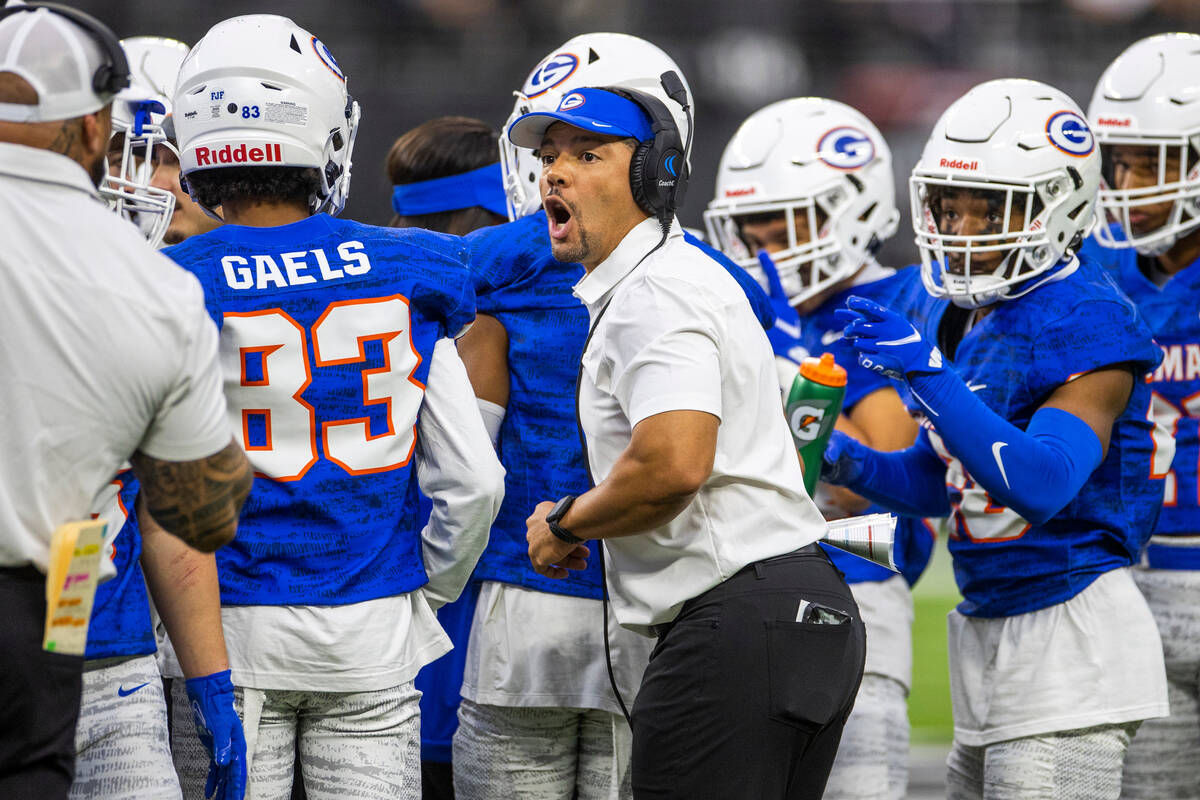 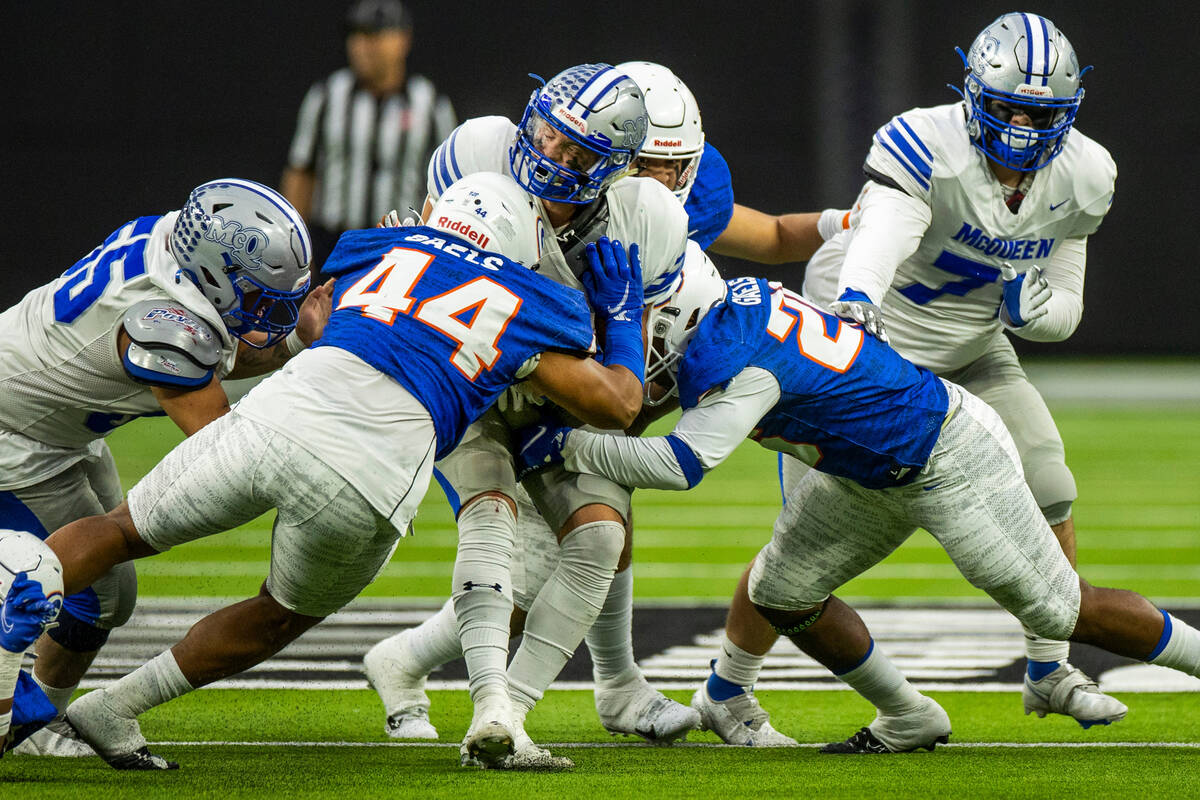 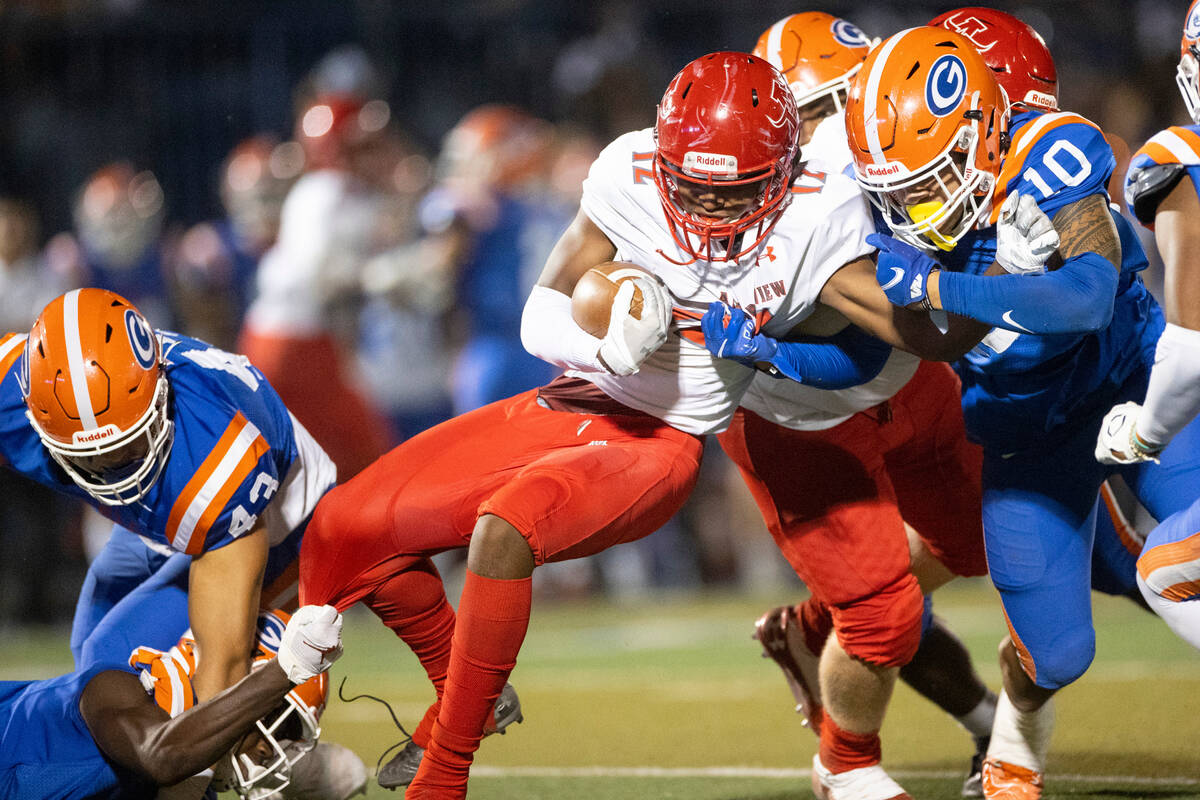 Bishop Gorman was cruising to a sure victory last season at Hamilton in Chandler, Arizona, when the unthinkable happened.

Neither Gorman coach Brent Browner nor his players wanted to make too big a deal this wek about last year’s meeting, but they also acknowledged that game hasn’t been erased from their memories.

That loss showed the Gaels the importance of playing to the end. They didn’t lose the rest of the season and rolled to the Class 5A state championship.

“I think that gave us that edge throughout the rest of the season with how we attacked practice,” Gorman linebacker Jamih Otis said. “We really kept it in the back of our head and kept working hard.”

Gorman already has faced some adversity this season, losing two weeks ago to Southern California’s Mater Dei, the nation’s second-ranked team, according to Maxpreps. It wasn’t quite the collapse of the Hamilton game, but Gorman lost a pair of two-touchdown leads and lost 24-21 on a 25-yard field goal with 3:32 left.

That loss put a significant dent in the national championship hopes for the seventh-ranked Gaels, but they quickly put the defeat behind them by winning 56-14 at traditional Hawaii power St. Louis last Friday.

“It shows us the courage and being able to bounce back from things like that,” Gorman linebacker Palaie Faoa said. “Dealing with adversity, that’s one thing we’ve learned from this team is that’s what we build off of.”

The Gaels know they need to be just as focused against Hamilton, and there is a danger is thinking too much about what happened in the previous meeting.

“This is a good team that’s coming in here to beat us,” Browner said. “We know they can beat us because they beat us last year, so we need to make sure we are assignment sound, minimize the penalties and play the kind of football we’ve been practicing.”

But it is hard to forget how that game played out.

A national audience on ESPNU watched Gorman take a 24-7 lead with 9:02 left, an advantage that looked sure to hold up as the final minute approached.

— Hamilton’s Nicco Marchiol completed a 1-yard touchdown pass to Michael Masunas and converted the extra point to cut the Gorman to 24-17.

— The Huskies recovered the onside kick.

— The Huskies went for two, Marchiol ran into the end zone for 25-24 victory.

Browner said it’s easy to get caught up in how this game and the Mater Dei one ended, but noted the Gaels had their chances earlier in each to make sure neither came down to the final seconds.

“At the highest level with playing good teams, little mistakes here and there you don’t realize, they cost you in the end,” Browner said. “There were a lot of mistakes within that game (against Hamilton) where we could’ve gone up 35, 42 points and a holding penalty, an interception or simple mistakes you don’t think of at the time that really change the outcome of the game.”