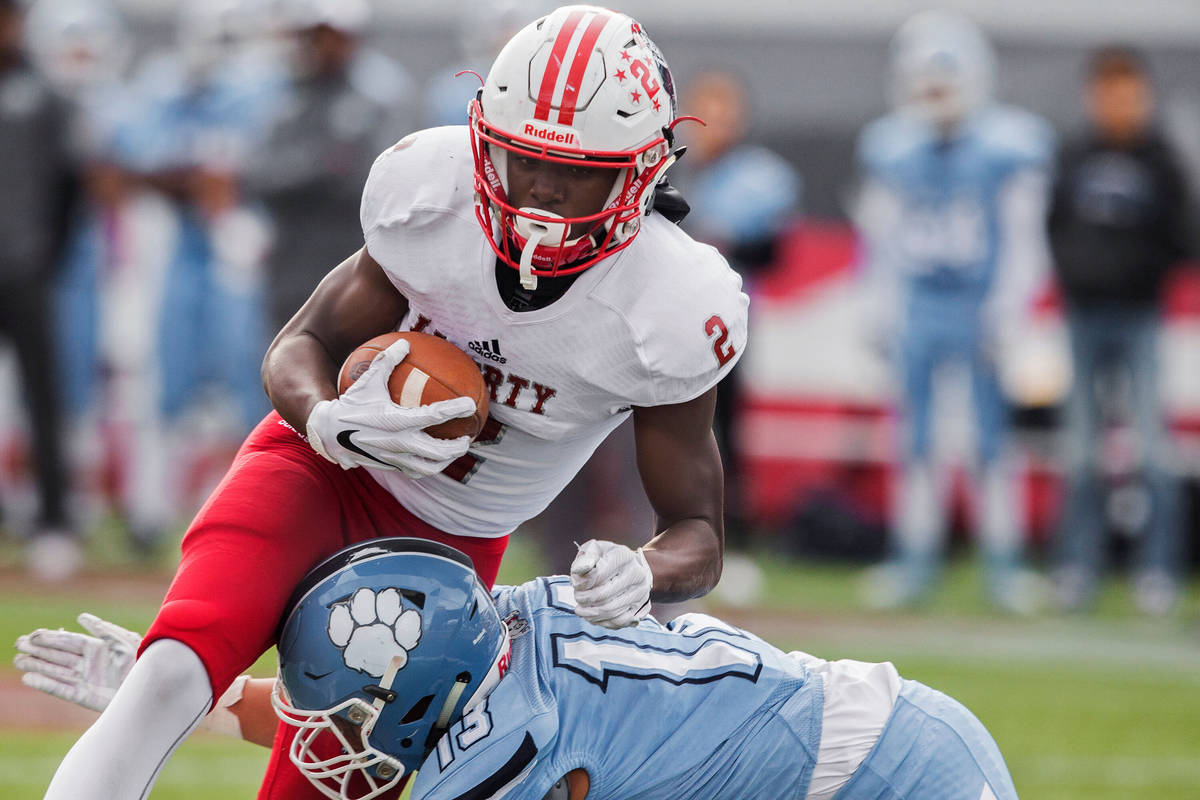 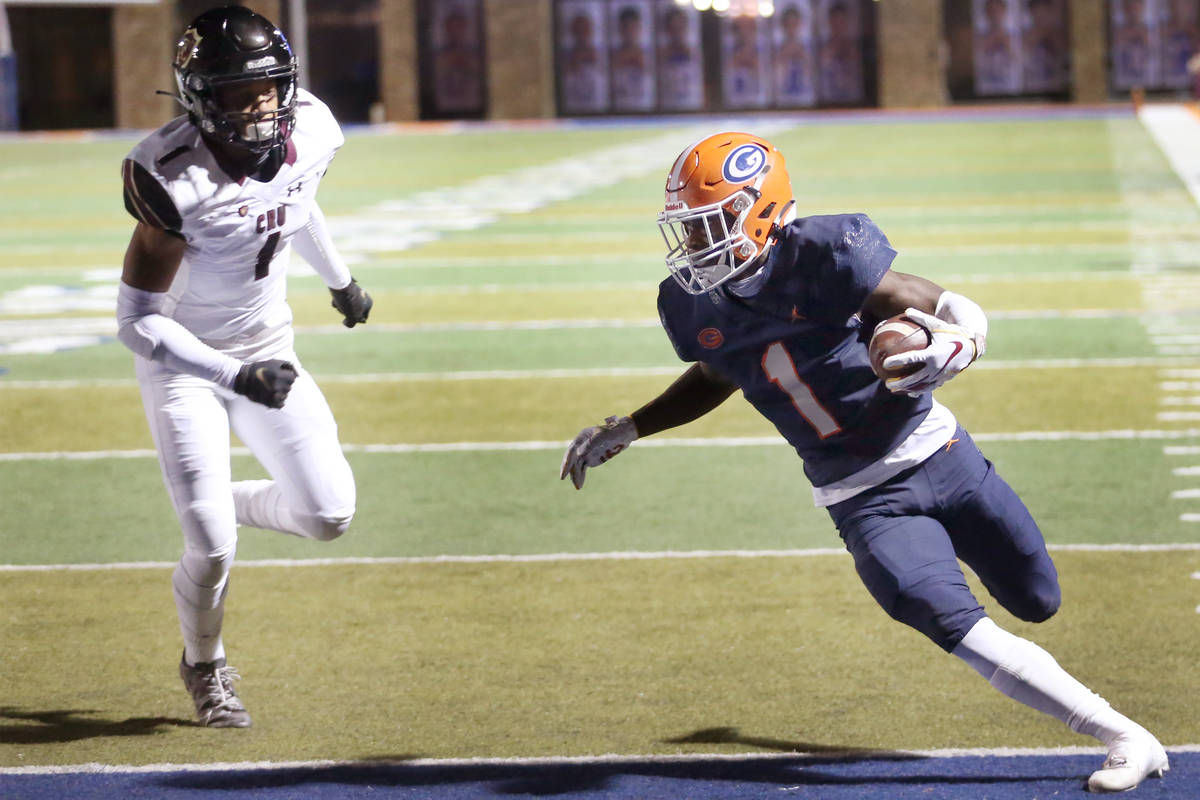 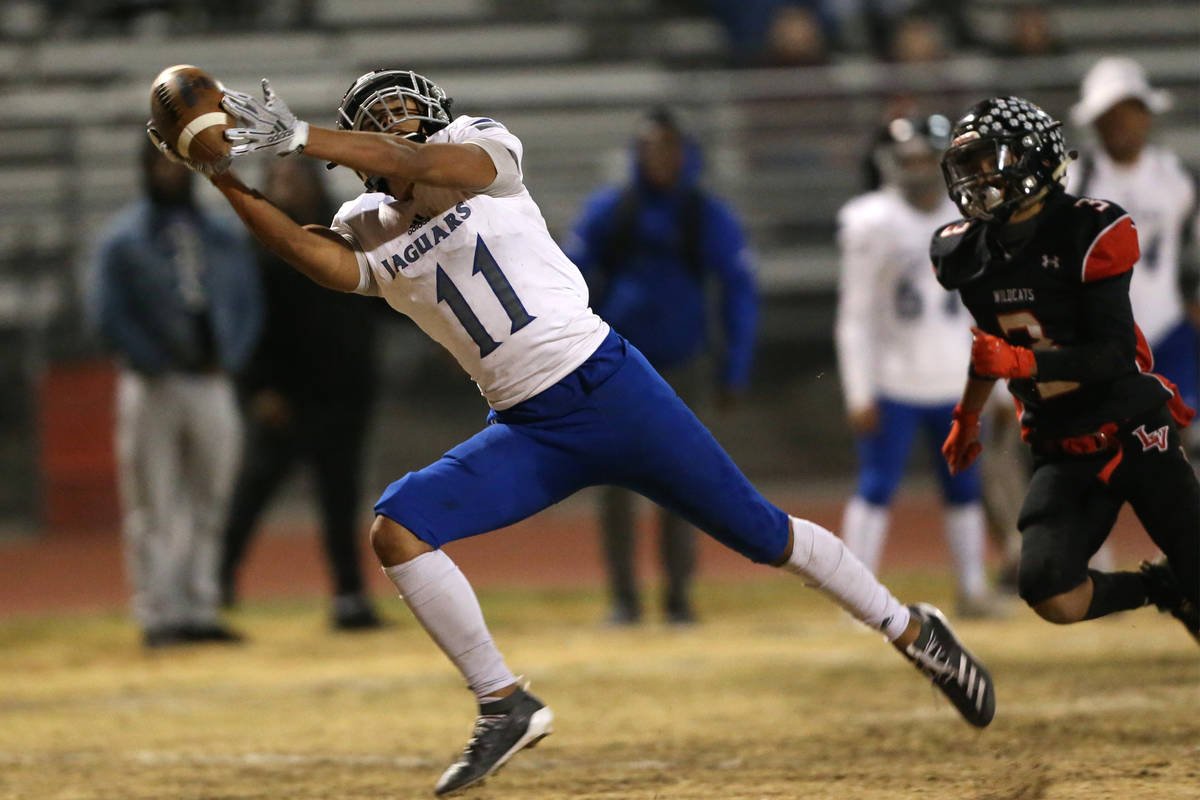 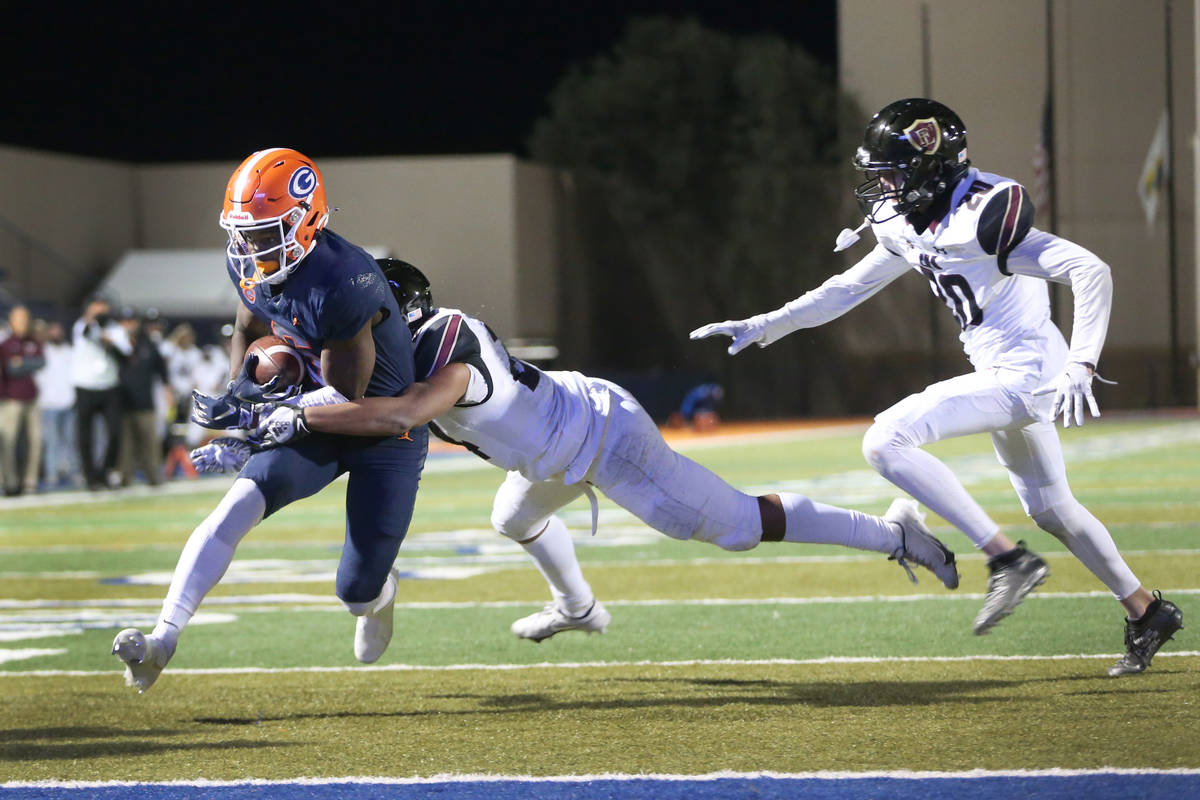 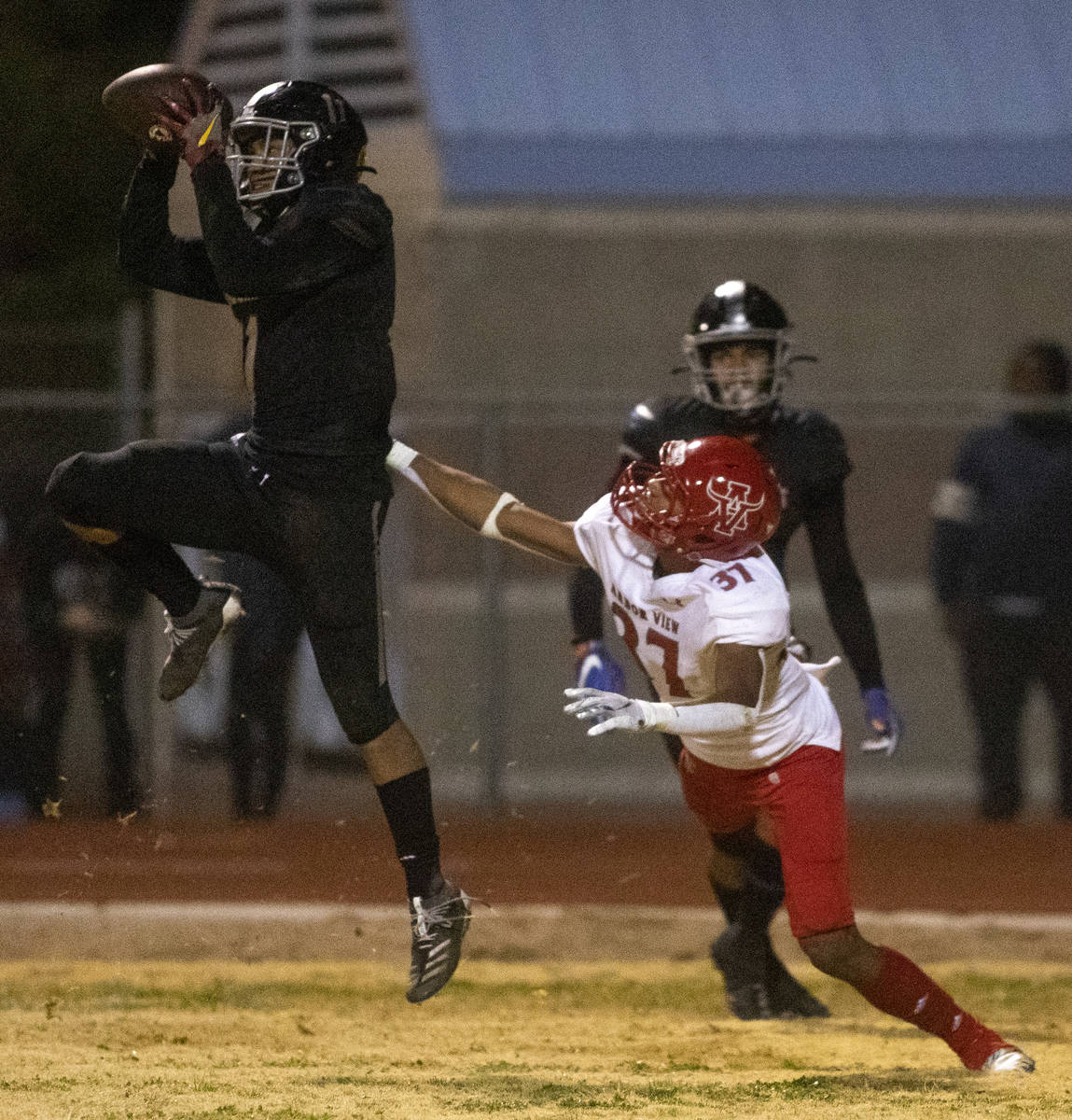 It’s been nearly two years since most football teams in the valley have had a chance to compete.

During that 2019 season, the valley featured several big-time pass-catchers.

Whether this year’s group of receivers will be able to live up to that standard remains to be seen, but these are the five the Review-Journal sees as the best in the valley going into the 2021 campaign.

1. Germie Bernard, Liberty — The senior Washington commit caught 54 passes for 969 yards and 14 touchdowns in helping the Patriots to the 2019 Class 4A state championship.

3. Jett Solomon, Desert Pines — The senior Utah State commit proved to be a reliable target who is explosive after the catch in the Jaguars’ 11-1 run to the 4A state semifinals in 2019.

4. Jonathan Brady, Bishop Gorman — The senior is listed as a three-star recruit on 247Sports.com and figures to have a breakout season opposite Zaccariah Branch.

5. Kyri Shoels, Arbor View — The senior has an offer from Northern Arizona, should receive more chances with the ball in his hands as the Aggies use the spread offense more than in the past.