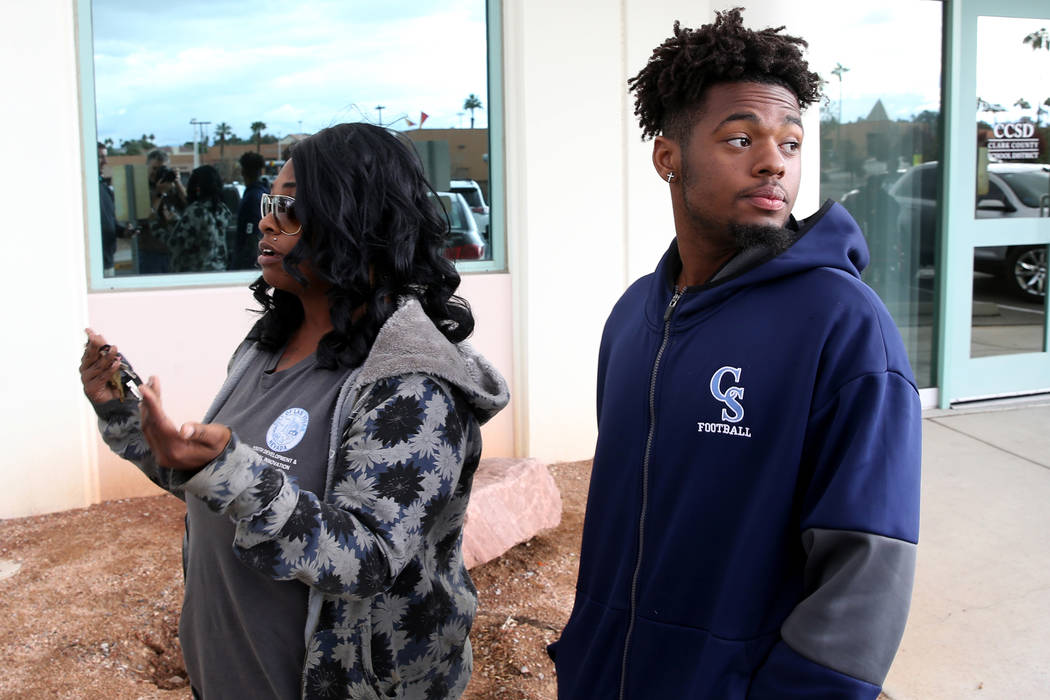 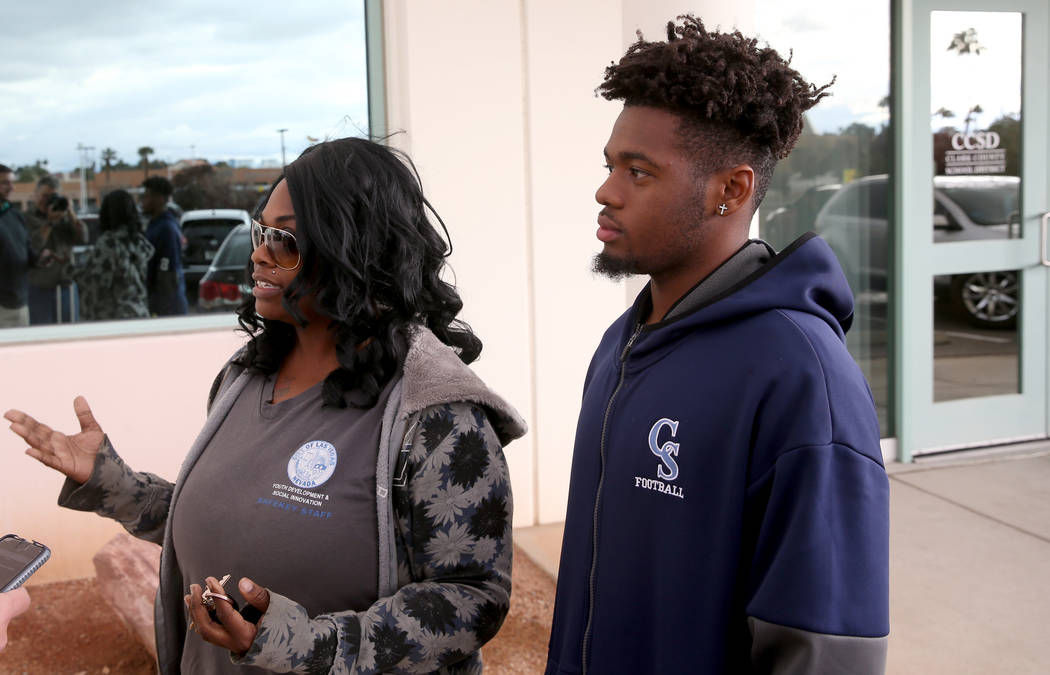 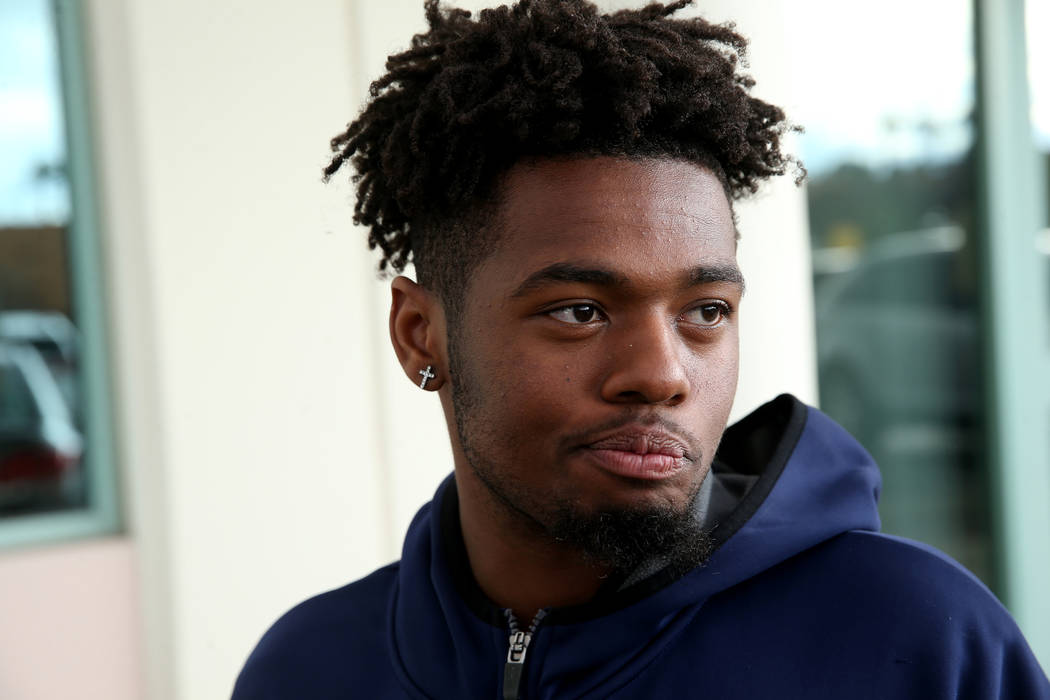 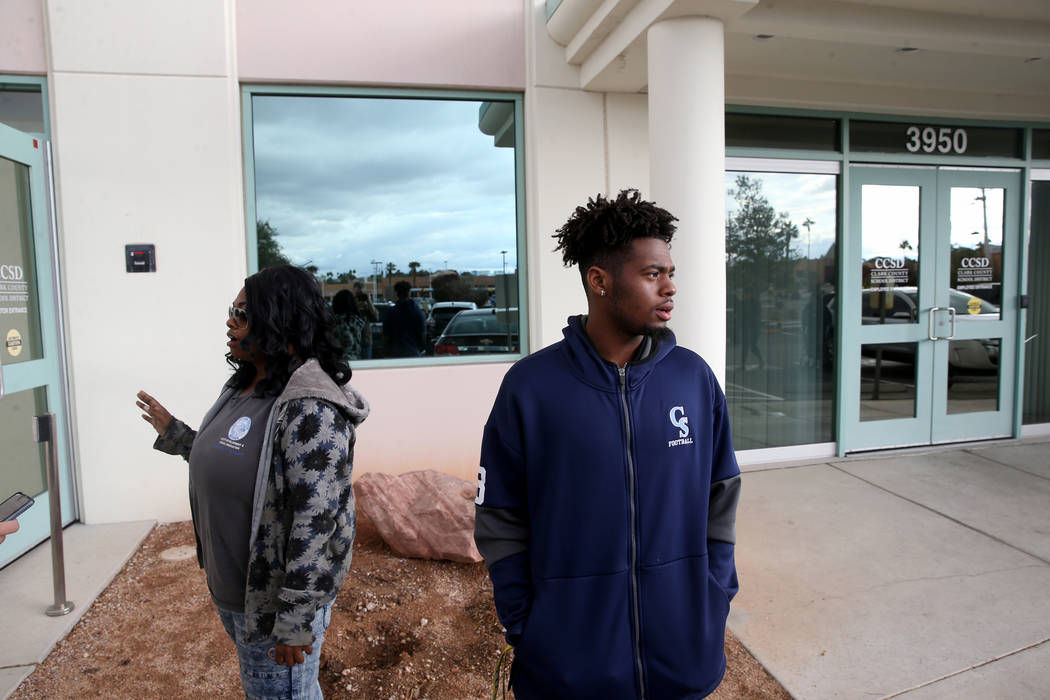 A decision will be made Friday on an appeal by Canyon Springs High School over the use of an ineligible player, a move that knocked its football team out of the Mountain Region playoffs.

“Canyon Springs has presented their case in terms of the appeal before the hearings officer,” NIAA executive director Bart Thompson said after a closed hearing Thursday. “They presented a spirited defense. We looked at both sides of the issue. The hearings officer will take the issue under advisement and issue a ruling (Friday) morning.”

The Pioneers were forced to forfeit all their wins this season, including a 24-20 victory over Arbor View last Friday in the Mountain Region quarterfinals.

The forfeits stem from the eligibility of Canyon Springs starting quarterback DJ Lewis-Bealer. The senior transferred to Canyon Springs from an Arizona school before the season and was cleared to play by the NIAA, but the Clark County School District ruled him ineligible Monday.

Arbor View was placed back in the playoffs and is scheduled to play at Desert Pines in the Mountain Region semifinals Friday unless the hearing officer’s decision comes back in favor of Canyon Springs.

NIAA assistant director Donnie Nelson said in a statement “the matchup and game date, start time could change based on the outcome of Canyon Springs’ appeal.”

Lewis-Bealer declined to comment after the hearing, but he said earlier Thursday that it had been a tough week for him and the team.

“It was never about me when I found out we were going to have to forfeit,” Lewis-Bealer said. “I’ve said it religiously that these guys have worked so hard, and they don’t deserve what’s going on right now. It’s bigger than me, and I wouldn’t care if they reinstated us and I wasn’t able to play. I didn’t carry this team. It’s deeper than one player. I just want the team to be able to play.”

The hearing was originally scheduled to be at the CCSD’s Curriculum and Professional Development Center, but it was moved to Chaparral High School. Lewis-Bealer, his mother and grandmother and a small contingent of supporters were still at the original location when the hearing was scheduled to begin. Lewis-Bealer and his mother eventually went to Chaparral and were allowed into the hearing.

Thompson declined to comment on why Lewis-Bealer’s eligibility was raised at this point of the season.

“A lot of that involves records for a student that we wouldn’t get into,” Thompson said.