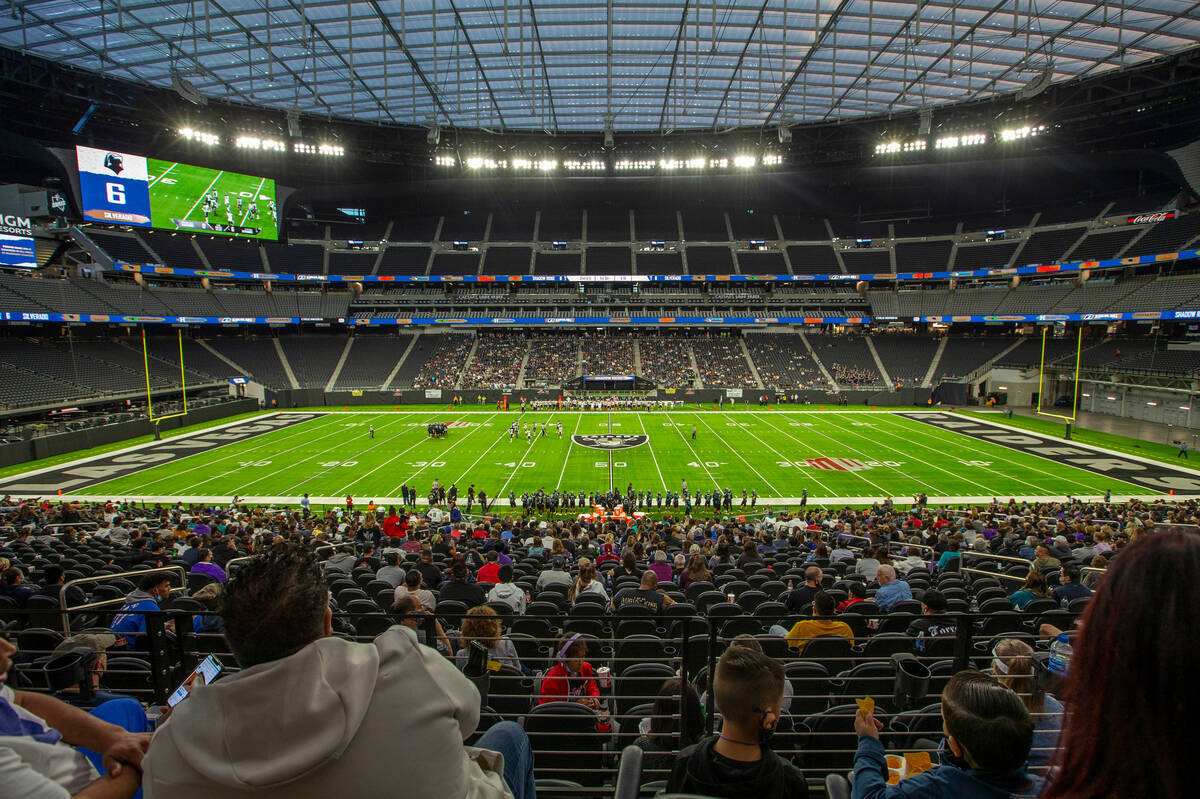 That was on full display when the Panthers needed to rally from a 12-point halftime deficit in Monday’s Class 1A state championship game.

Maxwell rushed for two touchdowns in the second half and made an interception on defense in the end zone late in the fourth quarter to give Pahranagat Valley its third straight state title in a 26-18 win over Spring Mountain at Allegiant Stadium.

“We hand-picked him as our quarterback,” Hansen said. “We knew he was going to lead us one day and he did that. I can’t say enough about his heart and desire to win.”

Maxwell also had a 24-yard touchdown pass on the game’s opening drive. But that was the only bright spot in the first half for the Panthers.

Hansen said Spring Mountain’s speed caught them off guard in the first half, but he said was confident his team would make the appropriate adjustments.

“It was just little tweaks that our assistant coaches made and our players were amazing and executed on them,” Hansen said.

Pahranagat Valley started its comeback with a 3-yard touchdown run from senior running back Carson Hansen, who finished with 168 rushing yards.

Maxwell scored his two touchdowns on a pair of quarterback sneaks, one in the third and another in the fourth quarter.

Spring Mountain made one final comeback attempt. But with roughly two minutes left, Golden Eagles quarterback Rayshad Lefear was picked off by Maxwell in the end zone that sealed the Panthers’ 23rd state title.

Lefear completed 27 of 36 passes for 345 yards and two touchdowns for Spring Mountain (9-3). He also had a 43-yard rushing touchdown.

“The last couple of weeks they faced some adversity,” Hansen said. “They’re just fighters, and I appreciate them, their hard work and their trust in us coaches.”