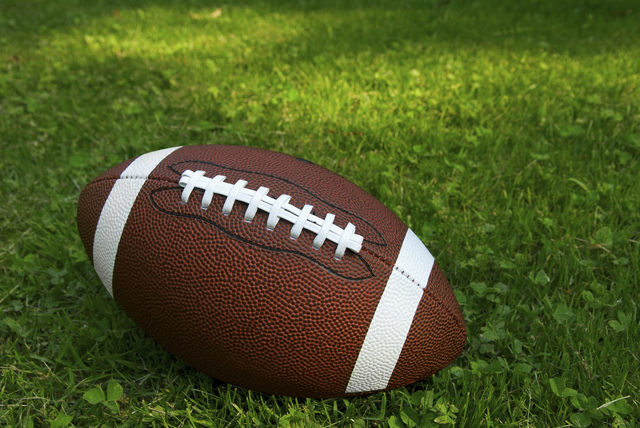 Sierra Vista’s football team is rolling through the Class 4A Southwest League.

The Mountain Lions coasted to a 48-0 win over the Bonanza, and improved to 4-1 overall and 3-0 in league play.

The Mountain Lions dominated the line of scrimmage on Friday night, holding the Bengals to 96 total yards. Sierra Vista also intercepted six passes and forced a fumble on a kickoff.

“We spend a lot of time in the weight room,” Sierra Vista coach John Foss said. ”We tried to be physical and over time, it kind of wears down some people. We’ve got a lot of depth in our skill positions so we could just kind of keep getting kids carries and it kind of helps us as the game goes on.”

Sierra Vista rushed for 309 yards and six touchdowns on 39 carries from 12 players. Kaika Faatiliga ran for a team-high 91 yards and two scores — including a 51-yarder — on five carries.

“We came out here, did our job, turn out it’s a W,” Faatiliga said. “I didn’t even expect that [long touchdown run], you know. … I thought I was going to be hawked, had to boost my speed up, follow my blocks, and the next thing you know I was in the end zone. It felt great.”

Quarterback Trevor Gentner threw for 118 yards and a touchdown.

A competitive game turned into a blowout midway through the second quarter after the Mountain Lions jumped out to a 14-0 lead.

The Bengals fumbled the ensuing kickoff at their own 24.

Five plays later, Taelase Gaoteote crashed into the end zone from three yards out to give Sierra Vista a 28-0 lead at the half.