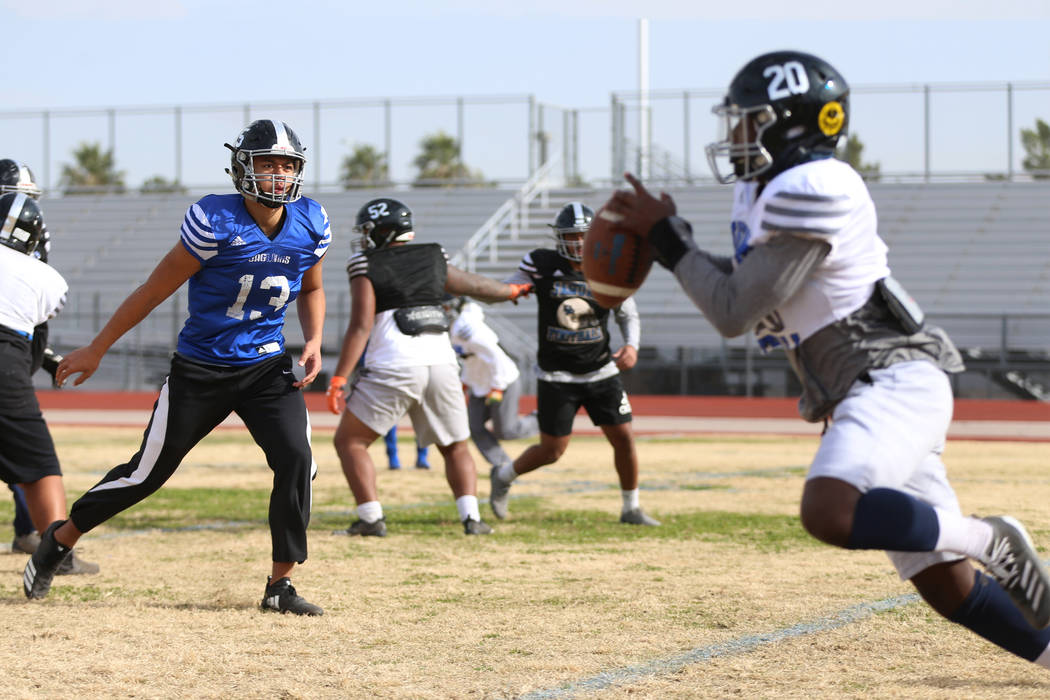 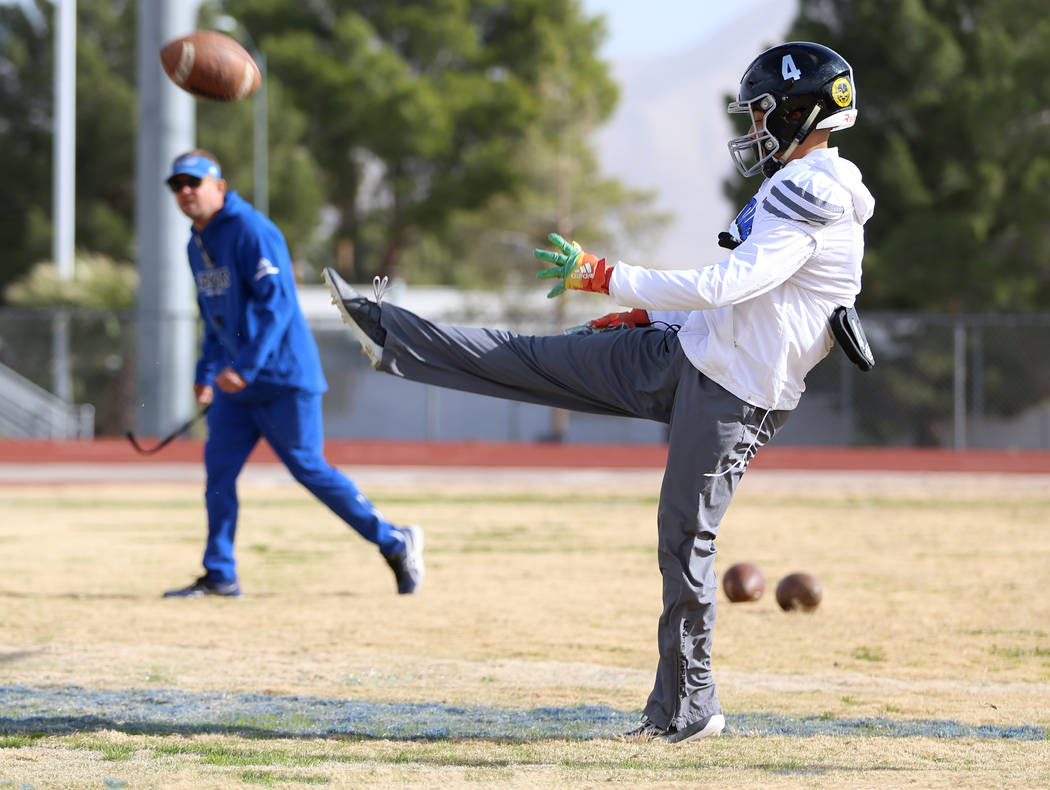 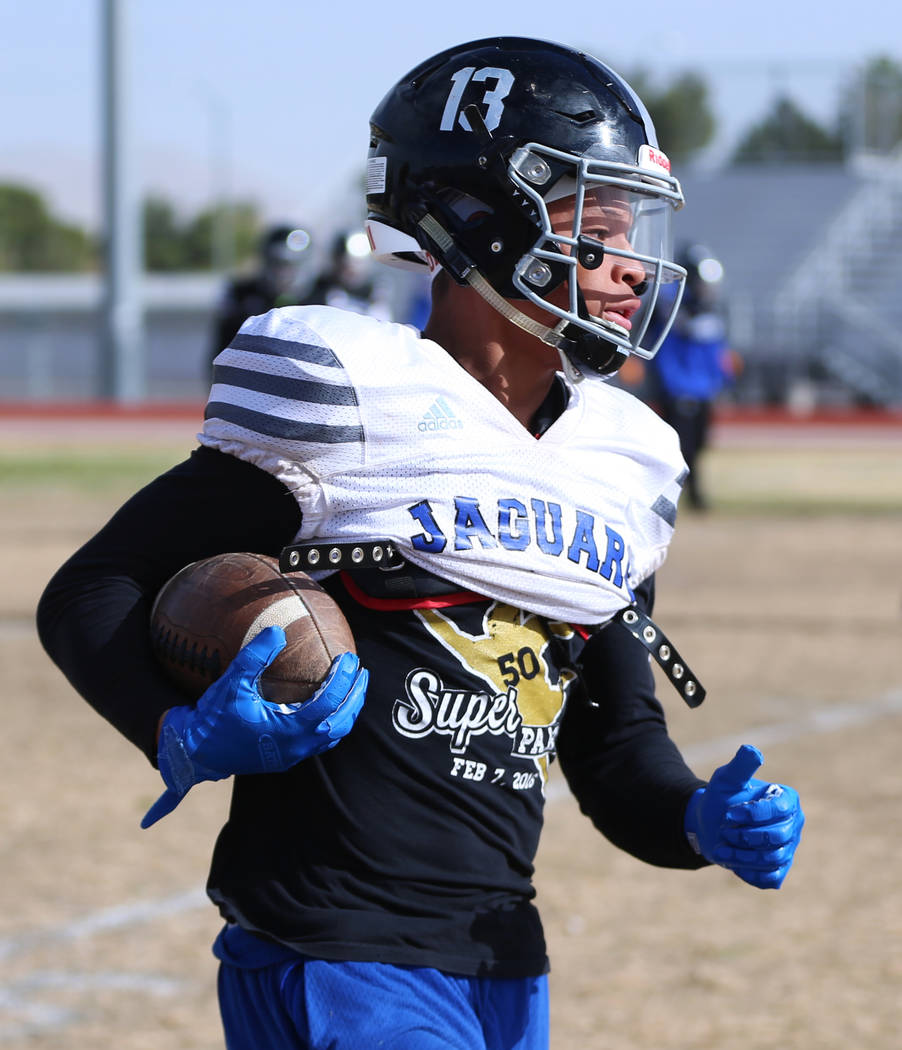 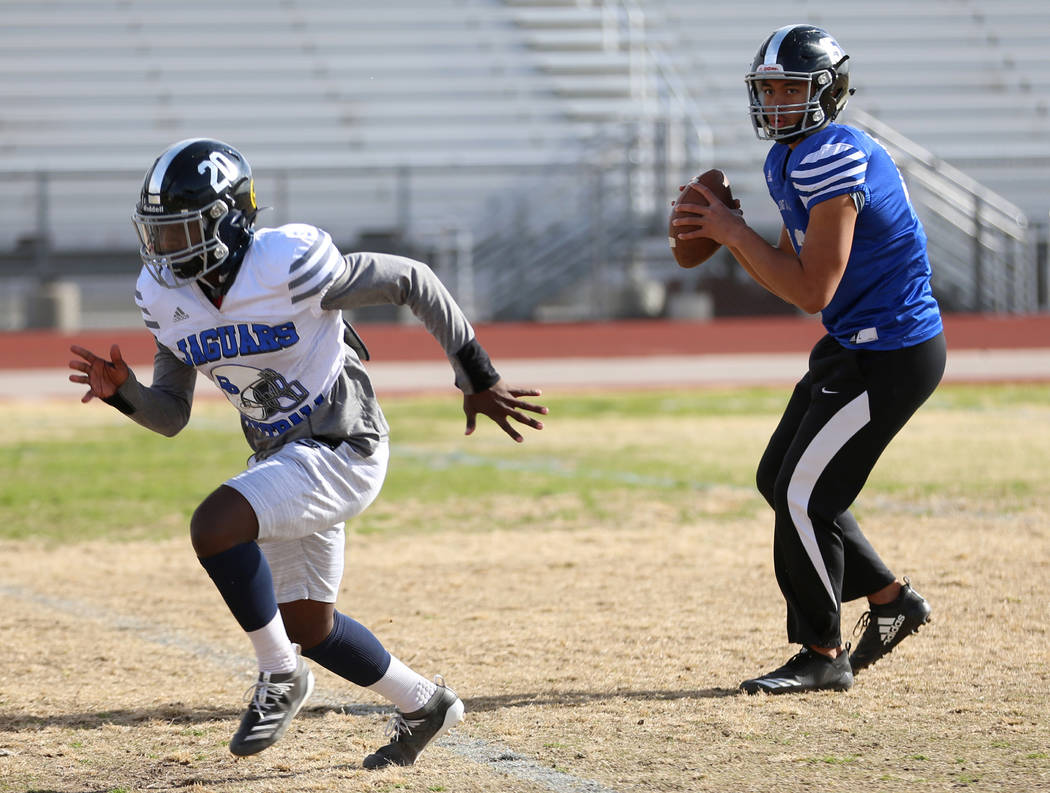 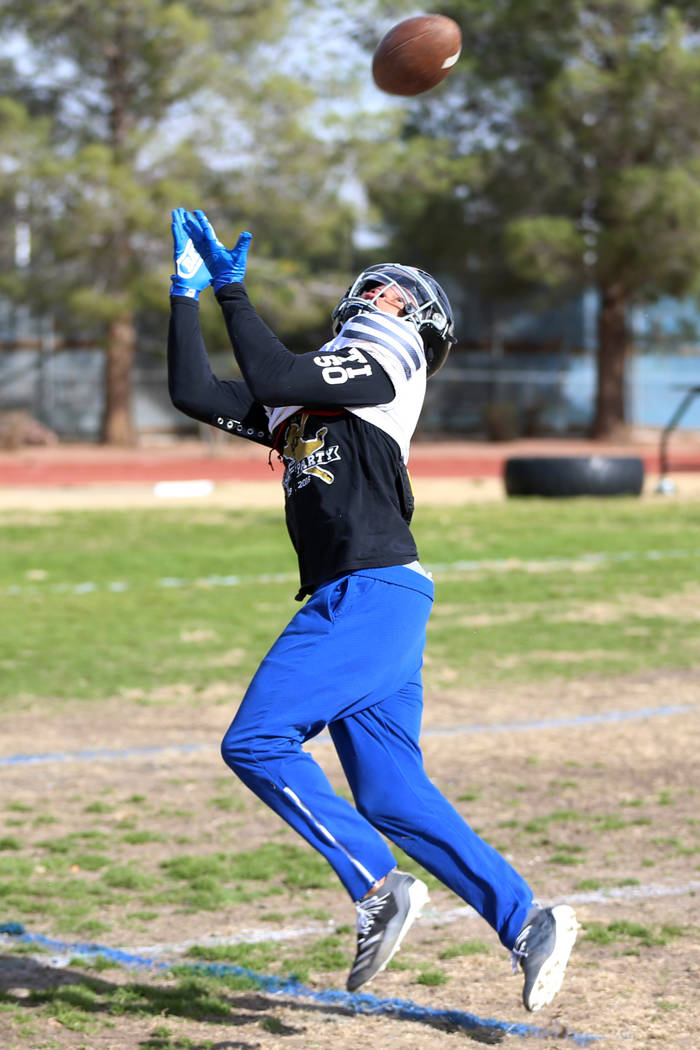 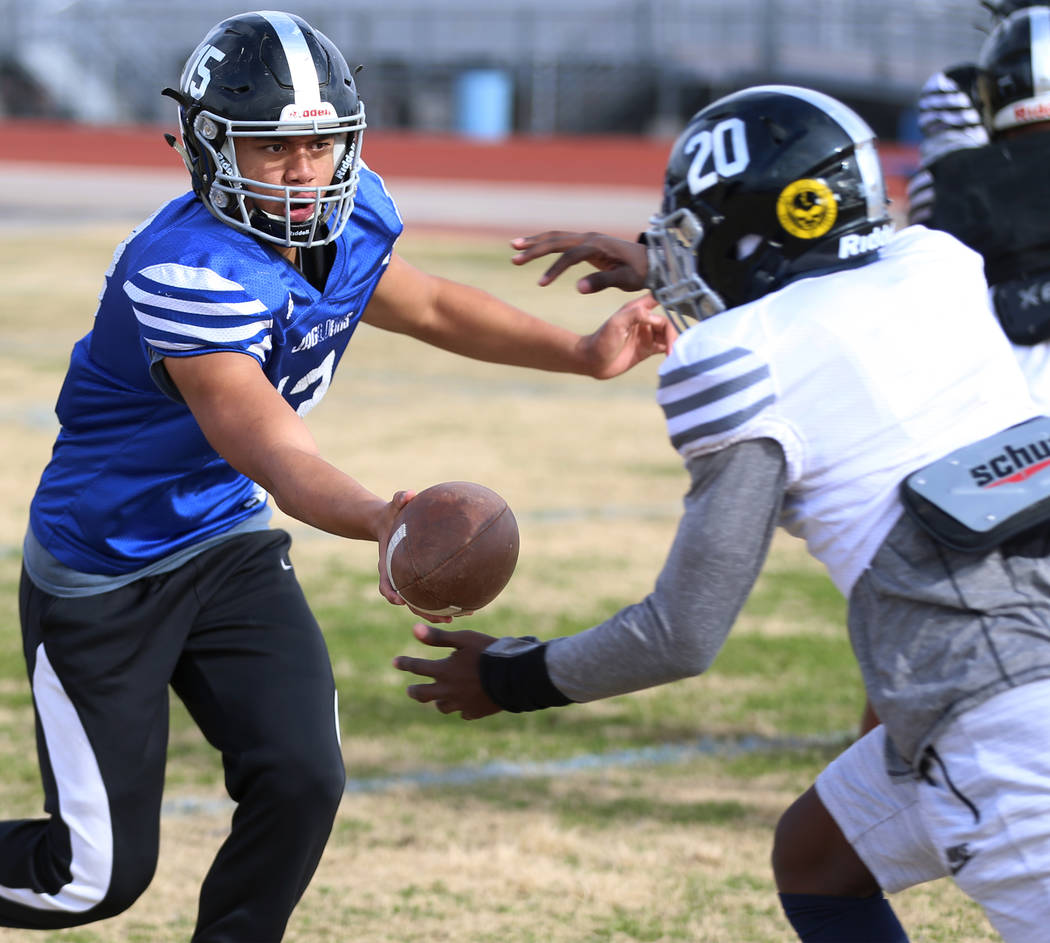 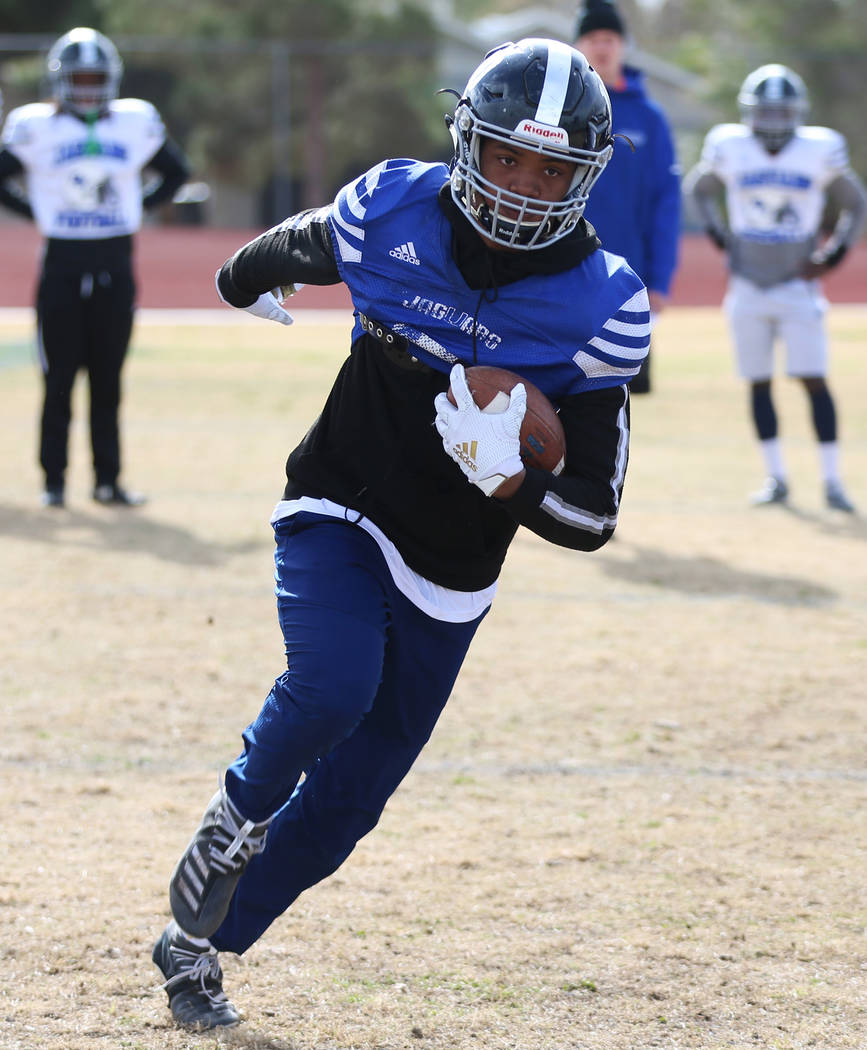 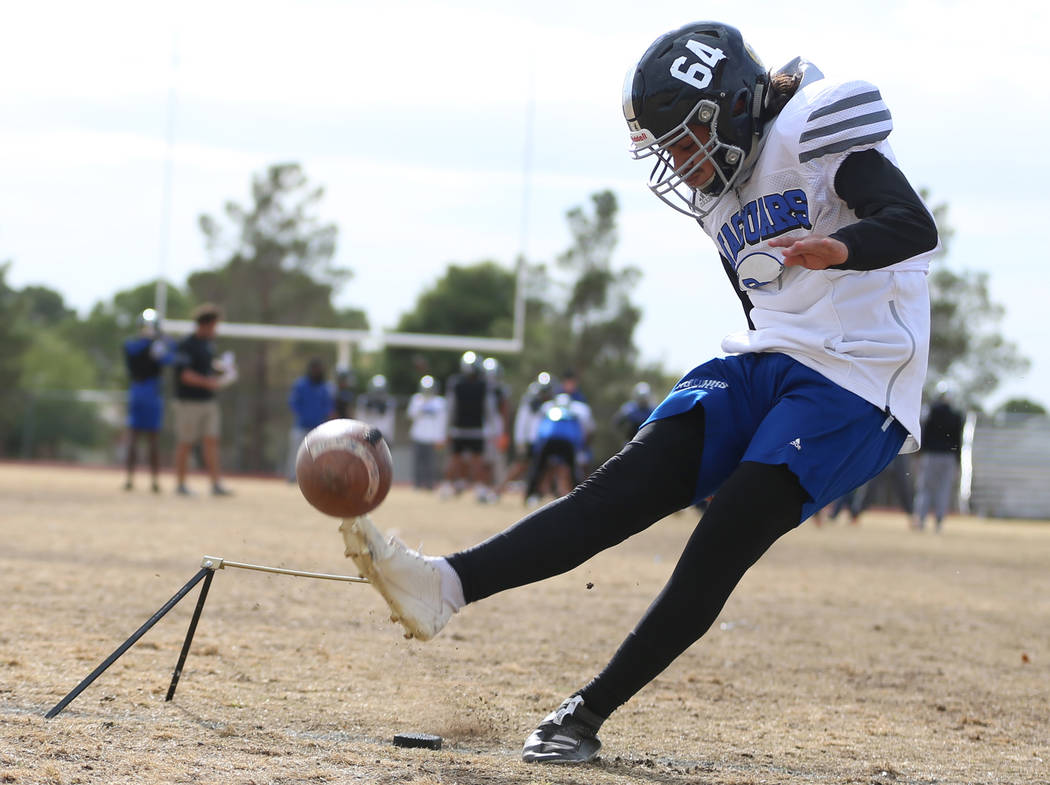 Rarely does a team get to relive a situation in which it failed and make it right, but that’s where Desert Pines found itself last Friday.

Desert Pines left no room for drama this time, scoring twice in the final quarter to take a 35-7 win, staying undefeated and moving to Saturday’s Mountain Region championship game. The Jaguars will meet Centennial at 4:10 p.m. at Eldorado for the right to play in next week’s Class 4A state championship game.

“This year was a lot different because last year we were panicking,” Desert Pines defensive lineman Gabriel Lopez said. “This year, they didn’t score on us on defense, so we knew the defense was working. We just had to keep pushing and finish the game.”

The Jaguars (11-0) haven’t had to sweat the outcome in many games. They’ve outscored their opponents on average 47-9, and they’ve done so with a roster filled with top-flight talent.

Tight end Darnell Washington is a five-star recruit who is ranked No. 6 in the ESPN 300, and Lopez recently committed to Washington State. Defensive lineman Jonathan Pickett, safety William Paden and linebacker Elijah Wade also are among the top 20 in the state, according to 247Sports.com.

That’s only the seniors. Several juniors and sophomores already are getting college looks.

While most of the attention has been paid to the Jaguars’ star-studded defense, their offense has been just been just as impressive with a bevy of young players. Sophomore quarterback Rjay Tagataese has passed for 2,624 yards with 29 touchdowns and one interception. Freshman Deandre Moore is second on the team with 600 receiving yards, and his 11 scores lead the team.

The biggest difference is the running game. That’s where sophomore Javontae Barnes and his 1,013 yards and 13 scores come into play.

“Now that we have the run game, it puts pressure on the other teams,” junior offensive lineman Fatafehi Vailea said. “We’re more versatile. We can run and pass, and that balance is good to have.”

And the defense is simply nasty. It has allowed more than 14 points only twice, and last Friday’s win over Arbor View was the fifth time the Jaguars limited a foe to seven or less. Lopez leads the team with 15 sacks, but Pickett is on his heels with 13. Jett Solomon, a sophomore who also has been a reliable receiver, has a team-best five interceptions.

Desert Pines coach Tico Rodriguez said he isn’t surprised by how his team has performed this season. The Jaguars won back-to-back Class 3A state championships in 2016 and 2017, with a few of this year’s players contributing to one or both of those. But they have been tested.

The Jaguars’ most difficult game came at home against Legacy. They fumbled the ball away on their first three possessions, and the game was tied before Barnes broke a 29-yard touchdown run with about nine minutes left in a 21-14 win.

“Every season you’re going to have a game where you play sloppy and survive it, and your kids get tested,” Rodriguez said. “We didn’t play particularly well, and we had to be honest with ourselves.

“When we play down to the competition we’re not going to be successful. We went back to work, and since that we’ve been rolling.”

They certainly have been, and they hope it will continue for two more weeks. Lopez said the Jaguars were “low-key disappointed” to see Liberty end Bishop Gorman’s 10-year streak of state championships, since they wanted to be the ones to do it. But the Jaguars would get a chance to face Liberty if both win their respective semifinals this week.