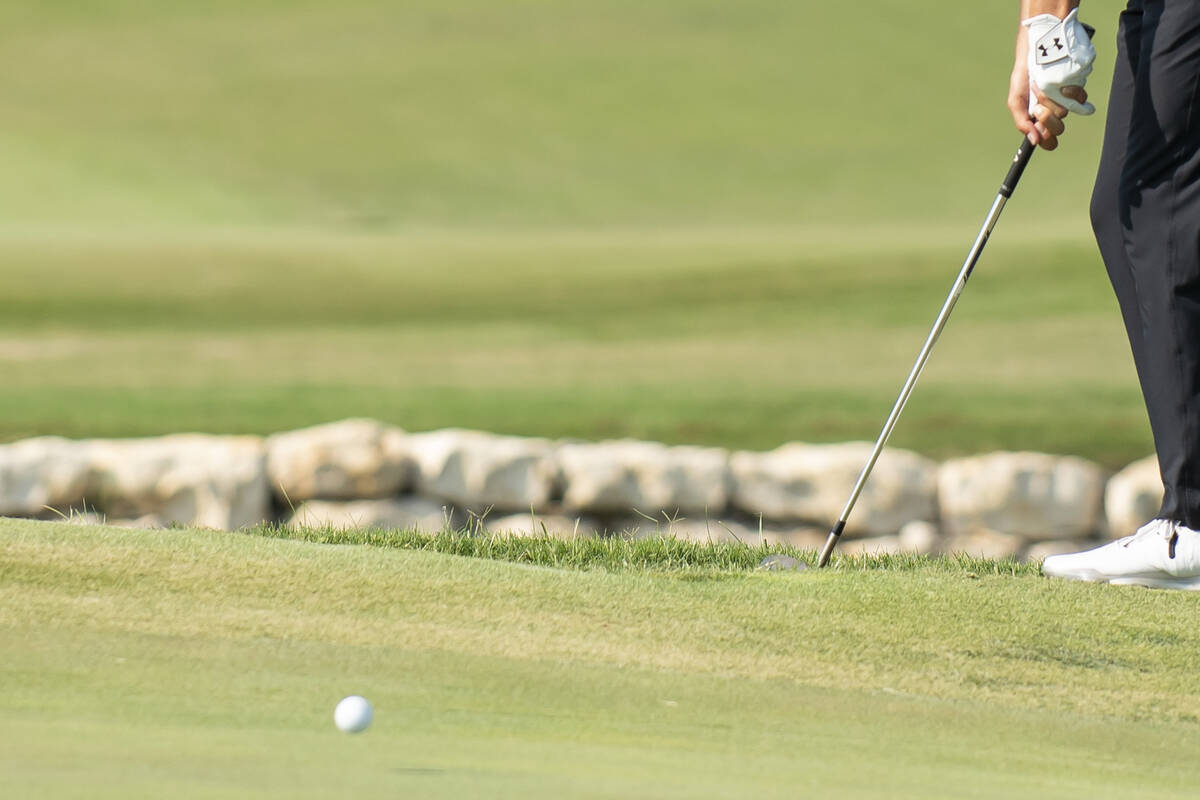 Coronado shot a second-round 19-over 307 for a two-day total of 27-over 603 to win the Class 5A boys state golf championship Wednesday at Coyote Springs Golf Club in Moapa Valley.

“I’m just so thrilled for the kids,” Coronado coach Rusty Andersen said. “Shadow Ridge played great, and Gorman made a big push today. Team golf is awesome. Yesterday, one of our seniors didn’t play so hot, but he came back today and was the low man for us. These guys have a ton of character.”

Coronado has three seniors in Tommy Chung, Ian Fritz and Brett Sawaia who also won state as freshmen before being denied the opportunity the past two years because of COVID-19.

Fritz shot an even-par 72 after struggling to a 6-over 78 on Tuesday. Andersen said that was indicative of the team’s resilience and ability to shake off a sketchy round.

“That’s the beauty of team golf. You have a bad day, it’s not like an individual tournament,” Andersen said. “You come back the next day and it’s still all there for you. We had three seniors and three sophomores. The seniors had carried the team the whole season, but the sophomores did more than their share (at state). It was just a really good team win.”

In the individual race, Palo Verde’s Mason Snyder fired a 1-over 73 on Tuesday but rallied with a second-round 67 Wednesday to win the title at 4-under 140.

Foothill’s Andrew Hawk finished three strokes back at 1-under 143, and Gorman’s R.J. Arone and Carson’s Lukas Taggart tied for third at 2-over 146. Coronado’s top finisher was Sawaia, who tied for fifth with Gorman’s Avery Lazarski at 4-over 148 and Shadow Ridge’s Bridger Johnson.

Coronado’s championship completed a sweep of the boys and girls 5A state titles. The girls shattered the state record by finishing with a 2-under 566 during the fall.

Truckee shot a two-day total of 98-over 674 to win the Class 3A state championship Wednesday at Mountain Falls Golf Club in Pahrump.

Truckee’s Gabe Smith had a 4-under 68 in the second round to finish at even-par 144 to win the individual title by 18 strokes. Legacy’s Vincent Kyle Forbes was the Southern Region’s top individual at 19-over 163 to tie for third.