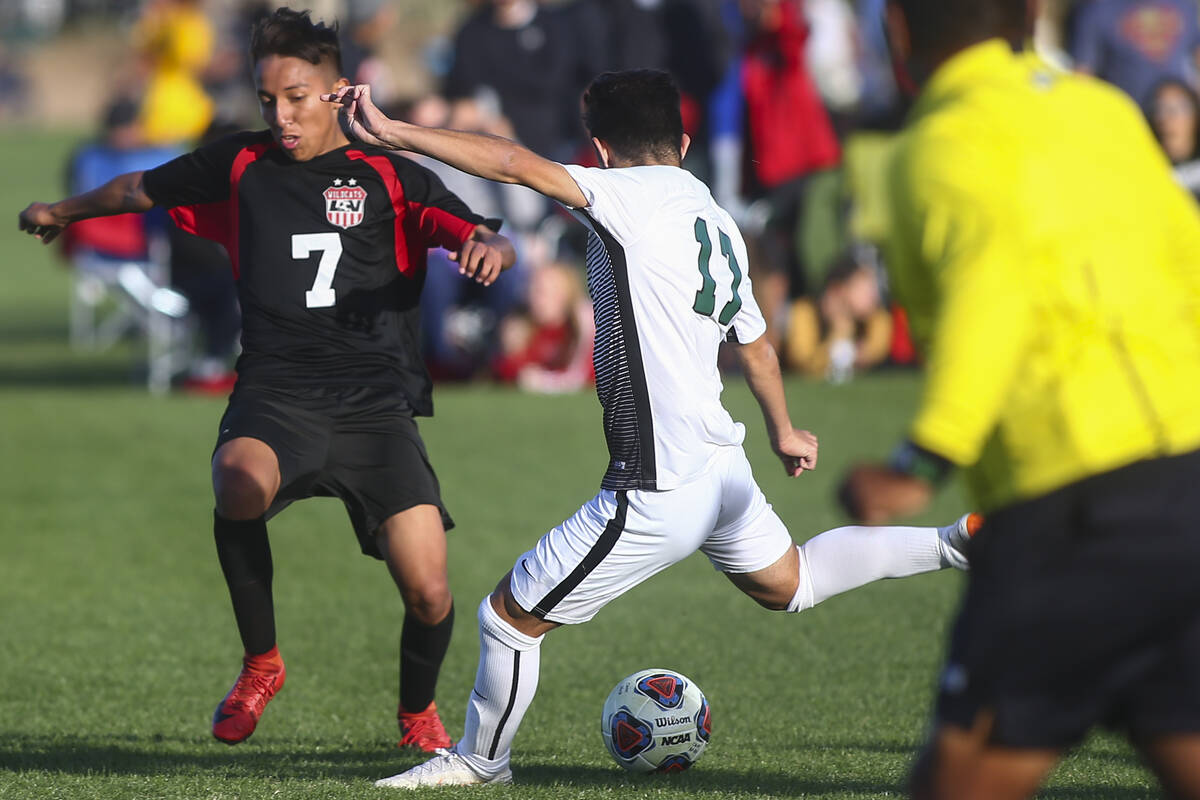 Palo Verde quickly established itself as a team to be reckoned with when it beat Las Vegas to open the season.

It took a little longer for Coronado, but the Cougars got hot at the end of the season.

Both will represent the Class 5A Southern Region in the boys soccer state tournament starting Friday at Spanish Springs High School in Sparks.

Palo Verde will meet Reed at 10 a.m., followed by Coronado-Hug at noon. The semifinal winners will meet for the championship at 10 a.m. Saturday.

Palo Verde won the 5A Southern Region tournament last week, defeating Coronado 4-2 in the final. The Cougars scored first, but the Panthers answered with three goals before halftime.

“It’s always good to have momentum,” Palo Verde coach Scott Hunt said. “To get this win and be the top seed out of the South is huge. People always wonder if these games really matter, but they do for momentum.”

Palo Verde (19-2-2) didn’t advance out of the regional quarterfinals in 2019, but it has been bolstered offensively by sophomore Yuval Cohen, who is second in the valley with 38 goals and whose 13 assists are tied for the team lead. He had two goals and one assist in the win over Coronado.

For the Cougars (11-3-4), the season has been about health. They suffered through early-season injuries but began a 10-match win streak at midseason, a run snapped by Palo Verde.

Before that loss, however, Coronado knocked 2019 state champion Bishop Gorman and Las Vegas, the No. 1 seed and 2018 state champion, out of the regional tournament. Palo Verde’s two losses were against Las Vegas.

“That loss (to Palo Verde) could be a good thing because we’re super hungry now,” Coronado coach Dustin Barton said. “We expect to see Palo Verde in the championship game. We think we have what it takes, but anything can happen this time of the year.”

Coronado’s offense has been balanced, with Chase Ciobanu leading the way with 20 goals. Francisco Ayala has 13 and Clifford Findlay 12, and Collin Anderson has a team-high 11 assists.

Barton said his team’s success will be determined by how much energy it brings. Coronado should have help in that regard, as it plans to root on its girls team and vice versa.

“We play one after the other, so we’ll be there for them,” Barton said of the Coronado girls, who play Galena at 2 p.m. in the semifinals. “We’re hoping we’ll have a Coronado sweep.”