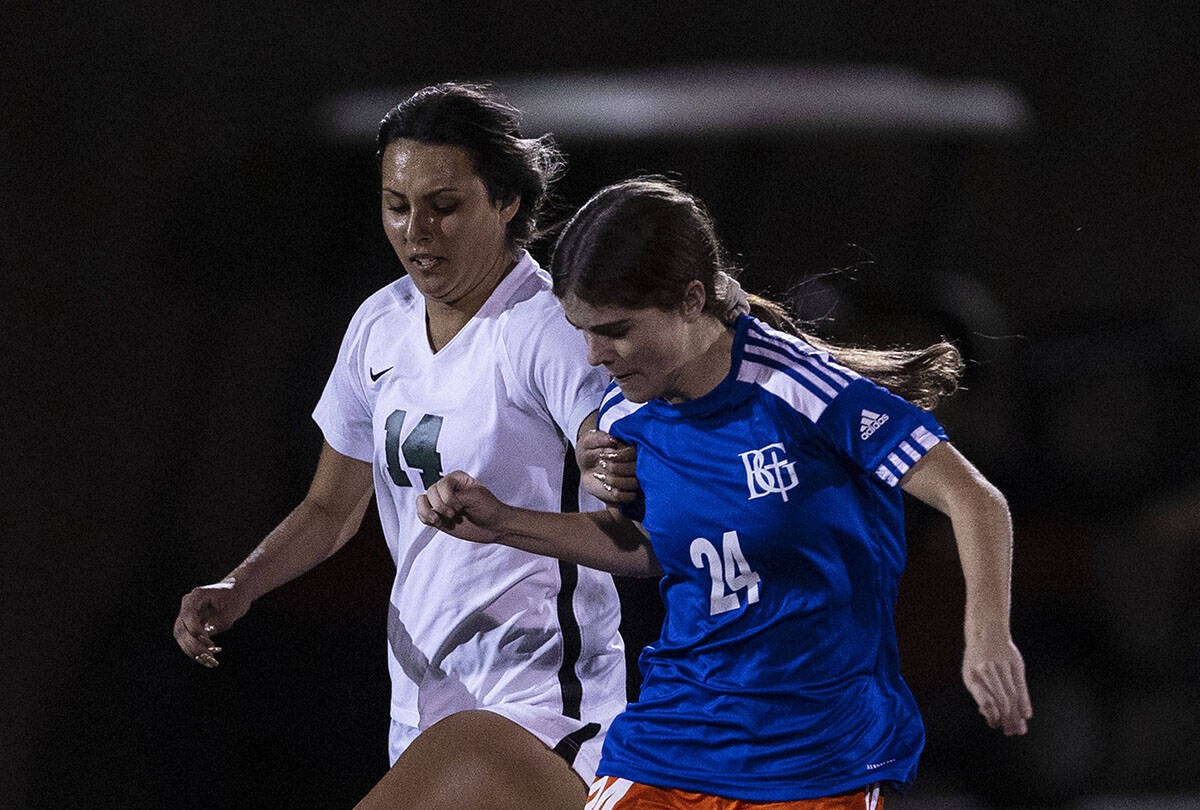 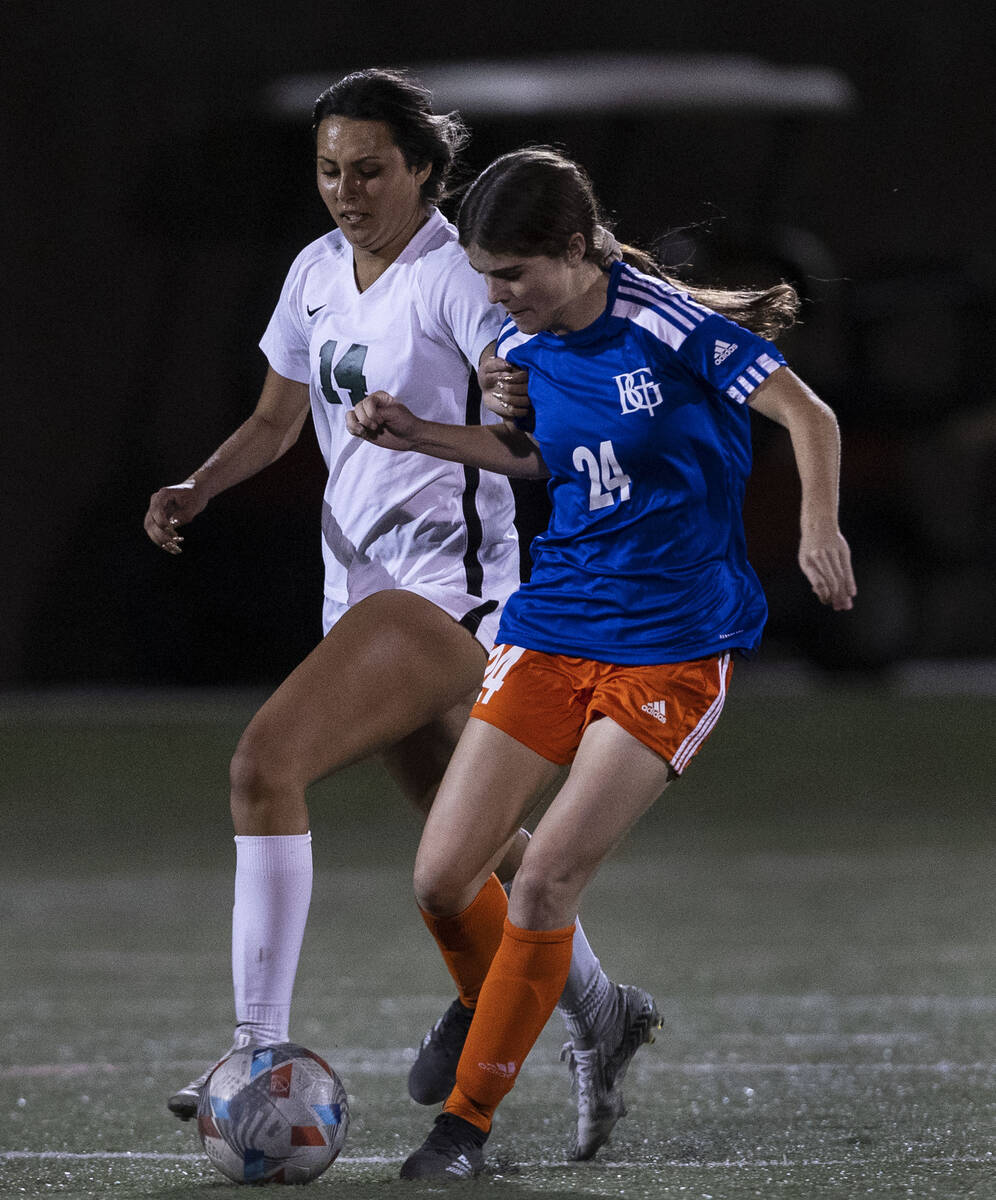 Hunter Borgel is used to playing for her dad, Doug, going back before Bishop Gorman High to when at age 4 she competed in club soccer.

A major advantage to being the coach’s kid is the ride home after practice or a match. That extra post-competition talk has served her well in her development as a player.

Borgel played for Gorman as a freshman, made honorable mention All-Southern Nevada as a sophomore and now as a junior continues to progress. She produced two goals and two assists in a 6-0 victory over Centennial and scored a goal in a 2-0 win over Faith Lutheran to earn Nevada Preps Girls Athlete of the Week.

She has nine goals and six assists through 24 matches. It’s quite a jump from her freshman season when Borgel competed against more physical and experienced players.

“It tested me a bit,” Borgel said. “In the beginning, I was definitely more nervous fitting in and seeing if I could compete at their level. But the team was very welcoming and they were understanding.

“This year, I feel a little bit more driven and more confident. I’m an upperclassmen, so I’m up against more people my age.”

Borgel, a center forward, also plays for the Las Vegas Sports Academy. At the end of last season, she was invited to the Girls Academy Southwest and Mountain West Talent ID showcase, which allows her to train with the nation’s best players.

That experience should help her attract college attention. UNLV, UNR and Grand Canyon have shown early interest, and Borgel said recruiting will heat up in the fall when she returns to club play.