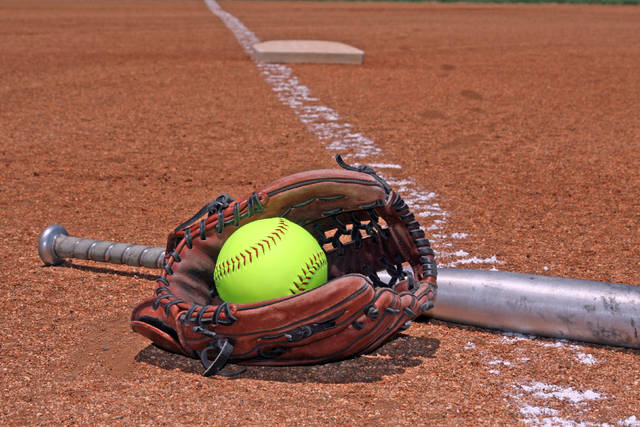 Hannah Barr supplied two hits and two RBIs for Basic, which had a six-run fifth inning to erase a 5-0 deficit.

Brooke Haney went 2-for-4 with a two-run home run for Green Valley.

Tyre Hilton finished 3-for-3, and teammates Olivia McClain and Jalen Jones each supplied two hits for the Gators.

Las Vegas 13, Foothill 3 — At Las Vegas, Sabrina Saldate went 3-for-4 with a double, triple and four RBIs, and Skyler Gorrell finished 3-for-4 with two doubles and an RBI in the Wildcats’ five-inning win over the Falcons.

Arienn Ackerman and Angelina Visitacion each had three hits for the Wildcats, who led 5-0 after the second inning and scored five times in the bottom of the fifth to end the game via the 10-run rule.

Caitlyn Stevenson went 1-for-3 with a solo home run for Foothill.

Coronado 16, Valley 0 — At Valley, Ashley Ward homered, had four RBIs and threw a three-inning no-hitter with eight strikeouts in the Cougars’ win over the Vikings.

Liberty 16, Eldorado 1 — At Liberty, every Patriots starter had at least a hit and a run scored as they rolled over the Sundevils in three innings.

Shelby Carvaino had a homer and five RBIs for the Patriots, Morgan LaNeve had two doubles and four RBIs.

Rancho 15, Canyon Springs 0 — At Canyon Springs, Yvette Sanchez went 2-for-3 with a double, two stolen bases and two RBIs, and Lili Gutierrez gave up no hits with six strikeouts as the Rams blanked the Pioneers in three innings.

Ayanna Potter was 2-for-3 with a triple and an RBI, and Brenda Meza-Arias supplied a run-scoring double for Rancho, which iced the game with 10 runs in the top of the third.

Jasmine Martin, Alyssa Stanley, Alisha Schultz and Mia Voges each finished 2-for-4 for Shadow Ridge, which used a six-run third inning to avoid the three-game sweep.

Lauryn Barker had a triple and a single for Palo Verde. Makena Martin supplied a two-run double for the Panthers.

Centennial 12, Arbor View 7 — At Arbor View, Makenzie Ball and Seanna Simpson each had three hits, as the Bulldogs outslugged the Aggies.

Deanna Barrera earned the win in the circle with seven strikeouts and only three earned runs for Centennial, which used an eight-run fifth inning to take a 9-3 lead.

Faith Lutheran 16, Cimarron-Memorial 6 — At Faith Lutheran, Sophie Foster and Maggie Whipple each drove in three runs, and the Crusaders beat the Spartans in six innings.

Ellie Fried had three hits for Faith Lutheran, which scored seven runs in the bottom of the first inning and eight times in the fourth.

Bishop Gorman 17, Bonanza 2 — At Gorman, Darian Pancirov earned the win in the circle and was 3-for-4 with a home run and five RBIs to power the Gaels past the Bengals in four innings.

Reyna Matin went 3-for-3 with a walk and three runs, and Brianna Spizzuco supplied two hits and two RBIs for Gorman.

Samantha DeMattia had two hits and an RBI to pace Bonanza.

Boulder City 11, Western 0 — At Boulder City, Bailey Bennett-Jordan tossed five perfect innings with nine strikeouts and hit a game-ending three-run homer in the bottom of fifth in the Eagles’ win over the Warriors.

Jerra Hinson went 3-for-3 with a double, home run and three RBIs, and Micayla Gegen drove in two runs.

Green Valley is the top seed in the Class 5A tournament, followed by Centennial, Arbor View and 2019 state champion Shadow Ridge. The finals are scheduled for Saturday.