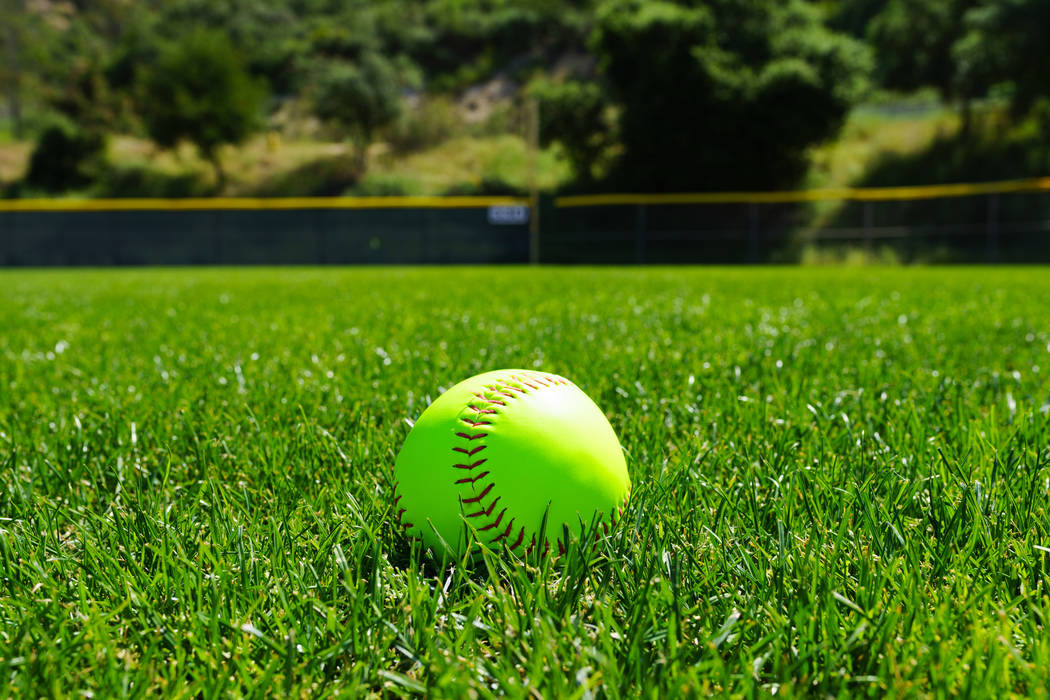 Marisa Olmos went 2-for-5 with a home run and three RBIs, and Liberty’s softball team scored twice in the top of the eighth inning to rally for a 10-8 victory over host Basic on Tuesday.

Morgan LaNeve doubled and drove in two runs, and Kylie Hefley went 2-for-4 with a triple and an RBI for Liberty.

The Patriots erased a 6-4 deficit with four runs in the top of the fifth before Basic tied the game in the bottom of the inning.

Lexie Edmunds and Shelby Basso each homered and drove in three runs for Basic.

Palo Verde 8, Shadow Ridge 7 — At Palo Verde, Cara Beatty’s sacrifice fly plated courtesy runner Keyana Neveu with the go-ahead run, and the Panthers scored twice in the bottom of the sixth inning to beat the Mustangs.

Ally Snelling went 2-for-3 for Palo Verde, including a run-scoring single in the sixth to tie the score at 7. Grace Chavez had two hits for the Panthers, who took advantage of nine walks by two Shadow Ridge pitchers.

Caitlyn Covington was 3-for-4 with a home run, and Raelyn Kendall was 2-for-3 for Shadow Ridge, which scored three runs in the top of the sixth to go ahead 7-6.

Centennial 4, Arbor View 1 — At Centennial, Amanda Sink fired a one-hitter with 12 strikeouts, helping the Bulldogs down the Aggies.

Brianna Benoit went 2-for-3 with a double and an RBI, and Jaden Tate supplied two hits and two RBIs for Centennial.

Faith Lutheran 19, Cimarron-Memorial 10 — At Cimarron, Clara Heislen had four hits and five RBIs to help the Crusaders outlast the Spartans.

Sierra Vista 4, Desert Oasis 1 — At Sierra Vista, Kalei Watkins scattered five hits over seven innings while giving up one run and went 3-for-3 with a double and an RBI as the Mountain Lions took down the Diamondbacks.

Elsy Guzman doubled and scored on a single by Jaid Raval in the top of the fourth for Desert Oasis.

Spring Valley 17, Clark 0 — At Clark, Talya Ushakoff went 2-for-3 with a double and three RBIs, and the Grizzlies took advantage of eight errors to rout the Chargers in three innings.

Siam Vicuna gave up no hits in three innings of work and drove in two runs, and batterymate Chrishelle Abril-Ryan went 2-for-4 with a double and two RBIs for Spring Valley, which led 10-0 after one inning.

Bishop Gorman 16, Bonanza 6 — At Gorman, Darian Pancirov earned the win in the circle and went 3-for-4 with two RBIs and two runs as the Gaels defeated the Bengals in six innings.

Reyna Martin was 3-for-5 with five RBIs and two runs for Gorman, which scored seven runs in the third inning to take a 7-4 lead.

Sara Riley and Samantha DeMattia each had two hits to lead Bonanza.

Pahrump Valley 10, Moapa Valley 9 — At Pahrump, Jackie Stobbe singled home the winning run in the bottom of the eighth inning, giving the Trojans the win over the Pirates.

Winning pitcher Amaya Mendoza helped herself with a bases-loaded double, and Skyler Lauver had a triple and two RBIs for Pahrump.

Sierra Staheli hit a double for Moapa Valley, which rallied from a 9-4 deficit before Stobbe’s heroics.

Boulder City 12, Cheyenne 1 — At Cheyenne, Bailey Bennett-Jordan threw a three-hitter with 13 strikeouts and no walks as the Eagles routed the Desert Shields in six innings.

Bennett-Jordan went 2-for-4 with a double, two RBIs and a run for the Eagles.

Tech 7, Sunrise Mountain 4 — At Sunrise Mountain, Avery Rayos singled home Melissa Fuller with the go-ahead run in the top of the sixth inning, and the Roadrunners added two more runs to down the Miners.

Gizele Cascos earned the win and struck out seven with one walk for Tech. Rhedisa Sua added a two-run single for the Roadrunners.

Mojave 21, Del Sol 11 — At Mojave, Emilee Mitton went 4-for-4 with two RBIs, and Jessica Ortiz had a double and four RBIs as the Rattlers outslugged the Dragons in five innings.

Anastasia Evans supplied a double and two RBIs, and Essence McRae had a triple and two RBIs for Mojave, which rallied from an 11-4 deficit with 17 runs in the bottom of the fifth.

Del Sol’s Selena Erickson had a three-run homer and a triple and finished with five RBIs.

Virgin Valley 17, Western 8 — At Western, Savannah Price went 5-for-6 and threw four innings of relief to earn the win as the Bulldogs pulled away late to beat the Warriors.

Calee Clem went 3-for-5, and Shalee Hafen added two hits for Virgin Valley, which scored six runs in the top of the sixth inning to extend an 8-7 lead.

Jennessa Dunton went 3-for-4, and Ellyson Reynada and Ashley Rodriguez each had two hits for Western.

Chaparral 24, Desert Pines 0 — At Desert Pines, Berenise Ibanez and Tabitha Mabry each had two hits and three RBIs to help the Cowboys rout the Jaguars in three innings.

Agassi Prep 20-17, Mountain View 5-27 — At Mountain View, Jordan Spriggs went 5-for-5 with a double, a triple, three runs and two RBIs in the second game to help the Saints salvage a split with the Stars.

Nia Van Kempen went 4-for-5 with a triple, three RBIs and three runs, and Emma Atanasova was 3-for-4 with a double, three runs and four RBIs for the Saints in the second game.

Khadeejah Griffin was 4-for-4 with a double, a home run, seven RBIs and three runs to lead Agassi Prep.

In the first game, Griffin went 2-for-3 with a home run and three RBIs to help the Stars top the Saints in three innings.

Darayon Moore was 3-for-4 with a run and two RBIs, and Ayanna McClendon went 2-for-3 with three RBIs and a run for the Stars, who were helped by nine walks and eight hit batters.