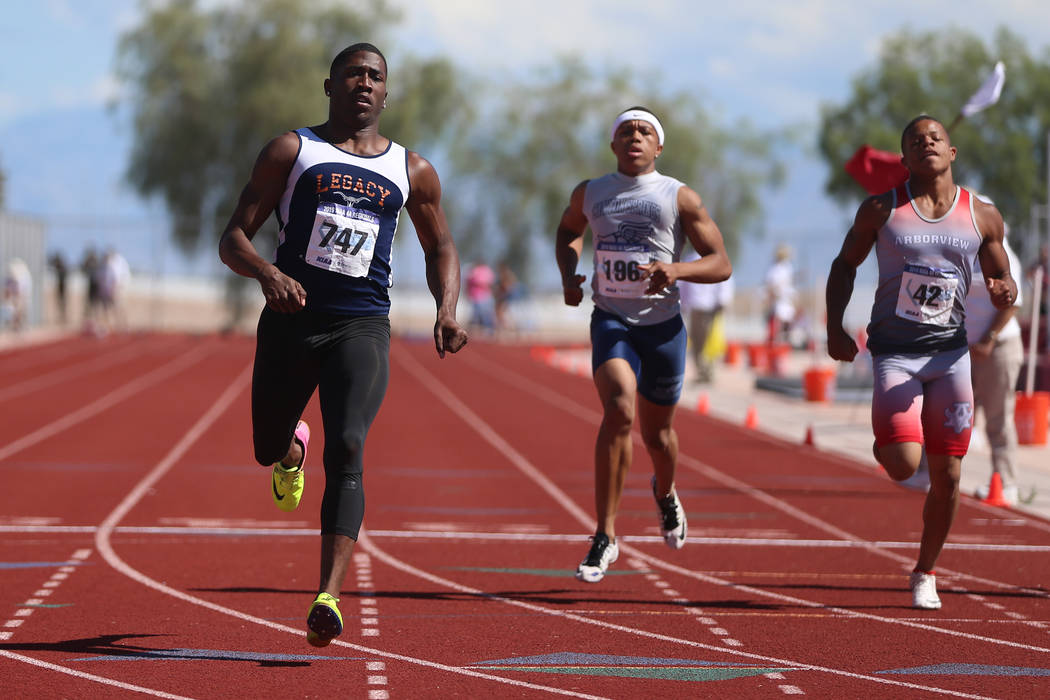 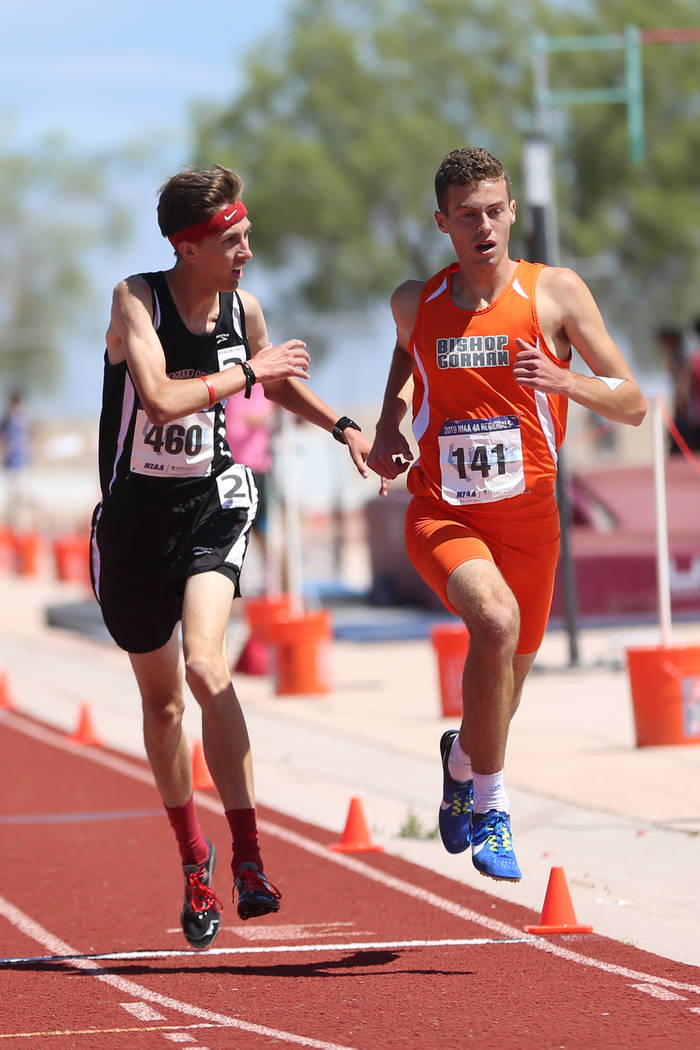 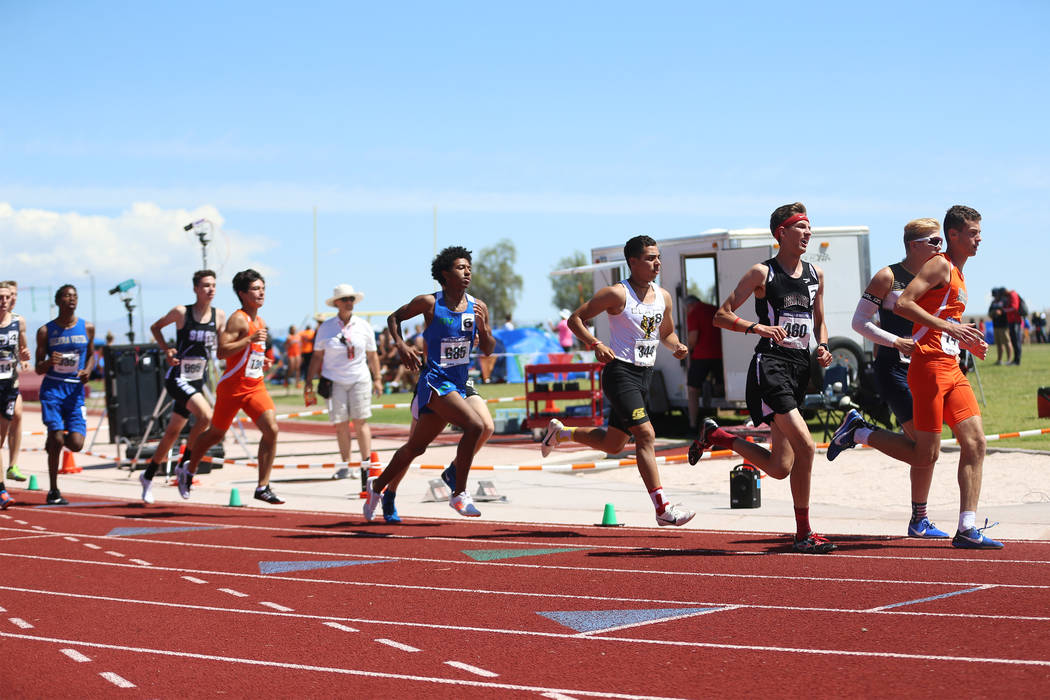 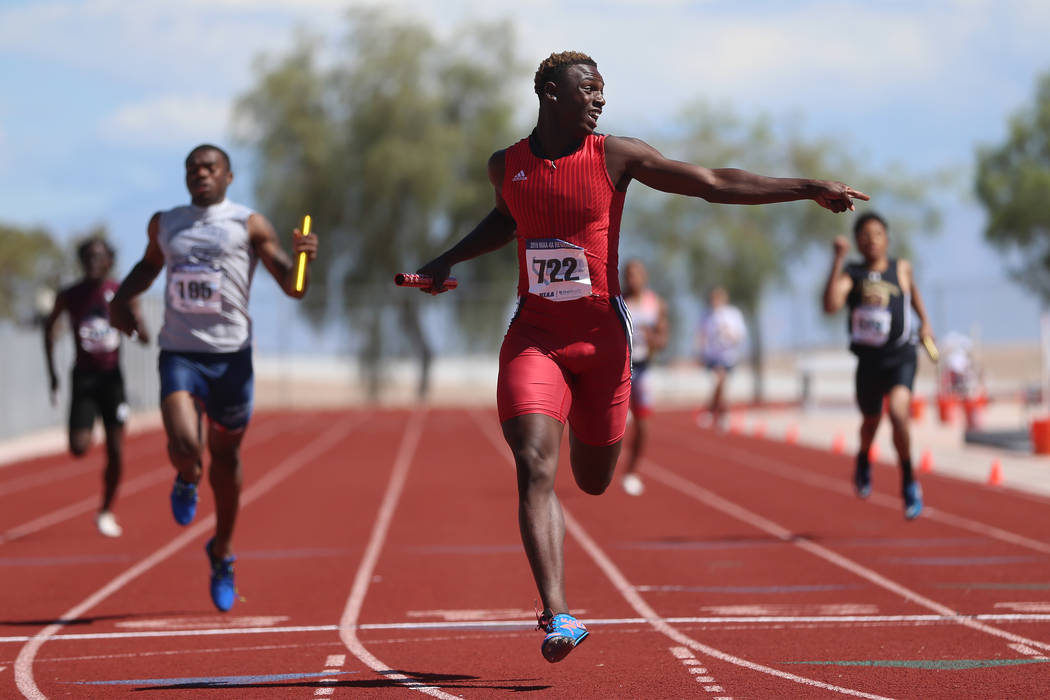 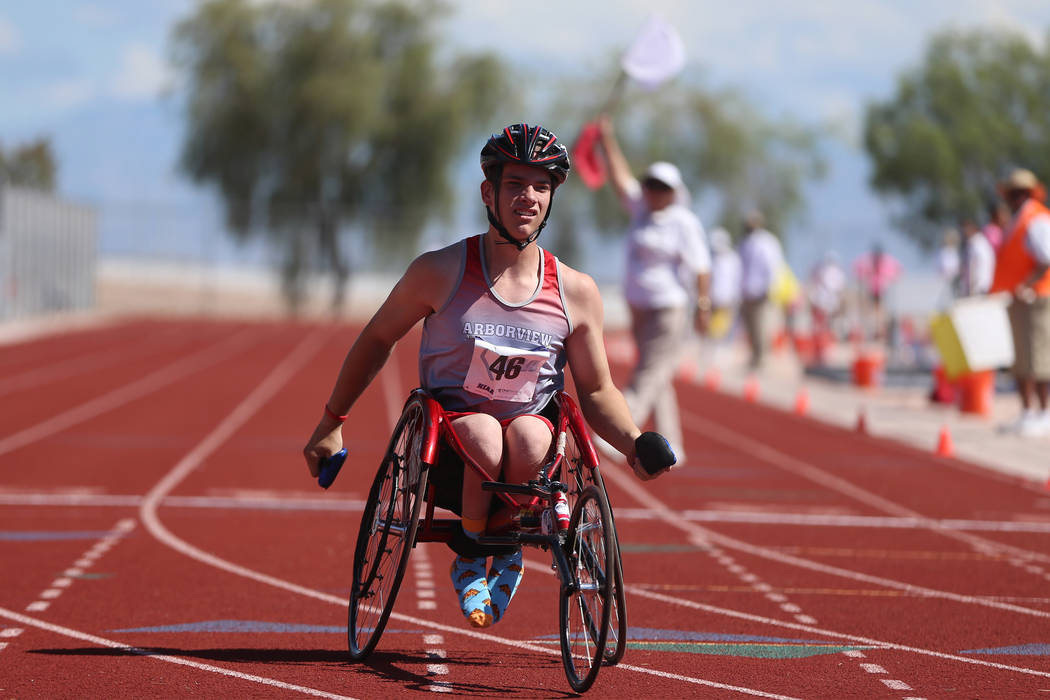 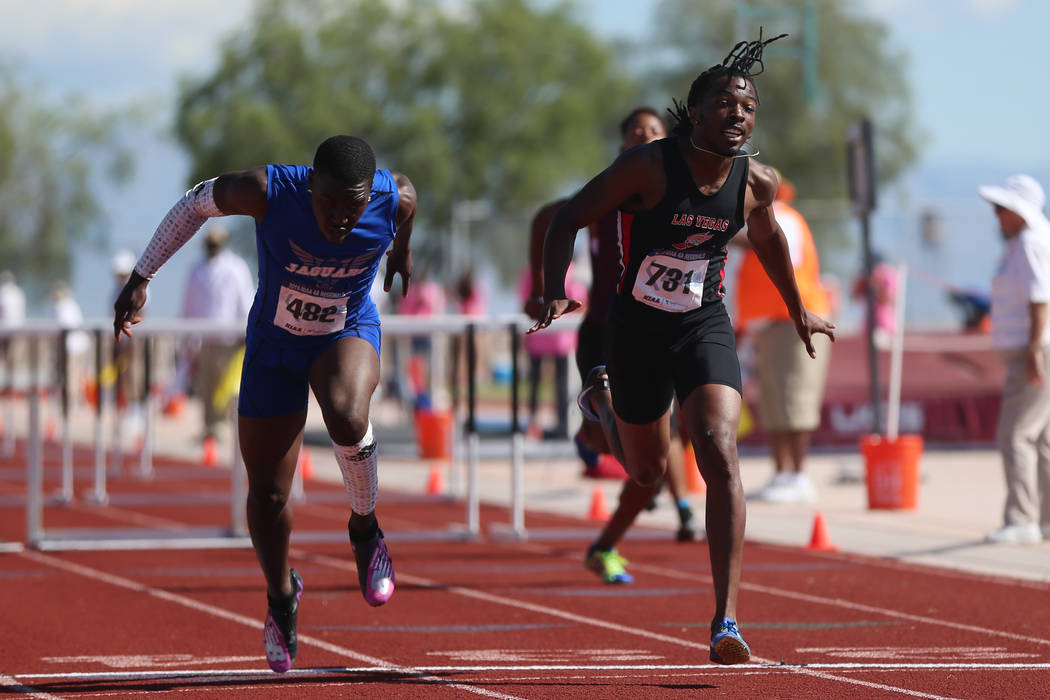 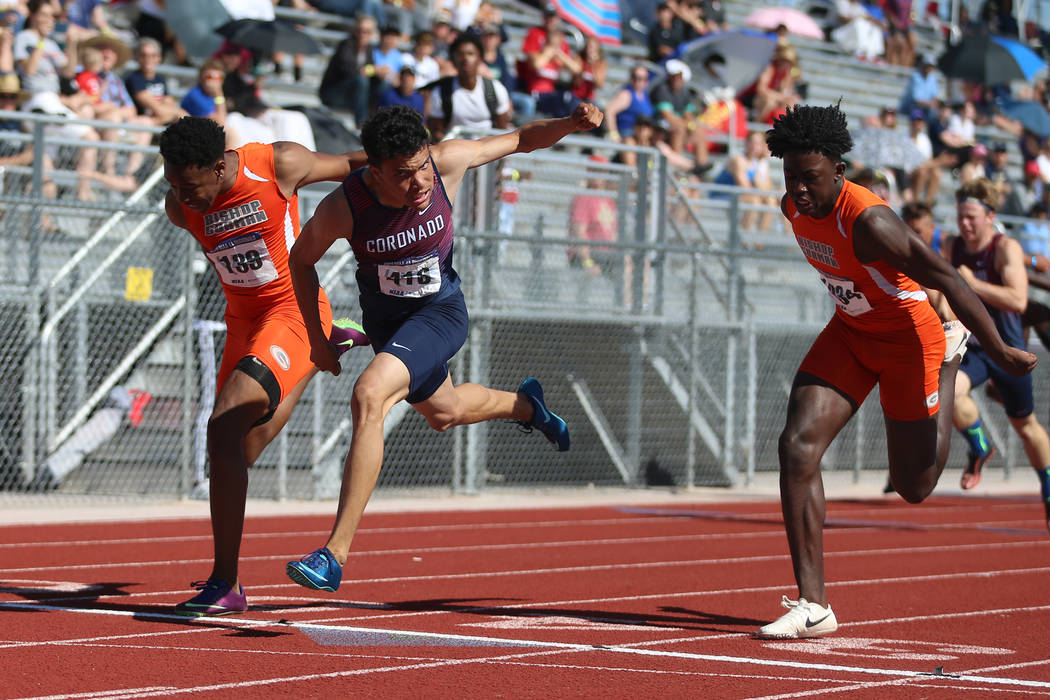 So he spent the last several months ensuring he would this season.

“The start of the season, I didn’t come out that good, but I’m lucky to finish out like this,” said Martin, who advanced to the region final last year. “I know what I can do against these other guys, and I came out prepared.”

Martin used the first 50 meters to build a lead, and held off Las Vegas High’s Devin Perkins and Canyon Springs’ Javion Davison down the stretch. Perkins finished in 10.86 seconds and Davison in 11.04.

“When track came I knew I had a big season ahead,” Martin said.

Martin’s heroics, though, weren’t nearly enough to lift Legacy to a team title. That trophy went to Centennial, which scored 155 points to claim its ninth region title in the last 10 seasons.

“When it comes to this time of year, we make it about team,” Centennial coach Roy Session said. “They really bought into that concept and wanted to fight for each other.”

“At the end, it just came to endurance and who was willing to go through the hurt,” Swenson said. “Whenever I’m with top competition, that pushes and motivates me.”

The two rivals and friends both led the pack for the majority of the race, but Nicholas seized a lead in the final 200 meters. Swenson’s kick propelled him to first-place in a photo finish.

“They were really pushing hard,” he said. “They really wanted it.”

“The kids are getting used to having some success, and I think they’re building on that,” Gaels coach Scott Cooley said. “They realize that the training is working and their times are dropping, and as competitive kids, you just buy in that much more.”

Coronado scored 135½ points to finish in second place, and Liberty scored 71 for third.

At Overton, Noah Thompson and David Warren each had a hand in four event wins as Mojave cruised to the Class 3A Southern Region title.

At Overton, White Pine used its depth to rack up 247 points and win the Class 2A Southern Region meet.

Lincoln County was second with 101 points. Calvary Chapel had 74 points, and Laughlin had 73.

The Golden Eagles had 301 points. Beatty was a distant second with 123 points. Pahranagat Valley was third with 116.