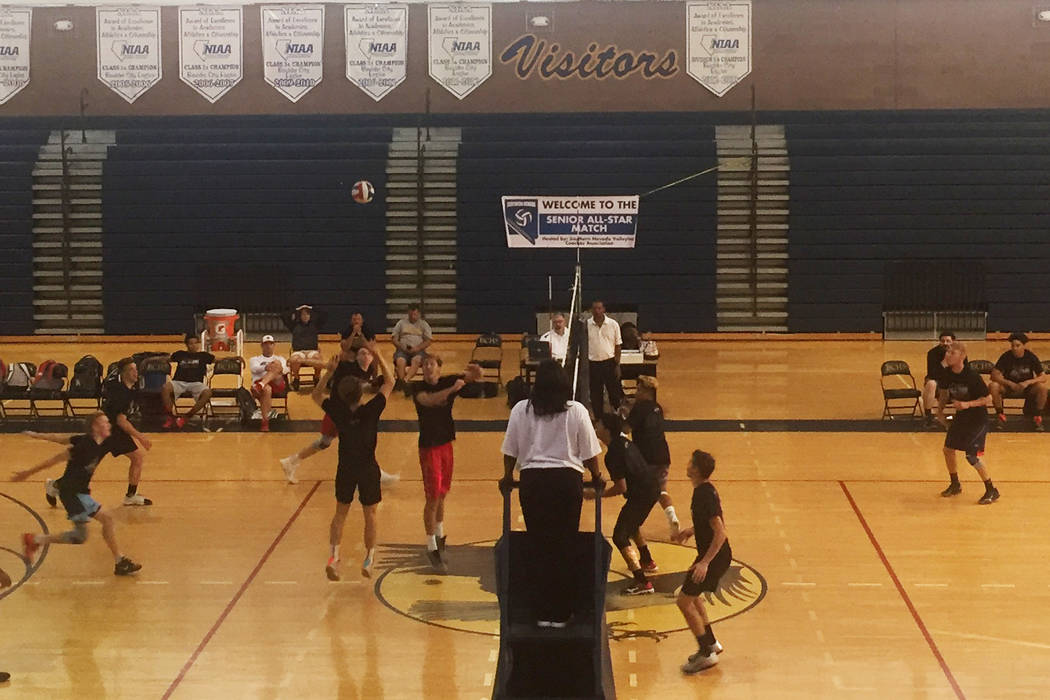 Shadow Ridge’s C.J. McInnes wasn’t allowed to like any of the teams from the Northwest League this season or appreciate the league’s talent outside of his own school.

But the senior setter turned his once-rivals into allies Wednesday in the Class 4A boys volleyball all-star game.

McInnes finished with 17 assists, two kills, two aces and two blocks to lead the Sunset Region to a 28-26, 25-20 win over the Sunrise Region at Boulder City High.

“It was awesome playing with these guys because they’re such great players,” McInnes said. “I pretty much could set the ball anywhere and they’d bang it. It was just a good environment. We had a lot of fun.”

McInnes, whose team battled to earn the fourth playoff spot out of the Northwest League, made Centennial’s Kade Frischknecht and Arbor View’s Treven Clizbe his favorite targets. He had seven assists in the first set, including five to Frischknecht and Clizbe, to help the Sunset grab the first set.

With the score tied at 26-26, McInnes set Clizbe for a kill, then won a joust at the net for the set point.

“He’s a great setter and he’s such a good athlete for not playing club,” said Frischknecht, who finished with eight kills and one ace. “And he’s a lefty, which is cool, because his jump serve is nice.”

With the score tied at 14 in the second set, the Sunset went on an 8-3 run to pull away. Tyreese Cole of Arbor View had a kill, and McInnes served an ace for match point.

“It’s fun playing here because it’s such a high level,” Frischknecht said. “I’m on the same club team as Treven, so it’s a lot of fun playing with him. … We had a bunch of inside jokes that we were talking about during the game. It was just a fun experience.”

Clizbe, who was named Class 4A Player of the Year by the coaches, had seven kills and two aces for the Sunset.

Jaden Keomaka of Silverado (three kills, two aces, one block) and Paolo Luchs of Bonanza (three kills) also made contributions for the Sunrise. Luchs was moved to the Sunrise side before the match to balance out the teams.