Coronado’s student section reminded Foothill fans— via chant — that Cougars outside hitter Jacob Ceci is only a freshman.

He didn’t look like one in the Desert Region final Friday night at Arbor View, though.

The Cougars qualified for the state tournament in each of the previous two seasons, and returned seven seniors to this year’s roster. They breezed through Desert League play — finishing with a 12-0 record — and hadn’t lost a set since April 26.

But the Falcons also reached the state tournament a year ago and boast an experienced squad. They claimed the first set behind the brilliance of Desert League player of the year Caleb Stearman, who had 19 kills, 22 assists and 13 digs.

The Cougars responded by claiming the second and third sets, and Foothill won the fourth.

“I thought that like we played really well in the first,” Johnson said. “It was back and forth after that. Going into the fifth, it was like, all right, whoever gets hot early can hold onto it and get into a rhythm.”

The Cougars built a 10-3 lead in the final set and resisted a late charge from the Falcons. Alex Winiarczyk had 19 kills and 17 digs, Ceci added 17 kills and 12 digs, and Alex White had 51 assists and 17 digs for Coronado.

Ceci said he did not expect to win the region championship. Or seal the win with a kill. 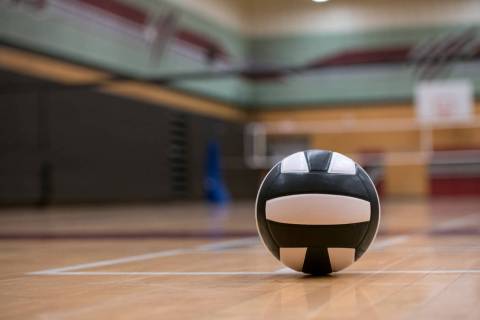