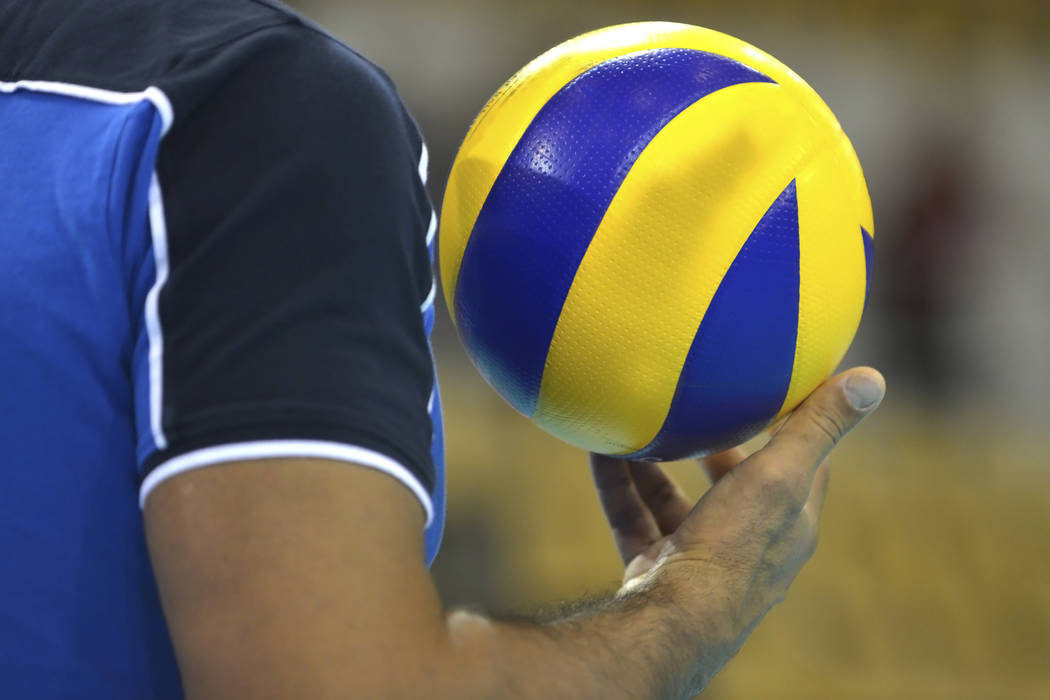 Logan Bollinger had 11 kills and two blocks, and Jaylen Harris added 11 kills for the Aggies. Max Senior had 43 assists and three blocks, and Tyler Worthington supplied 22 digs for Arbor View.

Garin MacFarlane had 16 kills and five digs for the Mustangs. Tyson Mott added 15 kills and three blocks, and Jordan Kirk had 11 kills and seven blocks for Shadow Ridge.

Alex Marin had nine kills and seven aces for Del Sol, which got nine kills apiece from Tyrell Hampton and David Anderson.

Jonah Lunn had three kills, and Denzell Brown had nine digs for Cheyenne.

Kilmor Amor had six kills, 26 assists and eight digs, and Isaiah Elizarraraz had two kills and five digs for Cimarron, which got seven kills from Hakeem Williams.

Tony Washington had four kills and nine digs, and Sho Hampton had three kills and seven digs for Canyon Springs.

Marshall Nelson had six kills, four aces and six digs, and Anthany Lemus dished out 45 assists and had seven digs for the Bengals.

Christopher Johnson had two aces and two blocks to lead the Sundevils. Ivan Tovalin had three kills and four digs, and Elijah Albarran had three digs for Eldorado.

Justin Madsen had 13 kills, E.J. Yearby had 12 digs, and Luke Wagner had four kills for the Bulldogs.

Preston Jorgensen had nine kills, and Boen Huxford had two kills and 16 assists for Boulder City. Kenny Rose had 16 assists, and Kannon Rose had 12 digs for the Eagles.

Danny Cox had five kills, and Brayden Dorsey dished out 30 assists for the Eagles. Mizzani Tawatao had five kills to lead the Miners.