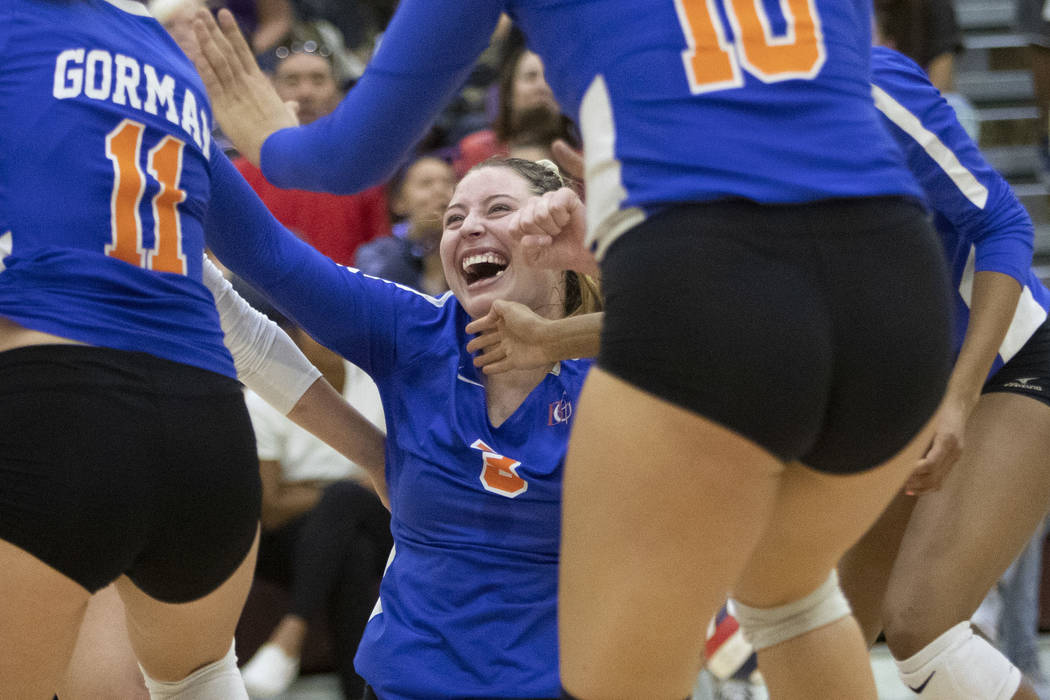 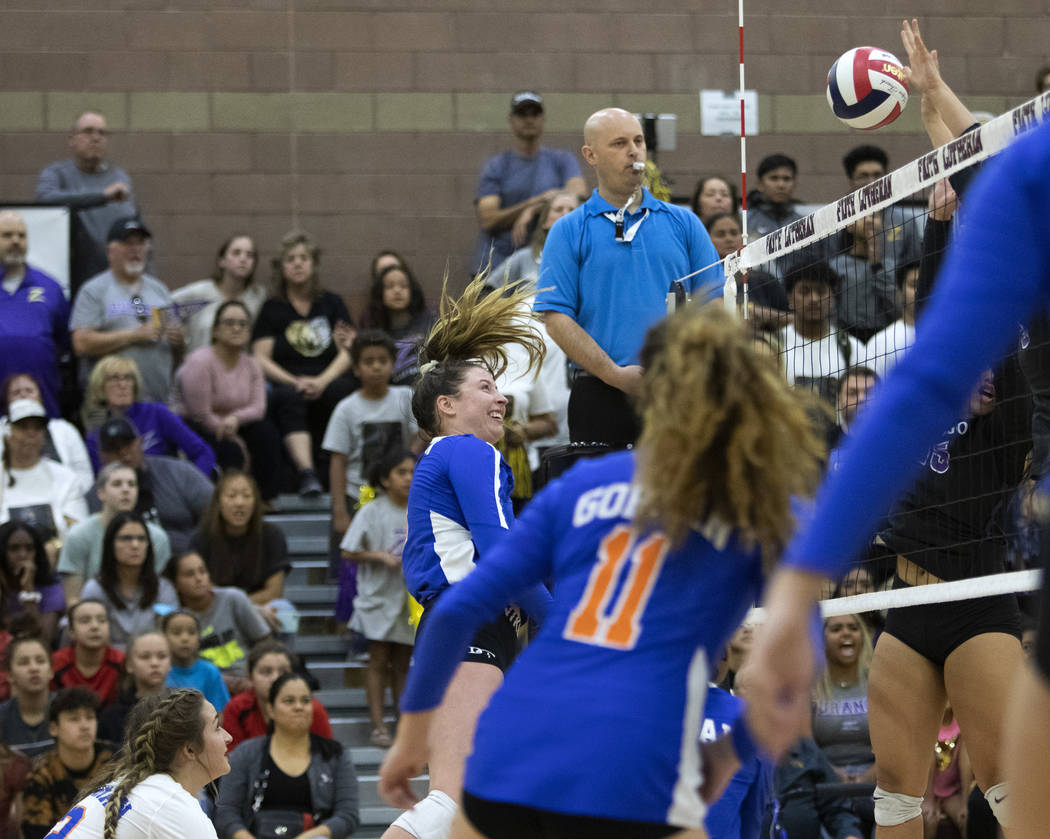 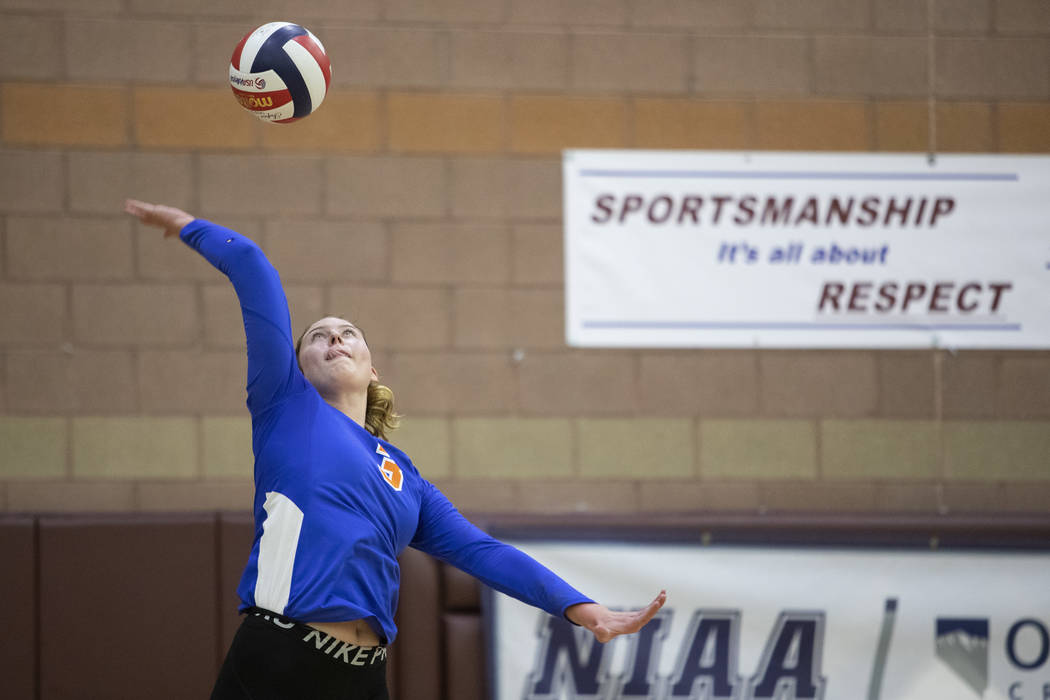 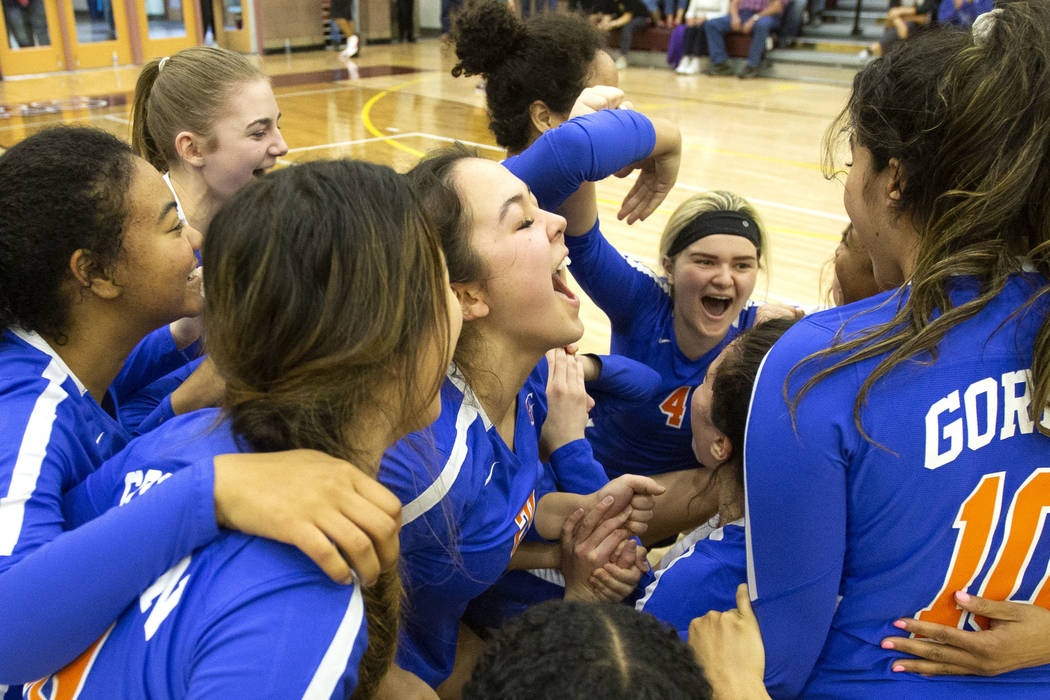 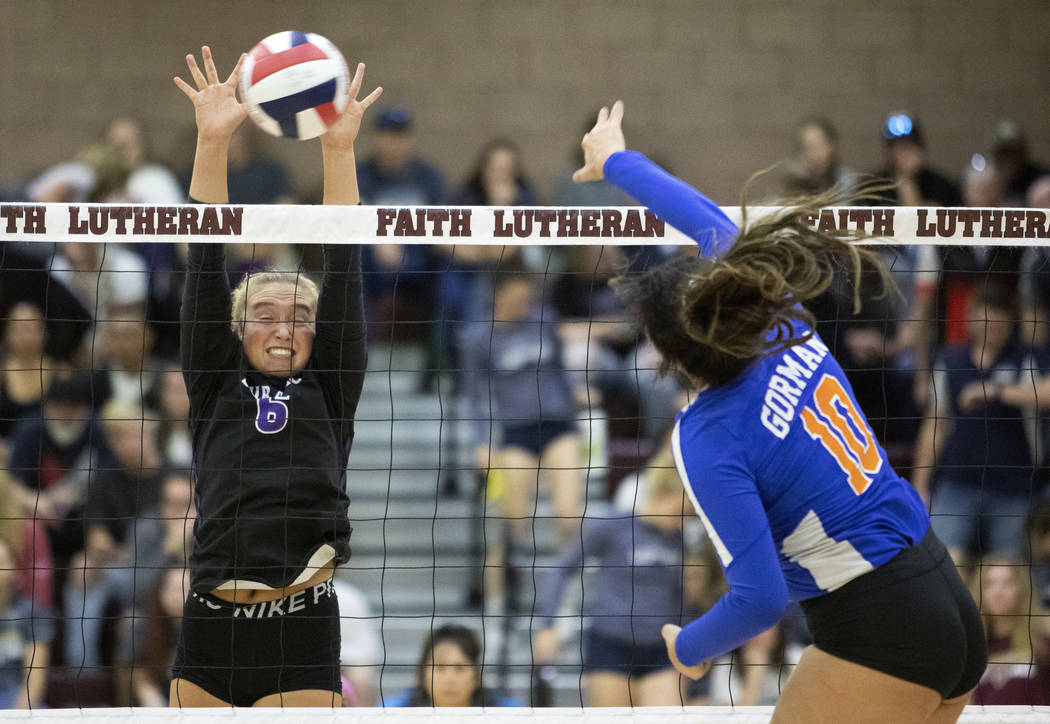 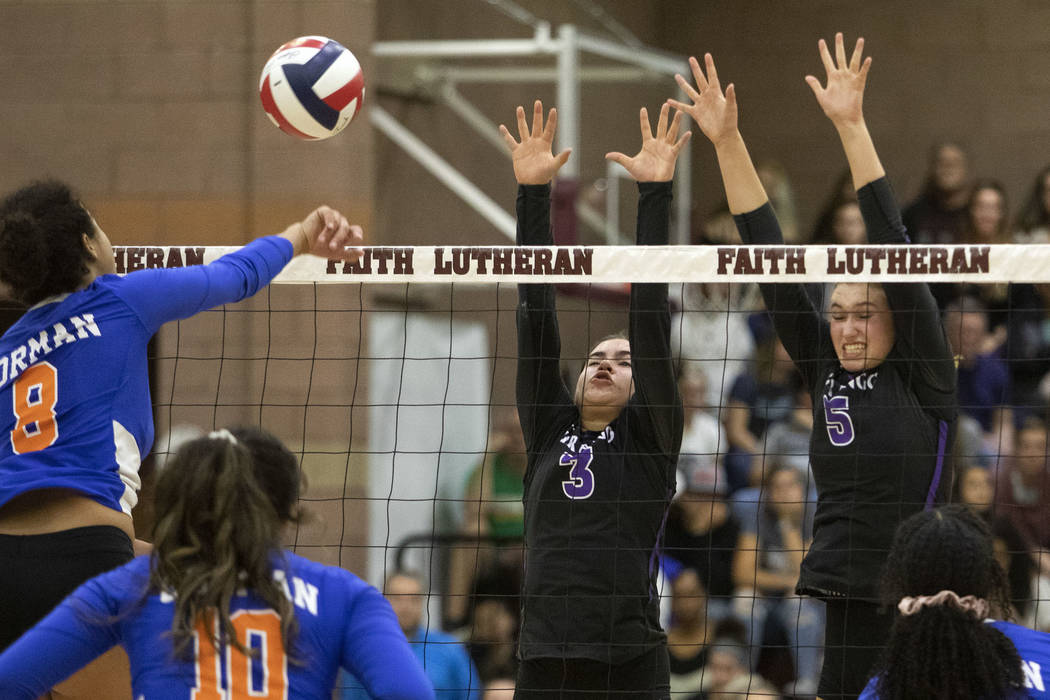 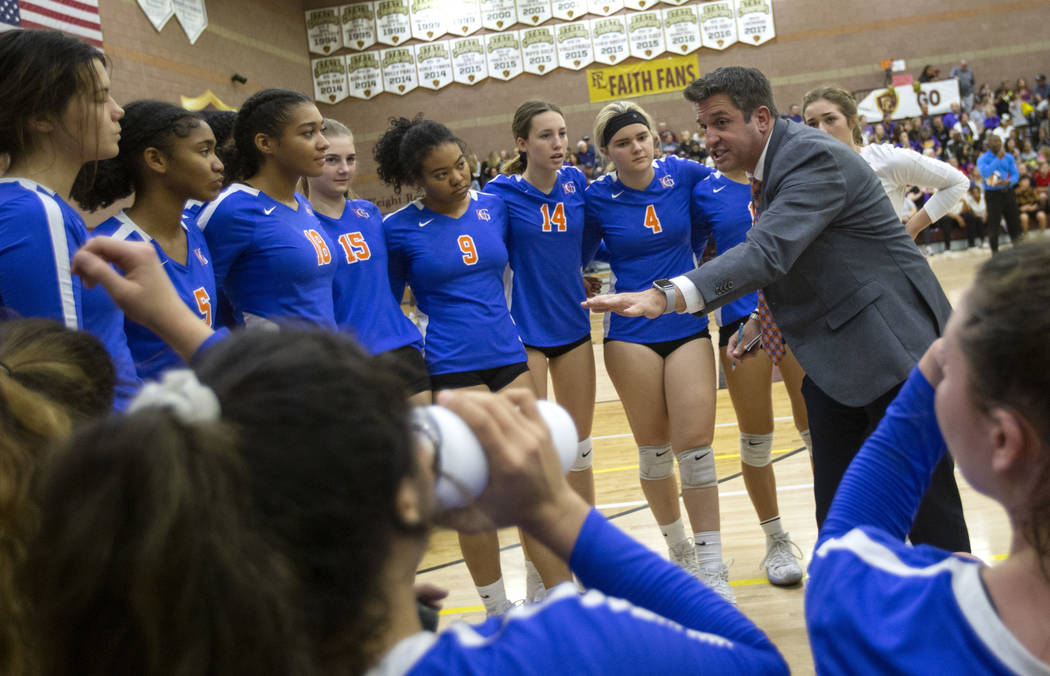 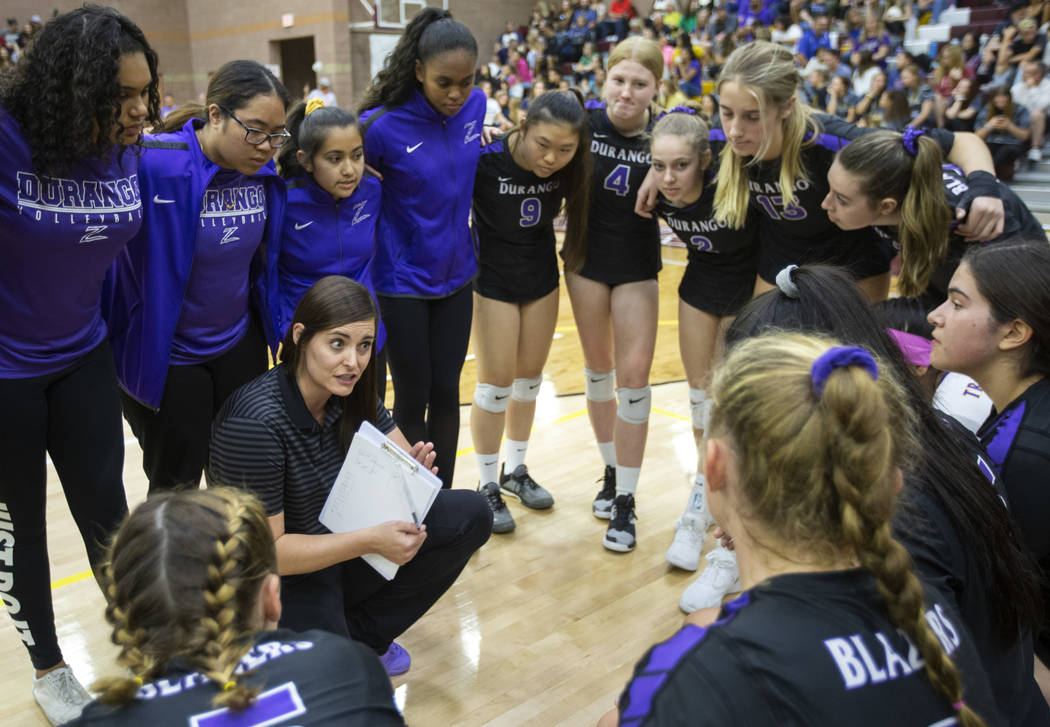 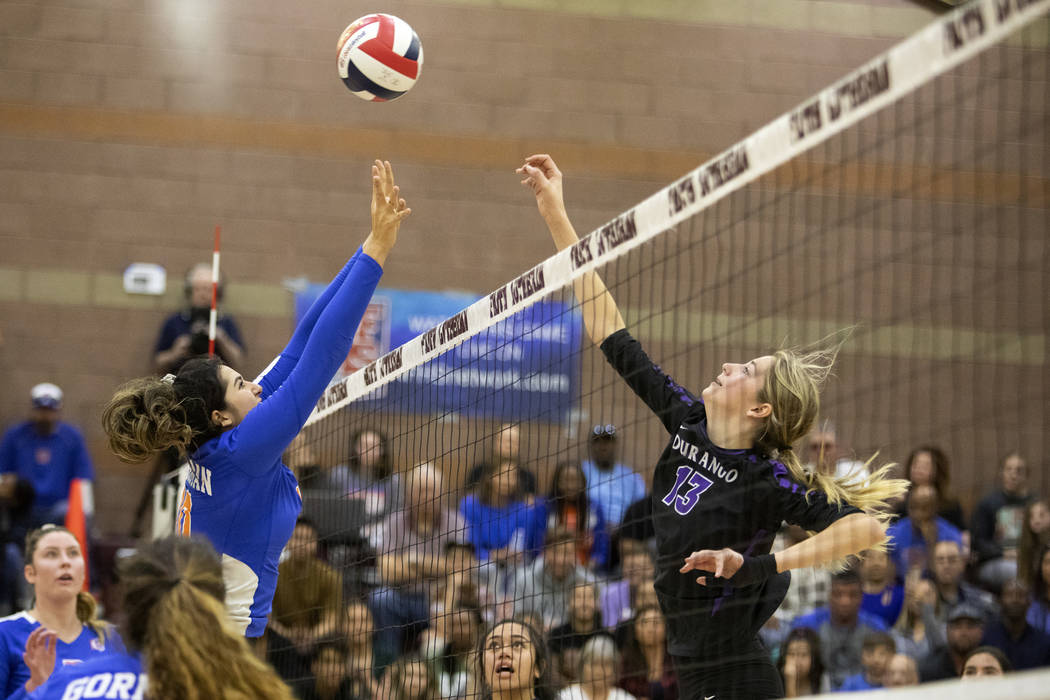 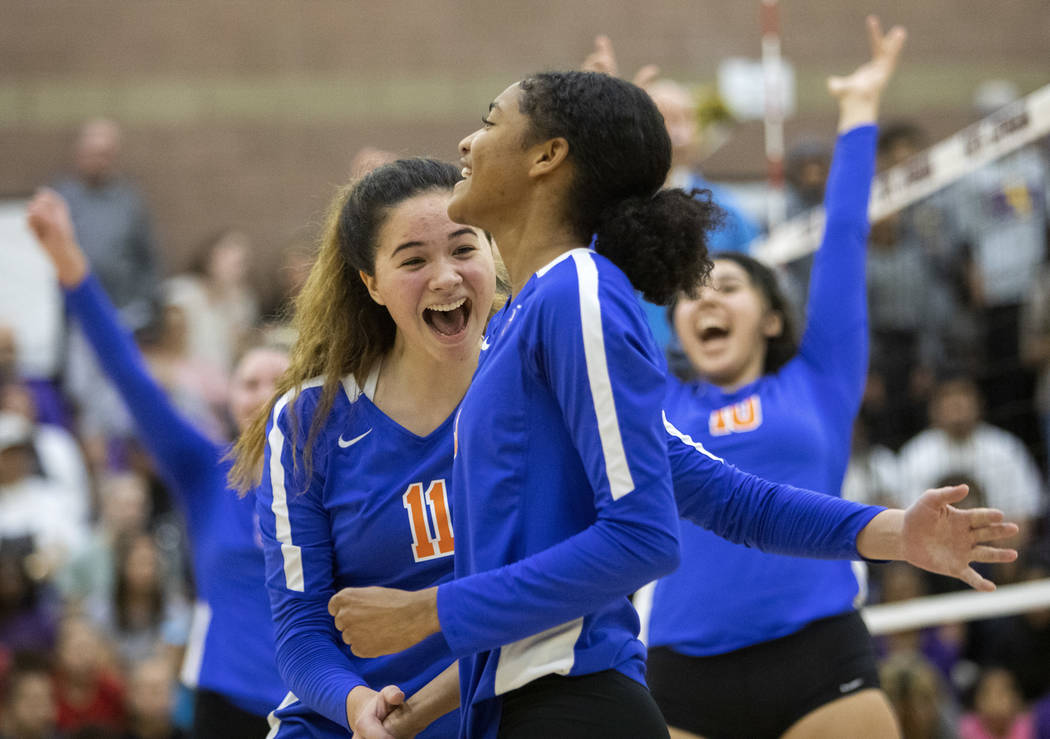 Tommi Stockham swung her right arm and sent the ball off the Durango block and out of bounds for a kill.

It was a play similar to so many in the Bishop Gorman senior’s illustrious career, but this one was different. It was her last high school kill and the final play in the Gaels’ 25-18, 22-25, 25-13, 25-18 win over Durango in Saturday’s Class 4A girls state volleyball championship match at Faith Lutheran.

“I wouldn’t want (to go out) any other way,” Stockham said. “I’m so excited. We came out firing today and got what we worked for.”

Gorman’s second straight state title and third in four seasons came in the third match between the two schools this season and the second in eight days with a championship on the line. The Trailblazers won the regular-season match in four sets, but Gorman (34-7) responded with a five-set victory for the Desert Region title.

Stockham had 24 kills, running her season total to 617 and her career mark to an NIAA-record for a 4A player of 1,620. She also had seven digs and three aces.

“She’s a once-in-a-lifetime kind of player,” Bishop Gorman coach Gregg Nunley said. “Coaches coach their whole career without getting an athlete like her. I know how lucky I am to have had her on my team, and I don’t take any credit for her being such an awesome athlete. We were just so blessed to have her.”

While Stockham is always the focus for the Gaels’ opponents, she received plenty of help. Morgan Mixer had six of the Gaels’ 12 aces to go with 15 digs, and Julianne Carlat contributed eight kills, eight digs and three blocks.

Taylor Jefferson took over for stretches, including in the third set when she had seven of her 18 kills. She added 13 digs.

“She was on fire,” Stockham said of Jefferson. “She really took over tonight, and she was a big reason we won. I’m super proud of her.”

Durango (34-8) struggled with its passing game in its first state championship match since 2007. That kept the Trailblazers from using their full offensive arsenal, particularly their middle blockers, as often as they wanted.

“I’m really proud of the season they had, especially the postseason,” Durango coach Amy Schlauder said. “They played with a lot of heart … Gorman outplayed us today, and they absolutely deserve that trophy.”

Raegan Herr connected on 14 kills, and Kate Prior helped open up everything for her teammates from her middle blocker position and had 10 kills and four blocks. Ava Wright provided 39 assists and eight digs for the Eagles (41-5).

“They keep fighting, and they just refuse to lose,” Boulder City coach Kurt Bailey said. “It’s quite the accomplishment and quite amazing that they’re able to stay up at the top.”

Boulder City finished the season on a 25-match winning streak and didn’t drop a set in any of them. Their last loss was Sept. 21 in the Durango Fall Classic.

The Eagles and Wolverines traded extended runs in the first set, with Truckee leading 17-14 after scoring six in a row. But the Eagles took seven of the next eight to regain control, and it was tied at 23 before two Truckee errors gave Boulder City the set.

“They had a good plan against us. We were a little nervous at first,” Kurt Bailey said. “After we settled in, we started serving a little bit better.”

It was all Eagles after that. They never trailed in the final two sets, though Truckee pulled within 21-20 in the third. Prior put down a kill, Kamry Bailey added two and Madisen Wood closed it out with the last of her three aces.