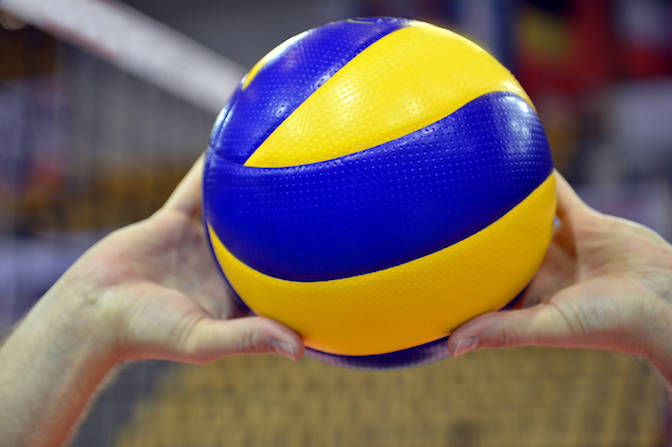 Kamry Bailey had 14 kills, 11 digs and three aces, and Boulder City overcame a shaky start for a 25-23, 25-11, 25-22 victory over Truckee and their third consecutive state championship Saturday at Faith Lutheran.

Raegan Herr connected on 14 kills, and Kate Prior helped open up everything for her teammates from her middle blocker position and had 10 kills and four blocks. Ava Wright provided 39 assists and eight digs for the Eagles (41-5).

“They keep fighting, and they just refuse to lose,” Boulder City coach Kurt Bailey said. “It’s quite the accomplishment and quite amazing that they’re able to stay up at the top.”

Boulder City finished the season on a 25-match winning streak and didn’t drop a set in any of them. Their last loss was Sept. 21 in the Durango Fall Classic.

The Eagles and Wolverines traded extended runs in the first set, with Truckee leading 17-14 after scoring six in a row. But the Eagles took seven of the next eight to regain control, and it was tied at 23 before two Truckee errors gave Boulder City the set.

“They had a good plan against us. We were a little nervous at first,” Kurt Bailey said. “After we settled in, we started serving a little bit better.”

It was all Eagles after that. They never trailed in the final two sets, although Truckee pulled within 21-20 in the third. Prior put down a kill, Kamry Bailey added two and Madisen Wood closed it out with the last of her three aces.