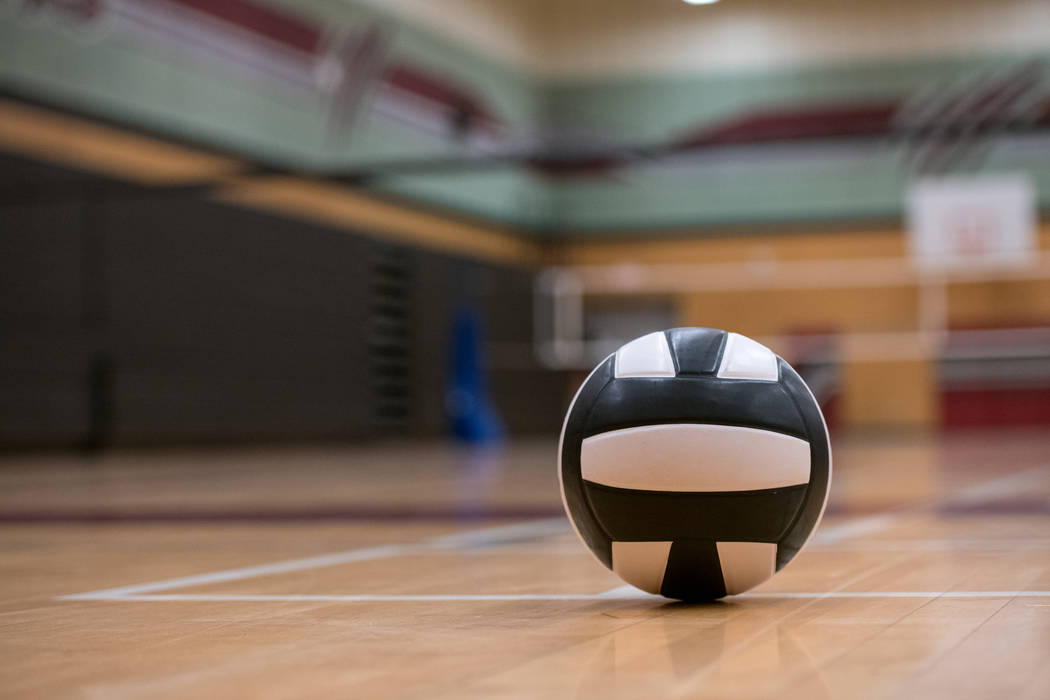 Don’t look now, but Cinderella still has her slipper on in the Sunset Region girls volleyball tournament.

The suddenly hot Liberty Patriots won for the third consecutive time, avenging a regular-season loss in the process with a 25-20, 13-25, 25-18, 25-18 victory over Desert Oasis in a Sunset Region quarterfinal at Bishop Gorman.

“When we saw the playoff coming up, we didn’t think we’d go that far,” freshman outside hitter Brooklyn Slater said. “Then we won against Green Valley. …We’re just clicking more.”

Just a week ago, after a shutout loss to Bishop Gorman — the team Liberty will play on Thursday in semifinals — the Patriots were languishing at 7-15 overall. They’ve since rolled off three consecutive victories.

“We just caught fire,” Agatonu said. “We knew we are better than we were.”

Against Desert Oasis on Wednesday, the Patriots (10-15) spread the wealth offensively.

In the back, libero Alana Chun locked down the back line and kept the ball almost constantly in play. Up front, the block set the tone led by Brooklyn Slater, Jordyn Emmons and friends. Liberty spread the scoring around.

The balanced attack offset a good night from Sophia Parlanti for Desert Oasis (30-9).

Parlanti had a match-high 15 kills to go with eight digs and a pair of blocks. Nina Garcia had 37 assists for the Diamondbacks,who just two weeks ago handed Liberty a hard-fought 3-2 loss in regular league play.

The Patriots got it going early, bolting to the early 7-3 lead in the first set. Desert Oasis kept it close, at least for a while.

The Diamondbacks pulled within a point before Liberty went on an 8-1 run to stretch the lead and claim a 1-0 advantage.

It was a similar big run of points, 9-0, that extended a Desert Oasis lead in the second set to 21-8 en route to a 25-13 win. But the Diamondbacks couldn’t keep any momentum.

“We’ve just rallied together,” Agatonu said. “Here we are, and it’s fun.”

Gorman (34-4) raced to big leads to open each of the first two sets before outlasting Silverado in the third. Angelina Starck had 24 assists and three aces, and Caroline Edgeworth had 13 asssists for the Gaels.

Audrey Wood had three kills for Silverado, which finishes 15-21.

Cassandra Smits-Van Oyen added 33 assists and two kills, and Ashlynn Ammerman had seven kills and two blocks for Coronado, which got 10 digs from Kennedi Steele.

The Cougars hosts Durango (26-5) in the semifinals at 4 p.m. on Thursday