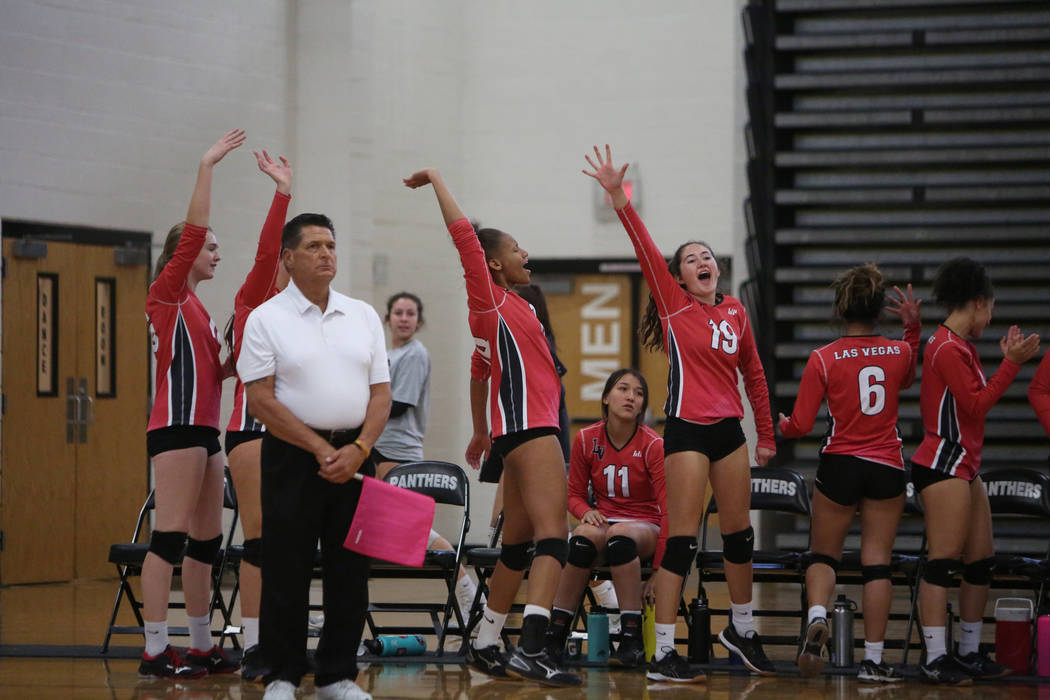 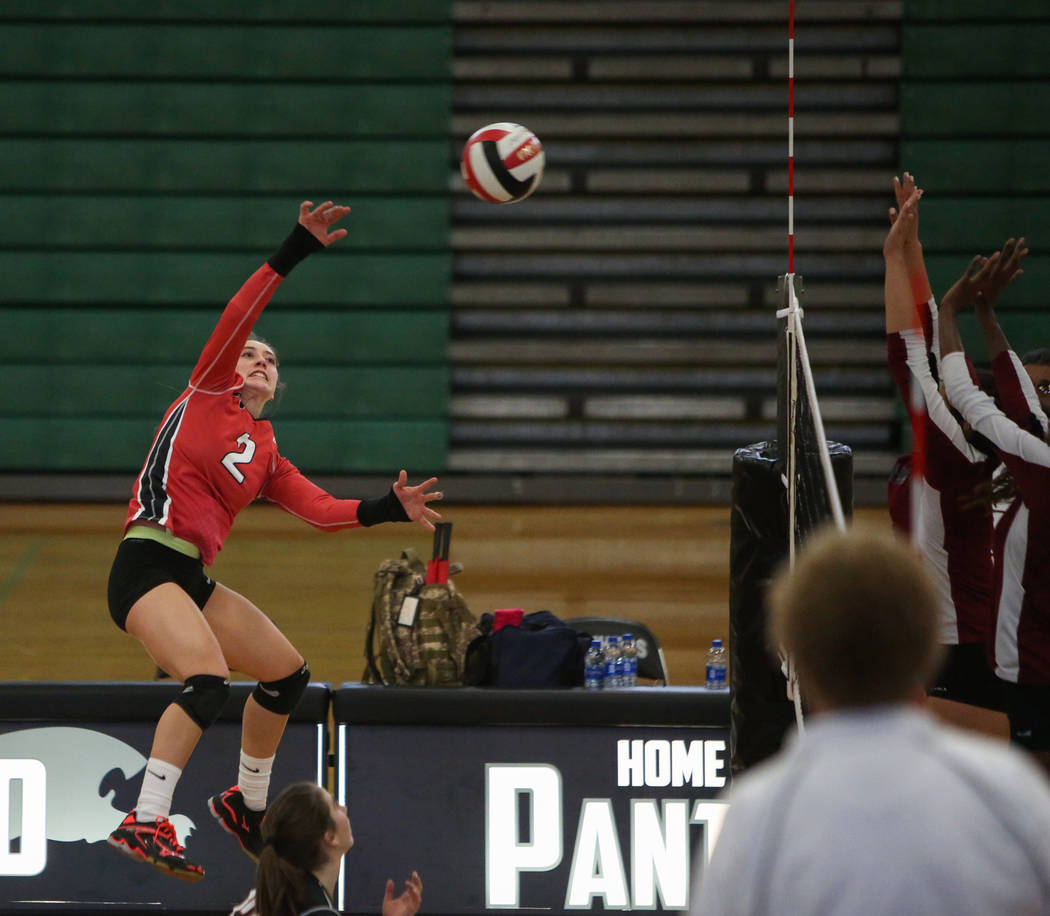 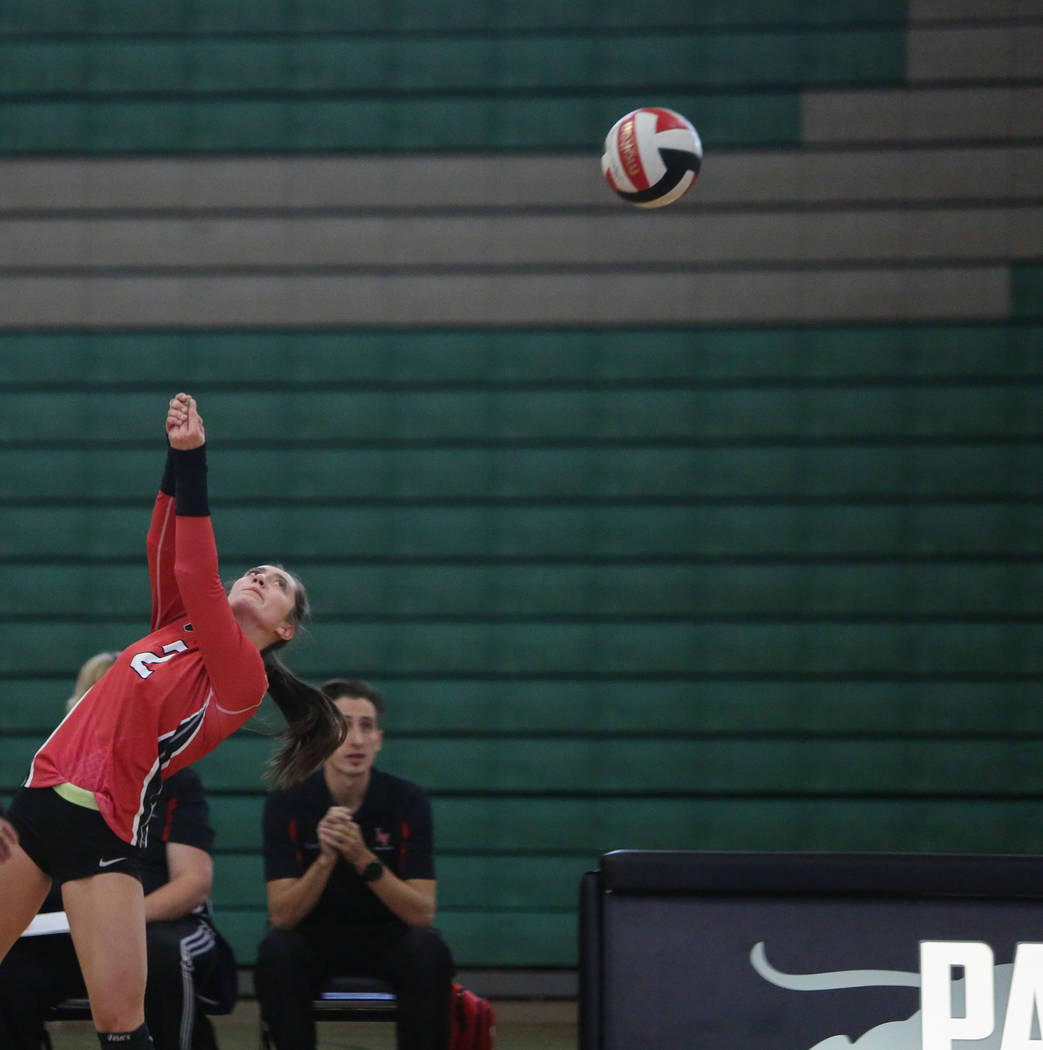 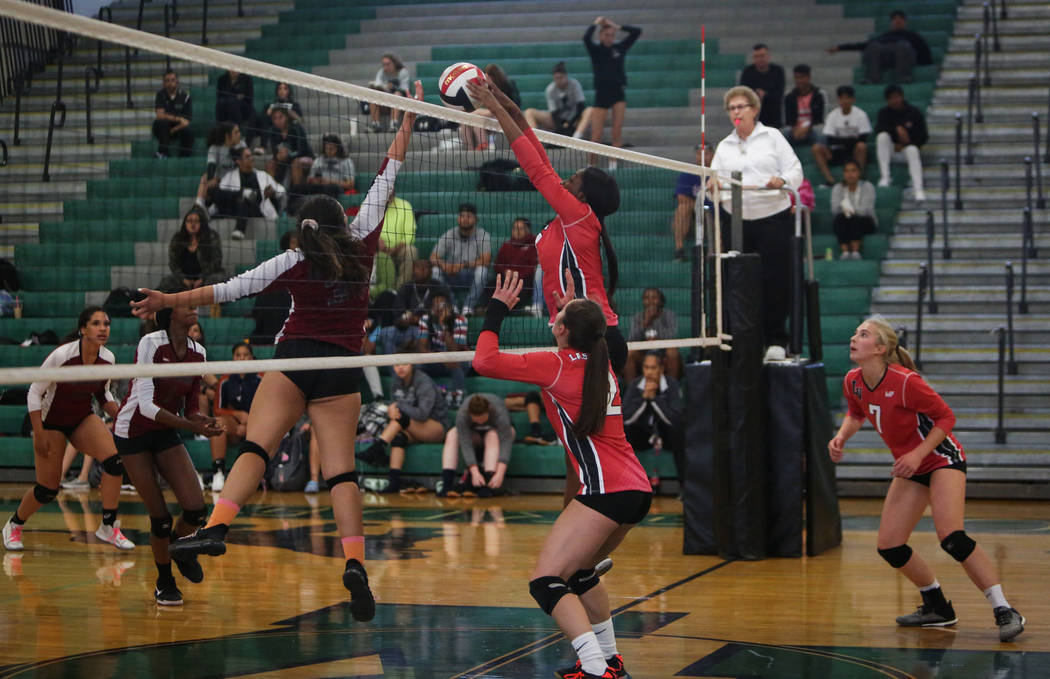 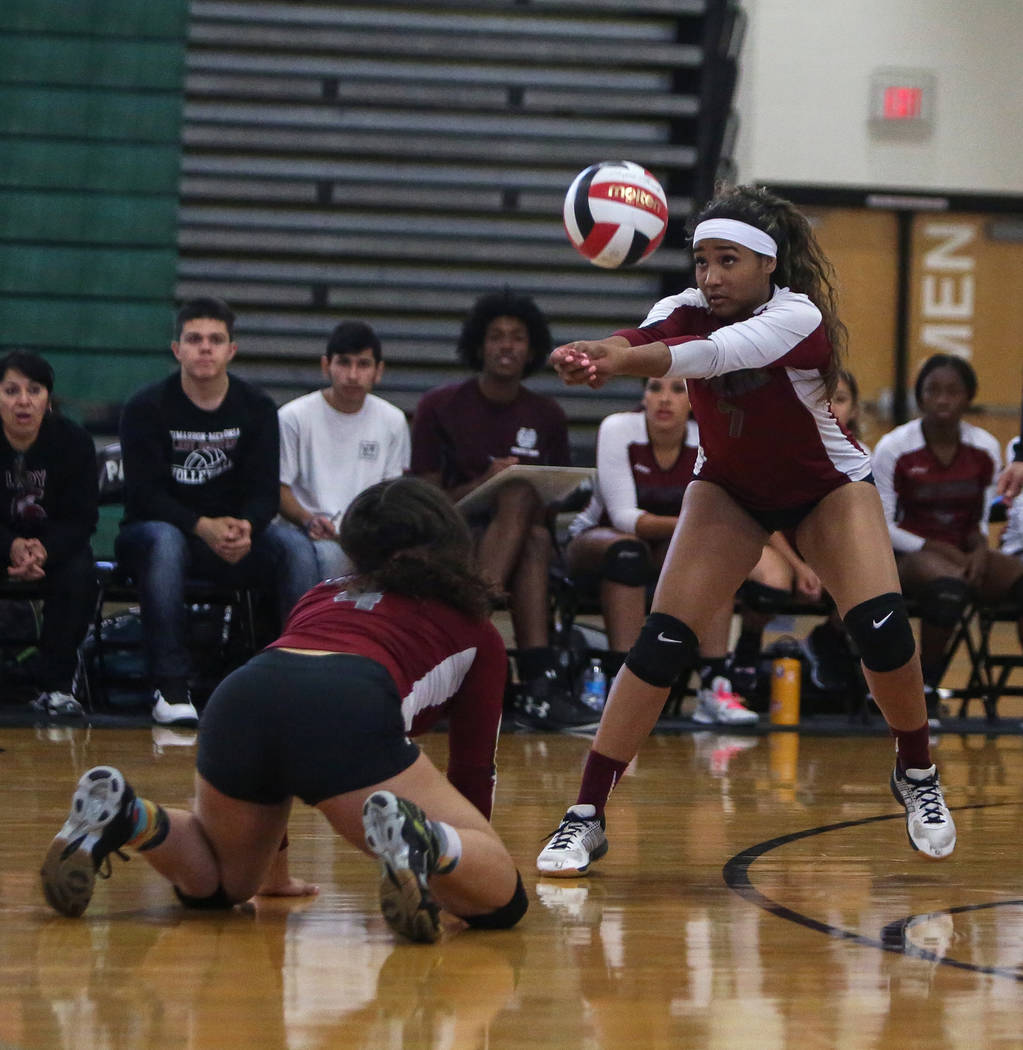 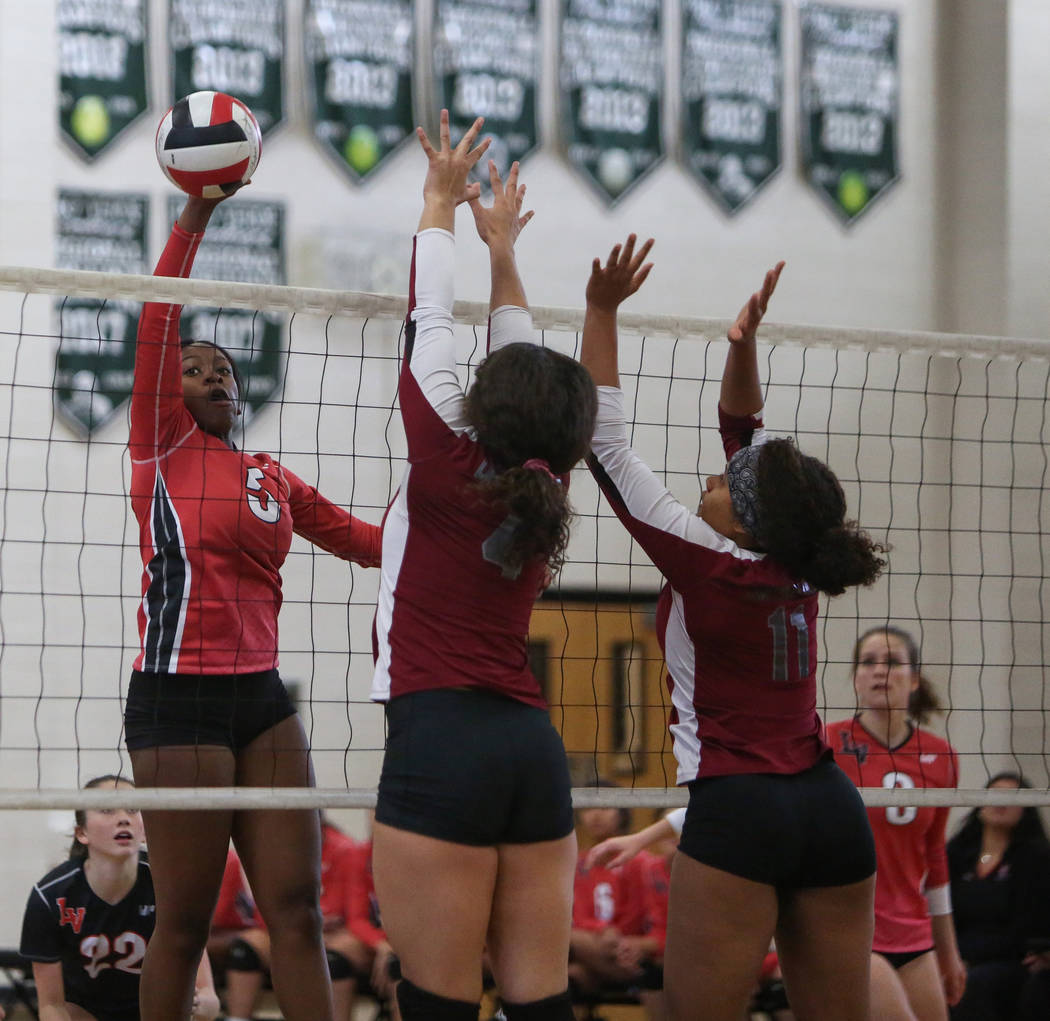 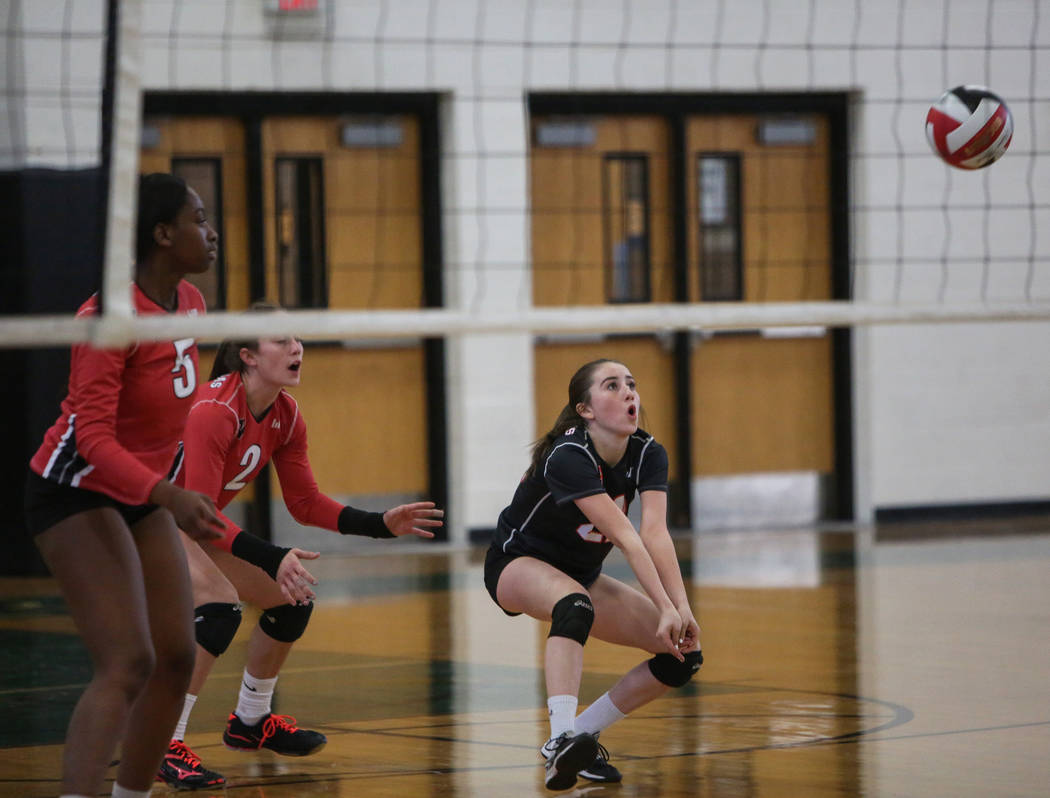 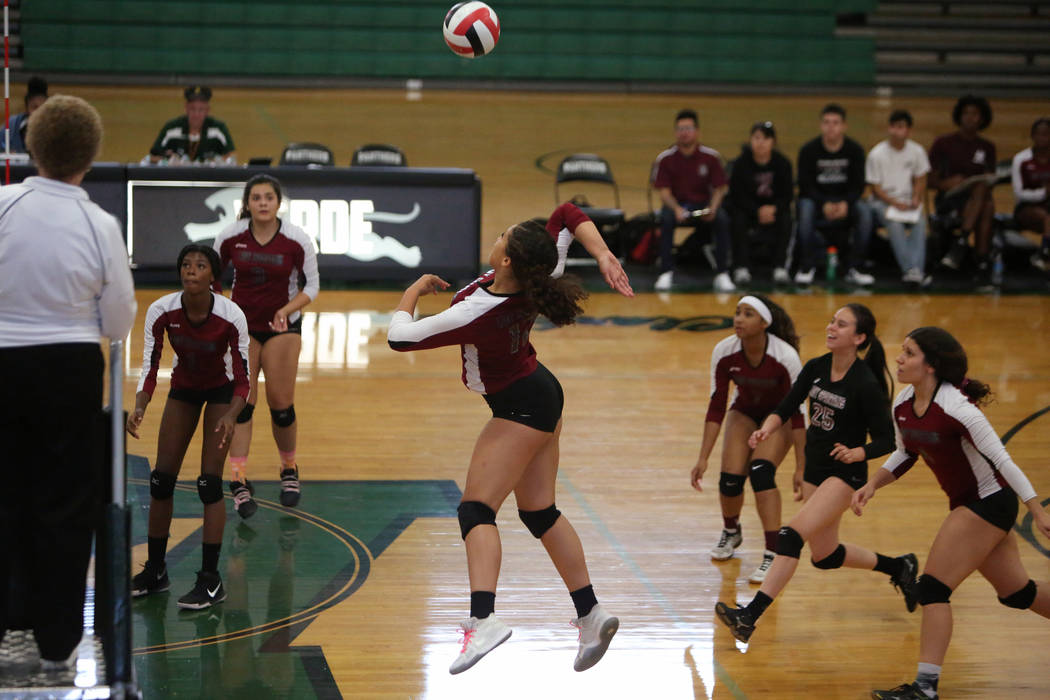 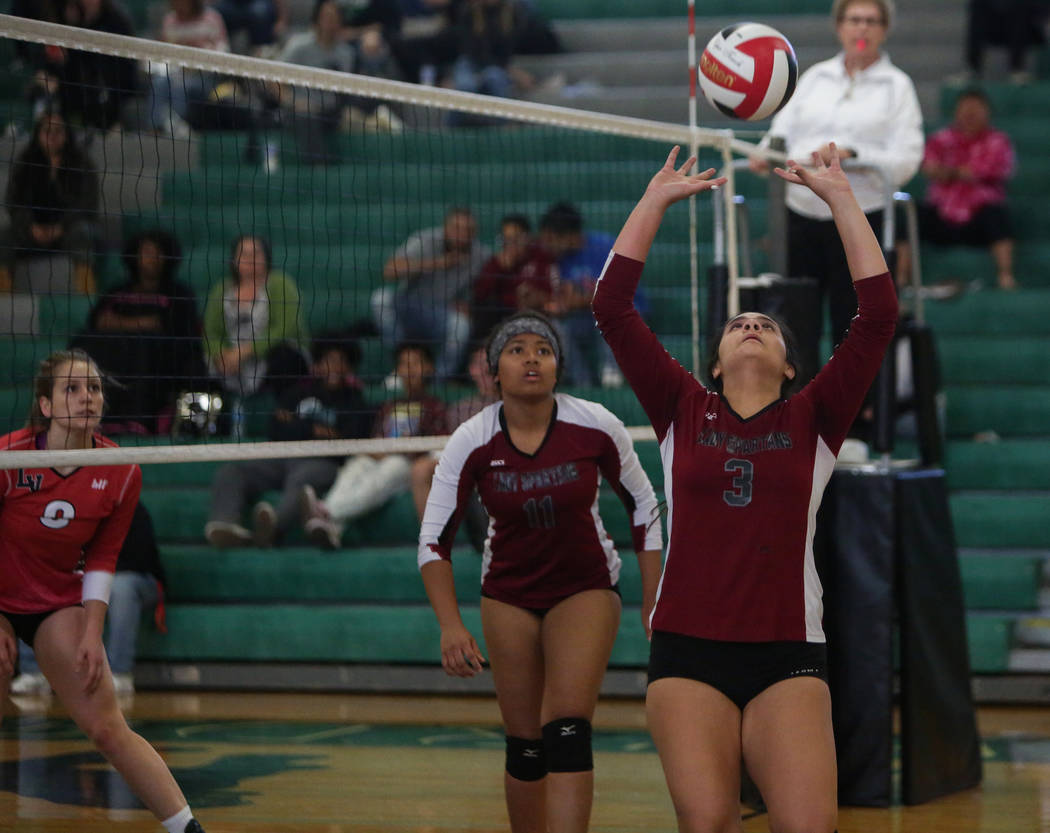 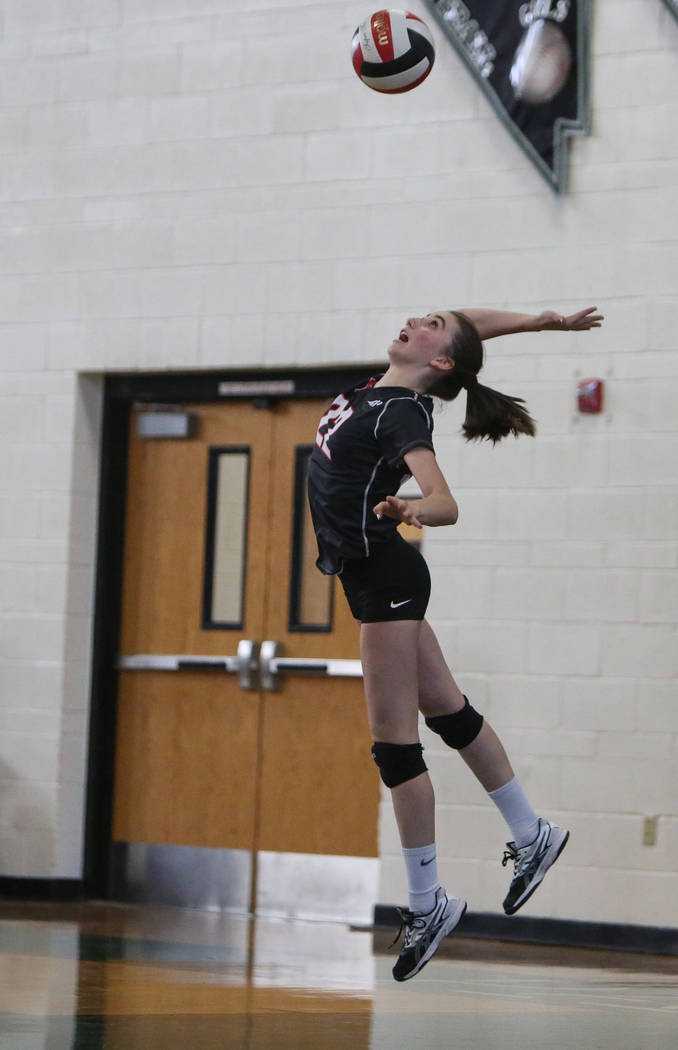 Las Vegas High’s girls volleyball coach Robert Miller spent the majority of his practices this season teaching fundamentals — like serving, blocking and passing — to his players in wake of a 7-27-1 finish in 2017.

“It’s hard to believe in high school, because you have a game every other (day), but that’s what we worked on,” he said.

It paid off on Wednesday afternoon.

The Wildcats (25-9) utilized those basic skills to clinch a 25-22, 25-21, 25-22 win over Cimarron-Memorial at Palo Verde in Mountain Region tournament quarterfinal play.

They’ll advance to semifinals, where they’ll face the top-seeded Panthers, who defeated Legacy in straight sets.

“We have only maybe three club players, so we need to do a lot of technical training,” Miller said. “Its actually a big thing.”

The Wildcats focused on defending Spartans hitter Natasha Obradovic, and employed a double block to shield against her power. Their defense triggered their offense, and they worked together to set up Victoria Barney and Skyla Faught, who finished with 13 and 12 kills, respectively.

Arrington was pleased with the team’s performance.

Obradovic led the Spartans with 18 kills and 13 digs.

“We just kind of keyed in on her,” Miller said of Obradovic. “That was our gameplan, and it worked out.”

Alyssa Hewitt had 10 kills and two blocks for Palo Verde (28-7), and Elizabeth Gutierrez and Kaila Yang added seven kills apiece. The Panthers play Las Vegas in a semifinal at 6 p.m. on Thursday at Eldorado.

Gabriella Fernandez had nine digs and six aces, and Leah Miller put down 14 kills for Rancho (18-12), which faces Faith Lutheran (24-14) in a semifinal at 4 p.m. Thursday at Eldorado.