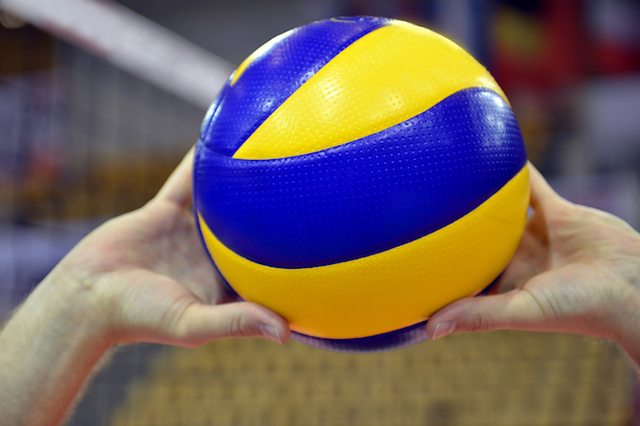 Tommi Stockham added 14 kills, two aces, and one block, Lilly Hoff had 26 assists and Sydney Lobato had 24 assists and three aces for the Gaels (25-10, 12-0), who also got four kills and four blocks from Ashley Brennan.

Shelbi Walker had seven kills, and Aria Messer had 27 assists for Moapa Valley, which secured its second consecutive Class 3A Sunrise League title.

Hailey Carroll had 10 kills and nine digs to lead Faith Lutheran. Kyrie Lorfing had four aces and 13 assists, Mary Vancura dished out 17 assists, and Alexi Johnson had 29 digs for the Crusaders.

Emily Lemmon led Somerset-Sky Pointe with 12 kills and 26 digs. Katie Piet had 32 digs, and Jayden Sanders had six kills for the Eagles.

Carli Tanner had 10 kills and eight digs, and Mia Sadler had 18 digs for Palo Verde.

Alina Oranchak added seven kills for the Aggies, who got 18 assists from Kyndall Mitchell.

Michelle Mockbee had four kills and three aces, Andrea Aldaco had three kills, one assist, three aces and nine digs, and Destiny Garcia dished out 17 assists with one dig for Cimarron.

Alyssa Fuller had 15 digs, Myah Maxwell had nine kills for Legacy, which also got eight kills and five digs from Jazmyne Walker.

Cashmere Buford had 10 digs to lead Spring Valley. Emma Lily Marple had seven assists and two aces, and Simone Beane and Brooke Robinson each had five kills for the Grizzlies.

Alexandra Farnsworth had seven kills and two aces, and Brylei Brewer had four kills and four aces for Liberty.

Leerah Hunt had eight kills to lead Cheyenne. Eryuan McJoy had seven kills, and Lauryn Carlton had four aces for the Desert Shields.

Elizabeth Gutierrez had 15 digs and three kills, and Dana Bluevise had three kills and 14 digs to lead Adelson School in the opener.

In the nightcap, Bluevise had 18 digs, and Gutierrez had 13 digs for the Lions.