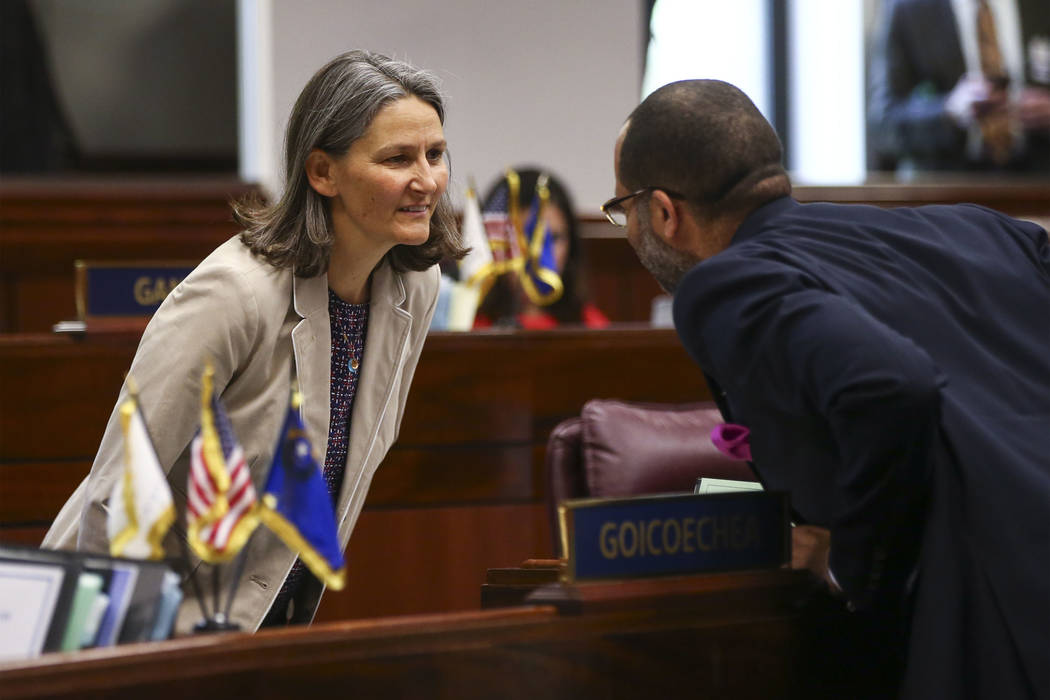 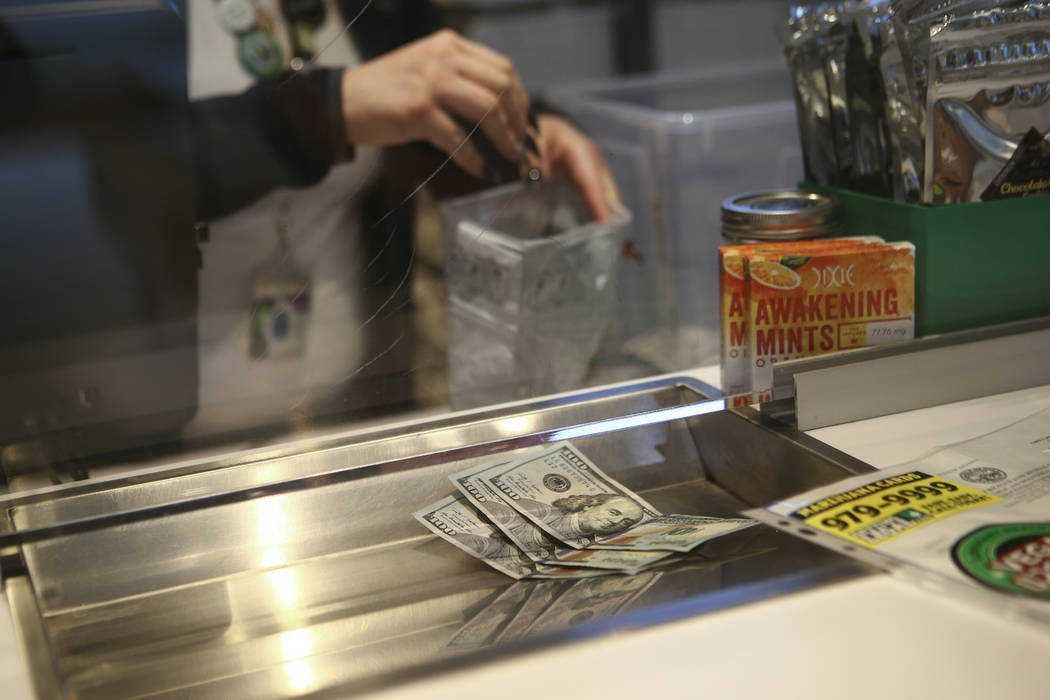 Days after failing twice amid a bitter tug-of-war between lawmakers, Nevada’s special sales tax on marijuana was revived and sent to the governor’s desk on the final day of the Legislature.

Senate Bill 487, which would implement a 10 percent tax on retail marijuana sales in Nevada, was brought back and amended as part of a final-hours compromise Sunday night. The Senate passed the bill Sunday night, and the Assembly followed suit on Monday’s final day of the session.

Less than a week ago, the bill’s fate seemed bleak.

It failed two Senate floor votes on Thursday in what set off an explosive chain of events that brought partisan tempers to the forefront in Carson City.

As a new tax, it needed two-thirds votes in both houses. But Republicans refused to vote for the bill without an agreement to fund Education Savings Accounts, a program that would let parents use a portion of the state’s per-student school funding for tutoring, books or tuition at private schools.

Republican caucus leaders accused Democrats of reneging on a deal they said was close to being finalized that would have brought funding to the ESA program. They also refused to vote for a capital improvements bill that needed two-thirds votes, for the same reason as their “no” votes on the pot tax.

In the end, Democrats won out. The ESA funding push died over the weekend, and lawmakers revived and passed the pot tax with the needed Republican support.

Gov. Brian Sandoval said Monday he intends to sign the bill into law.

Breakdown of the pot tax

The bill initially proposed a special 10 percent tax on recreational marijuana sales in Nevada, with the revenue going to the state’s public education fund. The amendment adopted Sunday night would have that money go to the state’s rainy day fund, which was relied upon heavily during the Great Recession.

Lawmakers would have limited access to the fund until the 2019 Legislature, meaning there will be a solid two years of sales revenue to analyze, said state Sen. Julia Ratti, D-Sparks, the bill’s sponsor.

With the money going into the rainy day fund, Ratti added, no programs would be reliant upon revenue that is all prediction-based at this point.

The bill would also change taxes on medical marijuana to align with the 15 percent wholesale tax on recreational marijuana cultivators. Doing so would allow businesses not to have to separate medical and recreational plants, which cultivators in Colorado are forced to do.

Two other marijuana bills sent to the governor for his signature

Two other marijuana bills were sent to the governor’s desk for signatures Monday.

The hefty bill from Assembly Assistant Majority Floor Leader Nelson Araujo, D-Las Vegas, would make significant changes to the state’s medical marijuana market, with the goal of making life easier on medical marijuana patients. It would:

■ Move the medical marijuana program to the Department of Taxation, so both medical and recreational marijuana would be regulated by the same body.