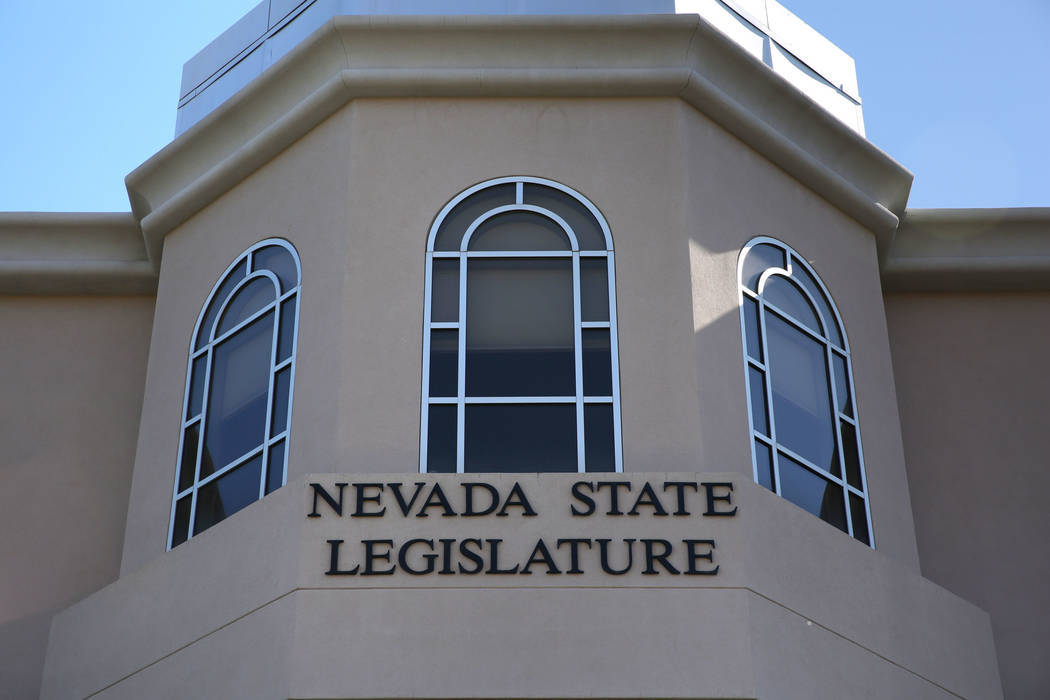 CARSON CITY — Senate and Assembly lawmakers took up more than 80 bills Tuesday in their busiest floor sessions to date, passing measures including a revision of informed consent procedures for abortions, setting 18 as the minimum age to marry and joining other states to endorse the national popular vote to determine presidential elections.

The approved bills now move to the opposing house for hearings, possible amendments and votes. Lawmakers tabled expected votes on several potentially controversial items including a bill authorizing physician-assisted suicide and another barring state or local law enforcement from detaining someone for federal immigration authorities without probable cause of committing another crime.

In the Senate, the abortion-related measure, Senate Bill 179, passed 12-9 after a Republican effort to amend the bill failed. The bill changes informed consent procedures to remove requirements that doctors certify in writing that a woman has given written consent for an abortion, along with certifying the woman’s age and marital status.

The change “brings language in line to medical standards and 21st century procedures,” said Sen. Yvanna Cancela, D-Las Vegas, the bill’s lead sponsor. A woman seeking an abortion, she said, “should be receiving medical information” and not “having to disclose things like her marital status.”

The amendment, proposed by Sen. Ira Hansen, R-Sparks, sought to insert language requiring doctors to give a list of free sonogram providers to women seeking abortion. He cited “clear and overwhelming evidence” that viewing an ultrasound discourages a woman from ending her pregnancy.

The amendment failed on a party line vote, 13-8. The bill subsequently passed, 12-9, with two Democrats voting against and one Republican voting in favor. Besides changing informed consent, it strikes century-old abortion laws that have never been used and other statutes rendered invalid by court rulings.

Assembly Bill 139, the bill to raise the state’s legal age to marry to 18, passed the Assembly on a 32-8 vote with both Democrats and Republicans crossing party lines.

Current law allows 16- and 17-year-olds to marry with parental consent. Those under 16 can be married with the approval of a parent as long as a judge signs off on it.

The bill’s sponsor, Assemblywoman Shannon Bilbray-Axelrod, D-Las Vegas, and other supporters said the measure would stop forced child marriages. They cited data showing minors who marry are at higher risk of abuse and more likely to drop out of high school.

Four Democrats and four Republicans voted no, with opponents saying 16- and 17-year-olds should have a legal procedure allowing them to marry if they so choose.

“No one supports children being forced to marry,” said Assemblywoman Maggie Carlton, D-Las Vegas. “My opposition is basically to the absence of a compromise on an alternative process for young adults and parents to have their request reviewed by a judge.”

Assembly Bill 186, approved 23-17 in the Assembly, would add Nevada to an interstate agreement committing states to award all their electoral votes in a presidential election to the winner of the national popular vote. The bill will only take effect if states comprising 270 electoral votes join the compact. So far, 14 states and the District of Columbia, have joined totaling 189 electoral votes.

The bill’s sponsor, Assemblyman Tyrone Thompson, D-North Las Vegas, said it’s about ensuring that “every Nevadan knows that their vote matters and counts in the election for president.”

The state, with just 3 million residents, has “fought hard for and enjoyed national political influence, and I’m not ready to cede that power to anyone or to a state that’s bigger than us,” she said.

Assembly Bill 458, which would cap the annual funding for Nevada’s Opportunity Scholarship program, passed on a straight party-line vote, 28-12. The program allows businesses to donate money toward private-school tuition for low-income students in exchange for tax write-offs. The 2015 law that created the program set annual 10 percent increases.