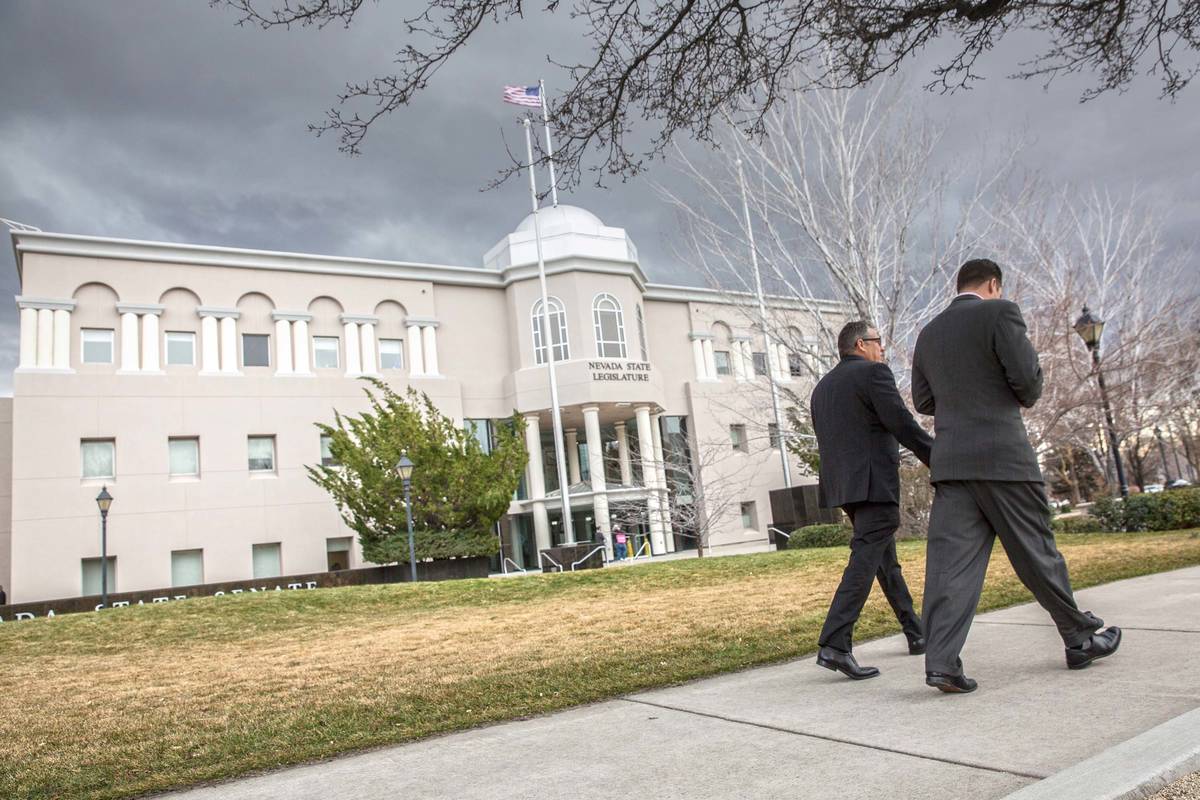 CARSON CITY — If you open it, will they come?

As that question applies to the Legislative Building, which opened to the public on a limited basis Thursday, the 74th day of the current 120-day session, the answer appeared to be, “Nah.”

Because of COVID-19 concerns, the home of the Legislature has been the exclusive purview of 63 lawmakers, legislative bureau and support staff, legislative police officers, a handful of reporters, and a smattering of other required personnel for the first 10½ weeks of the 2021 session. With vaccines fully administered to those groups as of the end of March, and amid a relatively slow transition week for the Legislature, lobbyists and others were permitted to enter the building for the first time this year.

Despite eased restrictions, there was hardly a stampede at the door. Observers counted only a few dozen more people entering on Thursday and Friday. Perhaps that was just as well, given new security requirements: For the first time ever, visitors at large to the Legislature must submit to a bag search and pass through a metal detector to enter.

Access to lawmakers is still limited, with attendance in committee meetings by reservation only, and visitor galleries in both chambers still closed to the public.

Following the April 9 deadline for bills to move out of their first committee – a cutoff that eliminated about one-third of the more than 900 pieces of legislation introduced in the Assembly and Senate – lawmakers spent much of the week moving the remaining bills through the process to get them to a final floor vote.

Bills must pass the house where they were originally introduced or die, if they are not declared exempt from the deadline.

As of Friday afternoon, with the Assembly adjourned for the week and the Senate working through multiple, largely perfunctory agendas, a rough reckoning showed about 150 pending bills that face the Tuesday deadline for passage, with nearly twice as many declared exempt or eligible for an exemption. Bills exempt by statute include spending bills and those that increase state liabilities or reduce revenue significantly.

The Assembly’s party-line vote on Assembly Bill 395, abolishing the death penalty, came Tuesday. Senate leaders demurred on whether the bill would get a hearing on their side, and Gov. Steve Sisolak, speaking to reporters the same day, reiterated his support for keeping the death penalty on the state’s books, citing “incredibly severe situations that may warrant consideration of capital punishment.”

On the Senate side, lawmakers on Wednesday took up two of 2020’s biggest domestic issues with bills to regulate police use of force and help students recover from the COVID-19 pandemic impact on learning last year. The first bill passed on party lines, the second unanimously, moving over to the Assembly.

For the sixth time, a bill with bipartisan backing that would create the Nevada inspector general’s office has been killed in the Assembly.

The idea was first proposed by former Assemblyman Chris Edwards, R-Las Vegas, back in 2015, when it died in the Assembly Government Affairs Committee. Edwards tried again in 2017 and 2019 to pass the bill but was unsuccessful.

The governor’s finance office and the Legislature already have auditors. The inspector general bill would have charged the new office with audits, investigations, inspections and reviews of state agencies and required regular reports to the governor and Legislature.

It’s a tougher sell than it appears, however: Republicans controlled both houses of the Legislature when Edwards first introduced the measure in 2015, and Democrats have had majorities in the last three sessions, when Miller sponsored it.

It seems neither party wants any inspecting.