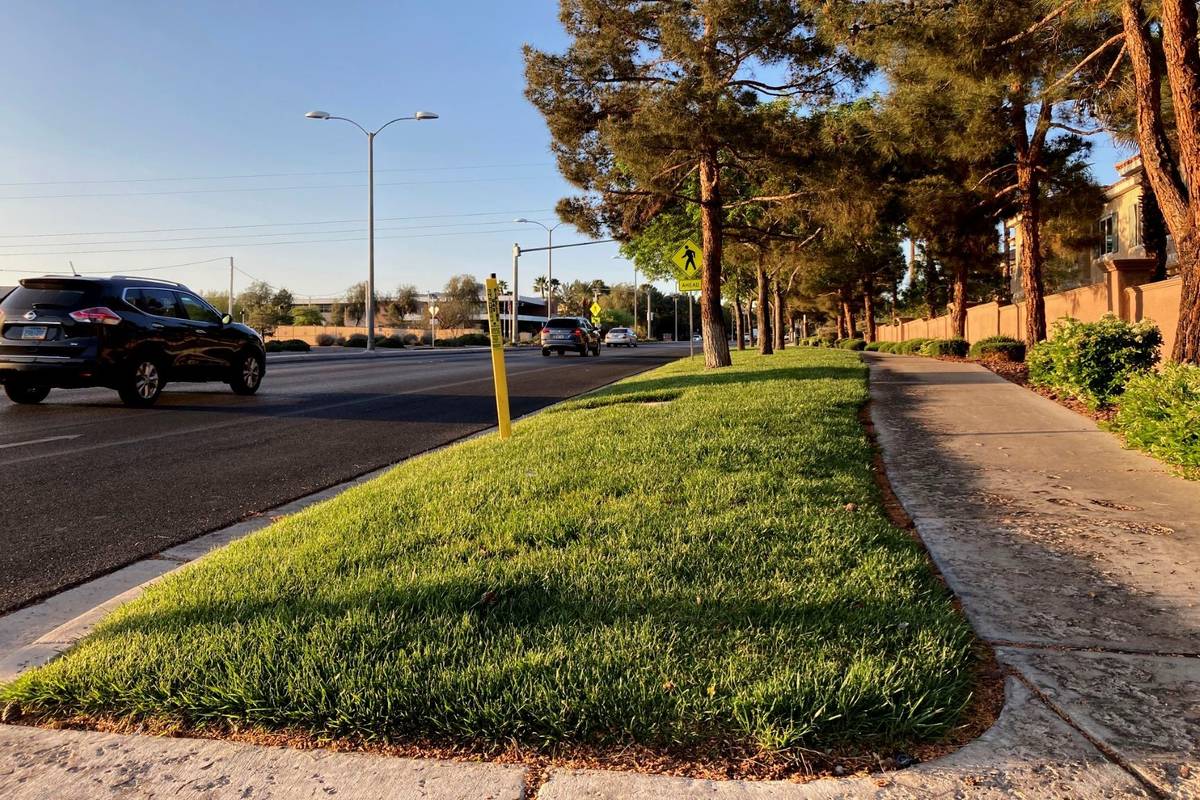 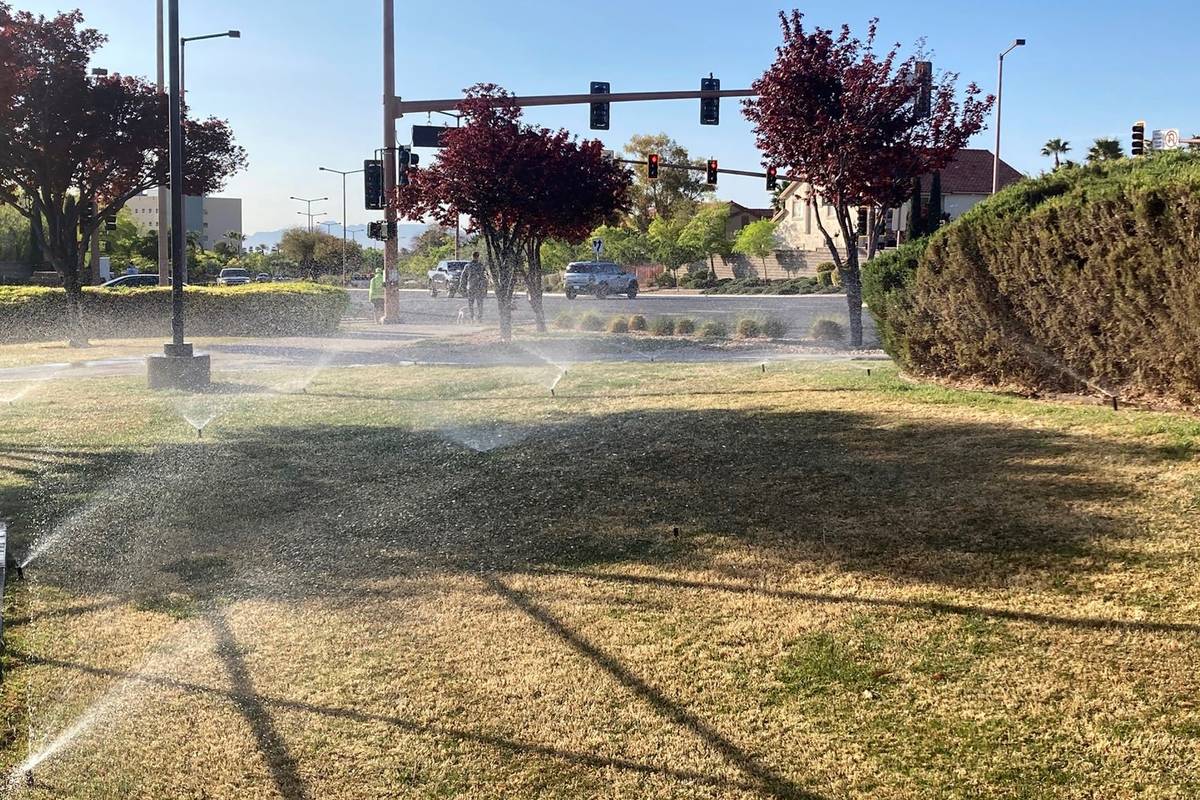 Sprinklers water grass near a street corner in the Summerlin neighborhood of northwest Las Vegas in April 2021. (AP Photo/Ken Ritter)

CARSON CITY — The days for much of the water-thirsty grass in the drought-stricken Las Vegas Valley are numbered.

Nearly one-third of all of the grass in Southern Nevada will need to be removed by the end of 2026 under a new bill signed into law by Gov. Steve Sisolak Friday, a significant conservation effort that comes as the state is facing its first federal water shortage amid declining Lake Mead levels and a two-decades-long drought that has shown no signs of ending.

“I think that it’s incumbent upon us for the next generation to be more conscious of our conservation of our natural resources, water being particularly important,” Sisolak told reporters last week when asked about the bill before he had signed it.

Specifically, Assembly Bill 356 will prohibit Colorado River water distributed by the Southern Nevada Water Authority from being used to irrigate “nonfunctional turf” starting Jan. 1, 2027. The water authority has said that this will include the grass between roads and sidewalks, in medians and traffic circles and decorative grass outside businesses, housing developments and similar areas. Single-family homes, golf courses and parks are excluded from the ban.

According to the water authority’s estimate, the new law will lead to the eventual removal of 3,900 to 4,000 acres of nonfunctional grass, or about 6 square miles worth of thirsty turf.

That’s about 30 percent of the 13,000 acres of grass currently in the Las Vegas Valley.

For more than two decades, the water authority has encouraged residents and business owners to tear out their grass, with the current incentive program offering $3 for every square foot of turf converted to desert landscaping. More than 4,500 acres of grass have been removed since that program’s inception.

For the nation’s driest state, water conservation efforts will take on even greater importance going forward as the Southwest U.S. drought has intensified and is only expected to worsen.

The latest study from the Bureau of Reclamation in May predicts that the water level of Lake Mead, which supplies about 90 percent of the water for Southern Nevada, will drop low enough this year to trigger its first federally declared water shortage. A formal declaration on the shortage could come in August if those predictions hold true.

That shortage would reduce Southern Nevada’s allocation of 300,000 acre-feet of water from the Colorado River by 13,000 acre-feet. One acre-foot of water is about what two Las Vegas Valley homes use over the course of 16 months.

The water authority estimates that the turf-removal proposal would save about 10 percent of the area’s Colorado River allocation, or about 30,000 acre-feet.