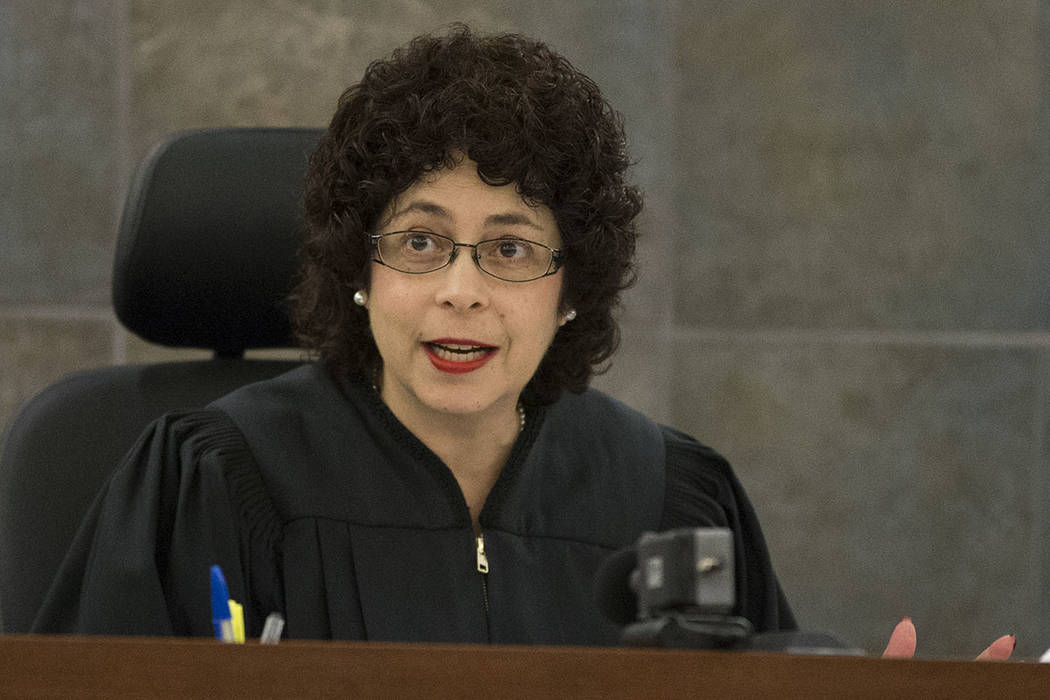 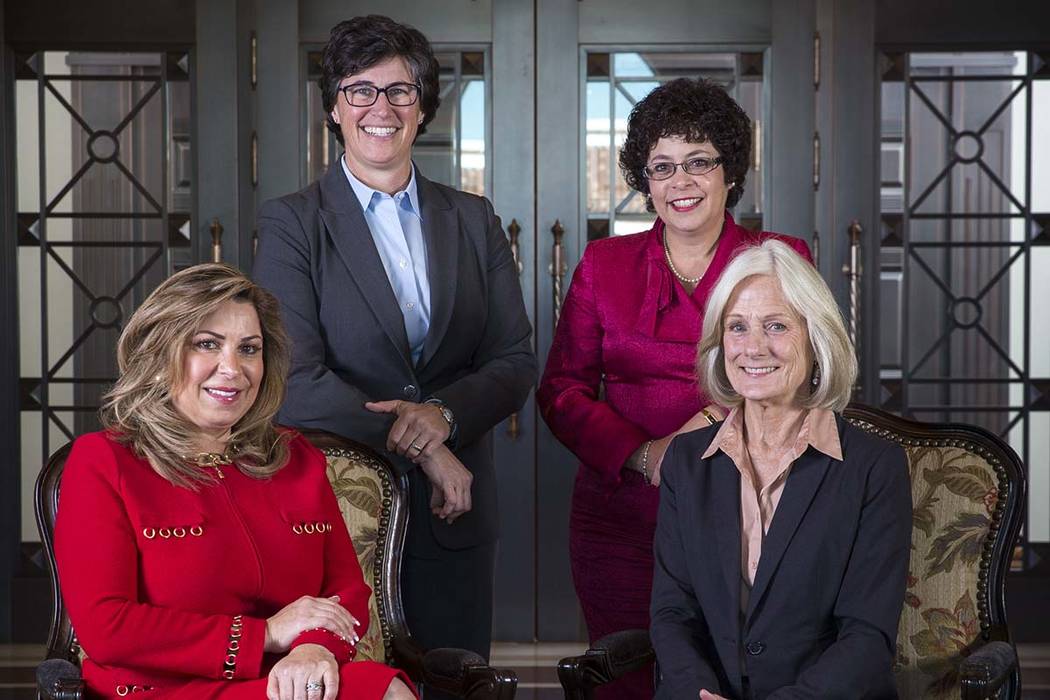 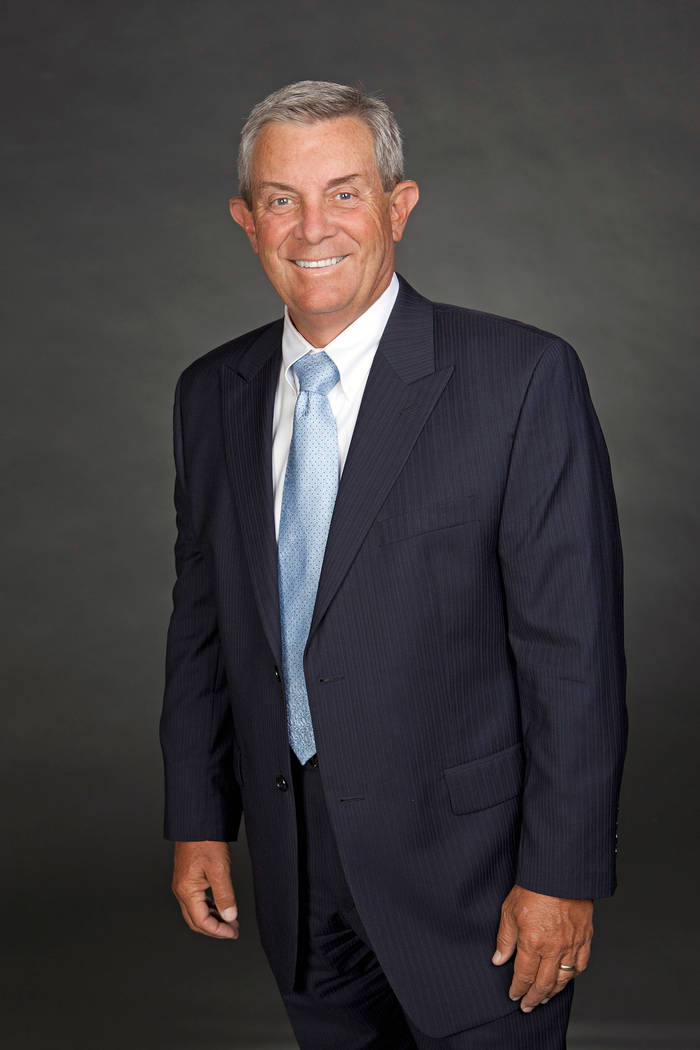 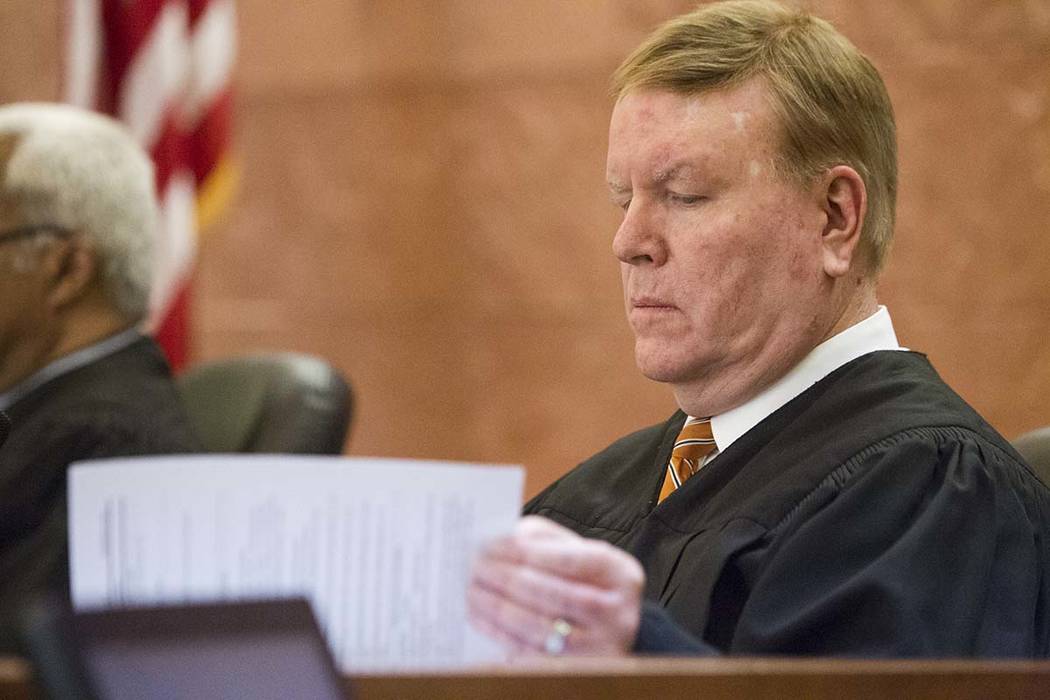 Nevada Supreme Court Justice Mark Gibbons has announced he will not seek reelection to his post in 2020. (Erik Verduzco/Las Vegas Review-Journal) 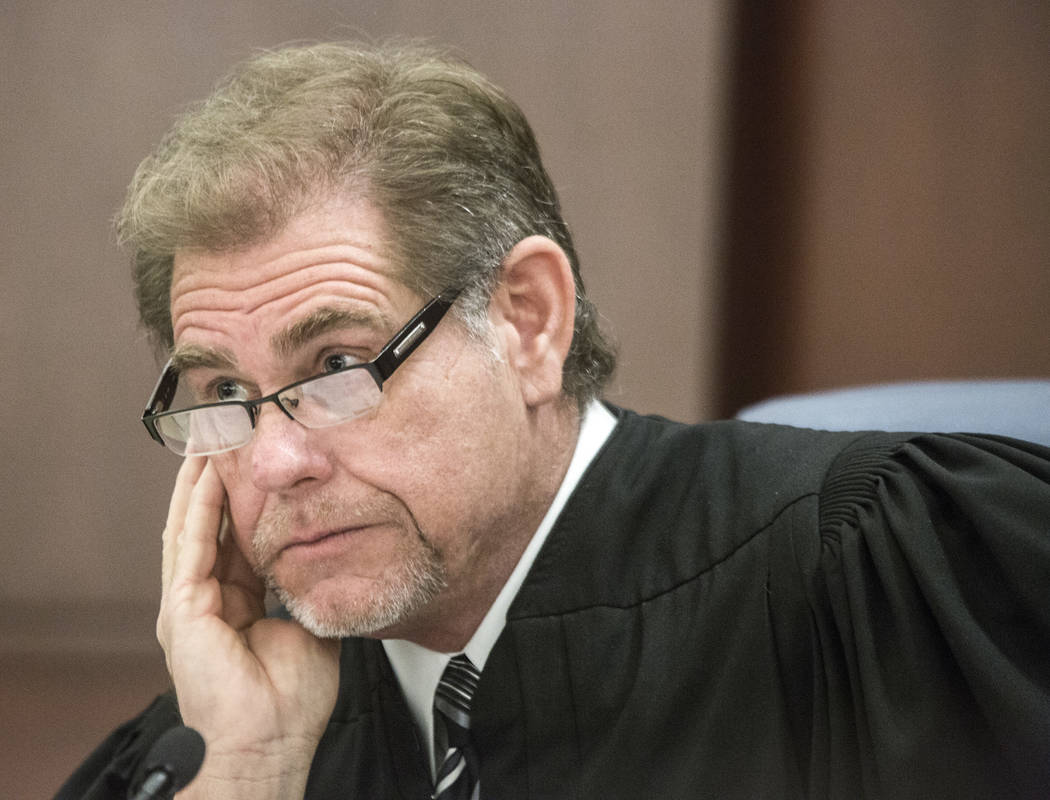 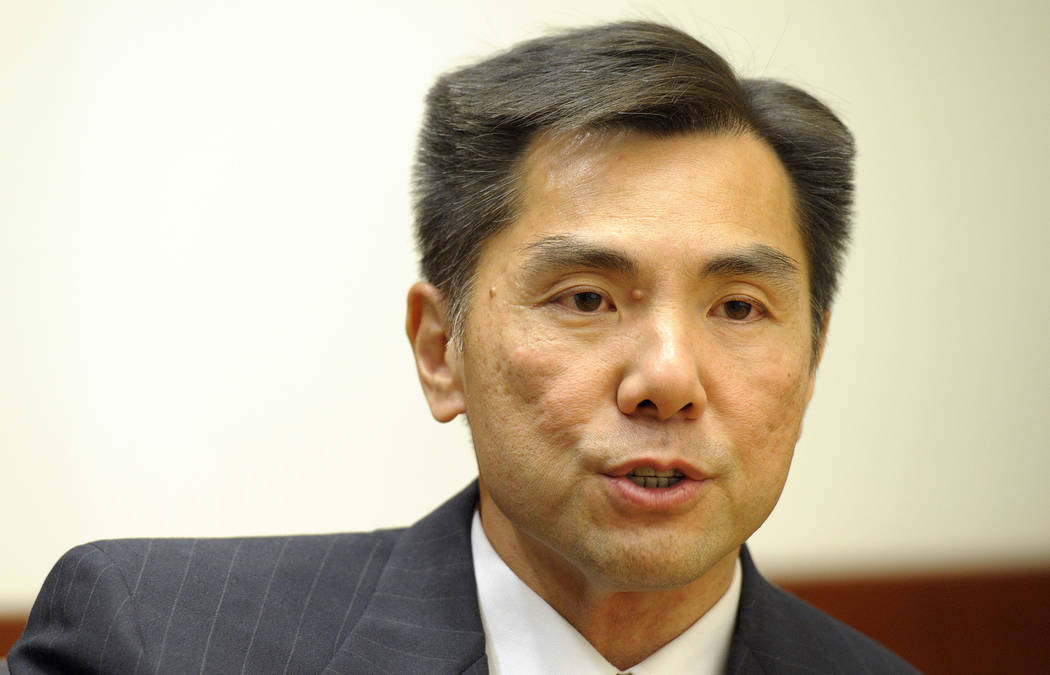 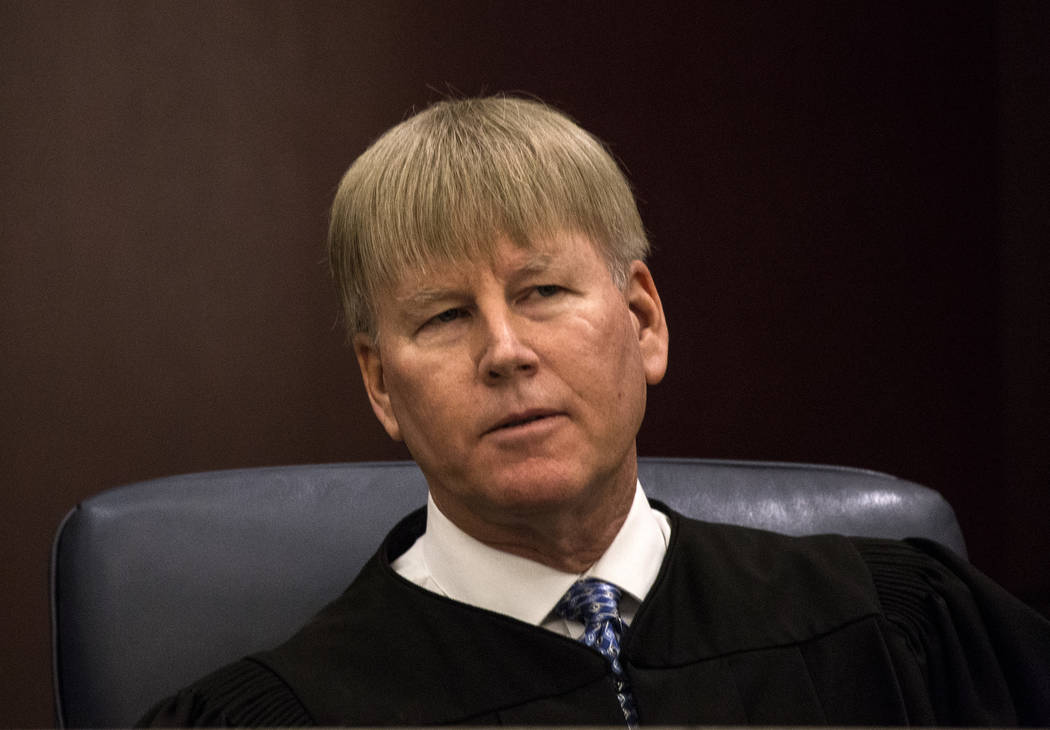 Nevada’s highest court is filled with justices who are generally knowledgeable, respectful and unbiased, according to Clark County attorneys.

As part of the Las Vegas Review-Journal’s 2019 Judicial Performance Evaluation, which invited local attorneys to rate judges with whom they have had recent case-related experience, respondents said all seven Nevada Supreme Court justices should be retained.

One of the court’s newest justices, Elissa Cadish, received the highest retention score, with 89 percent of 248 respondents recommending that she stay on the bench.

Cadish was happy with the results, especially since she only took up her post in January. According to the survey, most attorneys also agreed that she is unbiased and kind from the bench — qualities Cadish said she strives for.

“I certainly expect everyone who comes before the court to be courteous and professional in how they deal with people, and I think as the judge you need to do the same,” she said. “If you treat people with respect, then it’s easier to expect others to act that way.”

Cadish previously served for more than a decade as a Clark County district judge — a job that had more public interaction but, in the end, left huge decisions up to her and her alone.

Even though her work is now quieter — more reading, more studying, fewer hearings — she enjoys it. And she enjoys working on a team — her team specifically.

“We may disagree about the law or how the law applies to a given case, but there are no personal attacks going on or yelling or anything inappropriate like that,” Cadish said. “So I’ve really been happy with the experience.”

Another of the court’s newest justices, Abbi Silver, received the lowest retention score among the justices, with 65 percent of 226 respondents recommending that she stay on the bench.

But retention votes are meant to mock an election, where even 65 percent would be enough for her to keep her seat.

Silver, who, like Cadish, took the bench in January, declined to view her results ahead of the survey’s release and did not agree to an interview.

Gibbons announced his retirement in early November. Both his seat and that of Justice Kristina Pickering, who received a 75 percent retention score, are up for grabs next year.

Besides Silver, the only justice who fell below the 70 percent mark was James Hardesty, who was favored for retention by 66 percent of 193 respondents.

“It suggests to me that I’m doing probably what I should be doing, and that is deciding each case, case by case,” Hardesty said.

Though most attorneys also found Hardesty to be courteous and respectful, 9 percent of attorneys disagreed and 4 percent strongly disagreed.

On that note, Hardesty apologized if he did or said anything that would cause someone to answer in that way.

“I obviously have not been 100 percent successful, but I would like to say I have been successful in recognizing the importance of a courteous judicial demeanor, which is reflected in some of the comments,” Hardesty said. “This is a human experience, and sometimes we say or do something that can come across offensively, and for a couple of the comments that come across as a personal criticism, this is something that I will continue to be mindful of.”

Clark County attorneys also recommended that each of Nevada’s three Court of Appeals judges be retained.

Michael Gibbons, who has been on the court since its 2015 inception, received an 80 percent retention score.

The court’s newest judge, Bonnie Bulla, received a 62 percent retention score. She was appointed in February to fill the seat Silver vacated when she was elected to the high court.

Bulla previously served as the Clark County District Court’s discovery commissioner, charged with resolving pretrial arguments about procuring and sharing evidence between attorneys in civil cases. It’s possible some of her feedback in this year’s survey dealt with that role, which Bulla had held since 2007.

Jerry Tao, who also has been on the appeals court since its inception, received a 62 percent retention score.

A small portion of respondents felt that Tao could be biased in terms of race, gender, religion and the attorneys involved, and some anonymous comments suggested his rulings sometimes carried conservative political undertones.

Tao, previously a longtime registered Democrat who once worked as a speechwriter and legal assistant for then-U.S. Sen. Harry Reid, dropped his Democratic registration ahead of his failed 2018 bid for the Nevada Supreme Court.

Then-Nevada Attorney General Adam Laxalt, a Republican, endorsed him in the race. Tao also received support from other state Republicans.

Tao did not respond to an interview request from the Review-Journal, but he did review his results ahead of the survey’s release.

He and Michael Gibbons are up for re-election in 2022. Bulla faces an election to retain her seat in 2020.