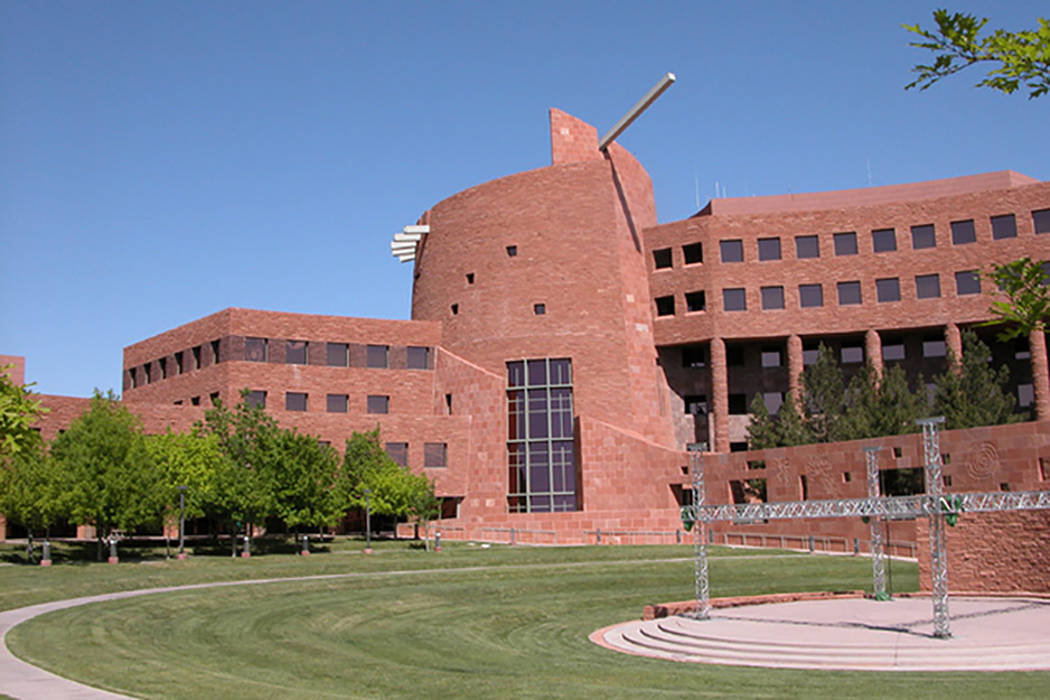 The Clark County Commission on Tuesday voted 5-2 to raise the sales tax to 8.375 percent, a bump of one-eighth of a cent that is projected to generate about $54 million annually to pay for education and social service programs.

But instead of allocating the money directly to the Clark County School District and others for specific programs, commissioners approved establishing a grant process for organizations and other government agencies, which must apply for the funds, justify their work and set measurable goals.

Commissioners will work between now and January — when the tax will go into effect — to set priorities for the money.

“Obviously I appreciate the partnership and really we’ve got a lot of work to do,” said school district Superintendent Jesus Jara after the vote. “Now it’s time to work with (district) staff to make sure that we bring a program that meets the needs of the entire community.”

The tax is set to expire in June 2021, unless the commission votes to extend it. It marks the first county tax increase in more than two years. Revenue is first expected to be collected in April.

But it is also only half the increase authorized by the 2019 Legislature.

“None of us really wants to be in the position that the Legislature put us in of having to decide today whether we are going to raise the sales tax,” Commissioner Justin Jones said. “But I think it is critical that we do take a real hard look at this.”

Commissioners Larry Brown and Lawrence Weekly voted no. Brown said he was concerned the state had shifted the burden of supporting education onto the county.

The tax, which was authorized by Assembly Bill 309, was approved by the Legislature on mostly party-line votes. It authorized county commissions in Nevada to pass a sales tax of up to one-quarter of 1 percent to pay for education programs including early childhood education, adult education, programs to reduce student truancy, recruiting and retaining teachers.

The bill also allows money raised by the tax to be used for developing affordable housing, reducing homelessness, and workforce training programs such as the one operating by the Culinary Union in Las Vegas.

But Jones introduced an ordinance that would allow for half of the quarter-cent tax. Instead of raising an estimated $108 million per year, the tax will bring in about $54 million instead.

“I think we were very clearly able to identify programs that made sense for fifty-something million dollars,” Jones said when the ordinance was introduced in August. “But it wasn’t clear yet whether we had programs that could be implemented in short order for 100-plus million dollars for next year.”

The sales tax was last raised on April 1, 2017, when it inched up 0.1 percent as part of a crime prevention bill approved by the Legislature, according to a county document tracking increases.

The vote comes against the backdrop of recent unrest in the Clark County School District, where members of the Clark County Education Association had threatened to strike this month. Union and district officials, however, struck a deal to salve the sticking point, extra pay for teachers who earned advanced degrees or received other continuing education training.

The county commission insisted on a joint meeting with the board of trustees of the Clark County School District before they would consider approving the tax, to discuss how the district would be accountable for spending the extra money. “If they don’t want to do it, then that’s kind of where we end up,” Commission Chairwoman Marilyn Kirkpatrick said at the time. “But it’s on them to prove to us that student achievement is their top priority.”

The meeting took place in July, with commissioners asking about the public being able to use school facilities.

The state constitution requires tax increases be passed by a two-thirds vote of elected officials, or a majority vote of the people. Although the Legislature passed the measure by a 12-9 vote in the state Senate, it carried a requirement for commissions to muster a two-thirds vote to implement the tax. In Clark County, that requires five of seven commissioners to vote yes.

Throughout the meeting, commissioners said they were uncomfortable with having to raise the tax to support schools, since the county isn’t directly responsible for education. Commissioner Tick Segerblom said it was the state’s inability to muster a two-thirds vote that sent the issue down to local government in the first place.

And Brown said he wasn’t sure the district was prepared to get money money that would be raised by the tax. (The ordinance as introduced called for the district to get half of the funds automatically.) “I’m not sure that the school district is ready for some of the programs that this legislation speaks to,” he said.

Commissioners Tuesday also voted to lift the expiration of another quarter-cent sales tax for water and sewage infrastructure that has generated more than $1.4 billion over the past two decades.

The Southern Nevada Water Authority urged the commission to remove the expiration to avoid losing the money. It was set to end either by June 30, 2025 or whenever revenues reached $2.3 billion, whichever came first.

Since the tax was established by Legislature in 1999, nearly $900 million has gone to the water authority and tens of millions of dollars more has been distributed to agencies and communities throughout the county to fund critical projects, water authority General Manager John Entsminger has said.

Commissioner Tick Segerblom voted against lifting the sunset clause, however, arguing that the tax was tantamount to subsidizing water rates, which doesn’t promote conservation, and the money could be better used elsewhere.