More than 223,000 mailed ballots were returned to Clark County as undeliverable mail during the June primary, according to a report by the conservative-leaning Public Interest Legal Foundation and confirmed by the Review-Journal.

Because of COVID-19 concerns, officials opted for the first all-mail election in state history. Unlike other counties, Clark County mailed ballots to all — not just active — voters, in part because of legal pressure from state and national Democrats.

About 58 percent of the undeliverable ballots belonged to inactive voters — those who have failed to confirm their address with the county but remain registered. Inactive voters are removed from the rolls entirely if they miss two consecutive federal elections.

Recent changes to the state’s election laws stipulate that only active voters will receive ballots in the Nov. 3 general election, so it’s likely the number of undeliverable ballots would decrease under the current plan.

Public Interest also audited the Clark County and Nevada state voter rolls and found that 2,358 people on the state’s active rolls were deceased. More than 2,200 of these came from Clark County. The foundation did not find any evidence of widespread misuse of these ballots.

But communications and research director Logan Churchwell said the number of deceased people and undeliverable addresses on the active voter rolls shows a need for both the county and state to clean up their records.

Other states in which voting by mail is common, such as Oregon or Utah, have had years to develop systems for doing this without much in-person interaction, he added, but Nevada must adjust on the fly as a state in which voters heavily prefer to vote in person.

“States are having to make this corrective swing, and the question is whether they have the manpower to do it,” Churchwell said.

For the primary, election staff verified the signature on each ballot and, according to Nevada Secretary of State Barbara Cegavske, there were no confirmed cases of fraud. Still, Republicans have warned of the cost of mailing hundreds of thousands of ballots and the possibility of stray ballots being fraudulently returned.

The state and national Republican parties, as well as President Donald Trump’s re-election campaign, have sued Nevada in an attempt to block the state from mailing ballots to all active voters.

Trump also questioned whether the U.S. Postal Service could handle the volume of ballots in Nevada. However, a Washington Post report on Friday stated Nevada was one of only four states not warned by the post office about possible issues with mail-in balloting.

The president acknowledged Thursday that he’s starving the U.S. Postal Service of money to make it harder to process an expected surge of mail-in ballots. Without the additional money, he said, the Postal Service won’t have the resources to handle a flood of ballots from voters who are seeking to avoid polling places during the coronavirus pandemic.

According to county records, 92,337 of the undeliverable ballots belonged to Democrats, 53,129 came from Republicans and 78,003 were identified as nonpartisan or third party.

Clark County Registrar Joseph Gloria confirmed the undeliverable ballot numbers but said he could not verify the number of deceased registrants cited by Public Interest. He said the county frequently removes dead people from its rolls, either when notified of their passing by family members or through the state.

Wayne Thorley, the state’s deputy secretary of state for elections, said Nevada updates its rolls daily with information from the state Office of Vital Records and every other month with reports from the Social Security Administration’s Social Security Death Index.

The state is also one of 31 members of the Electronic Registration Information Center, a nonprofit through which states share and compare voter data in an attempt to keep records up to date.

Nevertheless, Gloria said the county is working to update its active voter rolls and will continue to send out mailers confirming addresses.

As of Aug. 10, the state has more than 1.16 million active voters and about 1.35 million total registered voters.

Gloria said his office learned valuable lessons during the primary and was able to purchase additional equipment for processing mail-in ballots. And unlike during the primary, the county will open 35 in-person early voting sites and more than 100 traditional election-day polling places in November.

An earlier version of this story referred to the ballots as “absentee.” This was changed to “mailed” to clarify the ballots were not requested absentee ballots, but rather every registered voter was mailed a ballot. 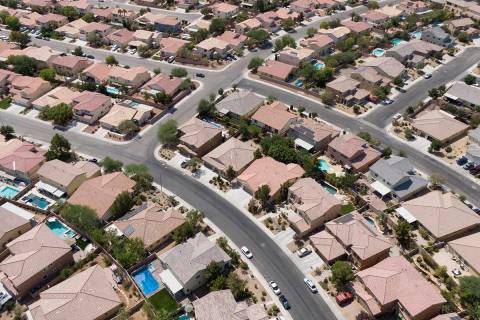