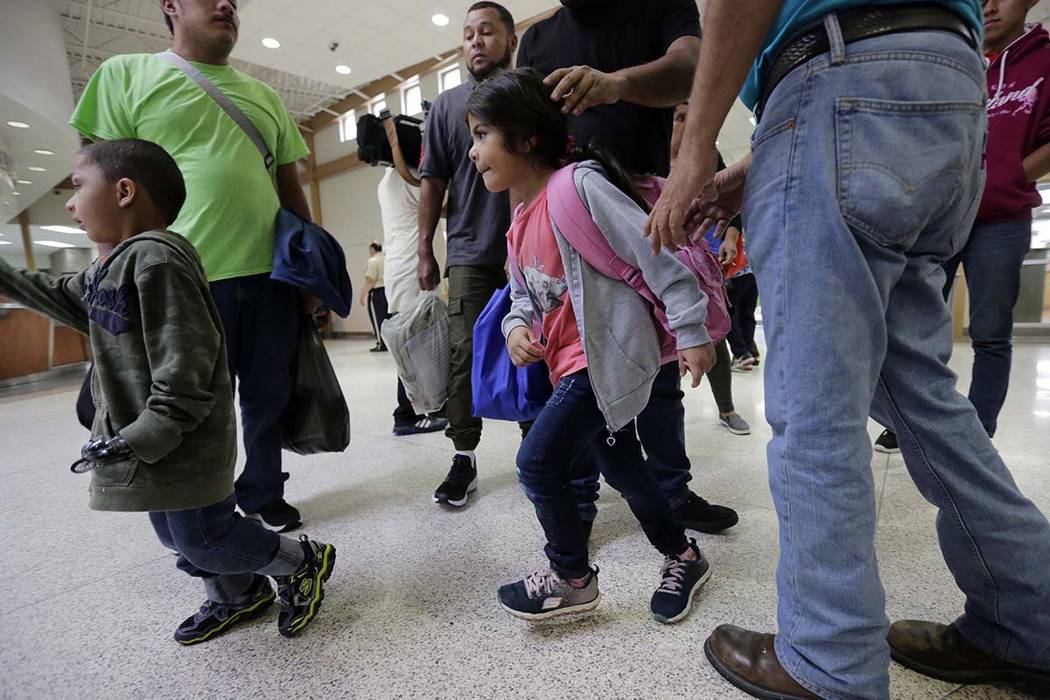 A group of immigrants from Honduras and Guatemala seeking asylum arrive at the bus station after they were processed and released by U.S. Customs and Border Protection, Thursday, June 21, 2018, in McAllen, Texas. President Donald Trump signed an executive order to end family separations at the border. (Eric Gay/AP) 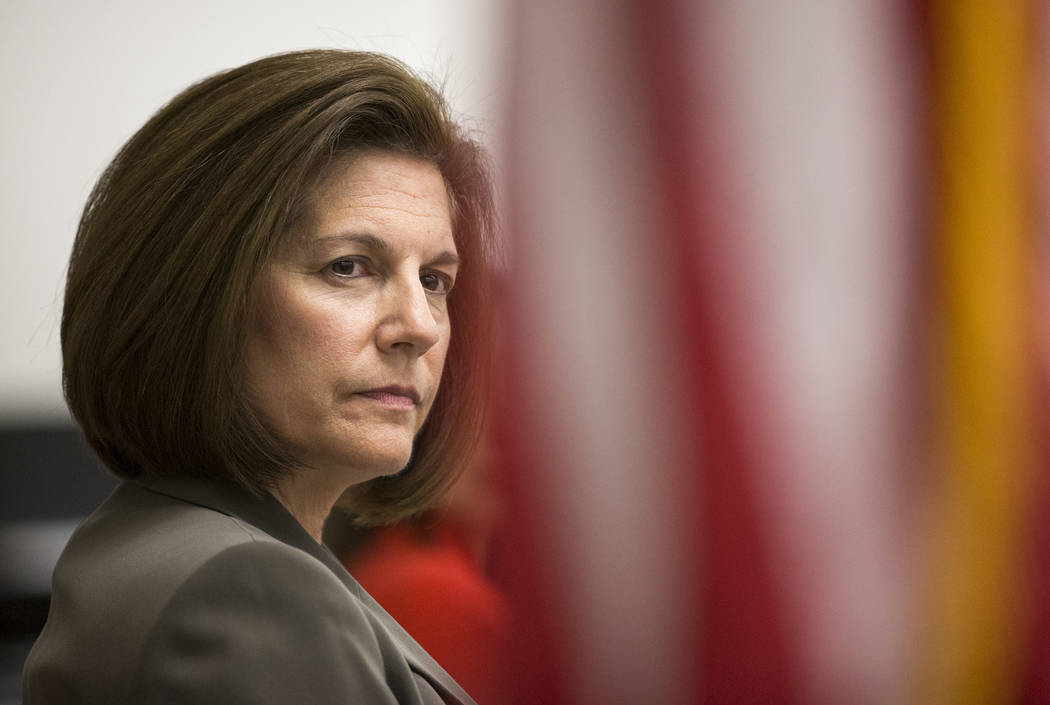 Sen. Catherine Cortez Masto, D-Nev., and students from various schools take part in a roundtable discussion on the impact of gun violence the at Las Vegas Academy of the Arts in downtown Las Vegas on Thursday, April 5, 2018. Richard Brian Las Vegas Review-Journal @vegasphotograph 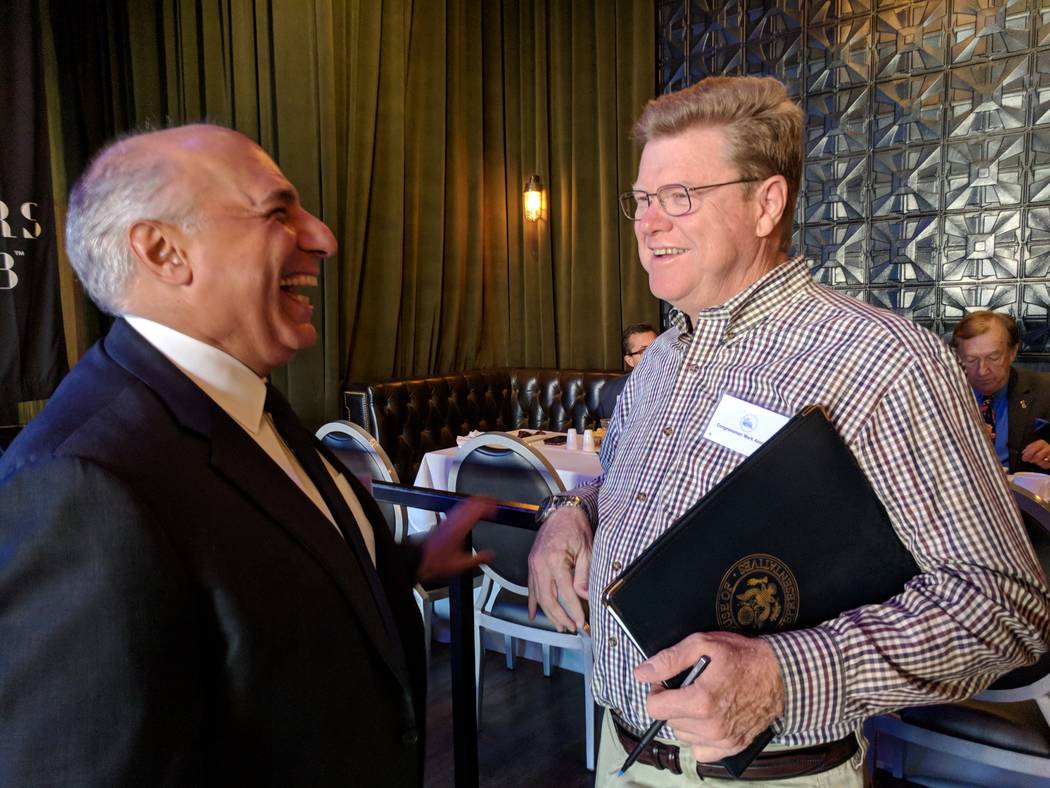 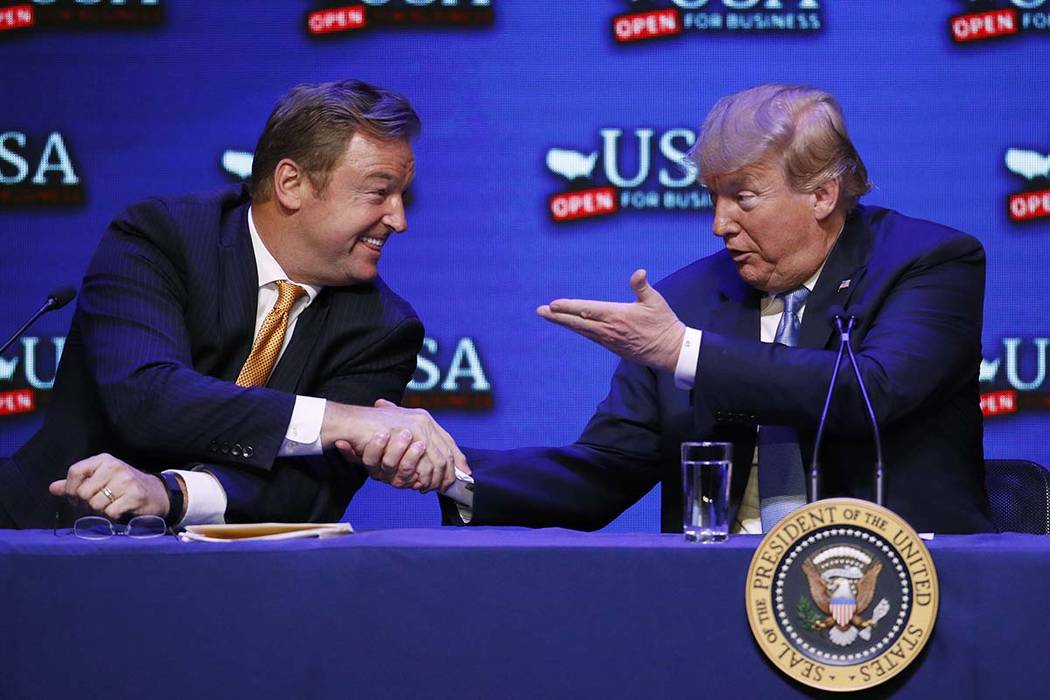 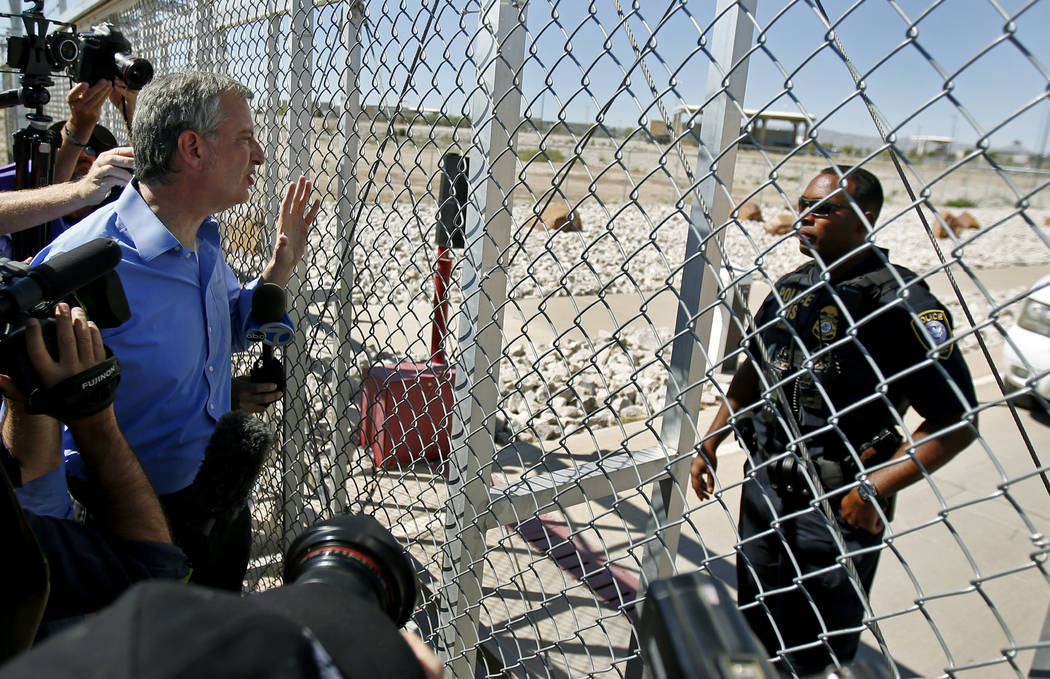 New York City Mayor Bill de Blasio, left, requests entrance to the holding facility for immigrant children in Tornillo, Texas, near the Mexican border, Thursday, June 21, 2018. About 20 mayors from cities across the country are calling for the immediate reunification of immigrant children with their families. (Andres Leighton/AP)

WASHINGTON — Despite increasing public pressure and mixed messages from the president, House lawmakers will again attempt to pass an immigration bill this week while senators seek a legislative fix to quell the uproar over the separation of families on the southern border.

House Republicans failed to bridge a party divide last week and pass a conservative immigration bill that would have strengthened border security but provided only temporary relief to undocumented immigrants brought here illegally as children.

After President Donald Trump tweeted that Republican efforts were futile because the GOP lacked to votes in the Senate to overcome Democratic opposition, House leaders abruptly pulled a compromise bill from the floor from consideration.

House GOP leaders have since worked on provisions designed to attract more conservative votes for the bill, including expanding the federal E-Verify program to check immigration status and providing visas for agricultural and seasonal workers.

Rep. Chris Collins, R-N.Y., was hopeful “some arm-twisting” by leaders would result in votes to push the bill over the hill. He’s on board.

“We have a chance,” Collins said, while conceding that the outcome was still in doubt. “It’s going to be difficult.”

Meanwhile, the glare of media coverage of family separations at the border prompted GOP senators to seek a narrow bill that might attract some Democratic support.

Sen. John Cornyn, R-Texas, filed a bill that would provide a legislative stop to the separation of children from parents and streamline adjudication of cases involving families entering the United States at the southern border.

Sen. Dean Heller, R-Nev., is one of many GOP co-sponsors.

So far, no Democrats have backed the measure.

Instead, they have co-sponsored legislation by Sen. Dianne Feinstein, D-Calif., that would prohibit the Department of Homeland Security from separating children from parents. Sen. Catherine Cortez Masto, D-Nev., is one of 31 Democratic co-sponsors.

Cortez Masto was scheduled Monday to tour a children’s detention facility in Brownsville, Texas, an Immigration and Customs Enforcement center in Los Fresnos and a port of entry at Hidalgo.

Meanwhile, a similar bill was filed in the House by Rep. Jerrold Nadler, D-N.Y., and co-sponsored by Nevada Democratic Reps. Dina Titus and Jacky Rosen.

Republicans have blocked Democratic legislation on immigration. And Democrats in the House remain united against Republican immigration bills.

GOP leaders did not include Democrats when they cobbled together legislation that slashed legal immigration levels and called for $25 billion in funding for a border wall.

“The problem for Republicans is they want the immigration bills to be completely Republican bills rather than bipartisan bills, without any Democratic input,” said Rep. Joaquin Castro, D-Texas, a vice chairman of the Congressional Hispanic Caucus.

“You can’t get the support you need in this chamber like that,” Castro said.

Even Republican rank-and-file members were left out of the process of writing the immigration bills.

Rep. Mark Amodei, R-Nev., was critical of leadership for the process, which didn’t allow amendments and appeared to be a slapdash attempt to write legislation.

The Nevada lawmaker said he voted for the conservative bill last week because it would have provided temporary protection from deportation for undocumented immigrants brought into the country illegally as children, known as Dreamers. The bill also would have strengthened border security.

While better than the status quo, Amodei said it was far from the optimal solution.

There were 41 Republicans who voted against the conservative bill.

Amodei was one of 23 Republicans in the House that forced the immigration debate to the fore by threatening to use a rare procedure known as a discharge petition to demand a vote on a bipartisan bill to address the status of Dreamers.

The GOP compromise bill was originally designed to address the Dreamers eligible for the Obama-era Deferred Action for Childhood Arrivals, or DACA. House leaders were forced to include a remedy for family separations after Trump’s “zero tolerance” policy drew worldwide condemnation.

Congressional Republicans voiced outrage over the family separations, and the party is deeply divided over how to address the plight of Dreamers, who remain protected under a federal court order.

Both issues are the result of Trump administration actions.

Trump ended DACA in September, and the administration announced in April the zero-tolerance policy to prosecute those entering the country illegally.

The process separated over 2,000 families. Children were held separately from parents, a disclosure that prompted an outcry from religious and world leaders.

The backlash prompted the president to reverse course on the separations, although federal agencies have released little information on how they plan to proceed.

Trump also called on Congress to provide a legislative fix, then called its efforts futile and blamed the separation policy on Democrats.

Conservatives oppose providing a path to citizenship for DACA recipients and family-based immigration. They do not want to codify the Obama-era DACA policy, which some moderates favor.

And even if GOP leaders bridge the gap between conservatives and moderates and pass the bill, its future remains in doubt.

The Senate brought up immigration bills to address DACA earlier this year. None received the 60 votes necessary to advance to the floor for a vote.