Las Vegas policymakers on Wednesday expanded a controversial ban on camping and sleeping in public to include hours when public sidewalks are being cleaned, an action castigated by homeless advocates as another move to criminalize the less fortunate.

When sidewalk cleaning is in effect, it will be a misdemeanor crime to camp, sleep, lie, sit or otherwise obstruct city efforts to sanitize the sidewalks, according to language in the bill.

The city’s chief of Department of Operations and Maintenance, who is authorized to designate hours for cleaning public sidewalks, will be required to post signs or markings to give notice of those hours.

The City Council enacted the ordinance by a 5-2 vote without discussion. Councilwoman Olivia Diaz and Councilman Brian Knudsen, both of whom voted late last year to oppose the broader camping ban, which is contingent on shelter availability, also voted against the sidewalk-cleaning ordinance.

Mayor Carolyn Goodman sponsored the new bill, casting it as necessary to ensure a sanitary community and urging the advocates to get involved with city efforts to help the homeless.

Many said they are involved, however, and one advocate, Nathaniel Phillipps, was clear: “We know more than you on this issue.”

Speaking to the city’s broader effort to address the multifaceted homelessness problem, Goodman has described the newest ordinance as “pretty perfunctory,” saying that sidewalk cleaning is necessary to remove urine, feces, needles and other waste and to protect homeless individuals and the public.

City officials have maintained they are trying to stave off a public health crisis amid the rise of homeless encampments in downtown. But critics, who also condemned the camping ban approved in early November, renewed previous arguments Wednesday that city policy is endangering and unfairly targeting a vulnerable population.

Misdemeanor crimes are punishable by up to six months in jail and up to a $1,000 fine. But advocates pressed city officials to make it easier for homeless people to cope with the law by reducing the severity of the penalty, which they noted was more stringent than parking fines.

“If a person can’t afford to eat, they can’t afford $1,000 or a misdemeanor,” said Carmella Gadsen, a staff member with Battle Born Progress. “We are advocating for people who have nothing.”

The ACLU joined other nonprofit groups and individuals protesting the ordinance outside City Hall before the start of the meeting.

The ordinance enacted Wednesday does not explicitly define the zones — downtown or residential — where enforcement will occur.

It also does not provide an estimated frequency or duration for sidewalk cleaning nor detail whether offenders would receive warnings before enforcement — an element present in the first camping ban.

The City Council voted 5-2 on Nov. 6 to outlaw camping and sleeping in public areas downtown, and in residential areas throughout the city if there are beds available at established homeless shelters. The ordinance went into effect nearly immediately, but the criminal component is not being enforced until Feb. 1.

City officials have stressed that a ban on camping in public areas is not unique, with many other communities across the country having similar ordinances on the books. 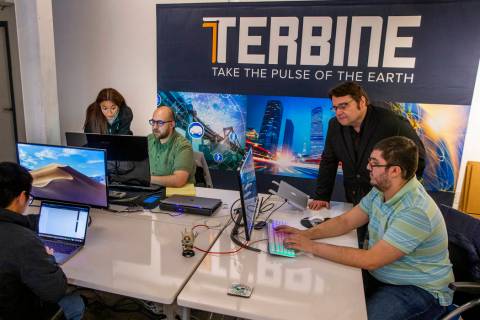 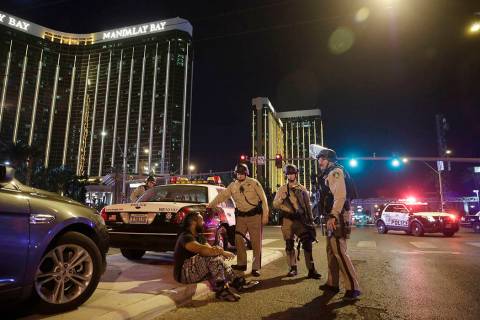 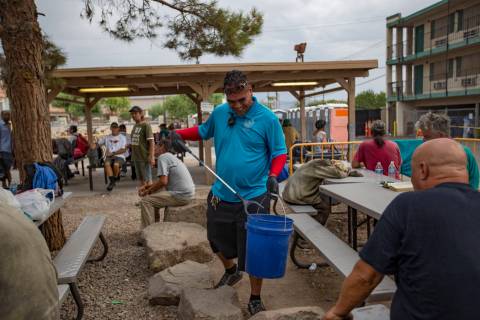 Private sector contributions to the city of Las Vegas’ homeless Courtyard significantly slowed this year through the city fund set up for philanthropic investors, records show.