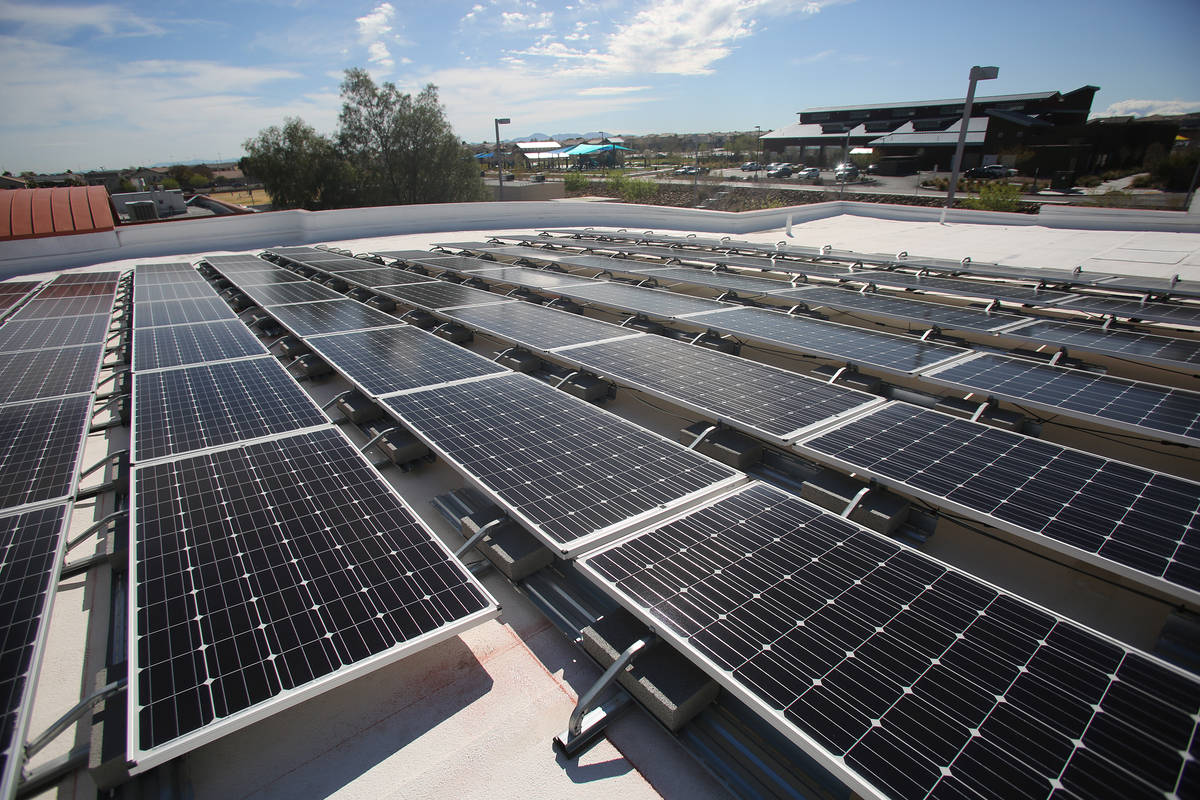 The city of Las Vegas ranks in the top 10 for solar energy supply nationwide, according to the latest annual survey of U.S. cities by a national environmental advocacy group.

In the seventh annual report on solar energy in major American cities by Environment America Research and Policy Center, the city ranks seventh in solar energy supply per capita and 10th in total supply.

The survey of 70 municipalities, released Wednesday and in partnership with Frontier Group, found the city is supplying more than 164 watts per person of solar energy, more than nearby cities such as Los Angeles and Phoenix.

“The city of Las Vegas has long been a leader when it comes to sustainability,” Las Vegas Mayor Carolyn Goodman said in a statement. “We work very hard to ensure that the needs of the present are met without compromising the needs of future generations. Our work with solar and renewable energy is an example for other cities to follow.”

Notably the city receives 100 percent of its power from renewable energy, a goal for city-owned facilities that was reached in 2016 after years of striving.

“This is one more accomplishment Las Vegas can add to its big and bright reputation,” Levi Kamolnick, state director of Environment Nevada Research and Policy Center, said in a statement.

Kamolnick pointed to “a concerted push by lawmakers to capitalize on our state’s most abundant natural resource” but also noted that more could be done, including investments in efficiency, storage and wind energy.

“As we look to protect our health and get our economy running in the wake of the COVID-19 pandemic, we need to make smart policy decisions,” he said. “That means investing in infrastructure designed around a future powered completely by renewable energy.”

The city of Honolulu ranked first for solar energy per capita while the city of Los Angeles was rated best for total installed capacity, according to the report, Shining Cities 2020: The Top U.S. Cities for Solar Energy.

Fifty-seven cities have been surveyed in all seven editions of the report, researchers said. Nearly 90 percent of those have at least doubled their total installed solar supply between 2013 and 2019.