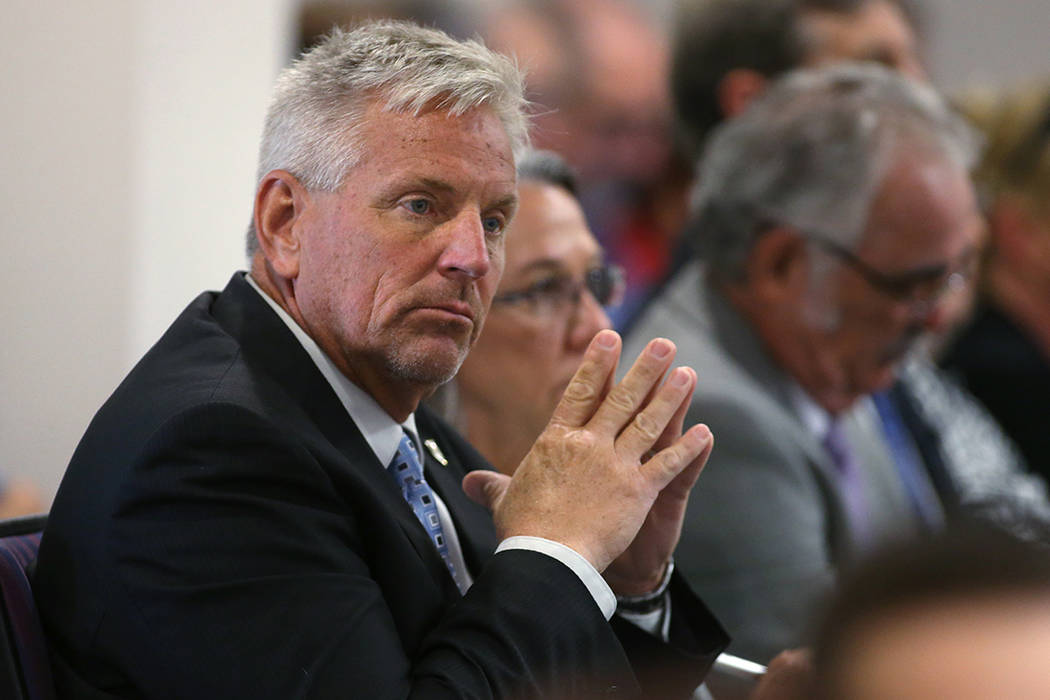 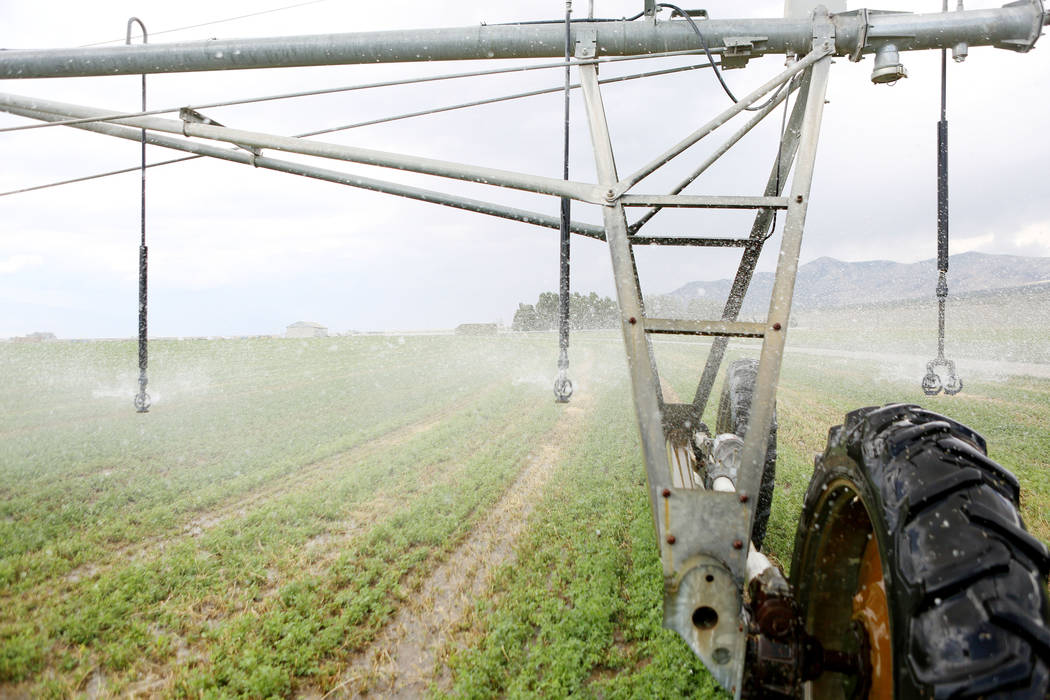 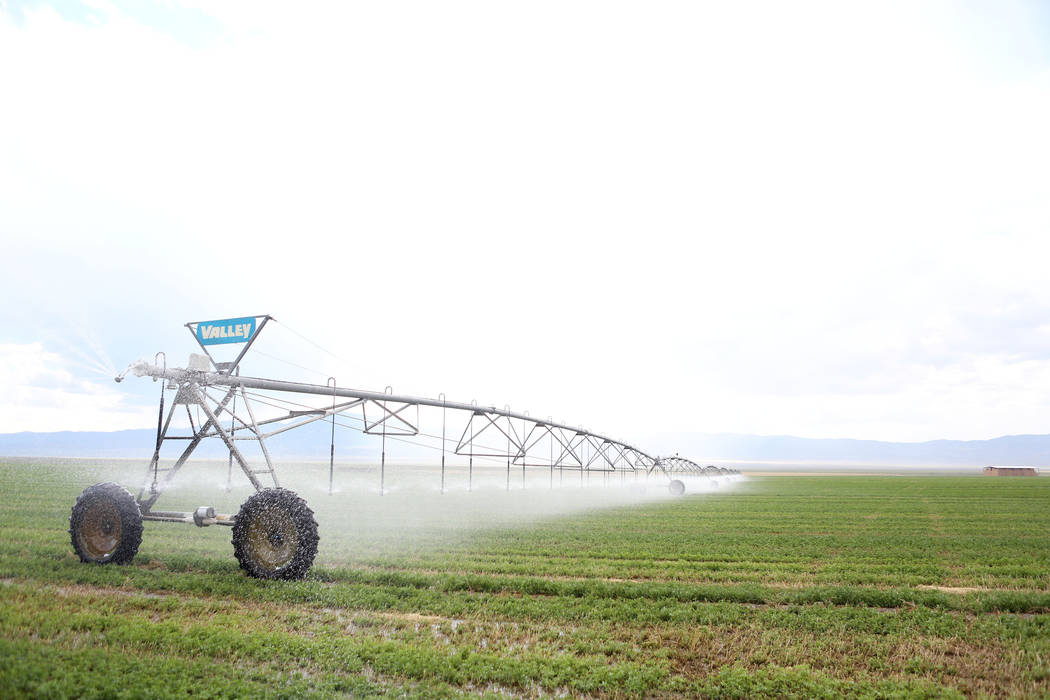 The state’s top water regulator has rejected the Southern Nevada Water Authority’s applications to pump groundwater to the Las Vegas Valley from across eastern Nevada, but not because he wanted to.

State Engineer Jason King made it clear Friday that his hand was forced by a court order he doesn’t agree with, and he left the door open for future approval of the controversial pipeline project.

In a 111-page order, King said the authority’s applications are being denied because of District Court directives that, in his opinion, run counter to the duties of the state engineer “and represent poor water policy for all Nevadans.”

“Although the state engineer believes there is water to appropriate in the four subject groundwater basins, he is precluded from doing so as a result of the scope of those remand issues” ordered by the court, King said in his ruling.

Simeon Herskovits, longtime lawyer for opponents of the pipeline, stopped short of declaring victory, but he said the decision is a step in the right direction. “Now we finally have the state engineer doing what the courts say he must do under the law,” the New Mexico-based attorney said.

Some of his clients were less restrained.

Abigail Johnson of the Great Basin Water Network, an anti-pipeline advocacy group based in the tiny White Pine County town of Baker, declared the project “dead in the water.”

“After a string of court victories, we have a decision showing that the water is not available for this project without hurting the area’s existing water rights and environment,” Johnson said in a written statement.

Since 1989, Las Vegas water officials have been pushing plans to tap groundwater up to 300 miles away as a backup supply for a growing community that gets 90 percent of its drinking water from the Colorado River.

The idea has drawn fierce opposition in Nevada and Utah from rural residents, ranchers, American Indian tribes, conservationists, outdoor enthusiasts and even the Mormon Church, which operates a large cattle ranch in one of the White Pine County aquifers targeted by the authority.

Critics argue the project will drain a large swath of arid eastern Nevada, destroying the landscape and the livelihoods of those who depend on it — all while producing too little water to justify the project’s multi-billion-dollar price tag.

In 2012, King granted the authority permission to pump up to 84,000 acre-feet a year from four rural valleys in Lincoln and White Pine counties.

But a 2013 ruling by Senior District Judge Robert Estes struck down that decision, effectively stripping the SNWA of the water it needs to fill its pipeline by sending the matter back to the state engineer further review.

Specifically, Estes directed King to recalculate and likely reduce how much water the authority can safely be allowed to pump, in part to ensure that the water table in the largest of the basins would reach equilibrium within a reasonable amount of time.

In Friday’s ruling, King calls that directive an attempt by the court to impose “new water policy into the science of water appropriation in Nevada.”

Authority officials agree with him. In a statement Friday, the wholesale water supplier for the Las Vegas Valley said it is eager to see an appeal of King’s reluctant denial of their water applications.

“Today’s ruling by the office of the Nevada state engineer demonstrates the difficulty it faced in applying state water law while also complying with the court’s contradictory remand order,” the statement from the authority said. “We look forward to these issues being resolved as the legal process moves forward in the District Court and the Nevada Supreme Court.”

Though King denied the authority the water it was seeking, he did uphold its so-called monitoring, management and mitigation plans, which spell out how the agency intends to track and repair any damage caused by large-scale groundwater pumping.

King approved those plans “subject to reinstatement of any water appropriated,” despite criticism from opponents who say the proposed protection scheme is inadequate and unenforceable. “We think it’s as big a sham as it’s ever been,” Herskovits said.

By his count, this marks the fourth time the state engineer has ruled on water for the pipeline in the 13 years he has spent arguing against the project through multiple court challenges, appeals and rehearings.

Herskovits said it’s easy to guess what will happen next but impossible to predict much beyond that.

“We all know we’re headed back to District Court and inevitably the state Supreme Court,” he said. “I don’t know what this says about how this will all turn out in the end. We’ll see.”

How much water will agency be allowed to pump out of rural Nevada?