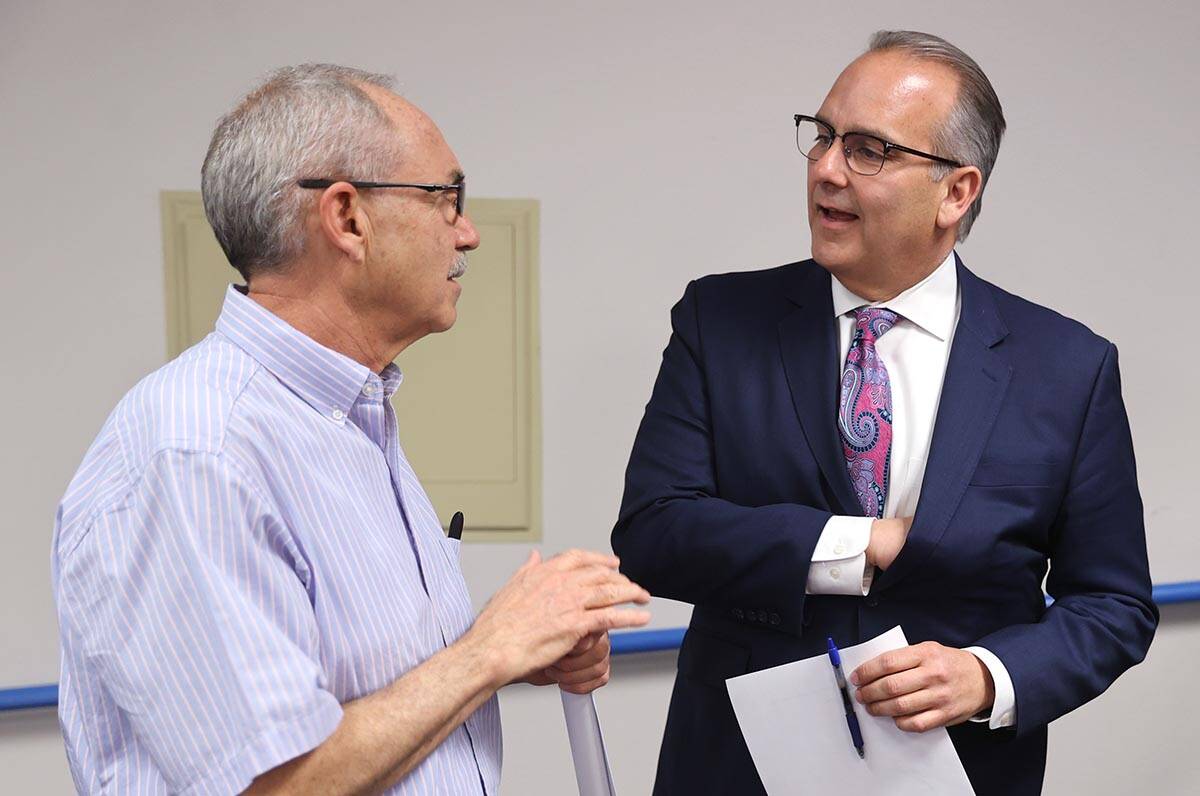 On Tuesday, the district announced it was boosting starting teacher pay by $7,000, from $43,000 to $50,000. That pushes a new teacher’s total compensation well past $70,000. Pretty good for a job that also includes two months of summer vacation.

Superintendent Jesus Jara contends the hefty pay hikes are necessary to address the ongoing teacher shortage. The district’s website shows more than 1,500 openings for teachers and other licensed personnel.

“CCSD has not been fully staffed since 1994,” Jara said at a news conference. The higher starting salary will allow us “to compete” for teachers.

On the surface, this makes sense. The supply of teachers is too low, so increasing starting pay will attract candidates.

But there’s a problem. The district tried this approach in 2016, under Superintendent Pat Skorkowsky. The district raised starting teacher pay from $34,600 to $40,900. It also boosted the top of the pay range by nearly $19,000.

What happened next is instructive. The district had around 320 vacancies to start the 2016-17 school year. That was a marked improvement over the 881 vacancies it had to start the previous school year. But it didn’t last. The number of openings steadily increased. In 2019, it was 755. Last November, it had more than 840 vacancies.

While the district is very good at hiring new teachers, it’s terrible at retaining them. A 2017 analysis by the Review-Journal found that 16 percent of teachers who started during the 2015-16 school year left within a year. The three-year turnover rate was almost 30 percent.

It doesn’t matter how many teachers you hire if you can’t keep them around. This is the issue the district should be digging into. Many potential causes jump to mind.

Jara’s restorative justice policy, which called for going soft on rule breakers, led to increased school violence. Students even started attacking teachers. Jara’s decision to reverse course and punish students will lead to less violence eventually. But the threat of being physically attacked likely made many teachers think twice about returning.

One size doesn’t fit all students or all teachers. If there were multiple districts in Clark County, a discontented teacher could find a better fit. Charter schools do provide more options for teachers, but that doesn’t help traditional public schools.

Also, the salary schedule itself doesn’t reward teachers for performance. It’s understandable that high-performing teachers would start looking elsewhere. Or they may feel frustrated about a lower-performing colleague earning more than they do.

Regardless of the cause, it’s easy to predict how this will play out. The pay hike will temporarily decrease teacher vacancies. The teacher shortage will return quickly as the district fails to retain new hires. Then, the district will demand more money to avoid cuts. Rinse and repeat until Nevada passes universal school choice.