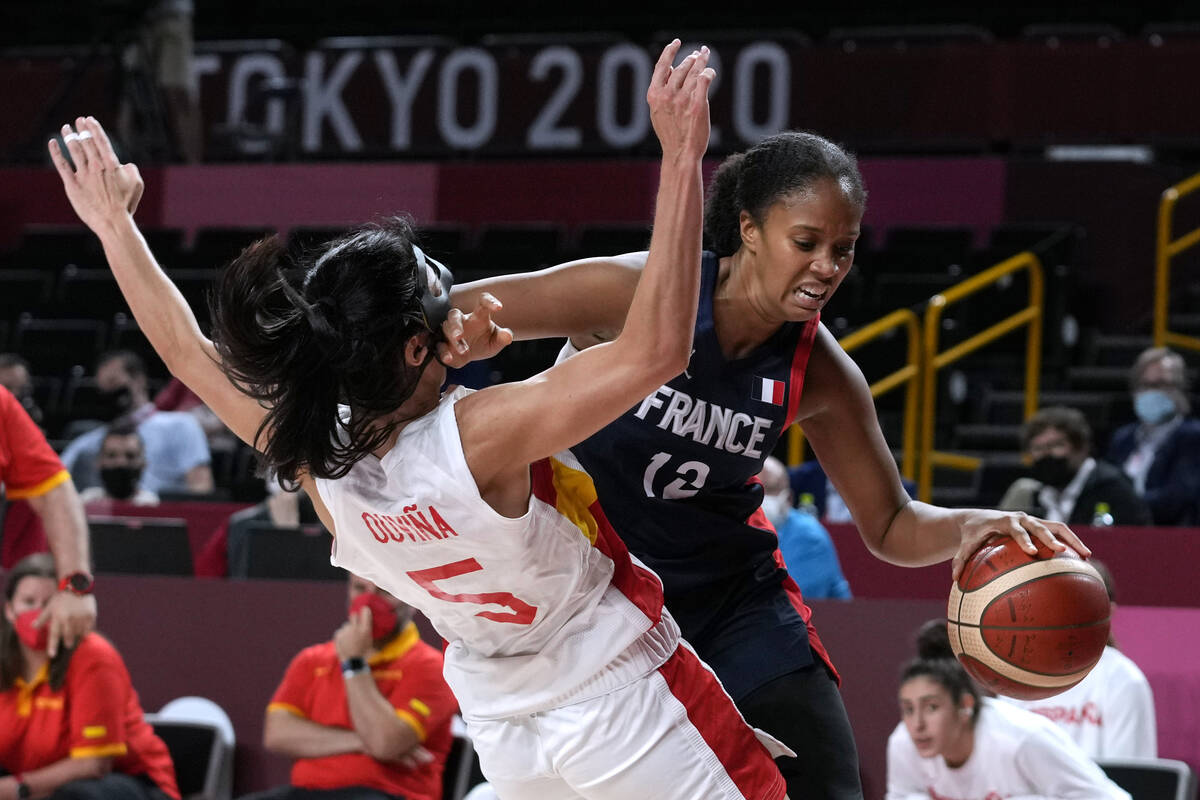 The Aces, who have relied heavily on their starters this season, have added some much-needed help for their bench.

“She’s a great addition to our team,” general manager Natalie Williams said. “She’ll help us inside, she can stretch the floor like (coach) Becky Hammon likes. She’s able to shoot the 3, but she’s not afraid to mix it up inside as well.”

The 6-foot-4-inch Rupert dressed for Sunday’s game against the Minnesota Lynx but didn’t play. Williams said Rupert might be ready to play Tuesday when the Aces host the Chicago Sky, the defending WNBA champions, at Michelob Ultra Arena.

Rupert, 20, arrives with lots of experience. She just finished her fourth season in the Ligue Feminine de Basketball, the top professional league in France, and was named EuroLeague Young Player of the Year in the 2020-21 season with Tango Bourges Basket.

“More and more Europeans are making this big step,” Rupert said. “I wanted to be one of them.”

Rupert was selected by the Aces with the No. 12 pick, but didn’t join the team immediately because of her commitments to the French national team at the European Women’s Basketball Championships and the Tokyo Olympics, where she won a bronze medal.

Rupert said she thinks the extra year allowed her to refine her abilities for the pace and skill level of the WNBA. She also got to learn from WNBA players Gabby Williams (Seattle Storm) and Marine Johannes (New York Liberty) while playing on the French national team.

But Rupert’s arrival in Las Vegas wasn’t guaranteed. The Aces hired Williams to replace Dan Padover before the season, and Hammon was named coach after Bill Laimbeer’s retirement. The moves left Rupert in a difficult spot, and she didn’t find out the Aces were still interested in her until April.

“They recognized my game even though they weren’t the same people who drafted me,” she said.

Rupert has spent the past few months preparing for the WNBA while competing in France. She tried to watch as many Aces games as possible, even though they often started at 4 a.m. because of the time difference.

She also continued to improve on the court. Rupert led Bourges to an LFB Championship and a EuroCup title this season. She averaged 13.1 points and 6.8 rebounds on 52.2 percent shooting in league play and hit 32.5 percent of her 3-pointers.

“She’s played in big games internationally,” Williams said. “She’s not afraid of the challenge of competing at this level, and she’s already proved herself at a high level.”

Rupert brings needed size to the team, which has struggled at times against bigger opponents. She can’t wait to make her debut.

“Having the opportunity to come now, especially to this team … I’m just super happy,” she said.